Xi Jinping visits Uzbekistan ahead of meeting with Vladimir Putin

"Chinese President Xi Jinping arrived here (in Samarkand) Wednesday evening to pay a state visit to Uzbekistan and attend the 22nd meeting of the Council of Heads of State of the Shanghai Cooperation Organisation (SCO)," the official Xinhua news agency said.

The SCO - established in 2001 as a political, economic and security organisation to rival Western institutions - will bring together Xi and Putin, as well as leaders from India, Pakistan, Kazakhstan and other ex-Soviet Central Asian countries.

Xi was met at the airport by officials including Uzbek President Shavkat Mirziyoyev and Prime Minister Abdulla Aripov, Xinhua said.

The Chinese leader was to hold talks with Mirziyoyev on "deepening bilateral cooperation, and on regional and international issues of shared interest," it said, adding that Xi "looks forward to attending the SCO Samarkand Summit, and working with all parties to carry forward the Shanghai Spirit."

Xi flew to Samarkand from Nur-Sultan in Kazakhstan, where he met with President Kassym-Jomart Tokayev in his first trip overseas since the early days of the coronavirus pandemic.

There, the Chinese president vowed full support for the Central Asian country, which has been spooked by Russia's invasion of Ukraine.

Kazakhstan is part of Beijing's Belt and Road Initiative (BRI), a trillion-dollar push to improve trade links across the globe by building landmark infrastructure. 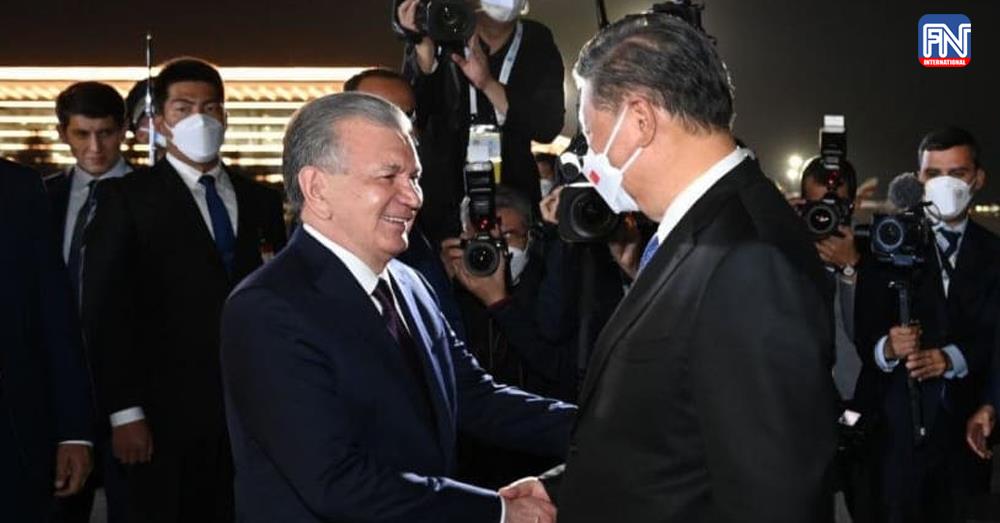