Asked in an interview with Russian television channel Rossiya-1 if Russia would replace the European Nord Stream 2 with the Asian Force Siberia 2, Novak said: "Yes."

Earlier in the day, the minister, on the sidelines of a visit to Uzbekistan, said Russia and China would soon sign agreements on the delivery of "50 billion cubic metres of gas" per year via the future Force 2 pipeline in Siberia.

This volume will almost represent the maximum capacity of Nord Stream 1 - 55 billion cubic metres in total - which has been shut down since Sep 2.

A third of Russian gas supplies to the European Union had passed through the strategic pipeline, which links Russia to Germany.

Construction is due to start in 2024.

It will therefore replace the Nord Stream 2 project, long backed by Germany but which Washington viewed dimly, and which the West has scrapped since the Russian offensive in Ukraine began in late February.

Russian gas exports to the EU "will drop by around 50 billion cubic metres" in 2022, Novak said.

At the same time, the Russian minister said that Gazprom, operator of the Force of Siberia 1 gas pipeline that has linked the Chaiandina field to north-eastern China since the end of 2019, would "increase its deliveries" to reach "20 billion cubic metres of gas" each year.

The linking of the Kovytka field, near Lake Baikal, to the pipeline in early 2023 will help achieve the increase.

The two sides also signed agreements to build a new transit route from Vladivostok in Russia's far east to northern China, bringing in an additional 10 billion cubic metres of gas, the energy ministry said on Thursday. 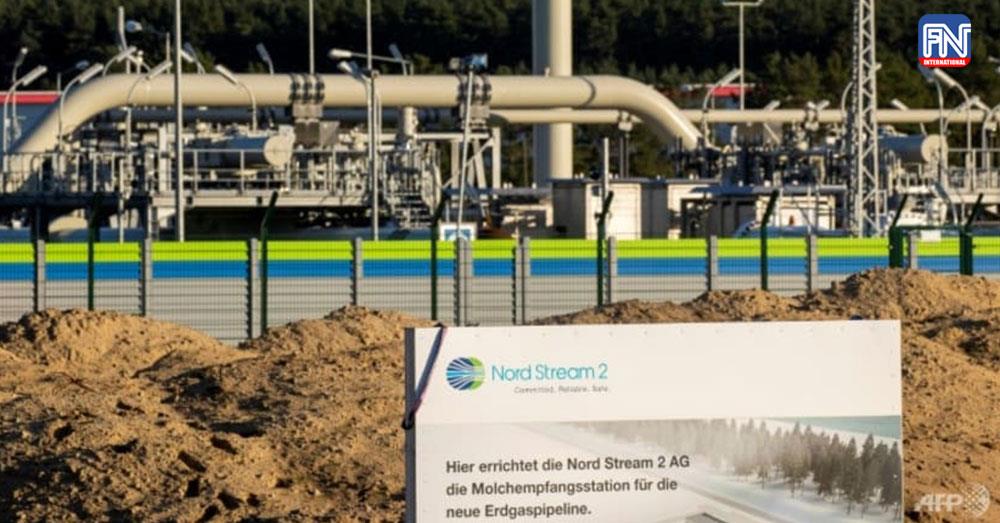