TAIPEI, Sept 20 (Reuters) - Taiwan is "proud" of its efforts to help Ukraine in the country's struggle to defend itself and those efforts must continue, President Tsai Ing-wen told a conference taking place in New York.

Ukraine's plight has won broad sympathy in Taiwan, where many see parallels between Ukraine's situation and the threat Taipei's government says it faces from China, which views the island as its own territory.

Taiwan has donated more than $30 million for humanitarian relief, mostly raised from the public, and joined in Western-led sanctions against Russia following its invasion of Ukraine in February. Moscow calls its actions "a special military operation".

"As we watched the carnage of the Russian invasion, Taiwan is proud to play a role in the effort to assist the Ukrainians in their struggle to defend their country and freedom. We must continue with our efforts," Tsai said in remarks pre-recorded from her office and played at the Concordia Summit on Monday.

Taiwan has been confronted by increasingly aggressive threats from China, she added.

"We have to educate ourselves on the authoritarian playbook, and understand that Taiwan's democracy will not be the only thing the PRC seeks to extinguish," Tsai said, referring to the People's Republic of China.

"Securing Taiwan's democracy is imperative in securing freedom and human rights for our collective future."

The Concordia Summit takes place at the same time as the United Nations General Assembly in New York.

Taiwan is not a UN member due to China's objections, which considers the democracy one its provinces with no right to the trappings of a state.

Taiwan's government strongly objects to China's sovereignty claims, and has sought to gain admission to the United Nations.

"With the inclusion of Taiwan in the UN system, I am confident that we can work even more closely to face future challenges and safeguard the rules-based international order," Tsai said.

The defeated Republic of China government fled to Taiwan in 1949 after losing a civil war to Mao Zedong's communists. 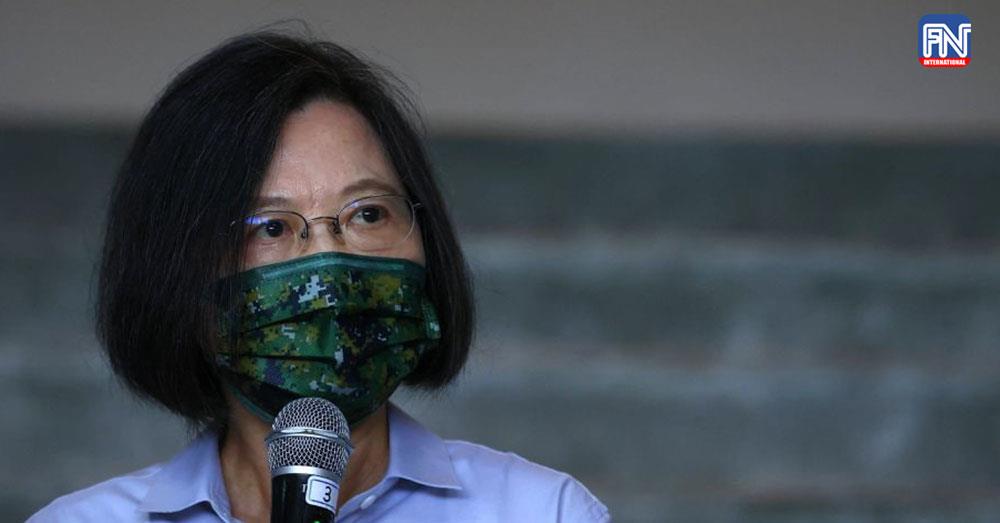