Dressed in a black kimono, Akie carried the ashes in a box covered with a decorative fabric into the Budokan venue as a 19-gun salute sounded in honour of the slain ex-premier. 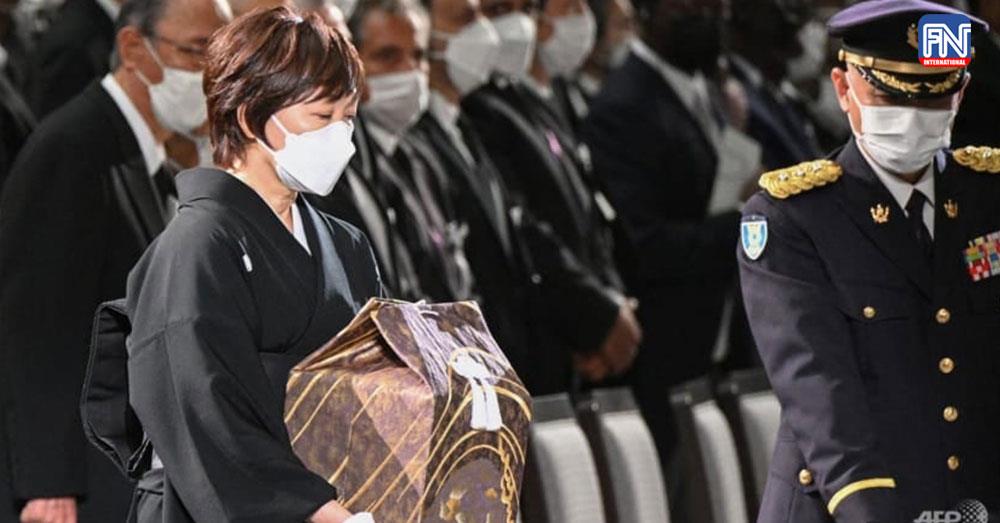