Yoon hosted a meeting on promoting defence exports for the first time since taking office in May, designed to explore ways to shift the mainstay of the industry to exports from domestic supplies.

"The defence industry is a new future growth engine and the pivot of the high-tech industry," Yoon told the meeting held at Korea Aerospace Industries Ltd (047810.KS), South Korea's sole warplane developer located in the southeastern city of Sacheon.

"With the intensifying competition for technological supremacy, we need to secure technological competitiveness to develop game-changing weapon systems for future wars."

To that end, he called for improving the conditions for research and investment by defence contractors, and building an ecosystem that can grow autonomously by fostering a more export-oriented industry structure.

The meeting came four months after South Korea clinched its biggest ever arms deal with Poland, estimated at up to 20 trillion won ($15 billion), including exports of tanks and howitzers.

In August, Yoon unveiled a goal of nurturing the country's defence industry into the world's fourth-largest, after the United States, Russia and France.

A growing number of countries, including Australia and Norway, are seeking to ramp up defence cooperation, which would help bolster South Korea's capability to counter North Korea's threats while contributing to peace and stability in the international community, Yoon said.

"Some say that there might be a vacuum in our military force due to defence exports as part of their political offensive, but the government will maintain thorough military readiness posture while actively supporting those exports," Yoon said. 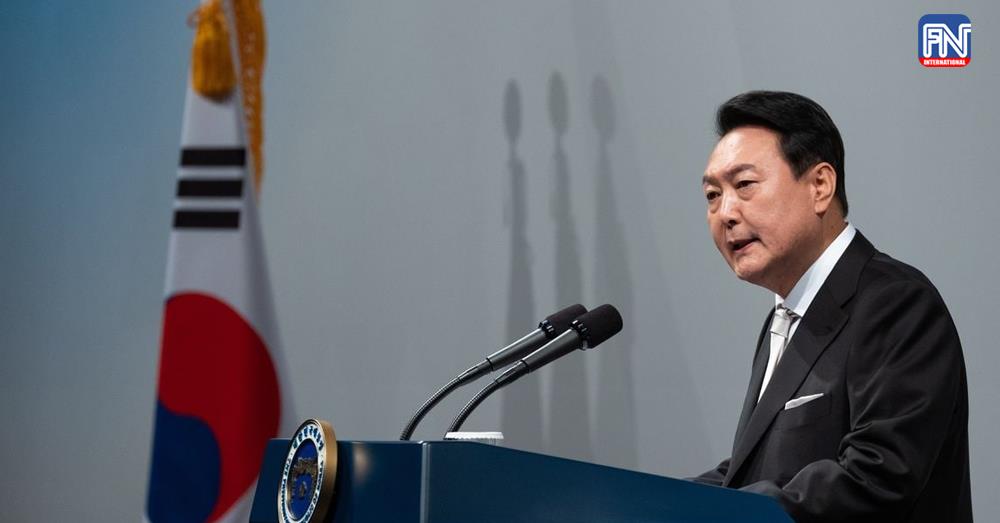