The ruling Cambodian People's Party (CPP) won all 125 parliamentary seats in the election after the opposition Cambodia National Rescue Party (CNRP) was dissolved by the Supreme Court in November 2017 and 118 party senior members were barred from joining politics for five years.

The dissolution of CNRP was made after party leader Kem Sokha, 65, was arrested and charged with treason for allegedly conspiring with a foreign power in an attempt to overthrow the government.

Speaking in a speech during a get-together with thousands of garment factory workers in southern Kandal province on Wednesday, Hun Sen said political situation and macro-economy are very stable after the election.

"By voting for the Cambodian People's Party, the people have chosen the permanent presence of peace and development," he said.

Phay Siphan, a spokesman for the Council of Ministers, said the political situation is good, as life and business activities are normal after the election.

He said the economic growth is projected at 7.3 percent in 2018.

"Since the July election until now, the political situation is very stable and all businesses function as usual," he told Xinhua. "In coming years, I believe that the political stability remains firm under the leadership of Prime Minister Hun Sen."

The National Assembly on Dec. 12 amended the Law on Political Parties to allow banned opposition politicians to re-enter politics.

Under the changed law, the nation's King Norodom Sihamoni can pardon banned politicians at the request of the prime minister.

"The move aimed at improving democracy and the rule of law," Phay Siphan said. "It's also to strengthen peace and stability, as well as to uphold national reconciliation."

CPP's senior lawmaker Cheam Yeap said the legal change was to revive the political careers of individuals from any political party who were banned from joining politics.

Chheang Vannarith said the legal change is a "positive move towards national reconciliation and unity, which are crucial for peace and development."

Joseph Matthews, a senior professor at the Beltei International University in Phnom Penh, said the move will bring reconciliation and unity in the nation, and thus further strengthening the political stability and economic environment in the kingdom.

"For economic growth and social order, political stability in the country is indispensable, without it, there will be no investment and business activities," he said.

Phay Siphan said Cambodia is expected to maintain the robust growth of around 7 percent per annum in the short-to-medium term.

He said the government forecast that the economy will grow by 7.1 percent in 2019, mainly driven by garment industry, construction and real estate, tourism and agriculture.

"With ensured political stability, I believe that more foreign investors and tourists will continue to come to Cambodia in coming years," he said.

The European Union (EU) announced in October that Cambodia could lose its special trade access to European markets under the Everything But Arms (EBA) preferential trade scheme after it conduct a six-month review of Cambodia's duty-free status.

"The government has no concern over this issue because in political life, the government always faces obstacles, and we're confident in our capacity to negotiate and solve it for the sake of our economic growth," he said.

Joseph Matthews envisaged that Cambodia would continue to enjoy peace, stability and development in coming years thanks to the CPP's leadership.

"I believe that until 2023 when the next election will be held, political stability and business environment will remain positive as there will be more inflows of foreign direct investment and tourists," he said.

Chhay Sivlin, president of the Cambodia Association of Travel Agents, which represents about 250 tour and travel companies, said tourism has grown well this year and there is not any sign of decline in coming years.

"I think that both tourists and investors from China and other countries will continue to come to Cambodia in coming years thanks to the country's peace and political stability," she told Xinhua.

Cambodia attracted 4.82 million international tourists during the first 10 months of 2018, up 11.5 percent over the same period last year, data showed.

Of the figure, 1.62 million are Chinese tourists, up 71.5 percent, accounting for 33.7 percent of the total foreign tourists to the kingdom. 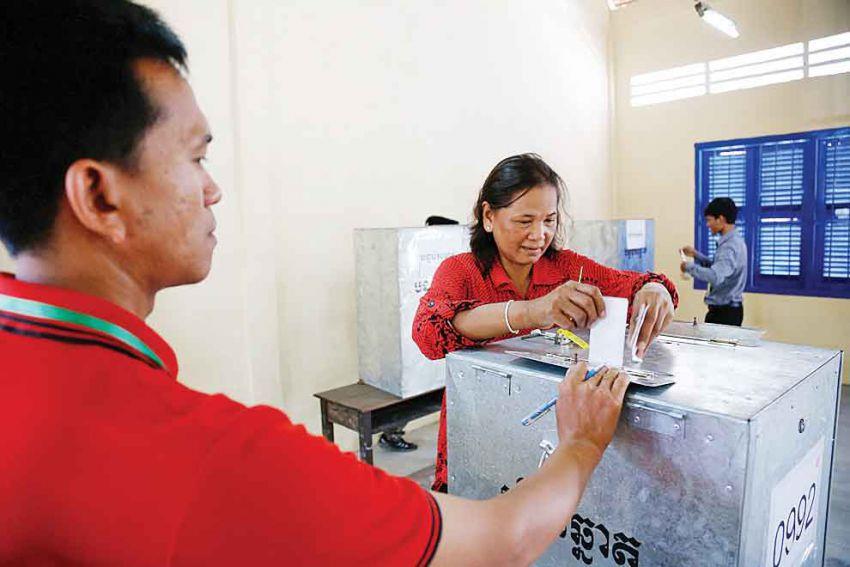