“The Royal Government strongly urged Channel News Asia to correct immediately the article with the above-mentioned transcript so as to avoid the confusion among the public opinion on Cambodia’s Government position,” the letter added.

The Council of Ministers’ letter is available below:
=FRESH NEWS 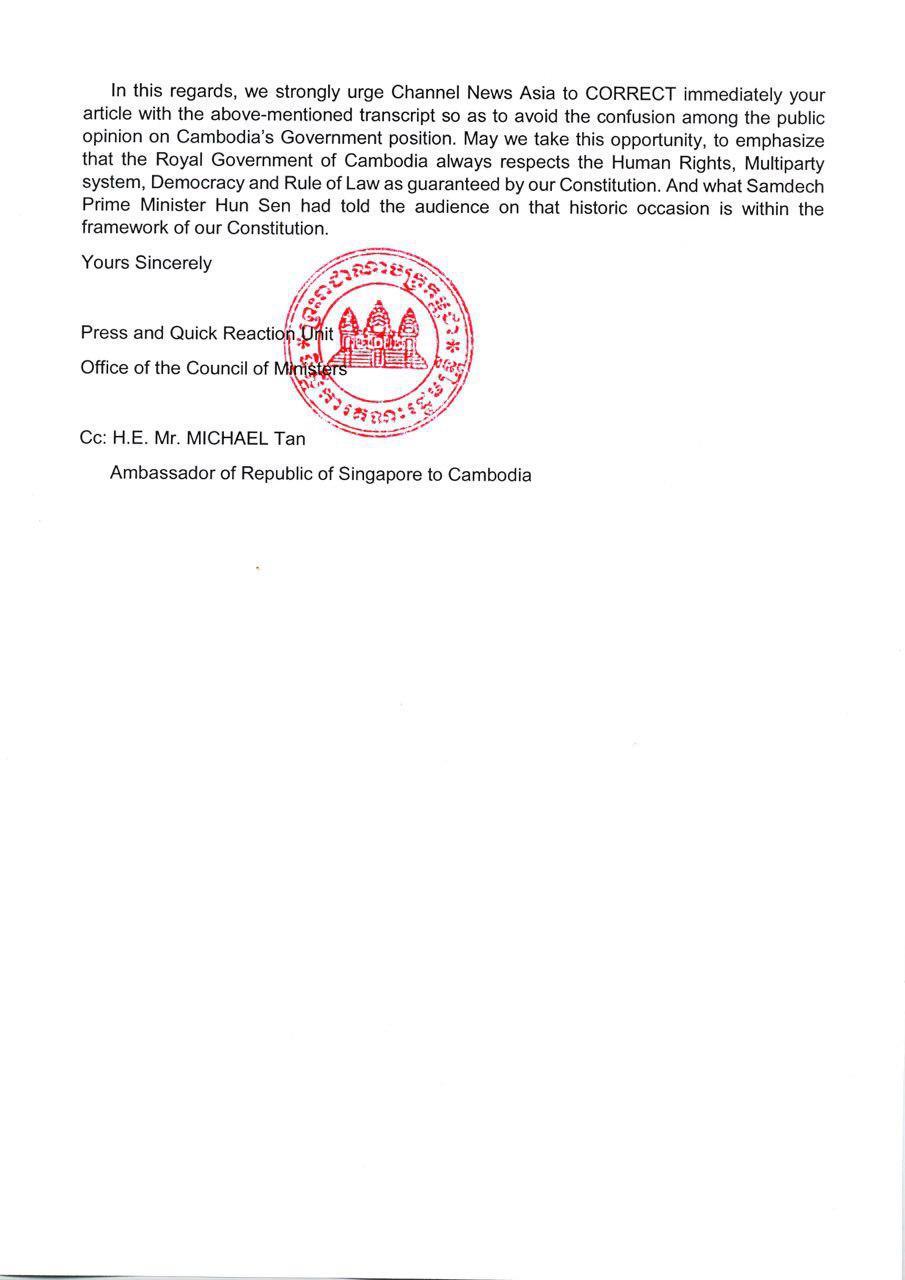