Korm was rehabilitated to re-enter politics following his request for political rights on 9 January after the amendment to political party law came into force.

Although Sam Rainsy, former leader of the dissolved CNRP, appealed to all 118 former CNRP officials not to request for political rights, Korm still chose to do.

Korm and other former CNRP officials in total of 118 were banned from engaging in political activities for five years when the Supreme Court dissolved the CNRP on 16 November 2017 for “attempting to overthrow the government through a colour revolution”.
=FRESH NEWS 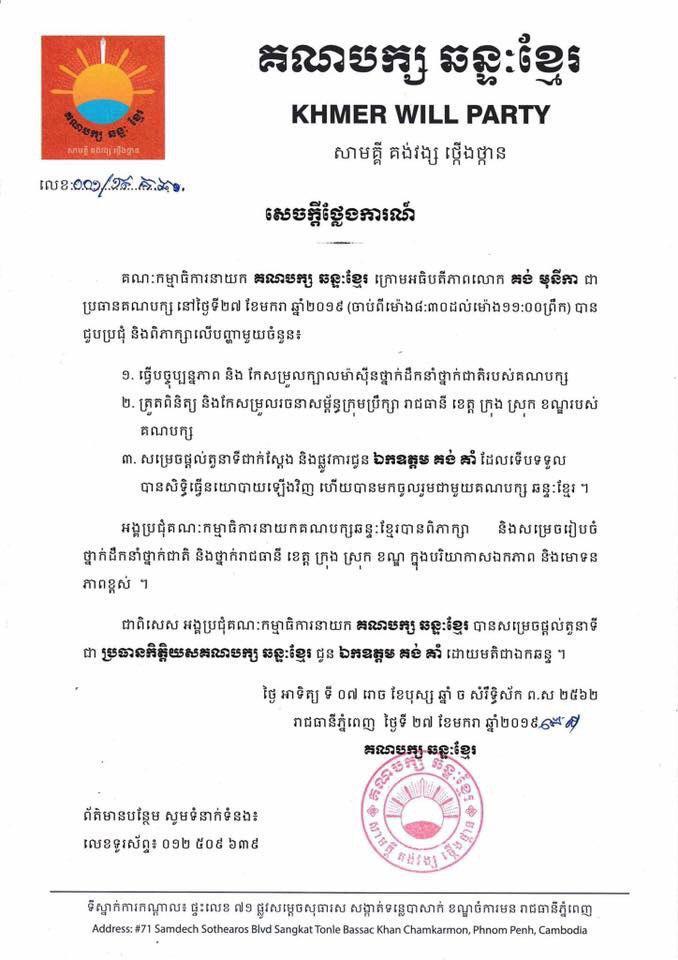