Phnom Penh (FN), Jan. 31 - The spokesperson of the Royal Government of Cambodia supported the US Embassy to Cambodia’s statement released on her Facebook page on Thursday, clarifying that “In 7 January 1979, Phnom Penh was liberated from the Khmer Rouge and began the journey towards a bright future.”

On the 40th anniversary of the historic liberation from Khmer Rouge, the US Embassy is mourning to the lives of over two million Cambodians who died during the Khmer Rouge regime and about 5 million survivors of the regime who are suffering mentally and physically, according to the US Embassy’s statement.

The liberation was the great sacrifice of Khmer people under the leadership of Samdech Heng Samrin, Samdech Chea Sim, Samdech Hun Sen and the assistance of army of the Socialist Republic of Vietnam. This is an undeniable truth of Cambodian history, the spokesperson wrote in the statement. 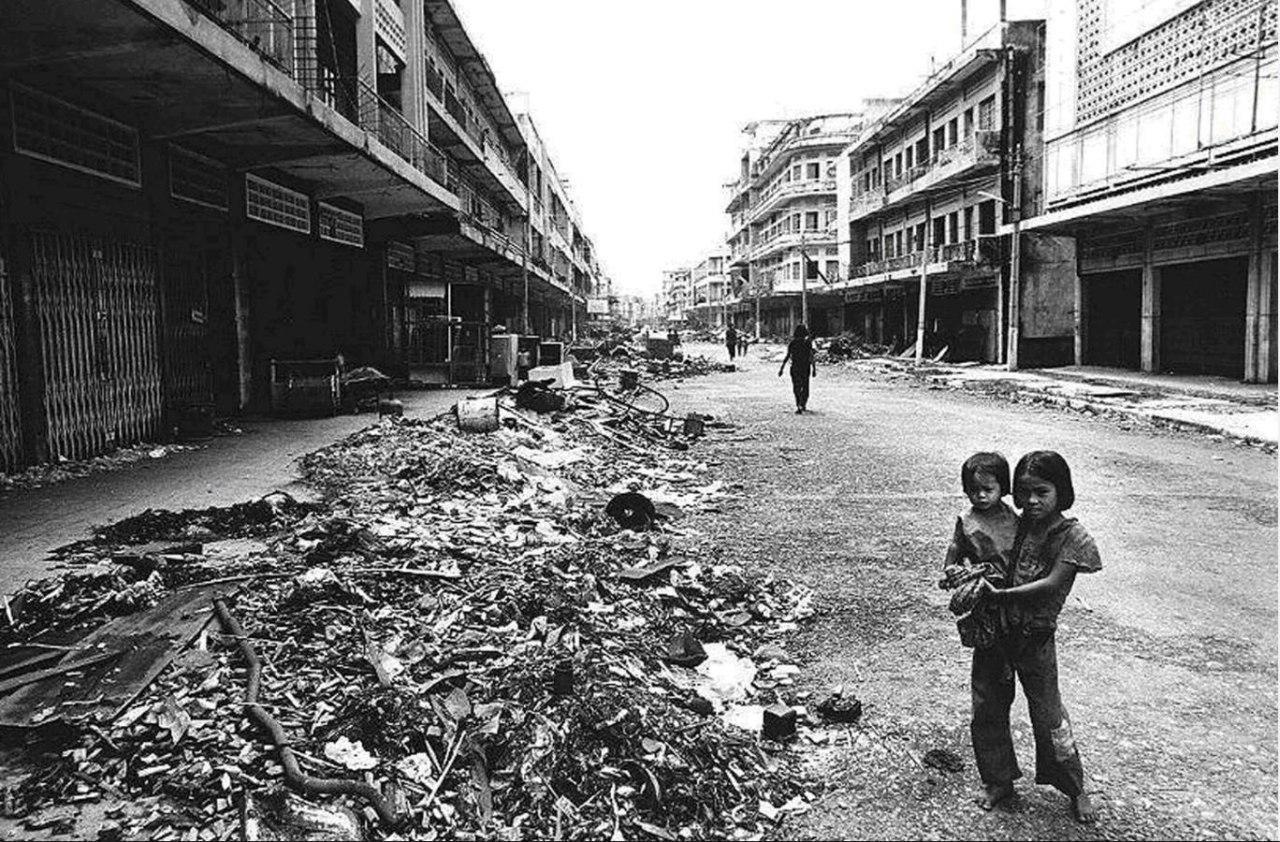 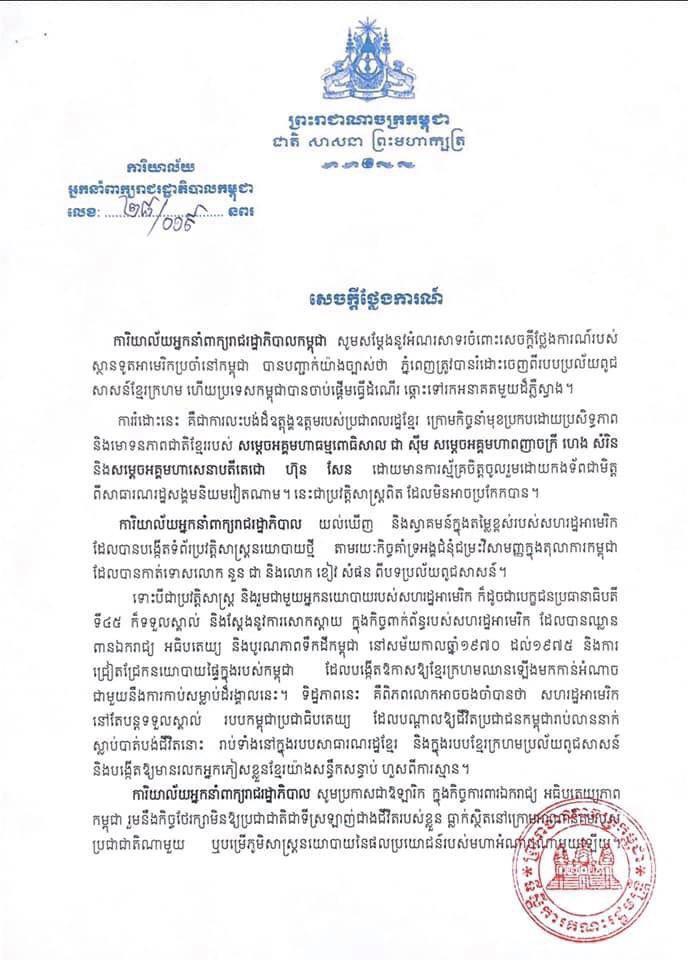 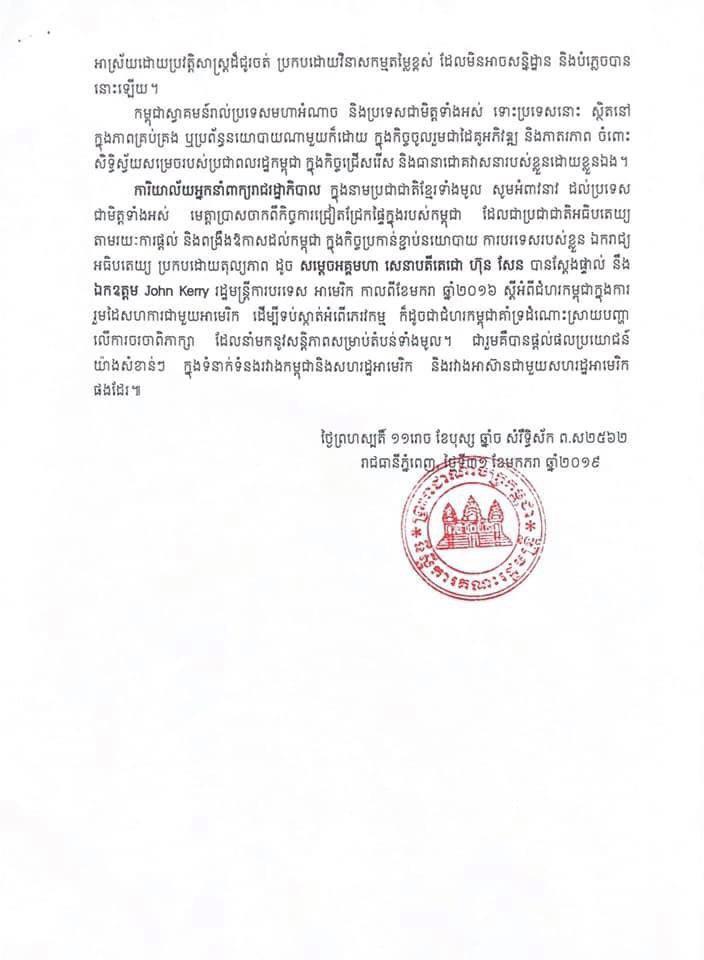