The meeting will be presided over by Cambodian Minister of Defense Tea Banh and his counterpart Prawit Wongsuwon.

The GBC was held annually under the rotation of chairmanship since the signing of 2006 agreement between the Royal Government of Cambodia and Thailand.

The meeting will focus on strengthening and promoting cooperation between the two countries in safeguarding peace, stability, cooperation and development of Cambodia-Thailand border.
=FRESH NEWS 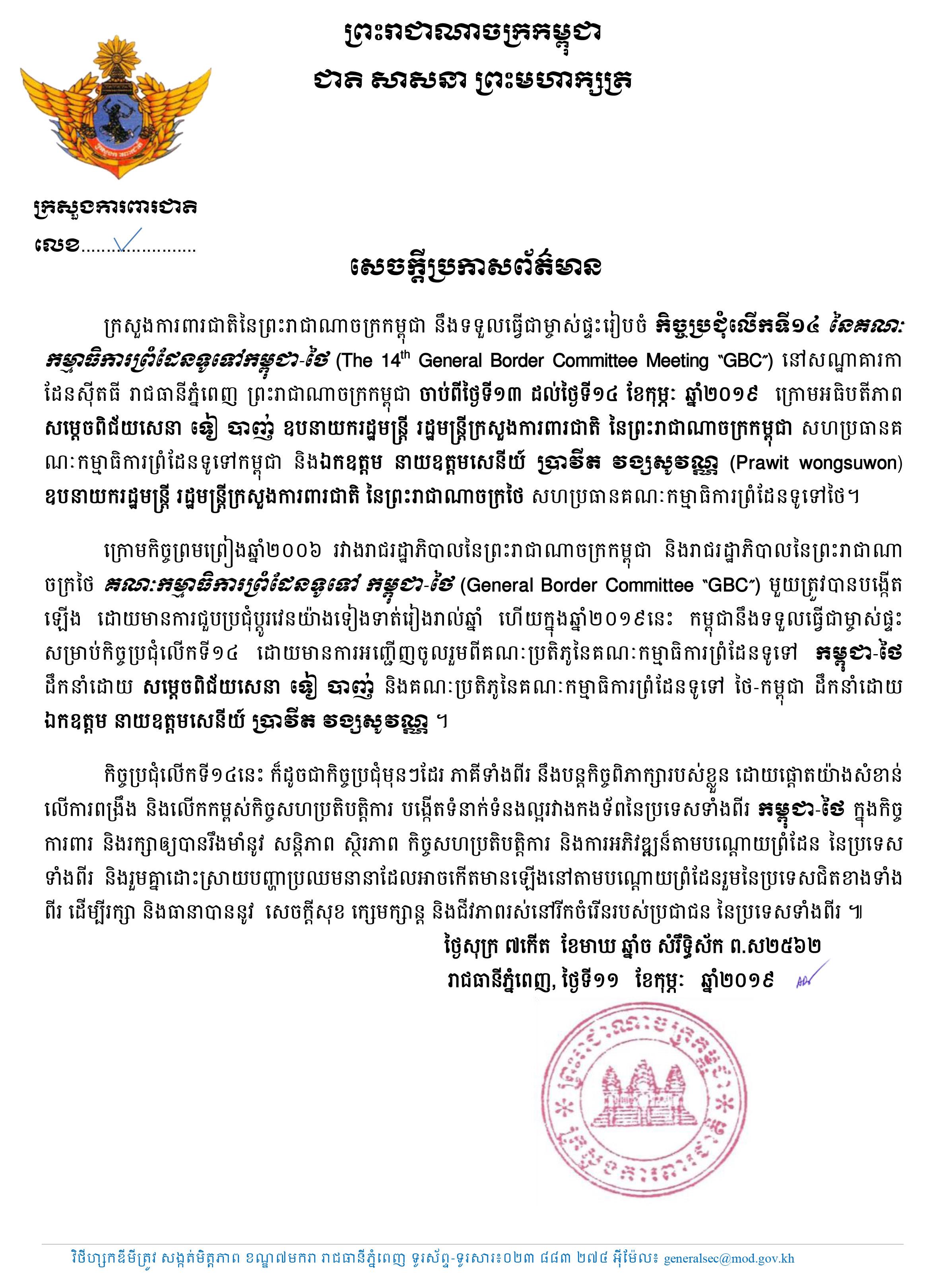