Phnom Penh (FN), Feb. 9 - In recent weeks, Sam Rainsy, a Khmer convict holding a second foreign nationality, has repeatedly called for the international community to question the legitimacy of the Royal Government of Cambodia, and for the Cambodian armed forces and people to revolt against this Government which was democratically and overwhelmingly elected by the voters, the ministry of foreign affairs wrote in its press release dated Saturday.

“The Ministry of Foreign Affairs and International Cooperation condemns in the strongest term the conduct of the convict Sam Rainsy for his call for mutiny and his perilous statements,” the ministry continued.

“His unfounded claims that the general election in July last year was not legitimate, carry the same political rhetoric as for all previous national elections since 1998 that saw him and the parties he led defeated. While the convict Sam Rainsy proclaimed himself as a hero and martyr of democracy, he should be treated in Europe and in other civilized countries as a demagogue, dangerous populist, ultra nationalist and racist who preaches for national division and regime change by violent means. Cambodian voters vehemently rejected this ill will and chose democratic path through electoral process,” the ministry added. 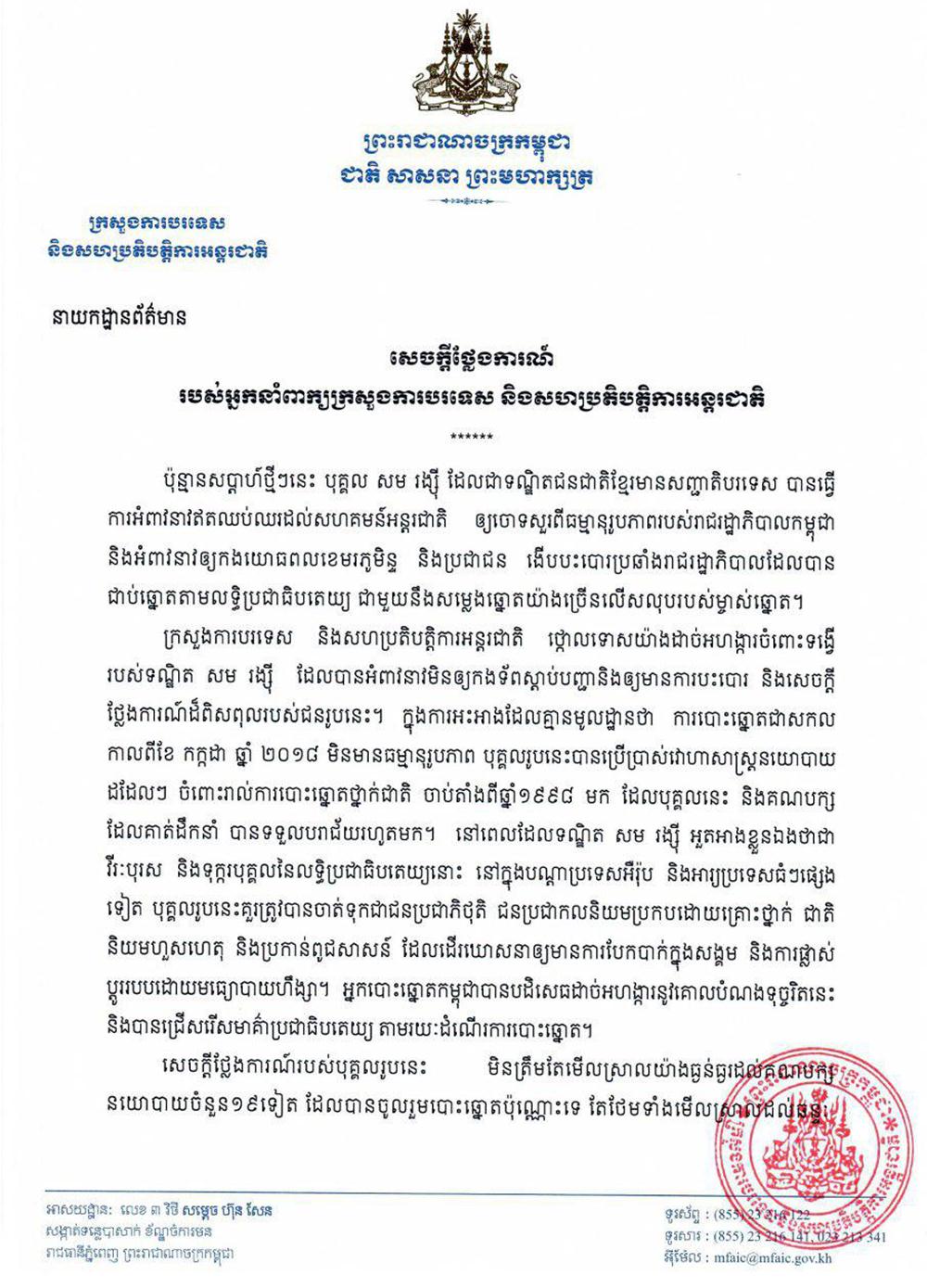