The rehabilitation was granted after Sim Sovanny submitted the request to Prime Minister Hun Sen.

Former CNRP officials in total of 118 were banned from engaging in political activities for five years when the Supreme Court dissolved the CNRP on 16 November 2017 for “attempting to overthrow the government through a colour revolution”.
=FRESH NEWS 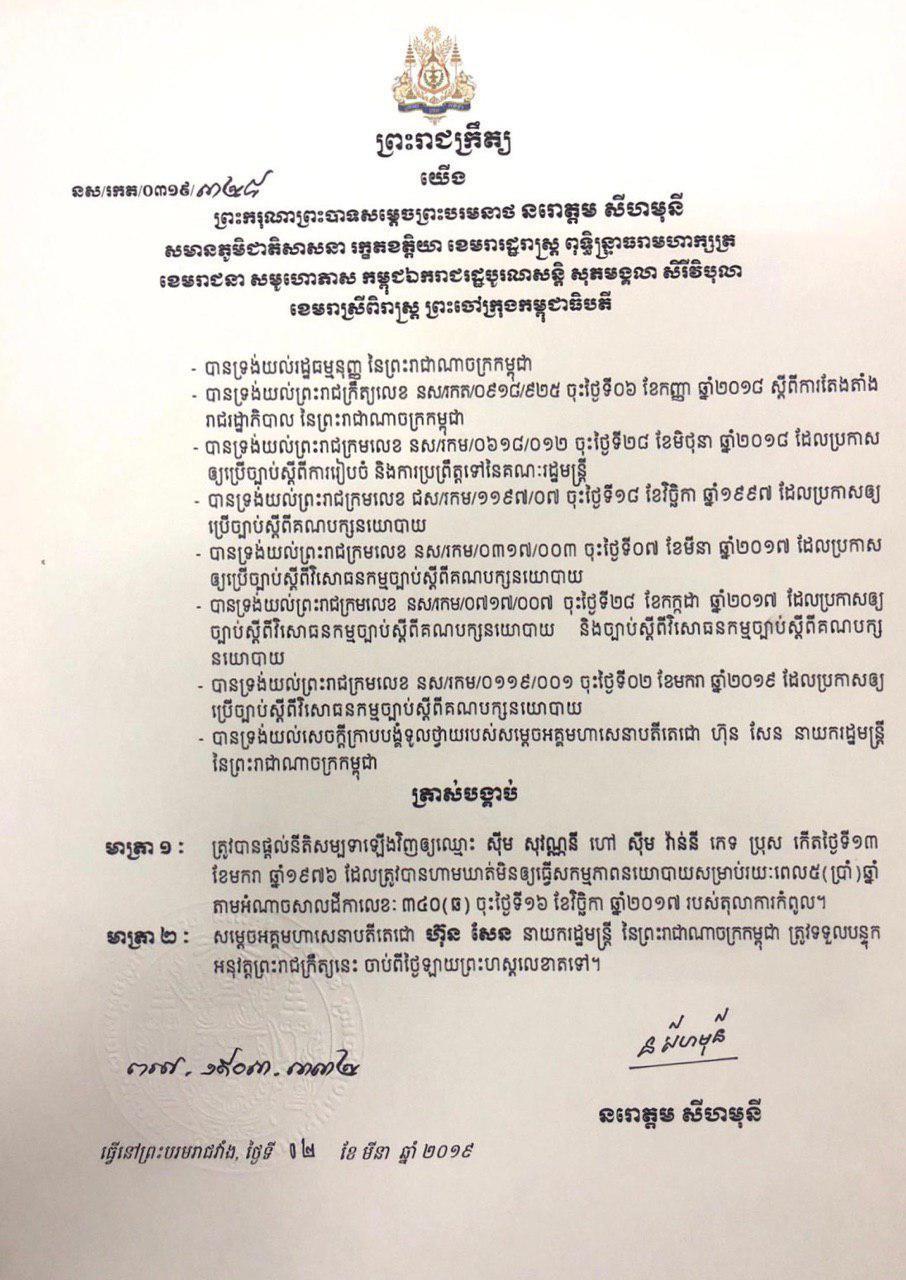 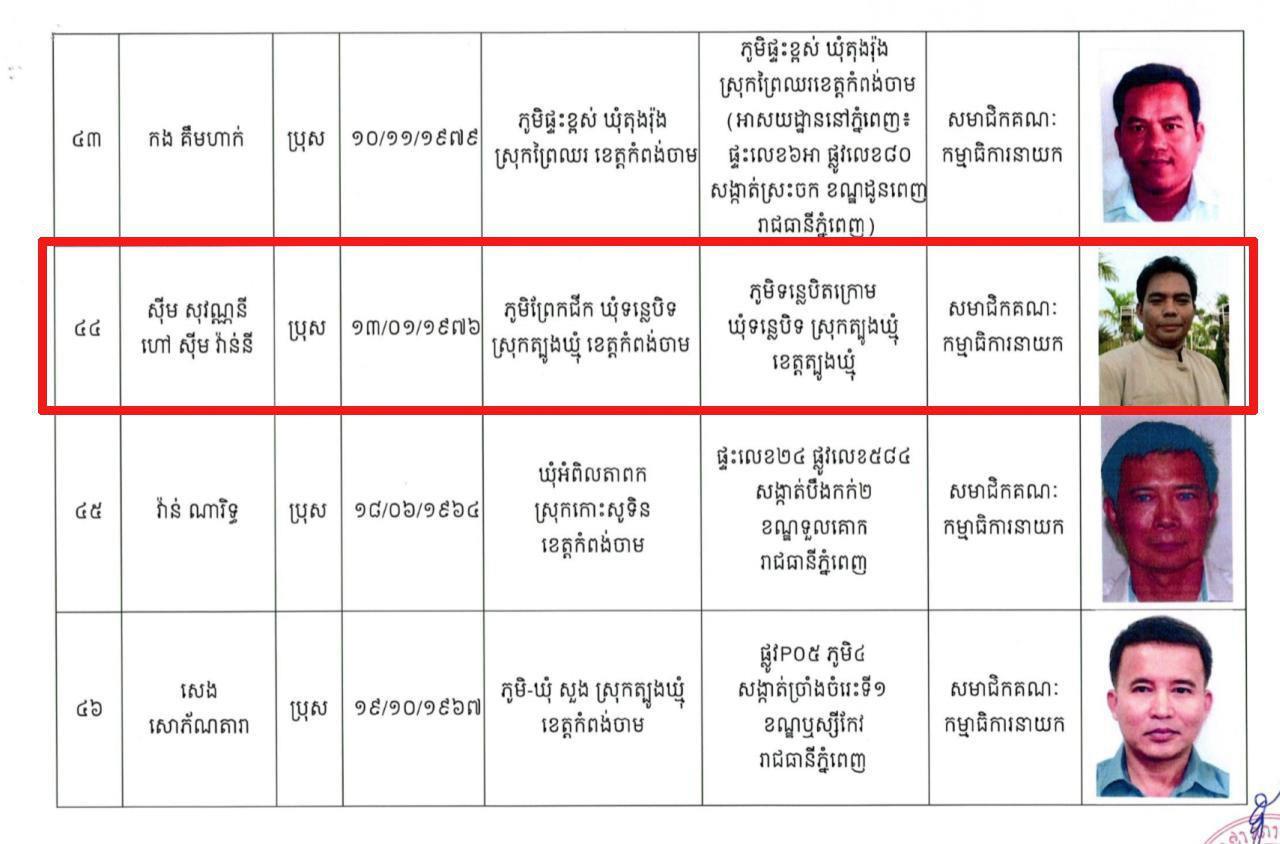