Phnom Penh (FN), March 2 - Cambodian Prime Minister Hun Sen accentuated the changes of geopolitics and global economic multi-polar as well as the significance of the RCEP initiative to convert Asian economy into a core economic polar aimed at averting protectionism and the widespread negative impacts of trade war, according to the Ministry of Commerce dated Saturday.

“Cambodia and ASEAN Member States are highly committed to adherence to multilateral regime and international cooperation and remain industrious in uplifting multilateral trading system which is open as a basis for growth and regional and global economic development for decades or the world will be of anarchical vacuum leading to any possible trade war otherwise," the press release highlighted.

At the opening ceremony of the 7th Regional Comprehensive Economic Partnership Intersessional Ministerial Meeting held today on the land of Angkor in Siem Reap province, Prime Minister stated that protectionism by certain mega-powers countries has led to troubled multilateral trade system not only in the region but the world at large.

“At this moment of the world today, the multi-lateral trade system, which has free and open features, is in tough situation facing serious threats, since some countries including the mega-powers are holding a unilateral and bilateral policy which only consider about their own benefits that lead to the rise of protectionism and also have impact on the free trade within the region of RCEP member countries,” stated the Premier.

RCEP comprises a net GDP of 30% of global GDP (2014) with combined peoples of almost half of the global population, 31.6% of global production, 28.5% of global trade, and one-fifth (1/5) of global foreign direct investment flow (2016), according to the press release.
=FRESH NEWS 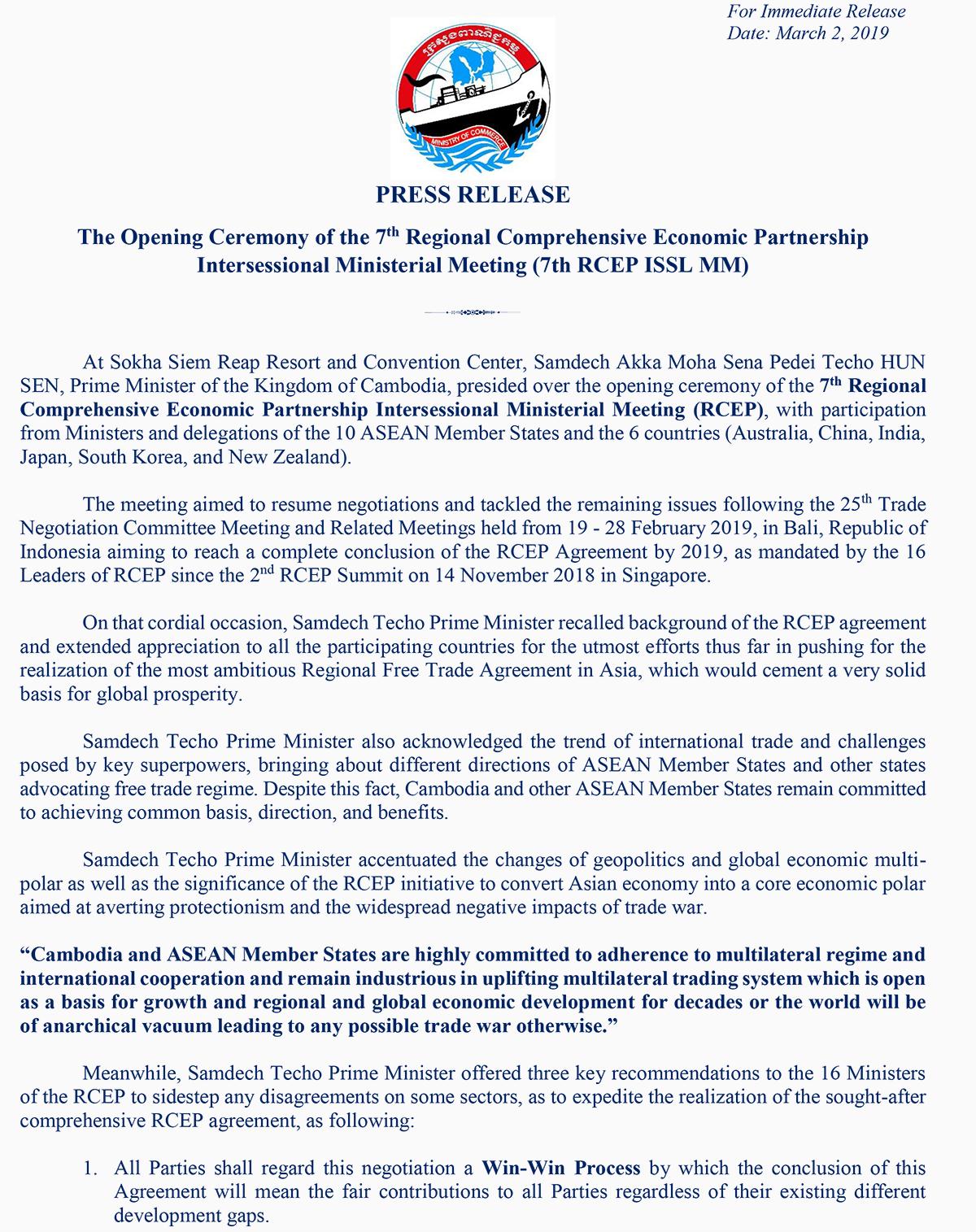 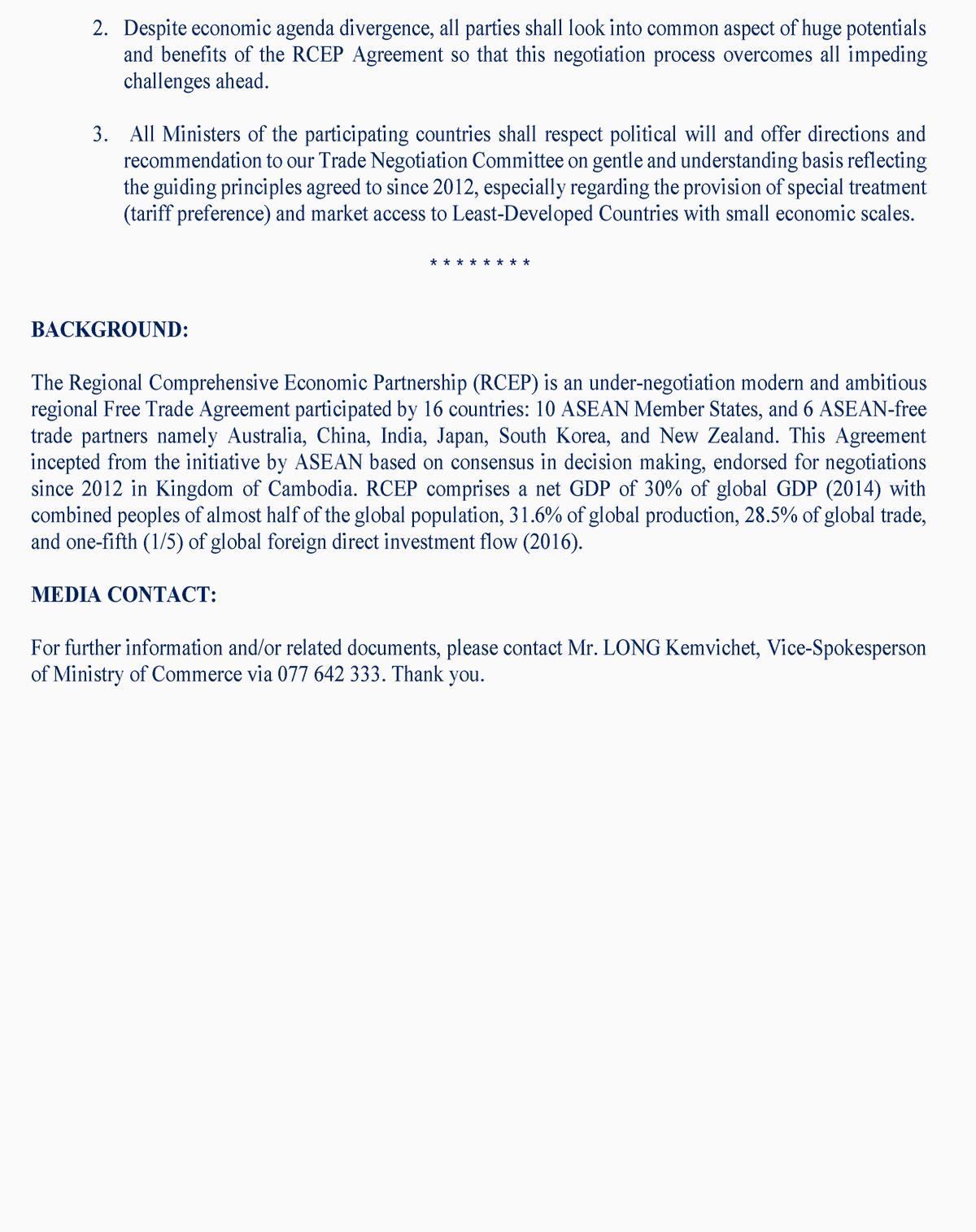