On the first day of the visit, President Moon met with the Korean community in Cambodia and dined with Cambodian Prime Minister Hun Sen, accompanied by both countries’ First Lady at the Great Duke Hotel. 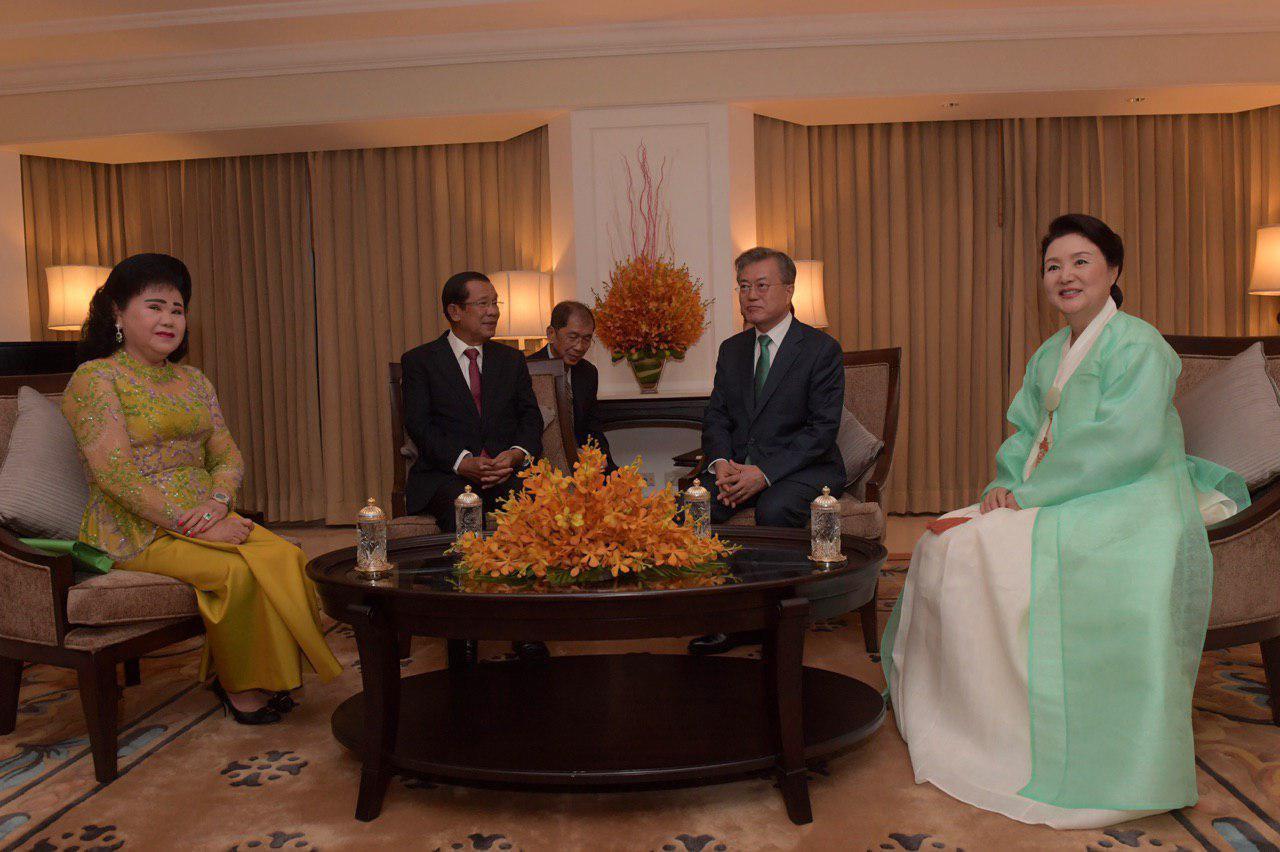 At the dinner, President Moon pledged to encourage Korean investors to Cambodia and promote Cambodian agricultural and agro-industrial products to Korean and international market. At 11 a.m, the President held a bilateral meeting with Prime Minister Hun Sen at the Peace Palace and co-chaired the press conference and the signing ceremony of five documents, including:

1. Framework Arrangement between the Government of the Kingdom of Cambodia and the Government of the Republic of Korea concerning Loans from the Economic Development Cooperation Fund (EDCF) for the years 2019 through 2023, signed between Cambodian Foreign Affairs Minister Prak Sokhonn and Foreign Minister of South Korea Kang Kyung-Wha.

5. MoU between the Royal Academy of Cambodia and the National Research Council for Economics, Humanities and Social Sciences (NRC) of the Republic of Korea on Academic Cooperation, singed between Cambodian President of Royal Academy Sok Touch and Chairman of NRC Seong KyoungRyung. 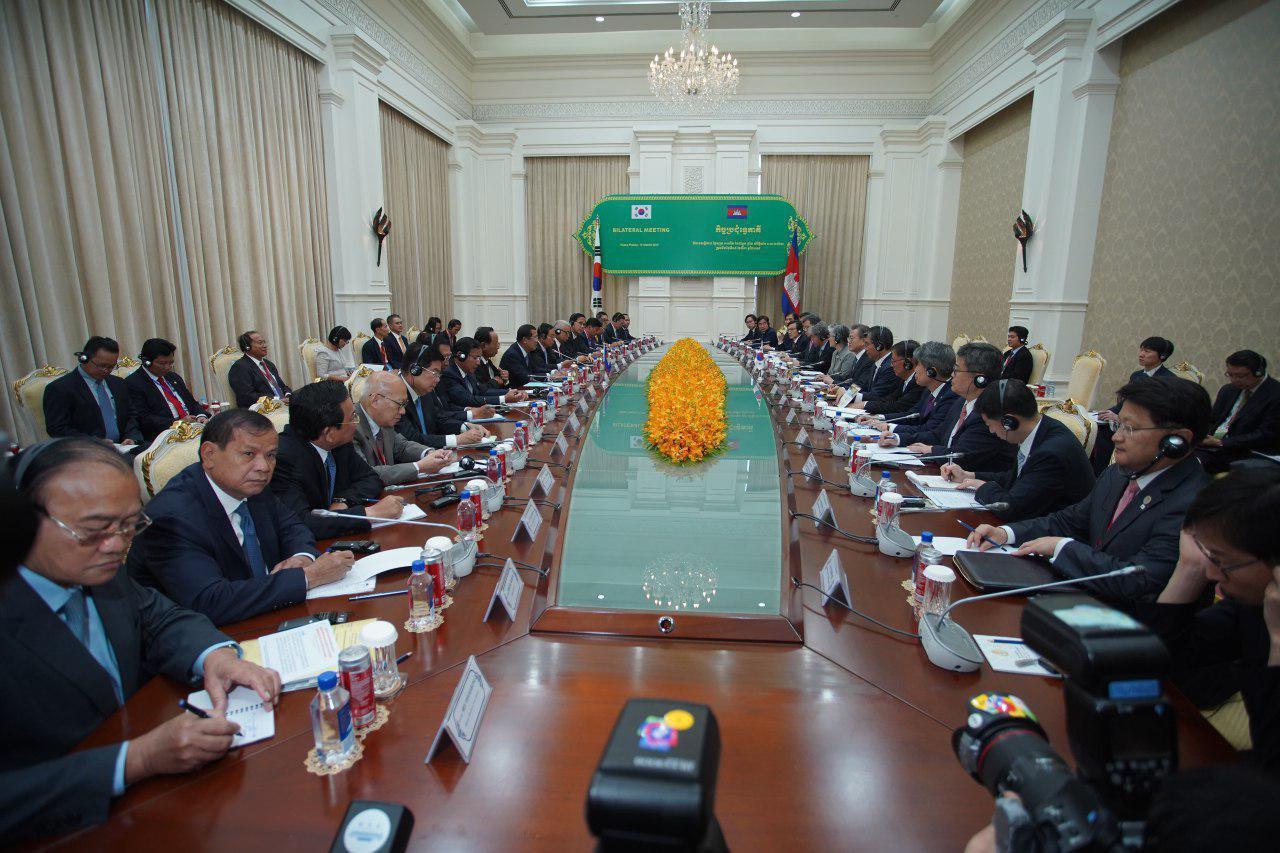 During the press conference, both parties pledged to expand bilateral cooperation and widen markets for Cambodian agricultural products. 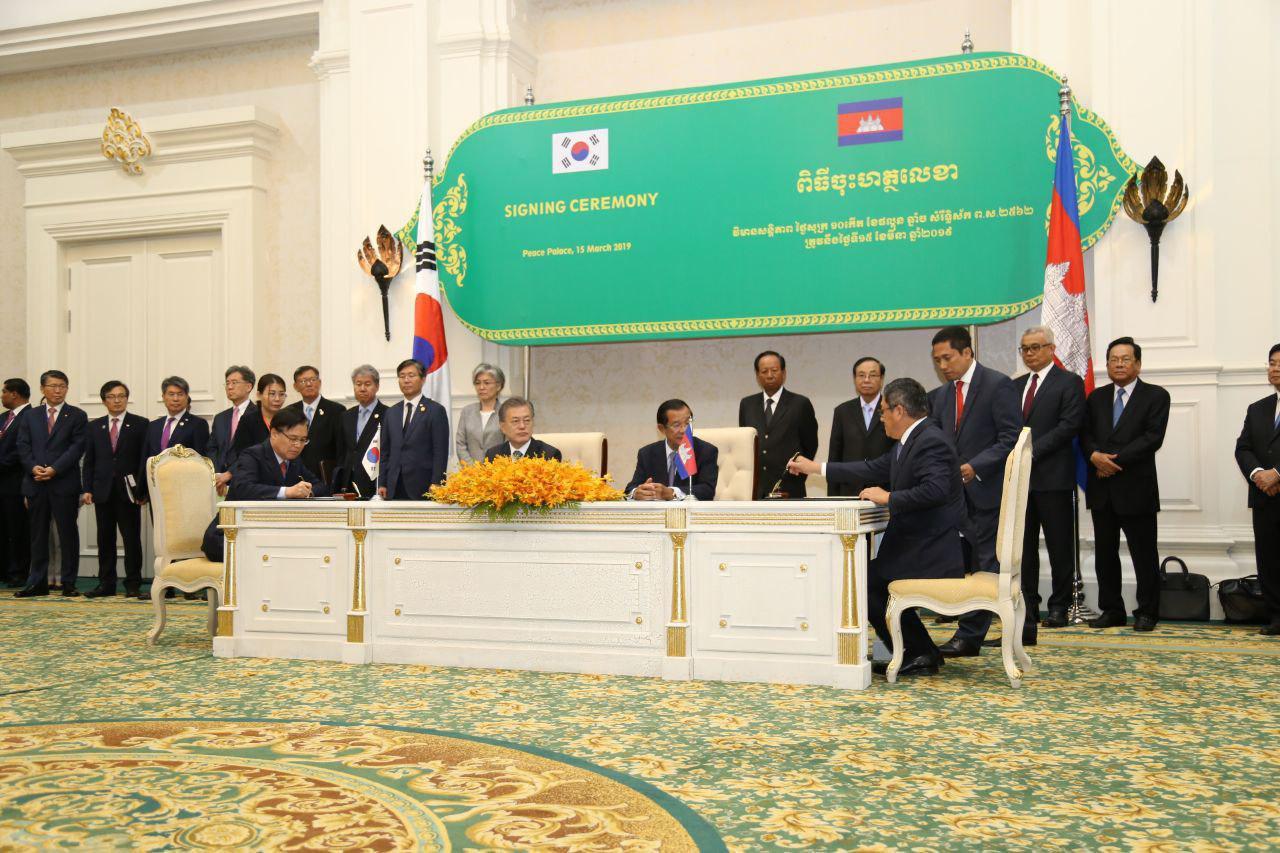 President Moon expressed commitment to encourage Korean investors to invest in the kingdom. Following the press conference, Prime Minister and the President chaired Cambodia-Korea Business Forum at the Peace Palace. 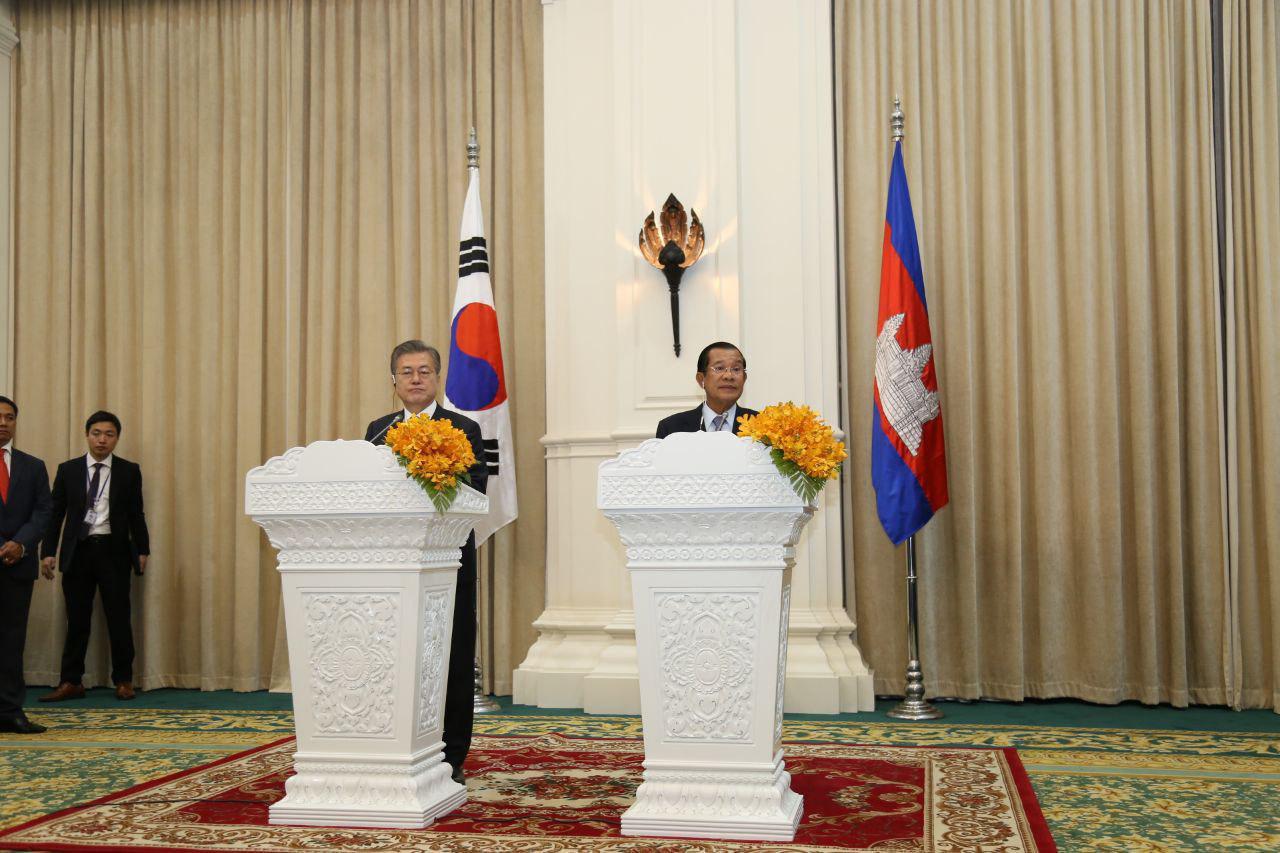 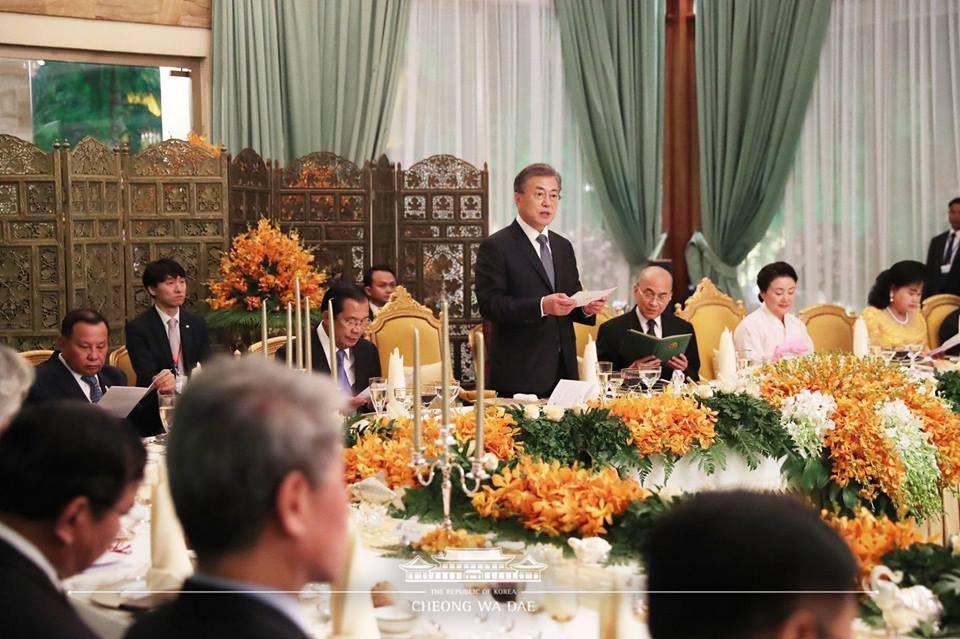 On the last day of visit, President Moon and spouse paid a visit to Cambodian historical landmark Angkor Wat and other temples in Siem Reap province. At 1:10 p.m, the President came back to Phnom Penh, and departed for South Korea in a special flight at 2:10 p.m on 16 March.
=FRESH NEWS 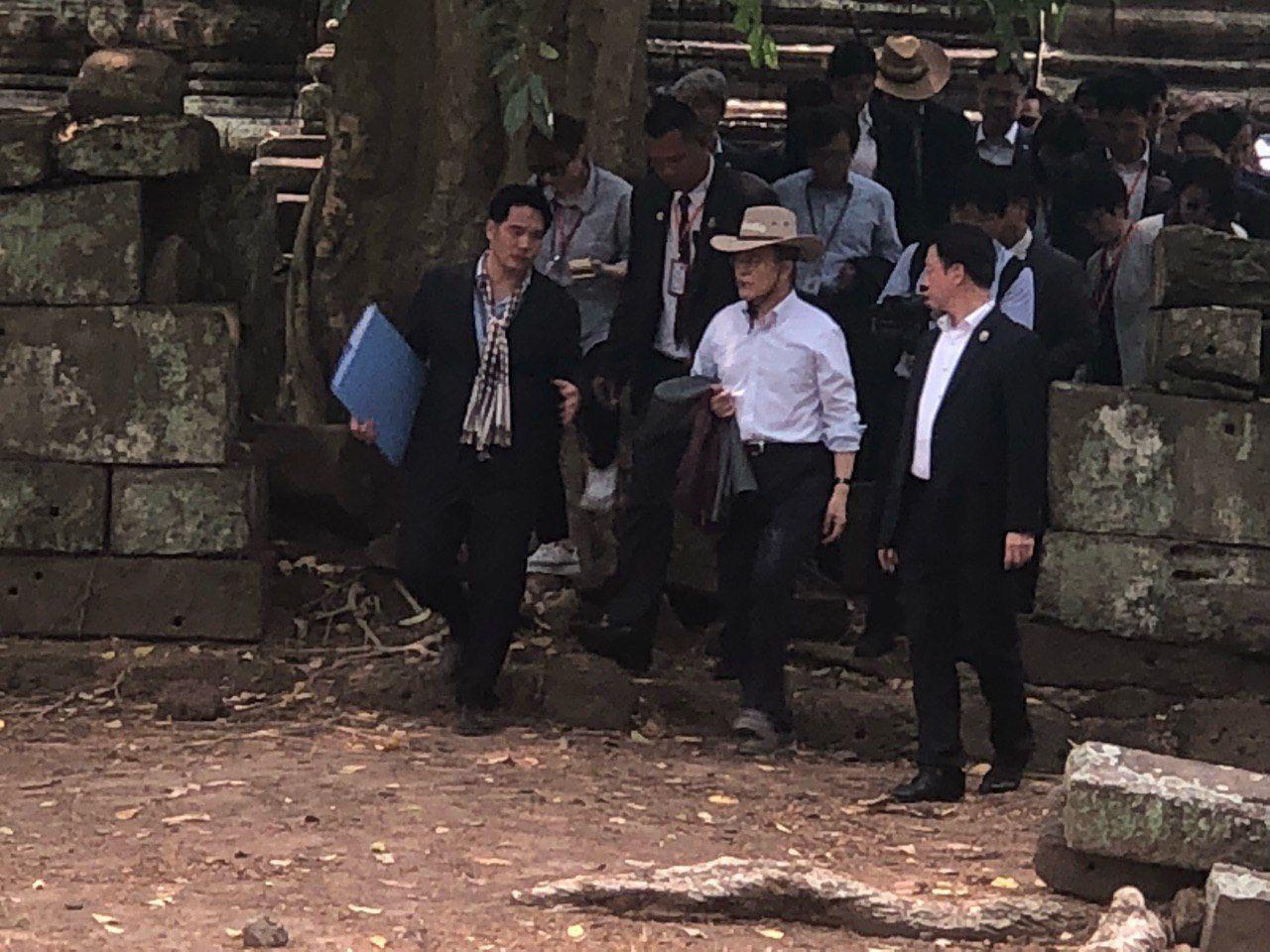 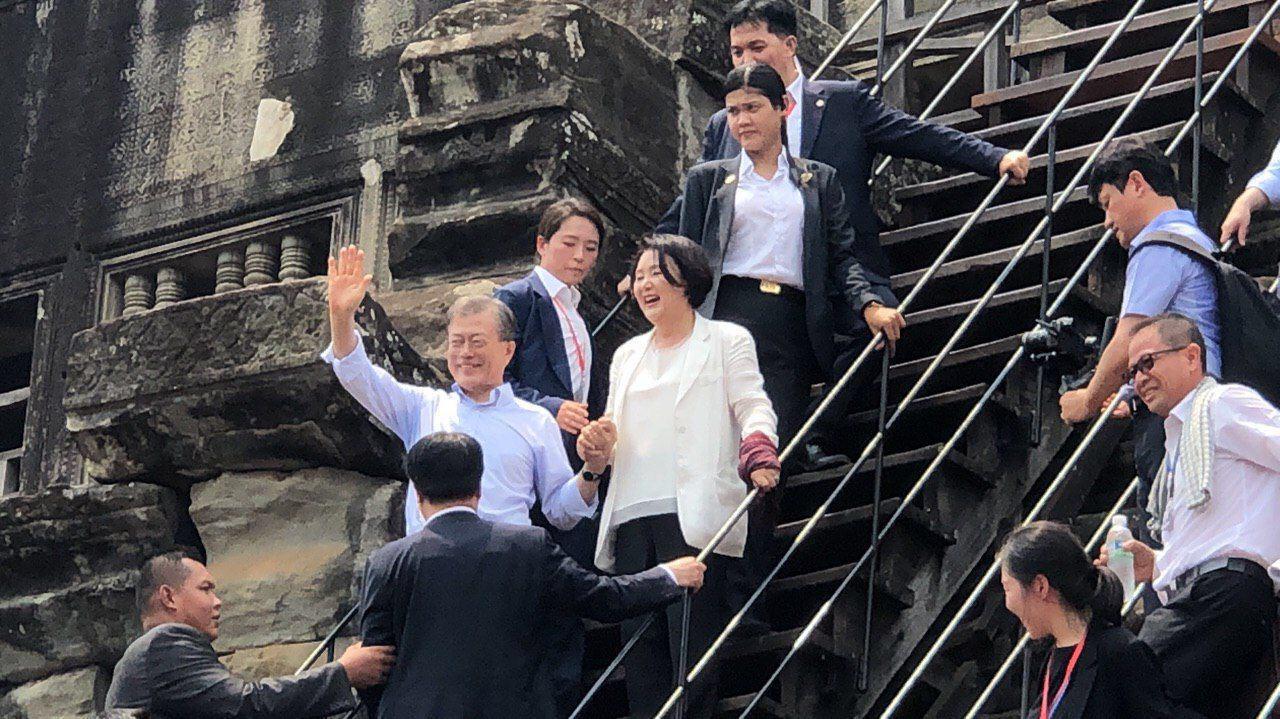 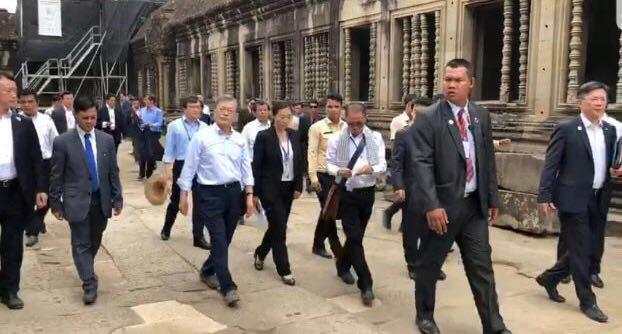 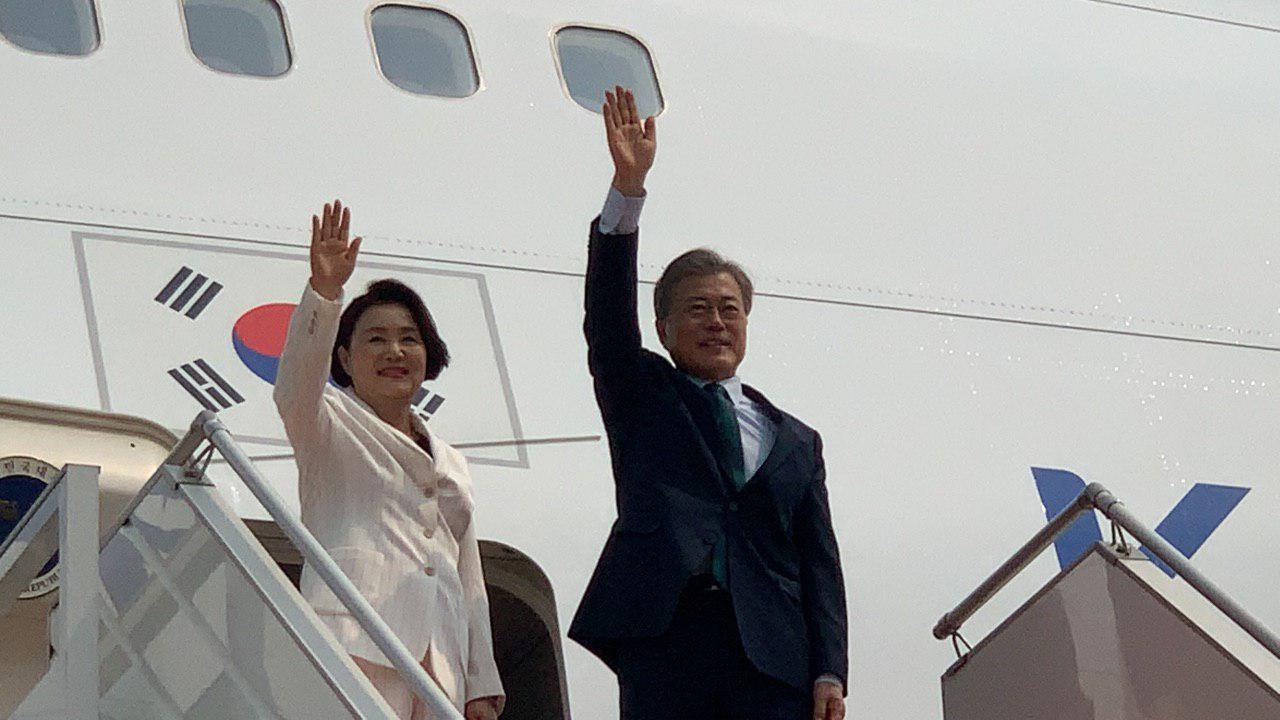 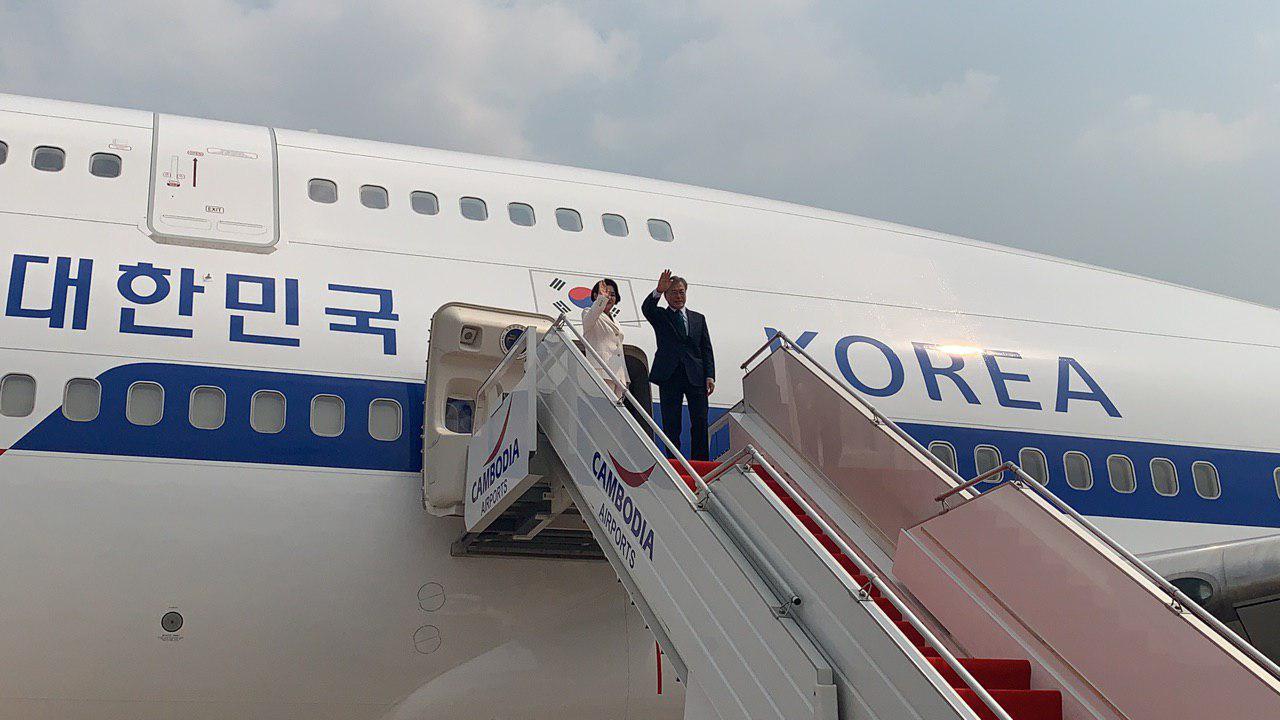 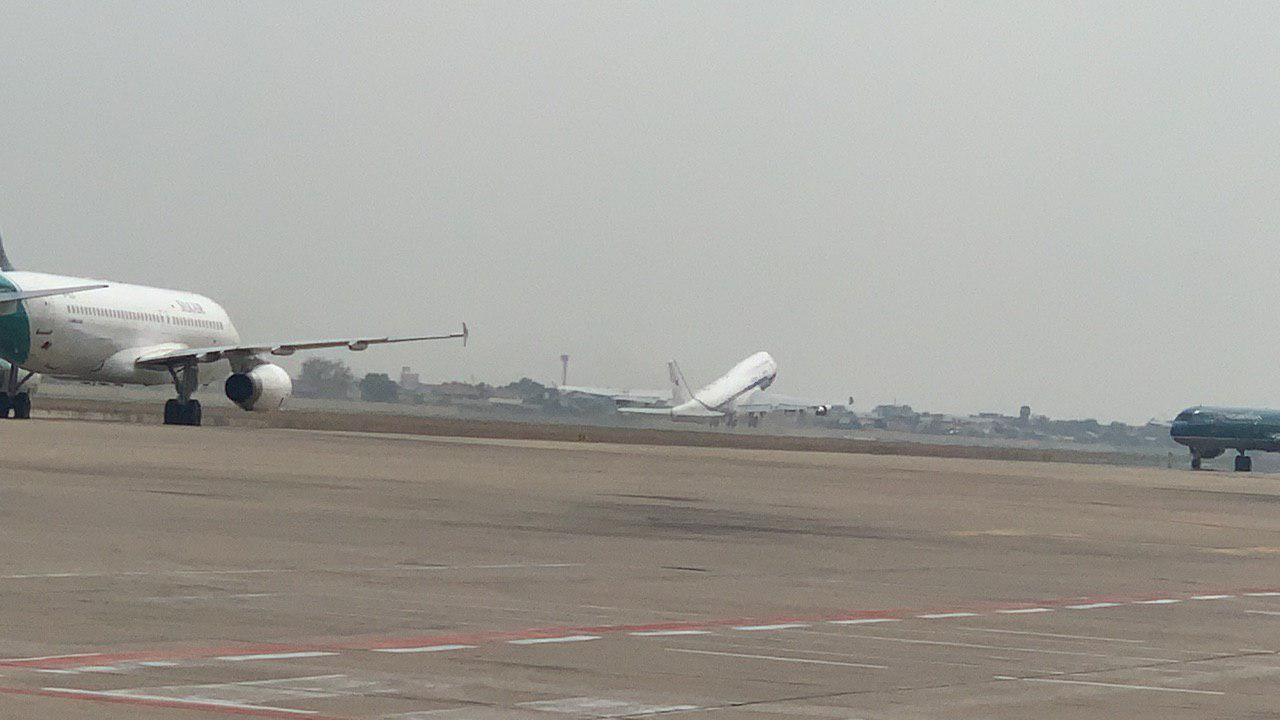