Phnom Penh (FN), March 17 - The investigating judge of the Phnom Penh Municipal Court, Koy Sao, issued a warrant to arrest Sam Rainsy and seven others of his accomplices, allegedly charged with a new case of treason, according to the court's order Fresh News received Sunday.

Rainsy and his accomplices incited citizens and soldiers to stand up against the government. They were accused of "conspiring and inciting to commit crimes". 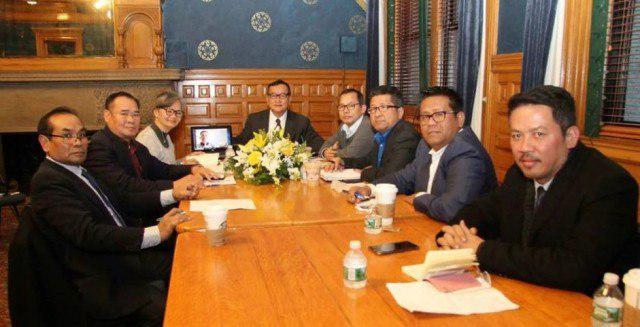 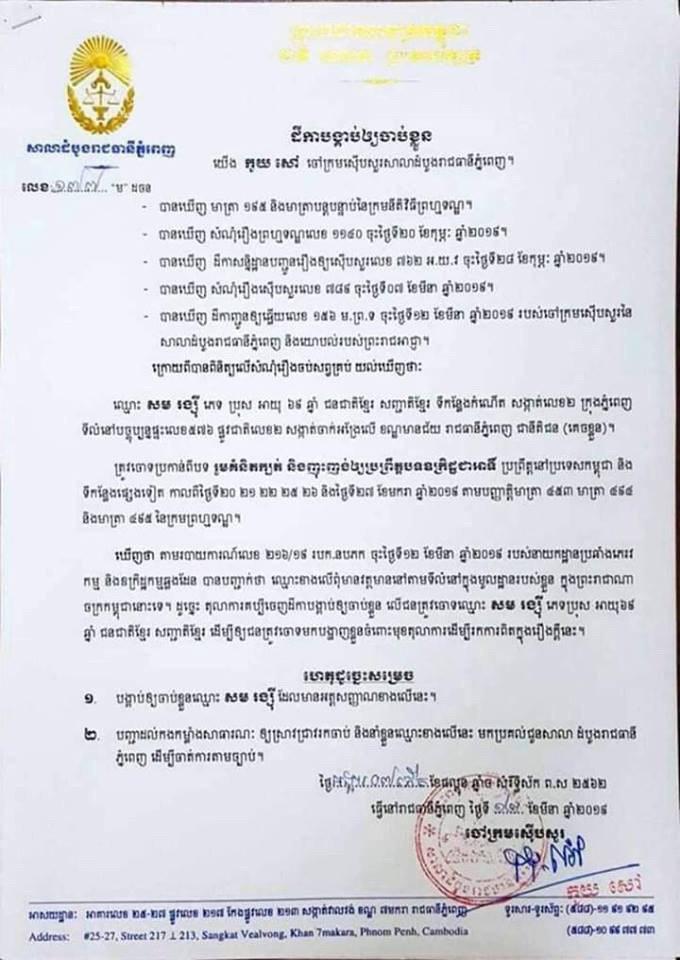 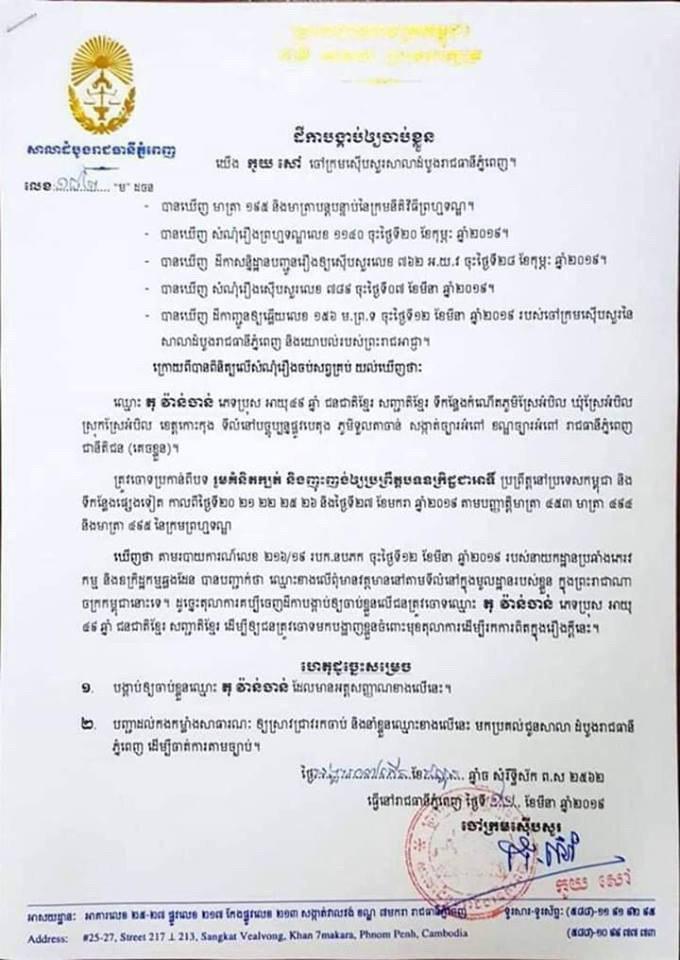 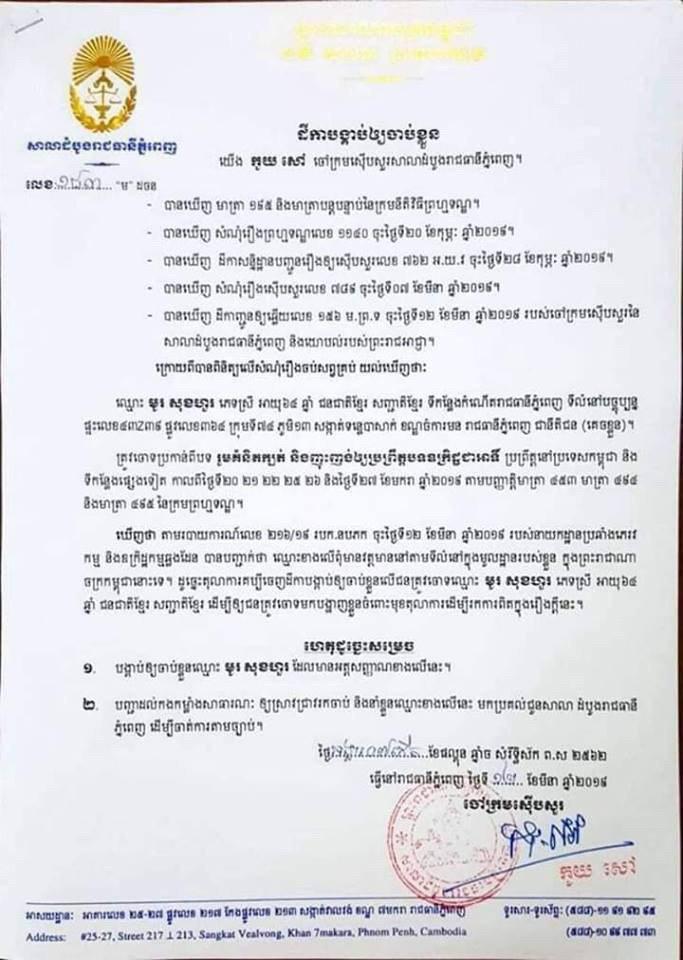 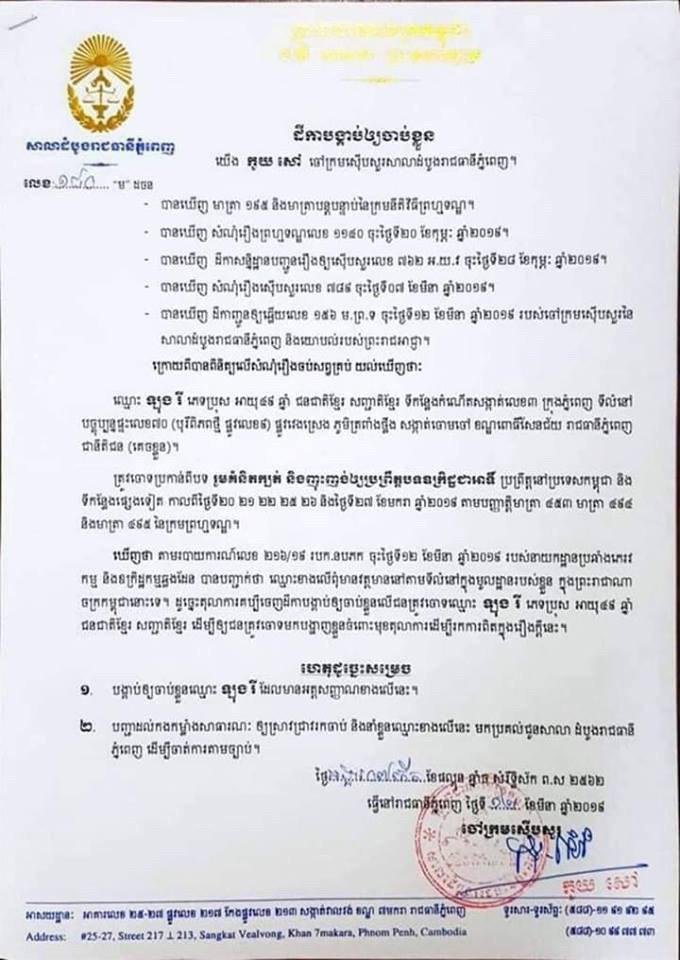 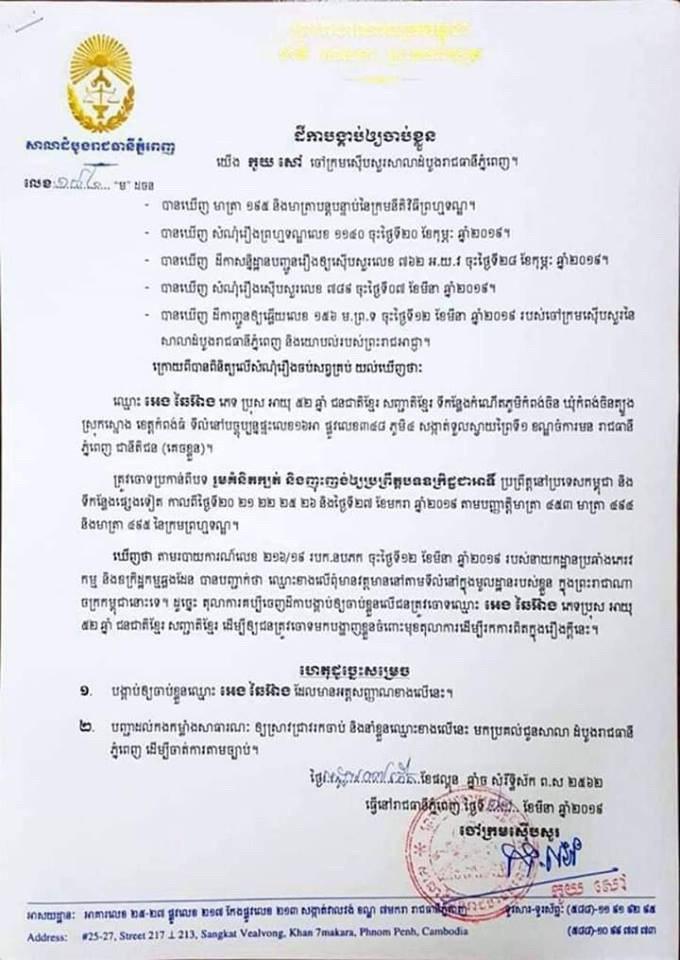 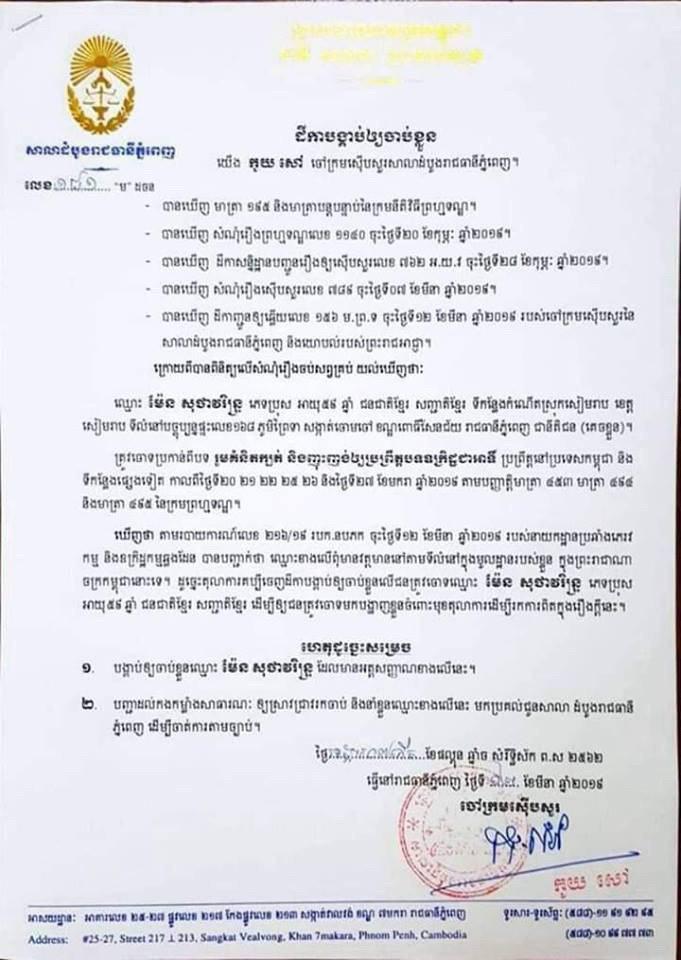 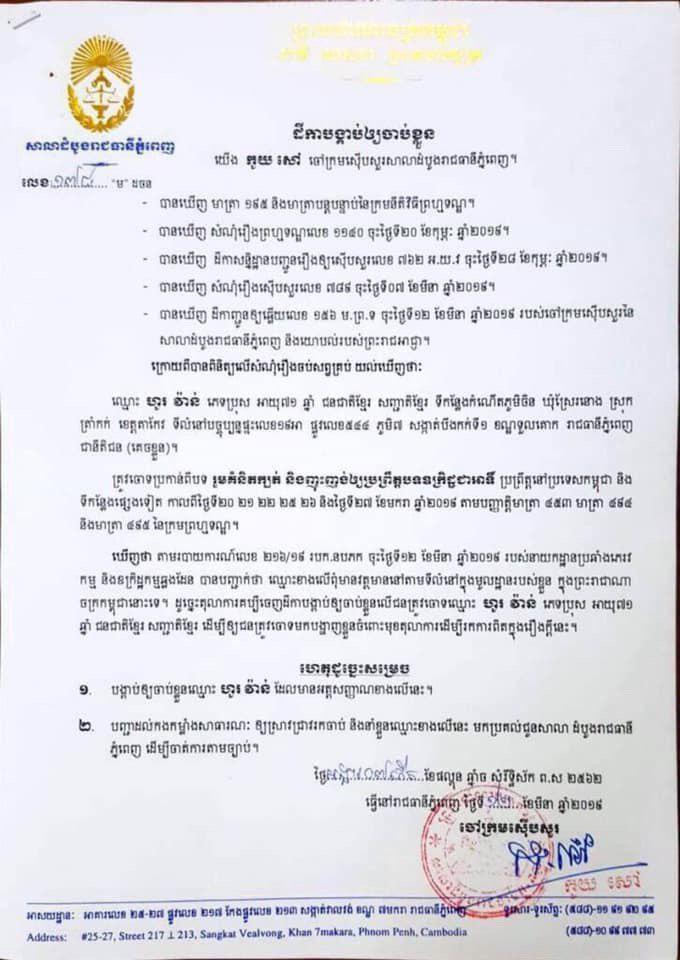