Phnom Penh (FN), March 17 - At the invitation of His Majesty Preah Bat Samdech Preah Boromneat NORODOM SIHAMONI, King of Cambodia, His Excellency Moon Jae-in, President of the Republic of Korea (ROK), accompanied by Her Excellency the First Lady Kim Jung-sook, paid a state visit to the Kingdom of Cambodia from 14 to 16 March 2019, according to the foreign affairs ministry' press release dated Sunday.

"Both leaders expressed satisfaction with the significant progress of bilateral cooperation over the last 20 years since the re-establishment of diplomatic relations in 1997, and expressed commitment to further deepen and widen cooperation between the two countries in both bilateral and multilateral frameworks," the statement continued. 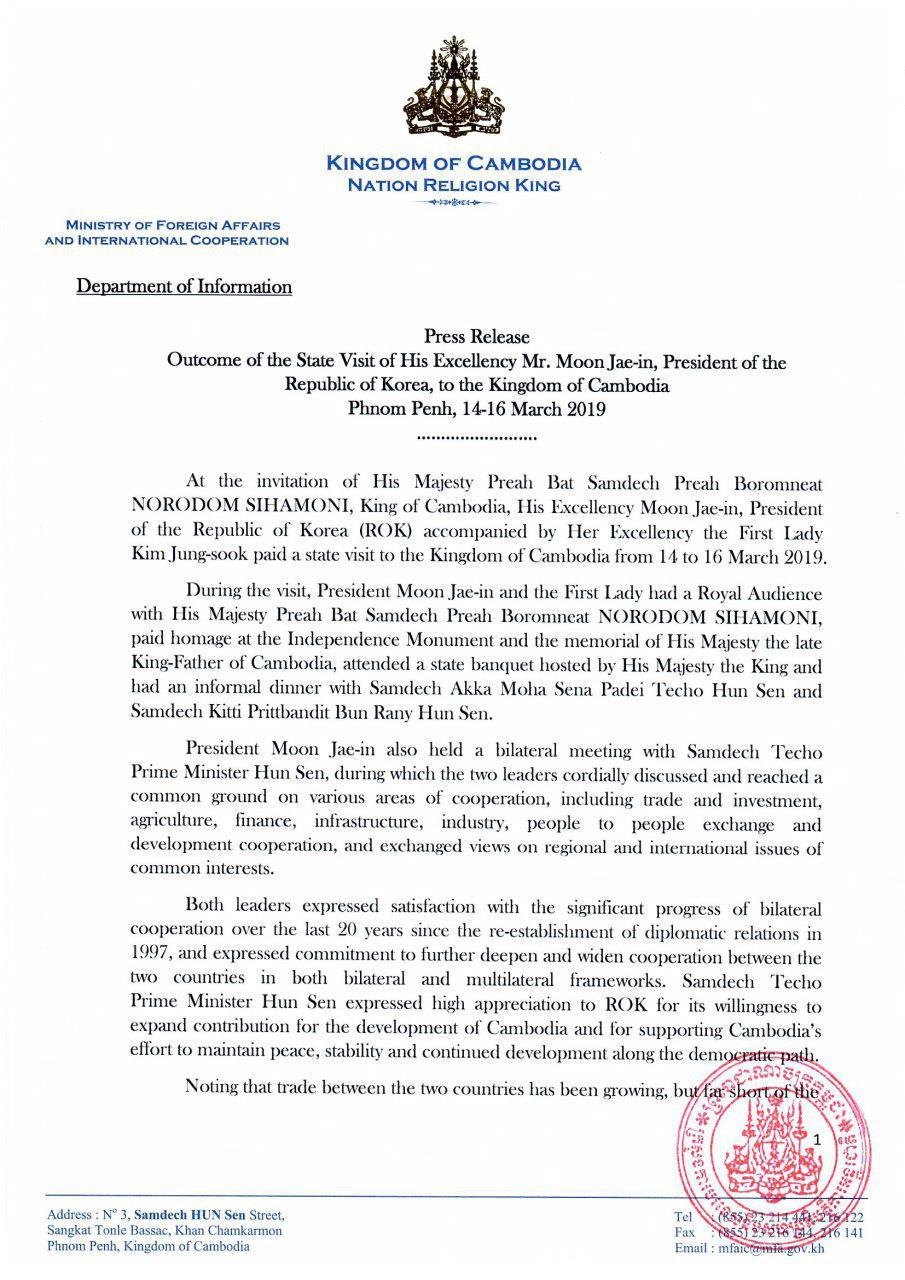 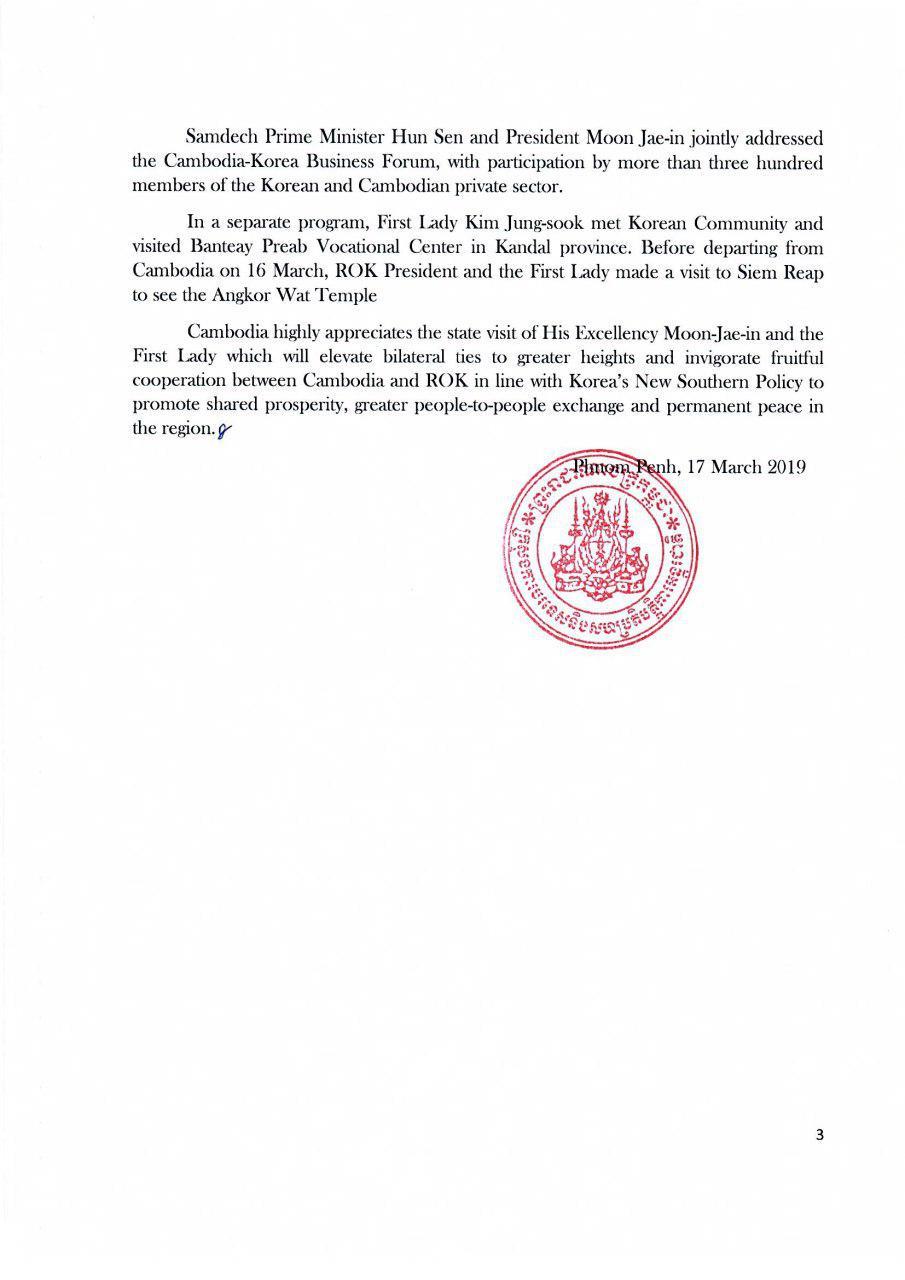 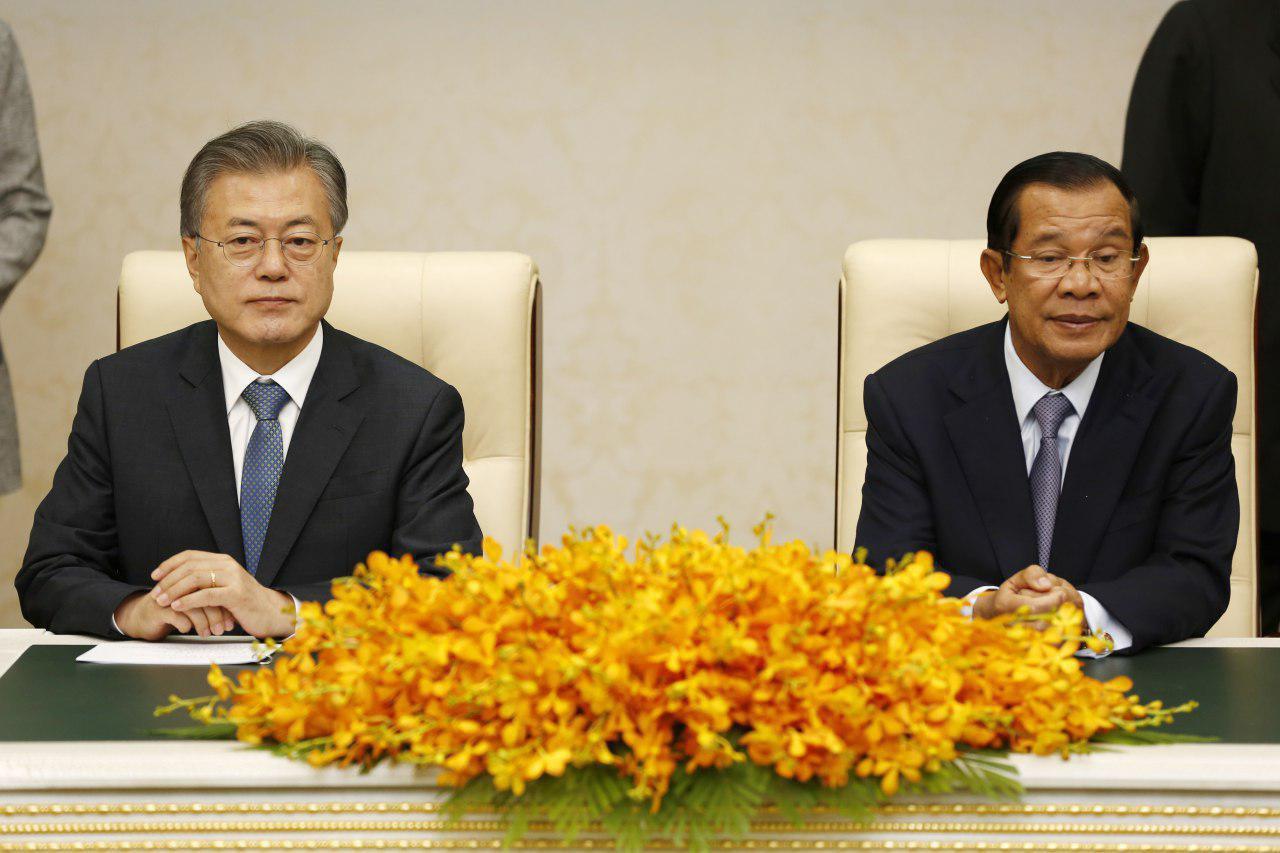 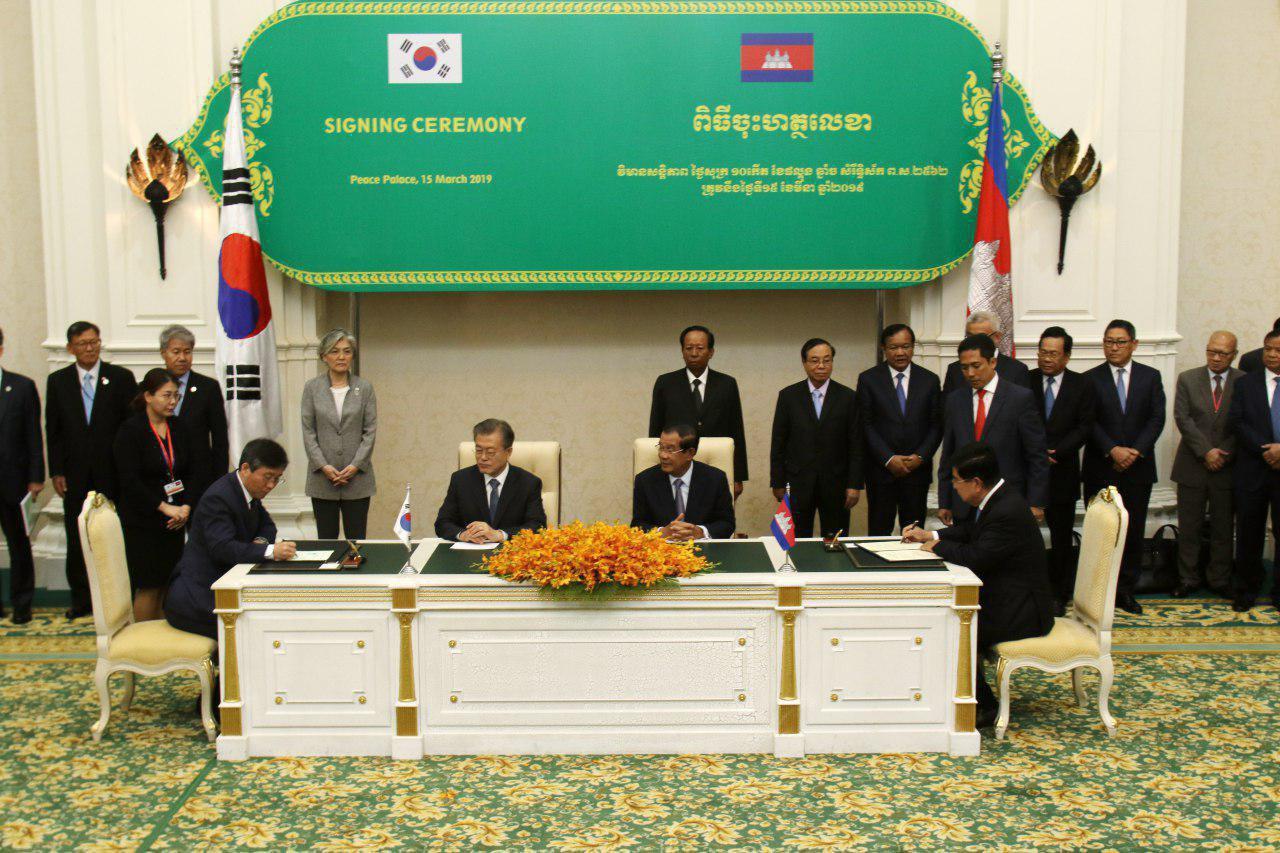 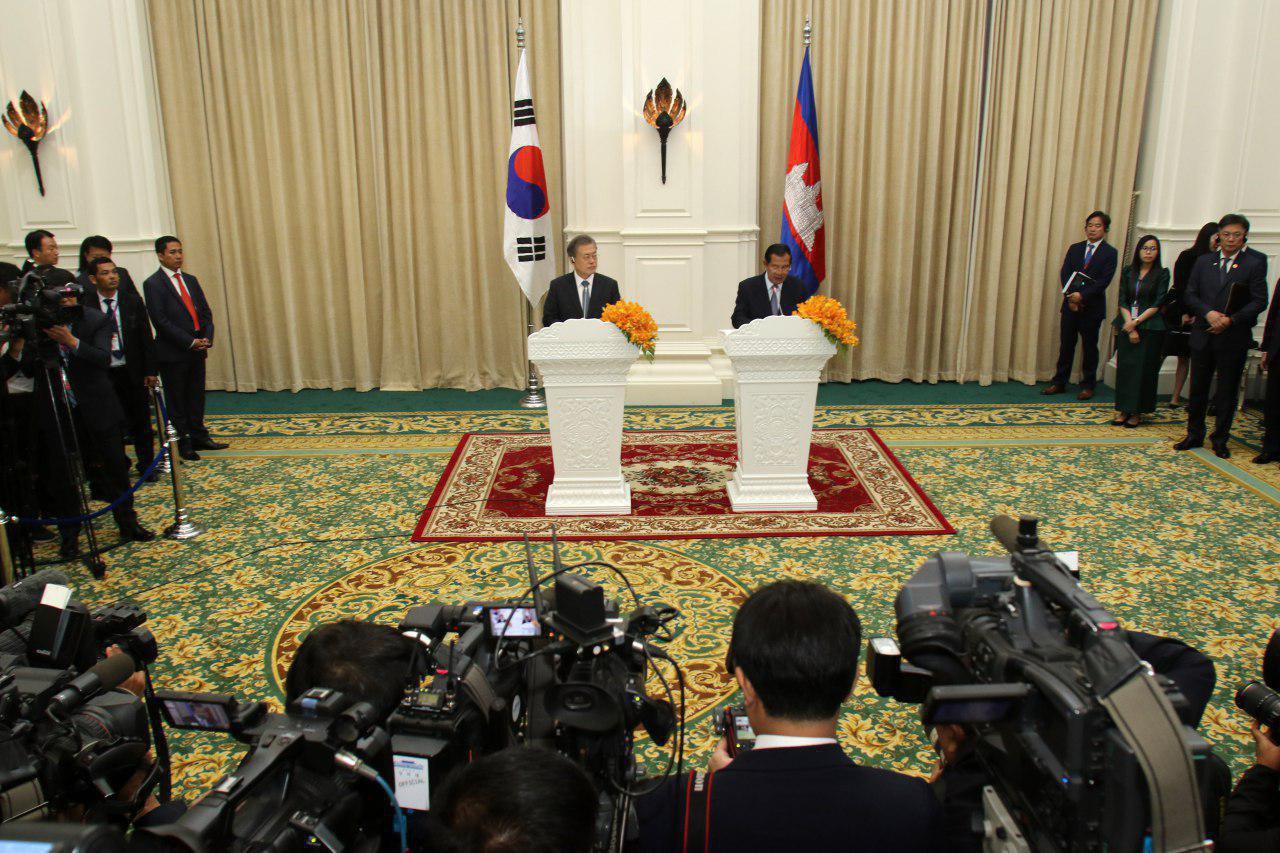