Ou Chanroth, former lawmaker, told Fresh News that he will organize a press conference when rehabilitation granted to him.

As of today, nine of the banned politicians from the dissolved CNRP have re-entered politics, including former top advisor Kong Korm and lawmaker Kong Bora, rehabilitated on 15 January 2019; opposition member Sim Sovanny, known as Sim Vanny, rehabilitated on 2 March 2019; and this Monday, Khemarin was the fourth to re-enter politics. 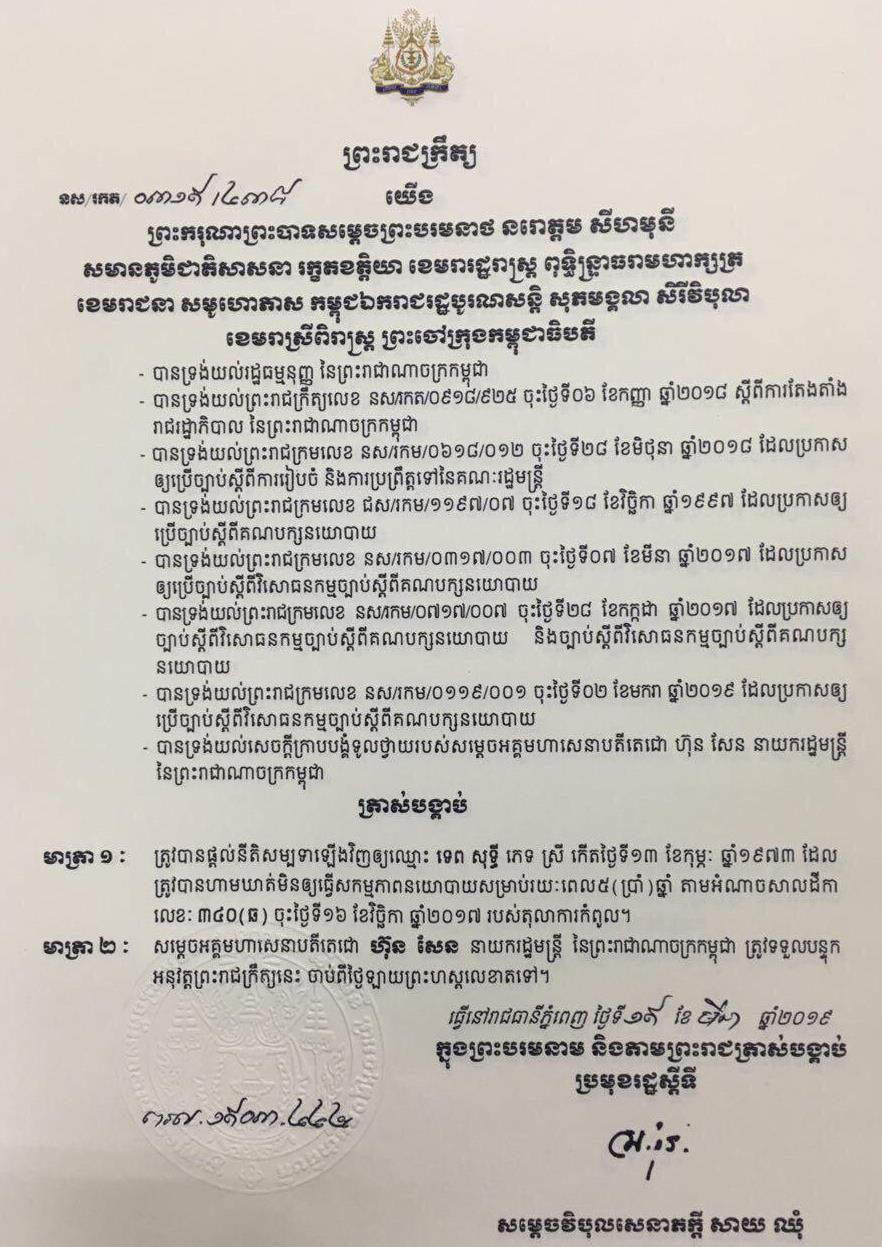 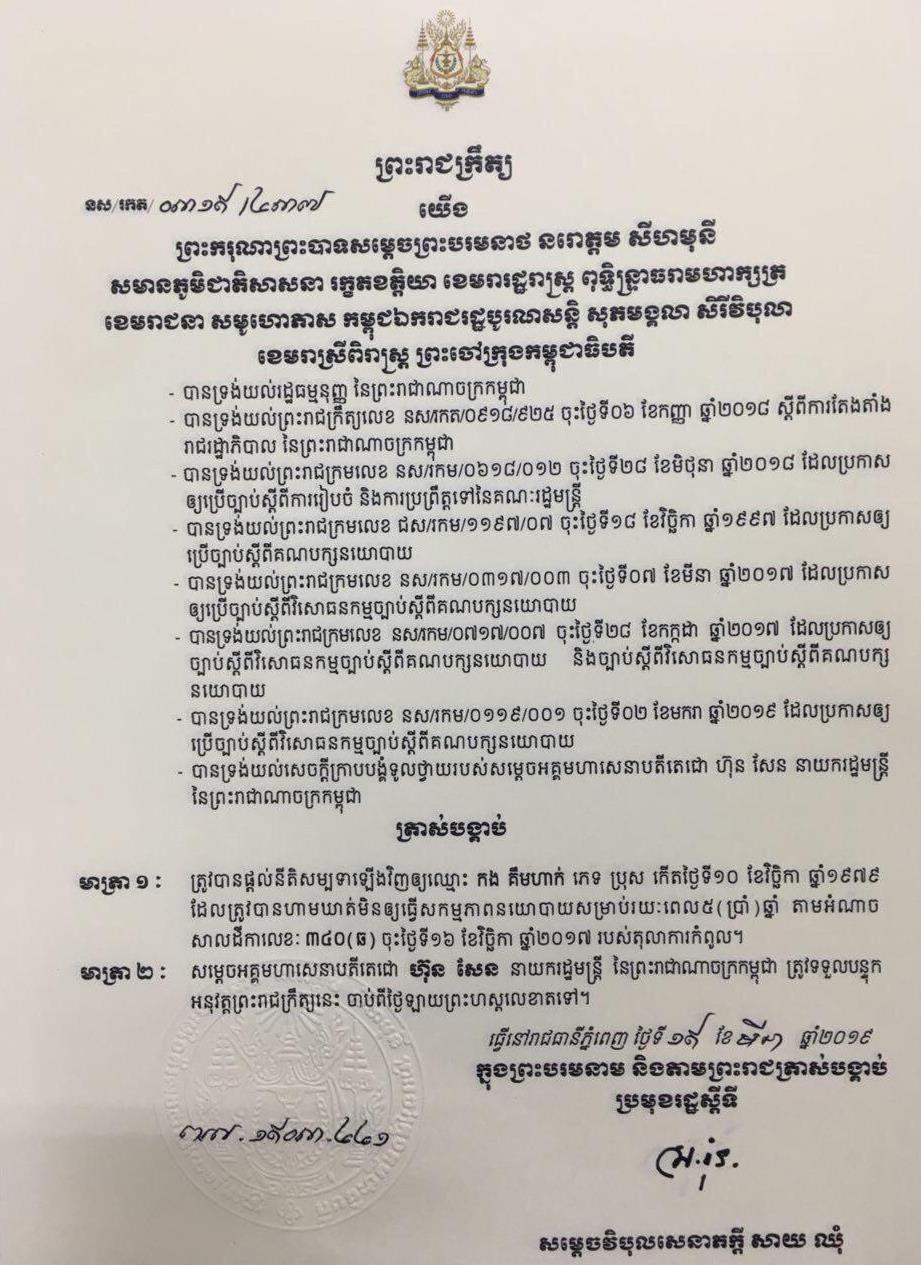 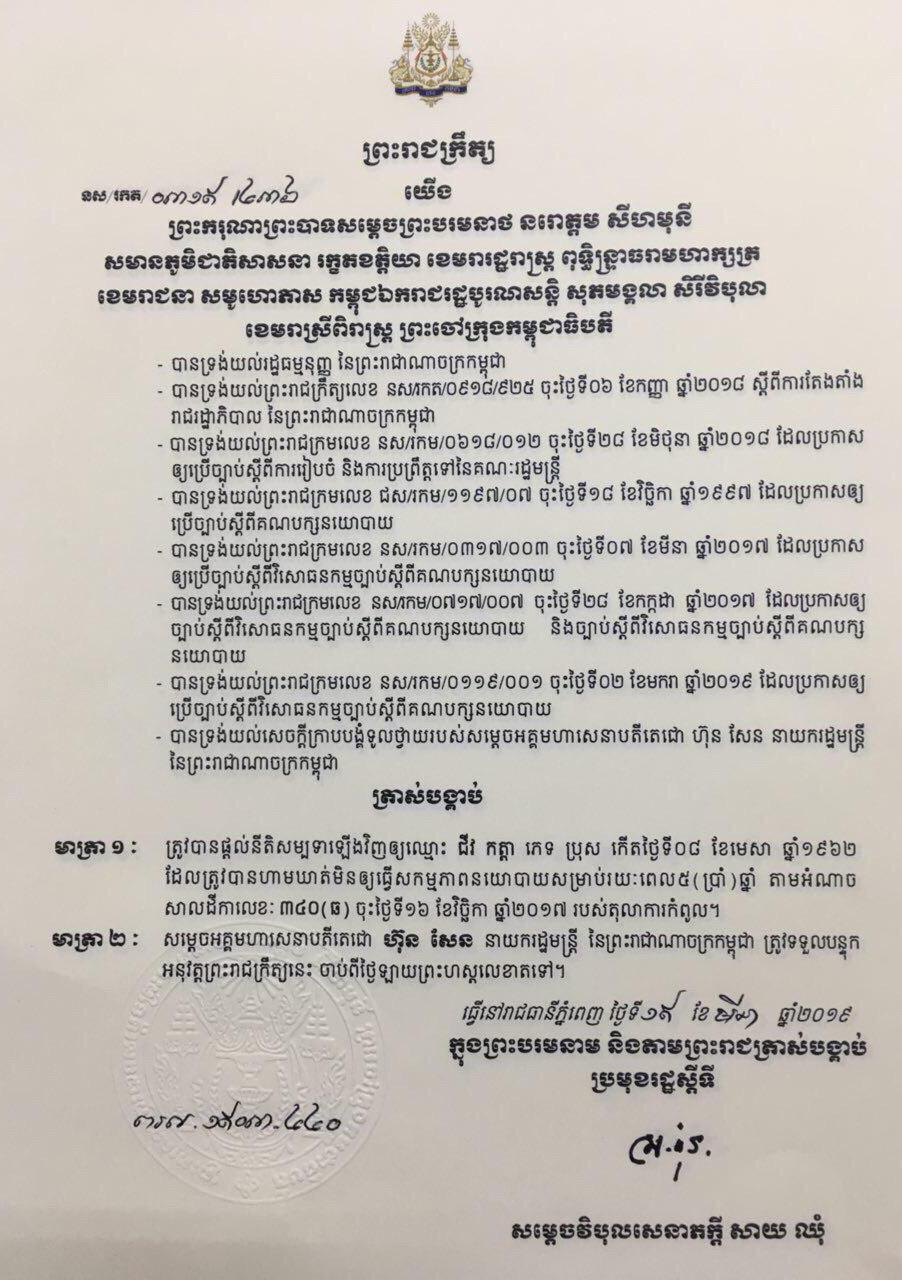 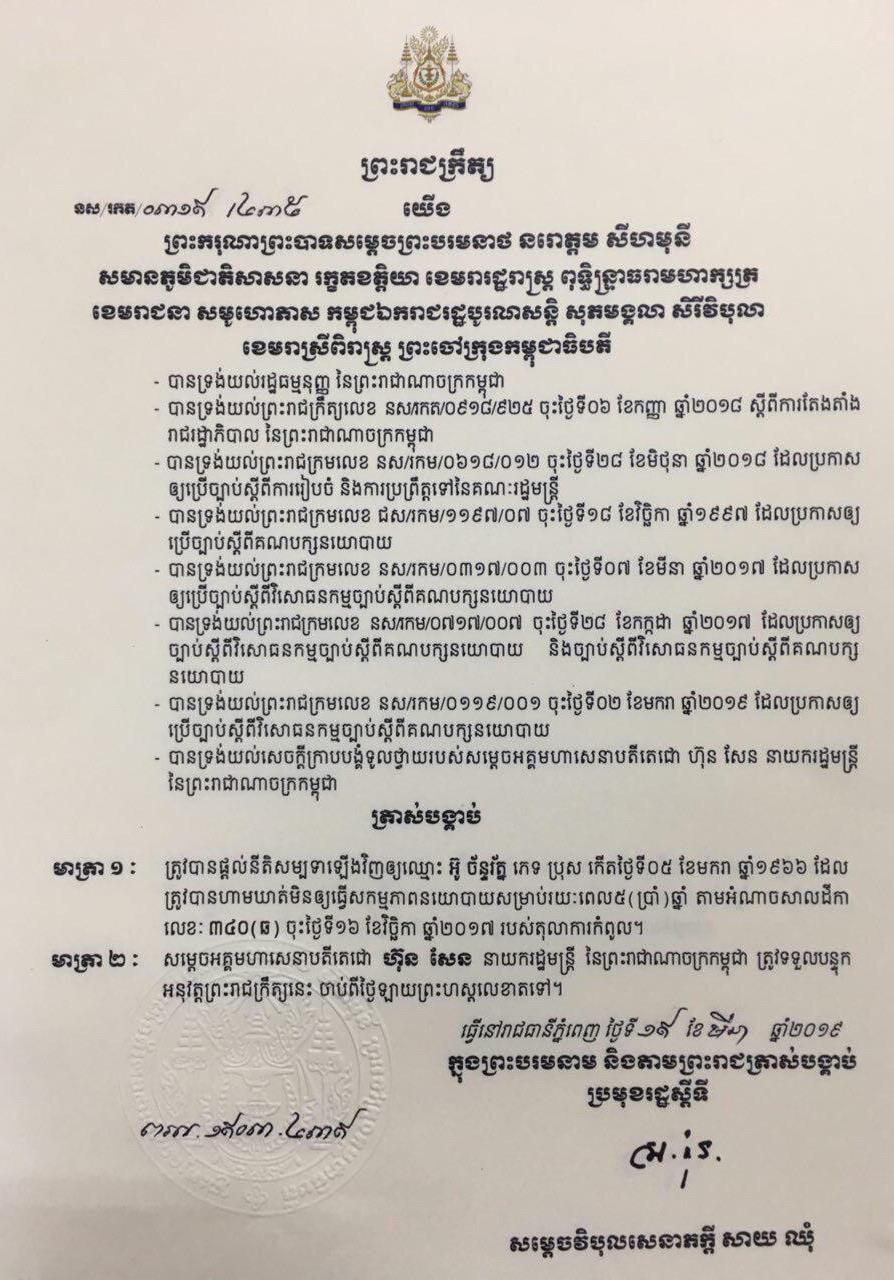