Phnom Penh (FN), March 20 – Her Majesty Queen Mother Norodom Monineath Sihanouk sent a congratulation letter to Prime Minister Hun Sen for his achievement of “The Honorary Doctorate of Philosophy in Political Communication” from Krirk University, according to the letter dated on 20 March 2019.

"I would like to congratulate the Premier’s great achievement, and commend on your noble, heroic, and wise leadership, making Cambodia peaceful, stable, and prosperous,” Her Majesty Queen wrote. 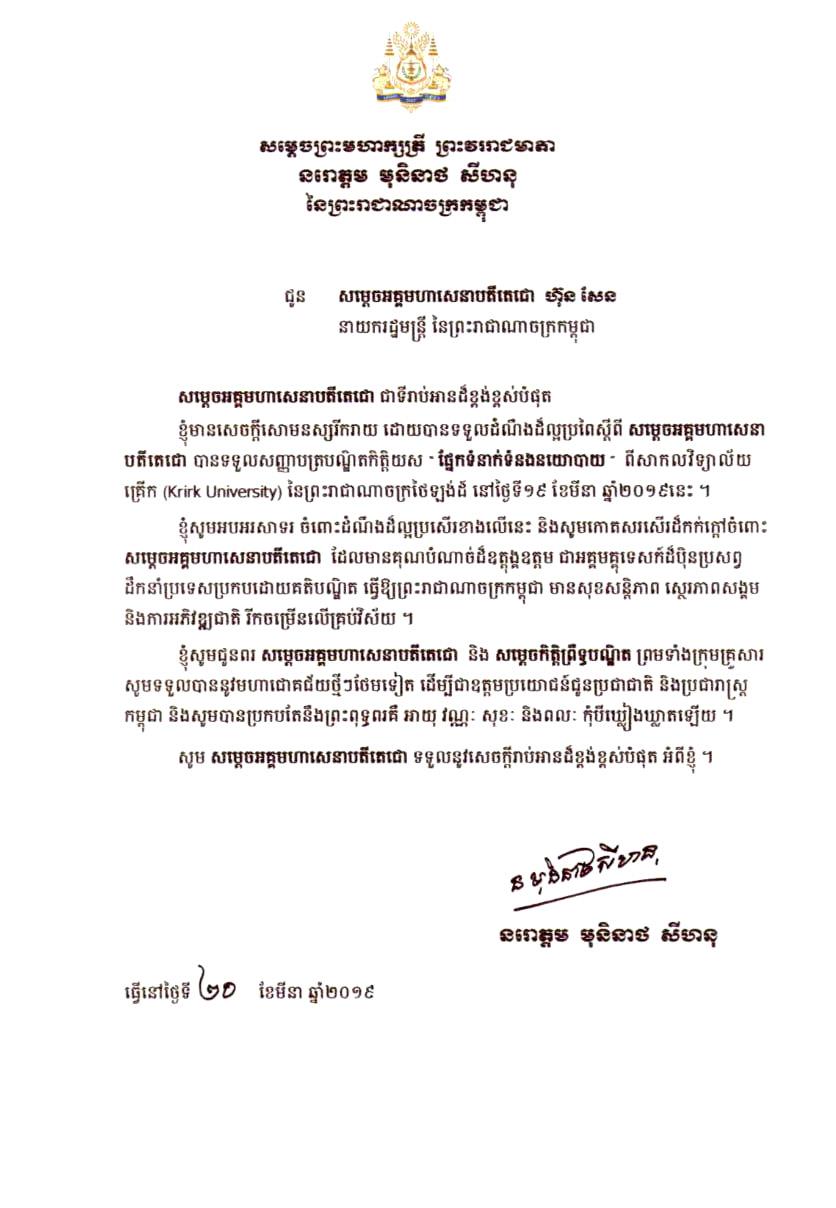