UNITED NATIONS, March 29 (Xinhua) -- There is still much more to do to increase the number of women in the ranks of the UN peacekeeping missions, said Hollywood actress Angelina Jolie on Friday at the UN Headquarters in New York.

Jolie, a special envoy for the UN Refugee Agency (UNHCR), addressed a UN peacekeeping conference that brought together dozens of defense ministers and hundreds of delegates.

Noting that she met some "formidable female peacekeepers," Jolie said that increasing the number of women "cannot come soon enough for the effectiveness and impact of peacekeeping missions."

The 43-year-old Oscar winner applauded that the number of women peacekeepers is on the rise, with African nations in particular leading the way. "There are more gender advisers on UN missions, although still not enough."

Women themselves are protectors as mothers and peacekeepers and human rights defenders, and they are already contributing to peace of the world without recognition or glory, because it comes naturally to them, she added.

There are countless examples of women rising, taking leadership, taking their destiny into their own hands around the world, said Jolie, lamenting women and girls are, however, still the majority of the victims of war.

"They are over half of all refugees and the vast majority of the victims of rape and other sexual and gender-based violence. Women are at the absolute epicenter of modern conflict, in the worst possible sense," she said.

As long as society continues to put almost every other issue ahead of women's rights and participation, the world will remain stuck in a cycle of violence and conflict, she said.

Also attending Friday's conference, UN Secretary-General Antonio Guterres said that a strategy will be presented to the Security Council next month to increase the number of female peacekeepers.

The UN chief said that it is "unacceptable" only 4 percent of the military peacekeepers are women in 2019. 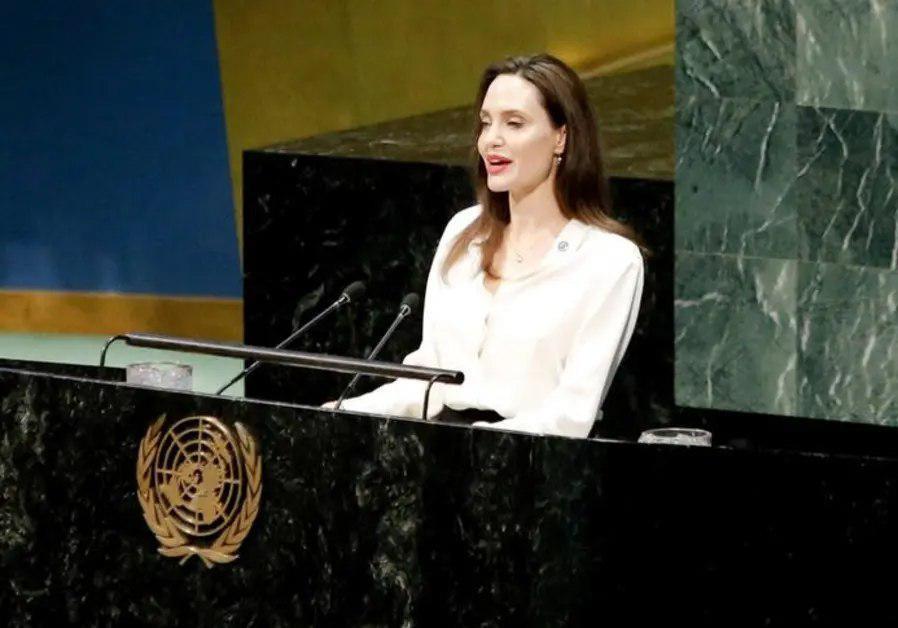