Moon Chung-in, a special presidential adviser for unification, security and foreign affairs, said during a conference in Seoul that if the DPRK allows outside inspectors to verify its dismantlement of the Punggye-ri nuclear test site, U.S. President Donald Trump may accept it as a positive signal and respond to it by partially lifting sanctions against Pyongyang.

In May last year, the DPRK invited international journalists to show them the demolition of its sole nuclear testing ground, but the country had yet to invite outside inspectors for its verification.

His suggestion was a possible first step that the DPRK can take to resume the stalled denuclearization negotiations with the United States after the second summit between top DPRK leader Kim Jong Un and Trump ended with no agreement in late February in the Vietnamese capital of Hanoi.

Moon noted that if the DPRK takes such action for the denuclearization, the United States can allow the resumption of the two inter-Korean cooperation projects -- the jointly-run industrial park in the DPRK's border town of Kaesong and the South Koreans' tour to the DPRK's scenic resort of Mount Kumgang that have been halted since 2016 and 2008 each.

His comment came ahead of President Moon's trip to Washington next week for a summit meeting with Trump.

The presidential adviser said both the DPRK and the United States need to take a discreet position to hold their third summit that could be followed by working-level dialogues between the two countries.

He emphasized the importance of narrowing differences between Pyongyang and Washington, recommending the comprehensive agreement and its gradual implementations. 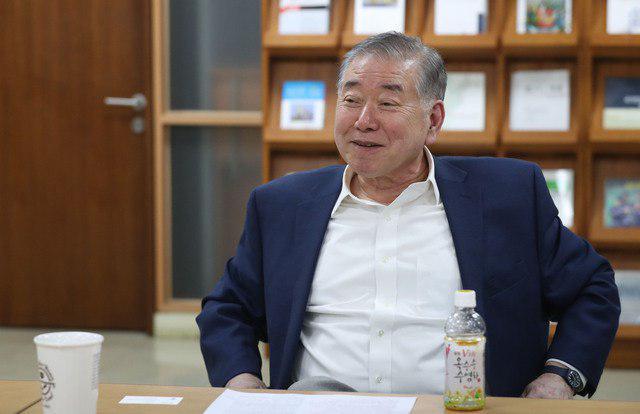