Health ministry spokesman Ly Sovann said African swine fever has not yet been known to infect humans, while Minister Veng Sakhon of Agriculture, Forestry and Fisheries issued the announcement to temporarily halt the rearing of pigs, buy-sell, and transports of pigs and pork in Rattanakiri.

The outbreak was pointed to the incaution of Rattankiri border control, particularly the veterinary authorities of department of animal health and production.
=FRESH NEWS 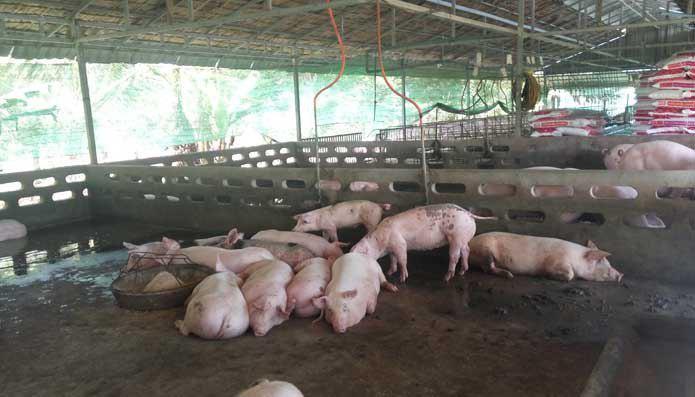 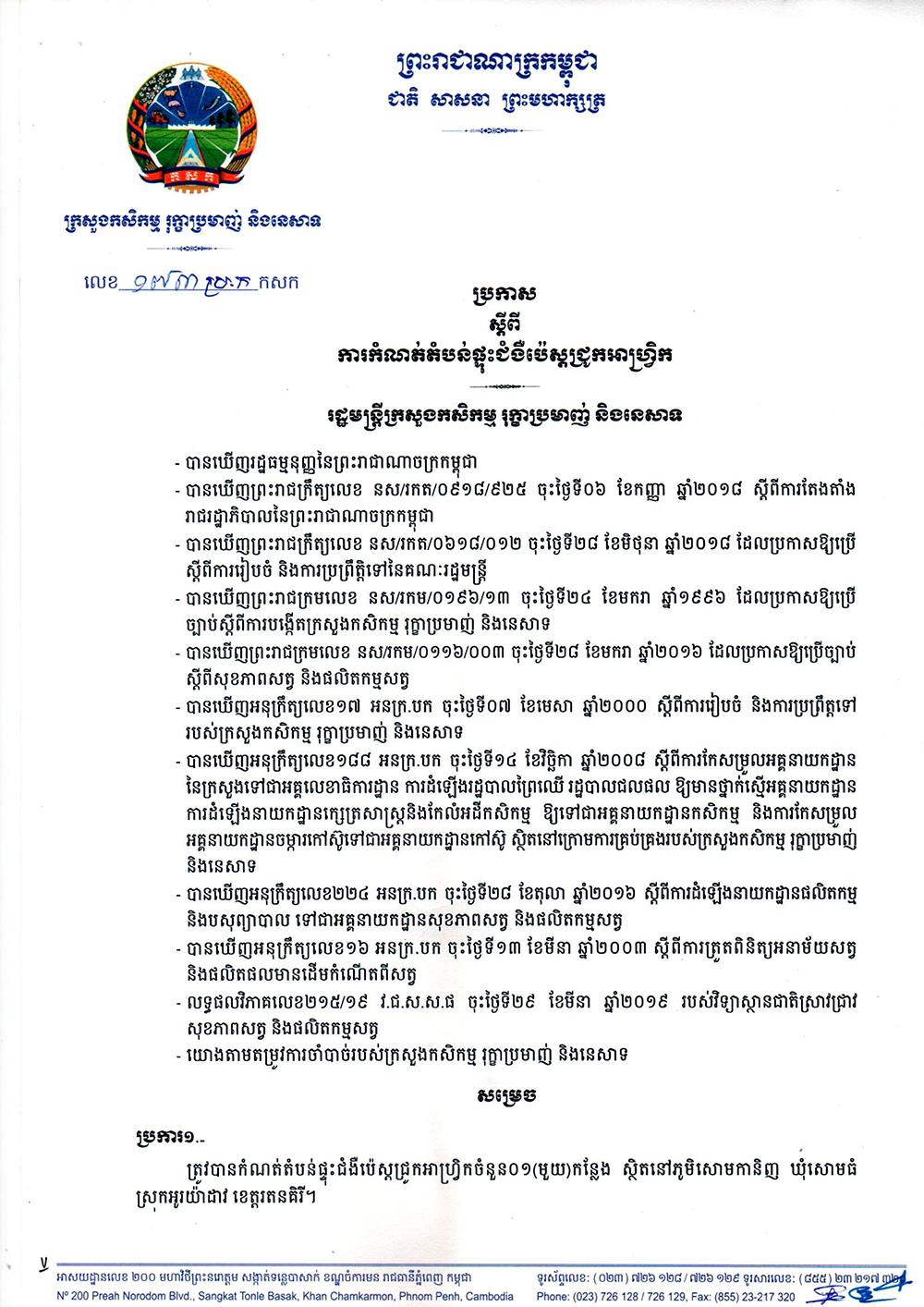 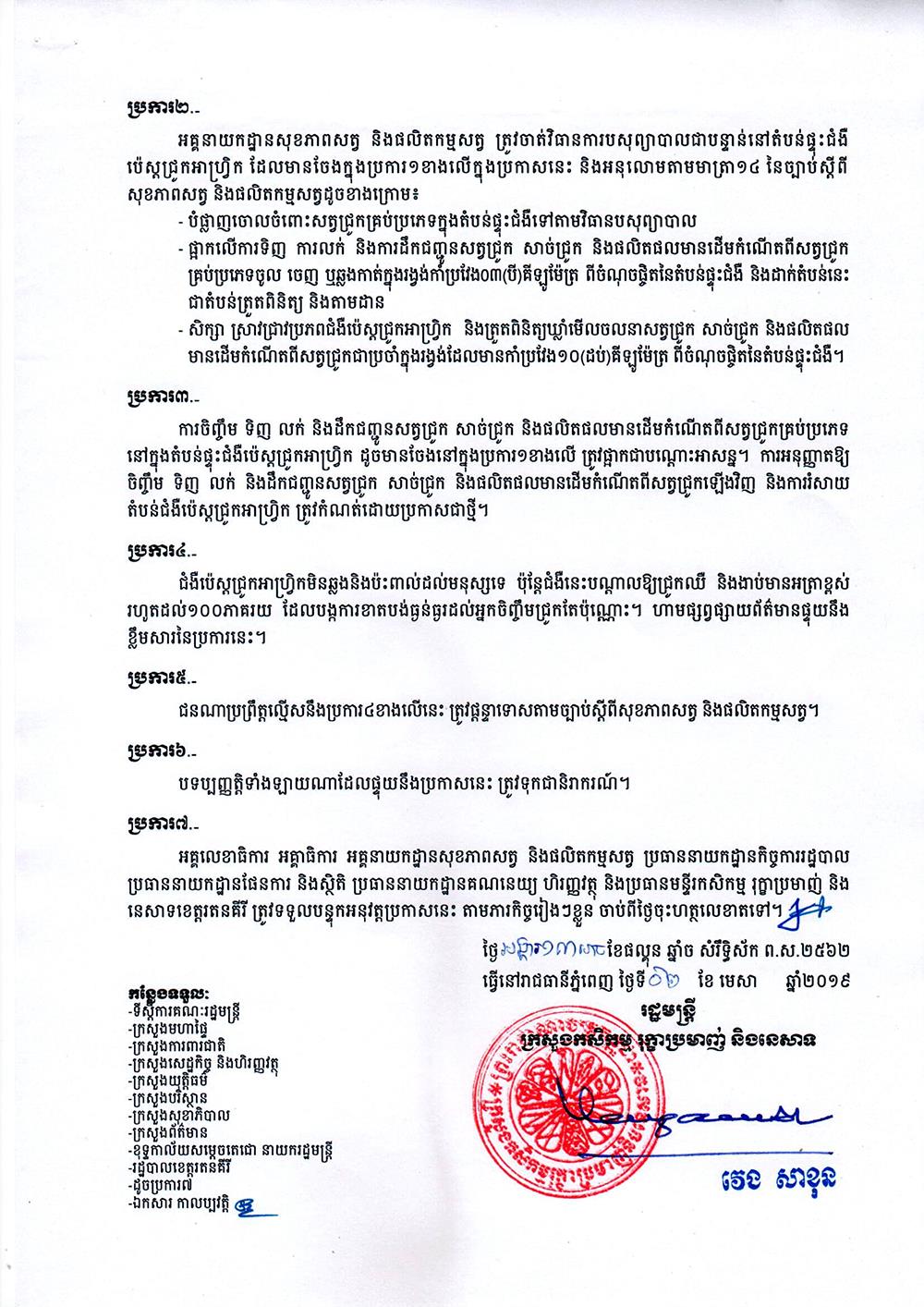