"For Cambodia, with Chinese assistance, we can build mega-infrastructure projects, and those projects are crucial to boosting economic growth and making communication easier and faster," Cambodian Information Minister Khieu Kanharith said.

According to the recent data the Chinese Embassy to Cambodia posted in social media, China has built 31 highways and 8 bridges for Cambodia with the total length of highway up to more than 3,000 km, as well as all the hydropower stations in Cambodia.

"Our first priority is to boost economic growth and to make everybody have a fair share of the economic growth," Khieu Kanharith said. "The BRI can help us through supporting infrastructure projects and human resources development," he said.

Kin Phea, director-general of the International Relations Institute of the Royal Academy of Cambodia, said under the Cambodia-China cooperation within the framework of the BRI, China has invested in many large projects in Cambodia including hydropower plants, road and bridge projects, special economic zones, Phnom Penh-Sihanoukville expressway, and a new Siem Reap international airport.

Kin Phea said that Cambodia has high expectation that China will help further develop its infrastructure. "Doing so will reduce logistics cost in the kingdom, enhance economic competitiveness, and diversify sources of growth," he said.

Neak Chandarith, director of the Cambodia 21st Century Maritime Silk Road Research Center, said the infrastructure projects, industrial zones that China built here will bring a lot of benefits to Cambodia and her people. "These will help spur the development of Cambodia by assisting Cambodia from a lower-middle income country to an upper-middle income country by 2030," he said.

Facing the external uncertainties, Cambodia is strengthening its economic resilience through cooperation with China in important sectors like agriculture, tourism, and diversification of manufacture.

The European Union, the traditional big buyer of Cambodia's rice, imposed earlier this year tariffs on rice from Cambodia in a bid to curb a surge in rice imports from the country, and as a result, Cambodia only exported 51,552 tons of milled rice to the European markets during the first quarter in 2019, down 33 percent.

Agriculture is one of the economic pillars of the country and millions of farmers rely on the rice export. China, at this time, increased its import of rice from Cambodia and became the biggest buyer during the January-March period this year.

Cambodia had exported 75,214 metric tons of milled rice to China in the first quarter of 2019, a 59 percent rise over the same period last year, according to the report of the Secretariat of One Window Service for Rice Export. Export to China accounted for 44 percent of the country's total rice export.

In order to promote tourism cooperation, both countries set 2019 as the China-Cambodia culture and tourism year.

Tourism accounts for 12.7 percent of the country's GDP (gross domestic product) and has created direct and indirect jobs for millions of people, according to Cambodian Tourism Minister Thong Khon.

Joseph Matthews, a senior professor at the Beltei International University in Phnom Penh, said that Cambodia can put more emphasis on agro-industries such as cassava and rubber processing which can uplift Cambodia's production capacity to meet the demand of the Chinese market. Cassava is Cambodia's second largest agricultural crop after rice.

There have been apprehensions among decision makers in Cambodia about the possible withdrawal of the European Union (EU)'s preferential trade arrangement under the Everything But Arms (EBA) in August 2020, Matthews said.

Therefore, more investment in manufacturing, preferably in electronics and car spare-parts, can create jobs to offset layoffs from the garment sector due to factories cutting back on production because of decreased overseas purchase orders, he said.

"Among all the 153 companies in our zone, 22 are garment factories and the rest cover a wide range from furniture, travel goods, medical equipment, to machinery, construction material and etc.," Chen said. "We had 35 new companies established in our zone in 2018," Chen said. 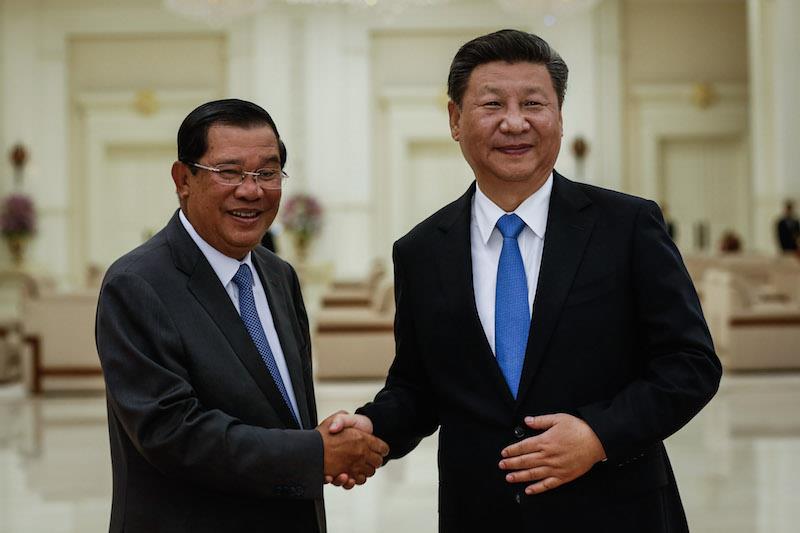