Prime Minister Hun Sen stated that as a small country, Cambodia could not live without the connection with the outside world. The growth and prosperity of all Cambodians is largely due to how to work with ASEAN in deepening regional integration as well as strengthening the importance and strength of the nation.

The Premier added that since becoming a member of ASEAN on 30 April 1999, Cambodia has been working closely with other members to build an ASEAN community that focuses on people and brings people together. People are at the core of the spirit of ownership and shared responsibility.

In fact, ASEAN has become a core of Cambodia's foreign policy, which can be reflected by linking Cambodia's socio-economic development to regional integration and international cooperation. As Cambodia is committed to achieving the vision of becoming a middle-income country by 2030 and a developed country by 2050, Cambodia considers the ASEAN community a source of peace, security, and prosperity for the Cambodian people.
=FRESH NEWS 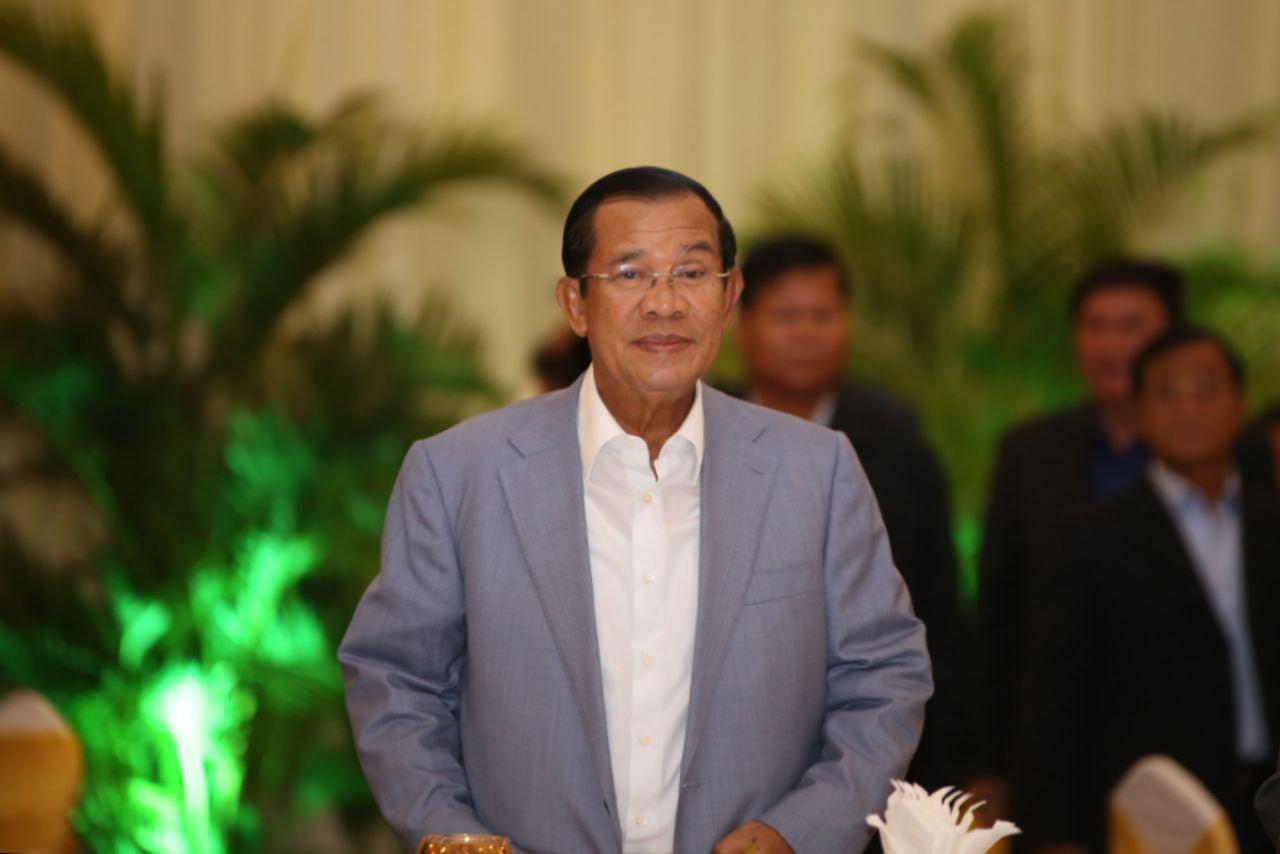 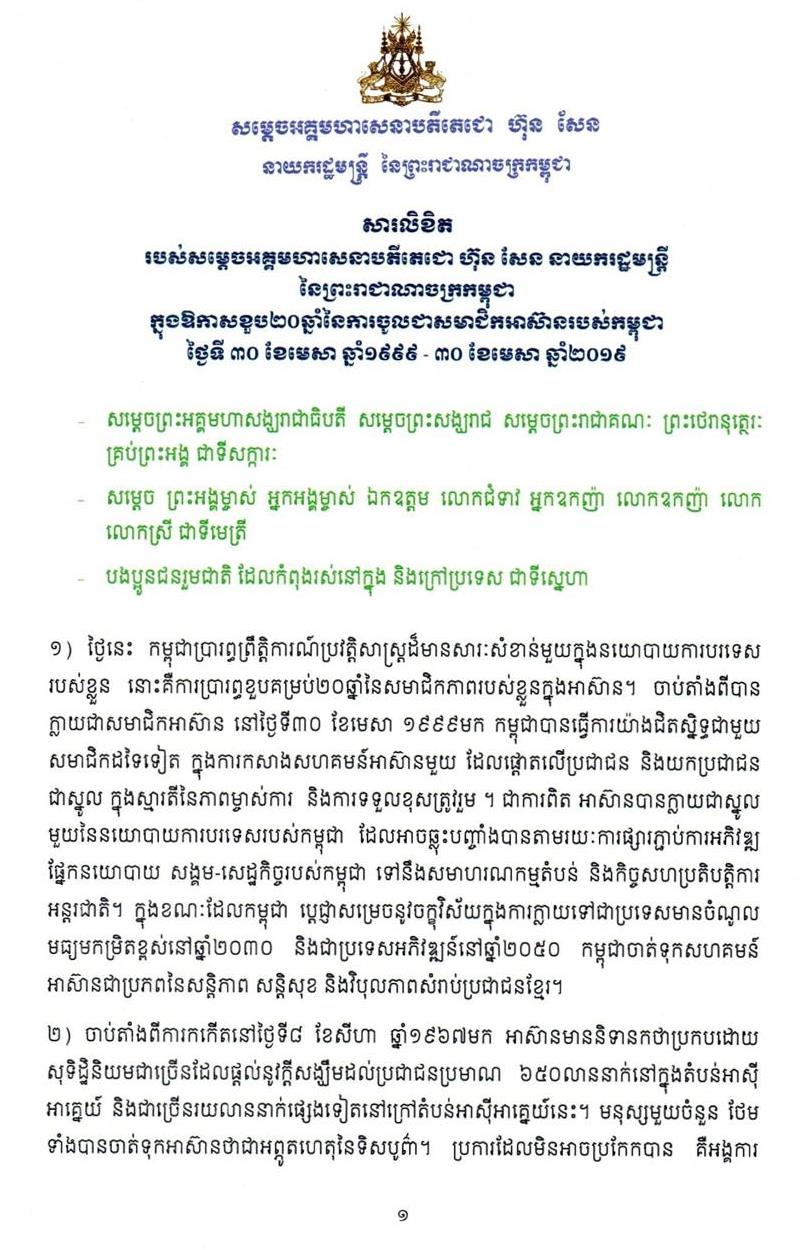 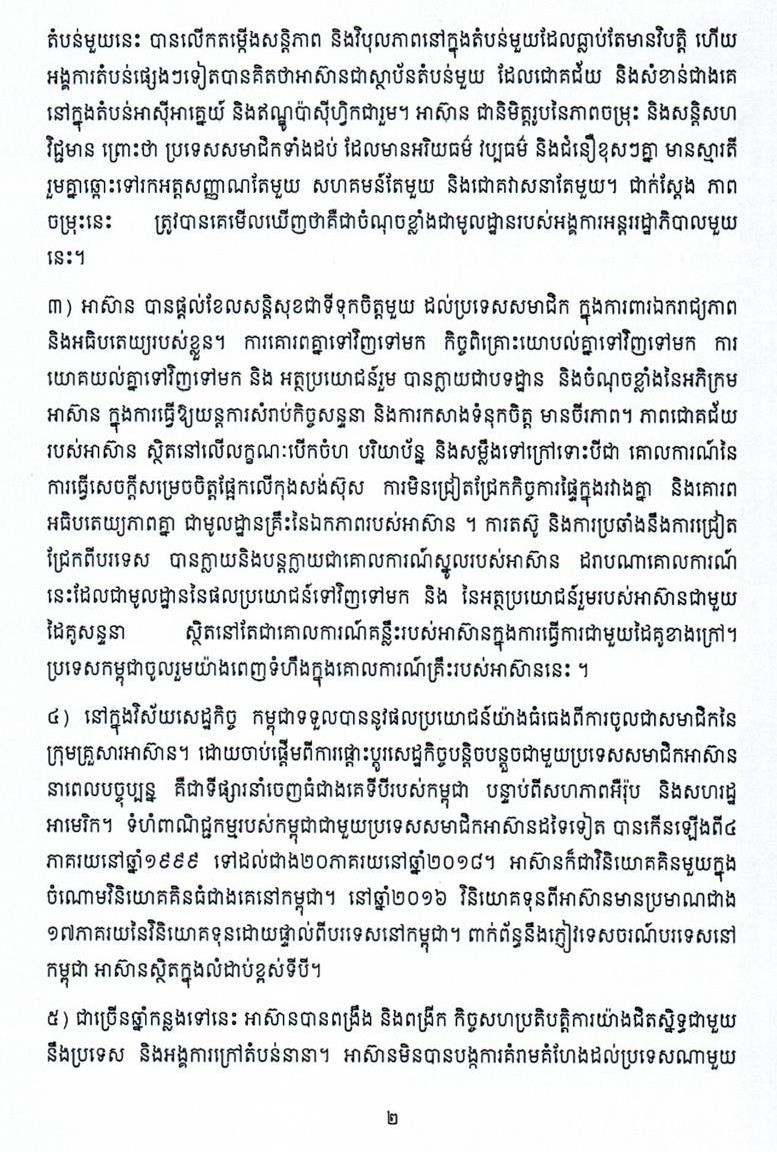 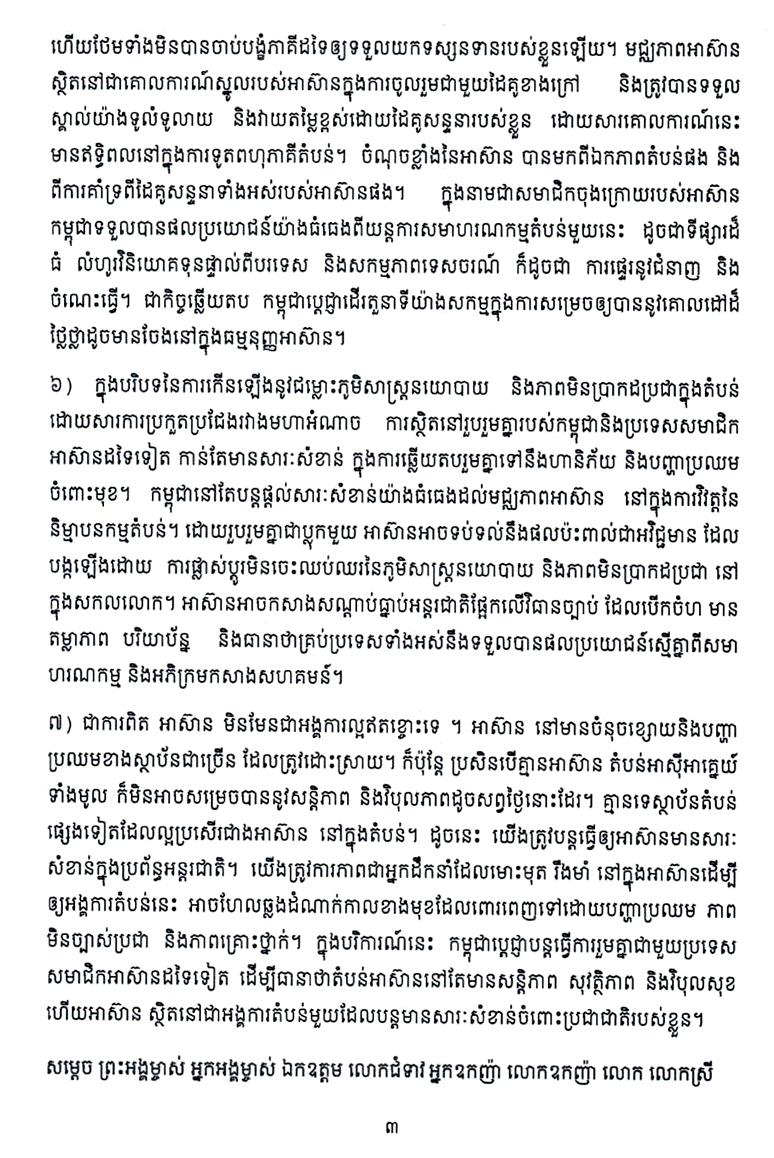 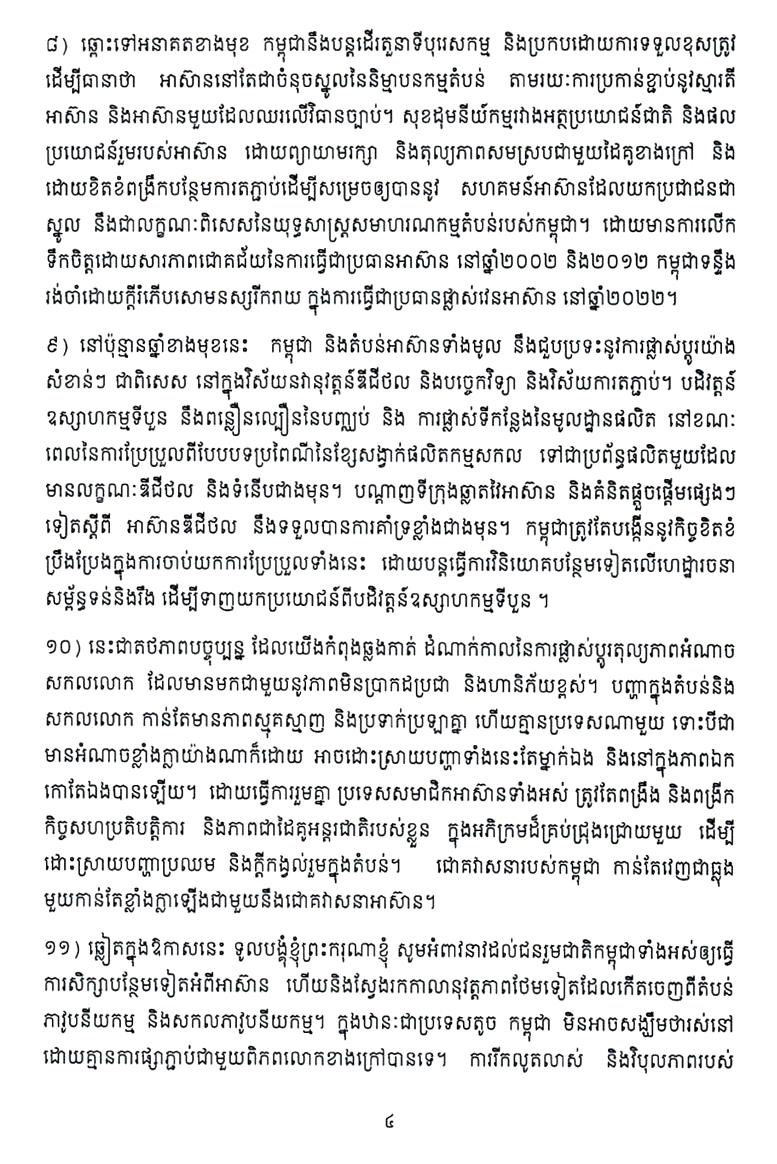 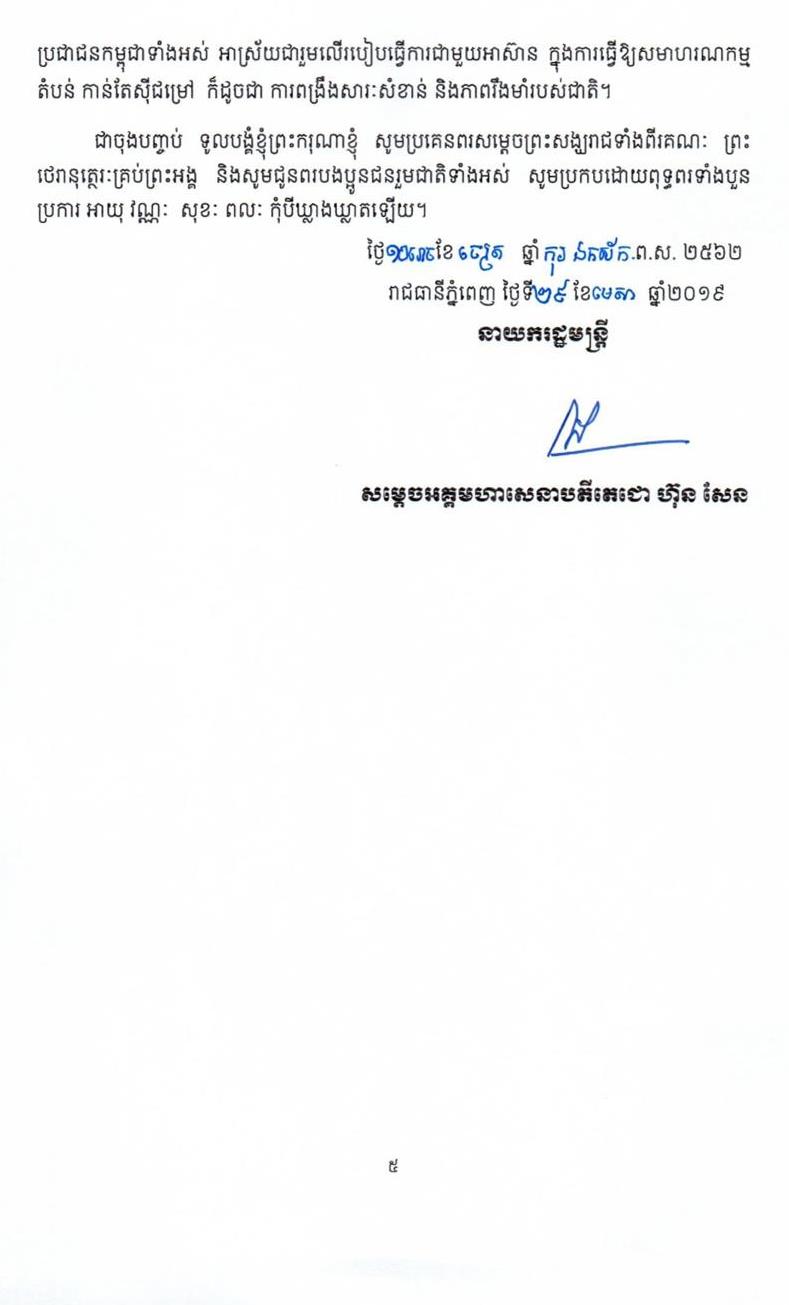