Documentation Centre of Cambodia to Screen "Jungle Guard", 20 May

Phnom Penh (FN), May 10 - Everyone is invited to the screening of a unique documentary film about how a Buddhist Monk became Cambodia’s Forest Preservation Guardian and is inspiring millions worldwide.

On 20 May 2019 at 3:00 p.m., the Documentation Centre of Cambodia will screen Jungle Guard at the National Institute of Education.

Monks, students, university lecturers, diplomats, journalists, and the public are cordially invited to this screening. Jungle Guard Executive Producer Youk Chhang and Director Makara Ouch will join the Venerable Bun Saluth, the new national hero of Cambodian forest preservation, to engage the audience in discussion and respond to questions at the conclusion of the screening. There is no charge for admission.

Jungle Guard portrays how Monk Bun Saluth singlehandedly organized a campaign to protect a forest and its wildlife in Anlong Veng District from timber thieves, wildlife and marine life poachers, and illegal mining interests.  He has persisted notwithstanding threats and intimidation, recruiting fellow monks and leaving behind the comfort of his pagoda to live fulltime in the forest. He disavows the use of weapons or threats against these illegal enterprises, relying instead on his extraordinary powers of persuasion and local authorities. News of his efforts reached the Prime Minister who officially conferred on this special monk an official mandate to protect this northern Cambodian forest and provided him with government resources to patrol it.

The film portrays Monk Bun Saluth as a leadership role model not only for Buddhist monks but for other representatives of religious orders to actively engage in protecting and preserving our precious and threatened natural world.

Jungle Guard portrays the inspiring life of a Buddhist monk community that has voluntarily assumed the role of protector and guardian of our natural habitat.  It is a model that now is being replicated in other parts of the world.

In the documentary, Venerable Bun Saluth describes why he chose to become a forest guardian and how the principles of Buddhism support environmental protection.  The area of his guardianship now extends to 30,254 hectares.

The forest, known as the Monk Commune Forest, is located in Anlong Veng district, the last stronghold of Khmer Rouge rebel army and its surviving leaders, in Cambodia’s Oddar Meanchey province.
=FRESH NEWS 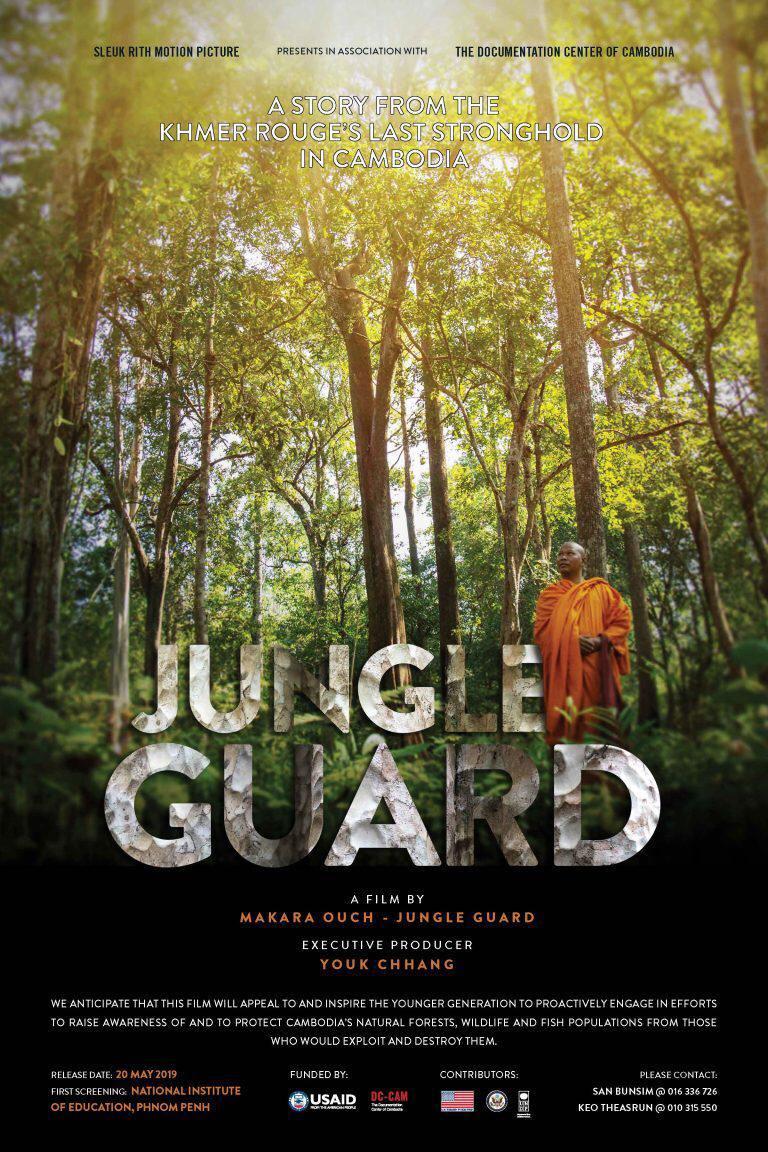