Phnom Penh (FN), May 12 - The Chinese Embassy in Phnom Penh has announced that it is following up and paying close attention to a group of Chinese nationals who posted a video clip attempting to provoke insecurity in Sihanoukville, the port city of Cambodia, about 230 km from the capital Phnom Penh.

"The Chinese Embassy in Cambodia has provided support for Chinese and Cambodian police to launch a comprehensive investigation. The truth will soon be revealed," the embassy wrote on Facebook Sunday.

On 12 May 2019, a video clip showing the anarchic activities of a Chinese gang in Sihanoukville was distributed on social media. In the video, one of the gang leader said they came from Chongqing and said that Kompong Som, three years later, will be under his influence.

"Kompong Som, in the next three years, whether it will be safe or chaotic is under my control," the gang leader spoke in Chinese.
=FRESH NEWS 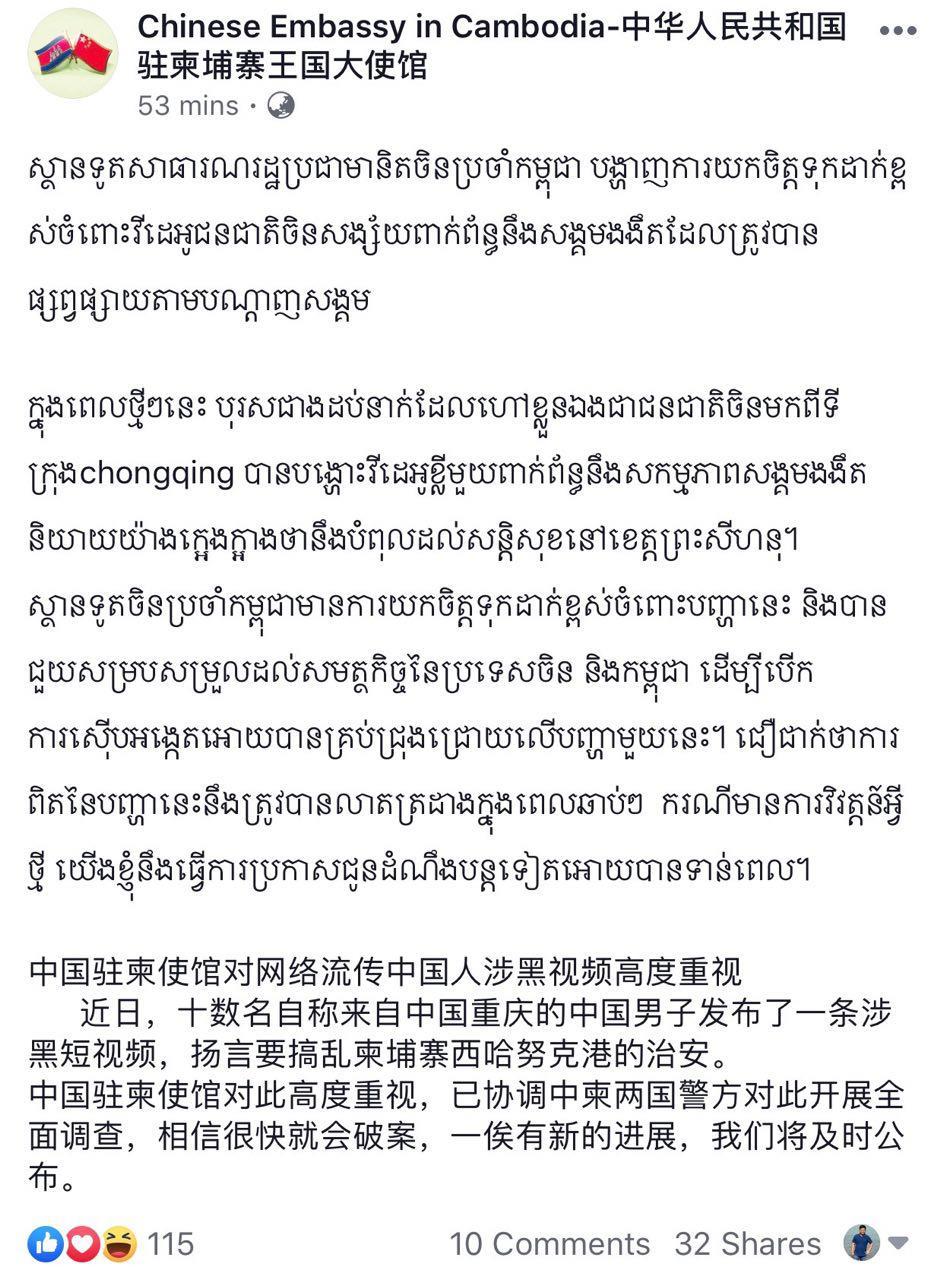