Phnom Penh (FN), May 18 - The court, on Sunday, sticked the verdict at former headquarter of the dissolved Cambodia National Rescue Party.

The verdict was handed down by Ros Piseth, investigating judge of Phnom Penh Municipal Court, ten days after the hearing at the court. The convict was not present at both events as he remains in self-exile abroad for a few years now.

On 2 May 2019, Judge Ros Piseth sentenced Sam Rainsy, former leader of the dissolved Cambodia National Rescue Party, to eight years imprisonment and a fine of USD 5,000 to the state.

Rainsy was charged with two separate cases. He incited military to disobey orders, a violation of Cambodian criminal code; and insulted the King when he claimed a royal election letter was fake.

In the court's separate letters, Rainsy was charged with inciting military personnel to disobey orders and demoralization of the army for his activity on 6-8 and 10 June 2017 in Phnom Penh and other places, a violation of article 471 and 472 of the criminal code. He was sentenced to four years imprisonment and a fine of USD 2,500.

Rainsy, on 18 May 2018, accused the King’s letter a forgery, which was widely considered an insult.

The exiled former opposition party leader wrote on Facebook on 6 June 2018: “King's letter urging people to go to vote: a forgery or a piece made under duress thus legally worthless".

According to Cambodian criminal code, insulting His Majesty is subject to a one to five years imprisonment, and a fine of USD 2,500 to USD 12,500 and other additional punishments.

Insulting His Majesty, Rainsy was sentenced to four years imprisonment and a fine of USD 2,500.
=FRESH NEWS 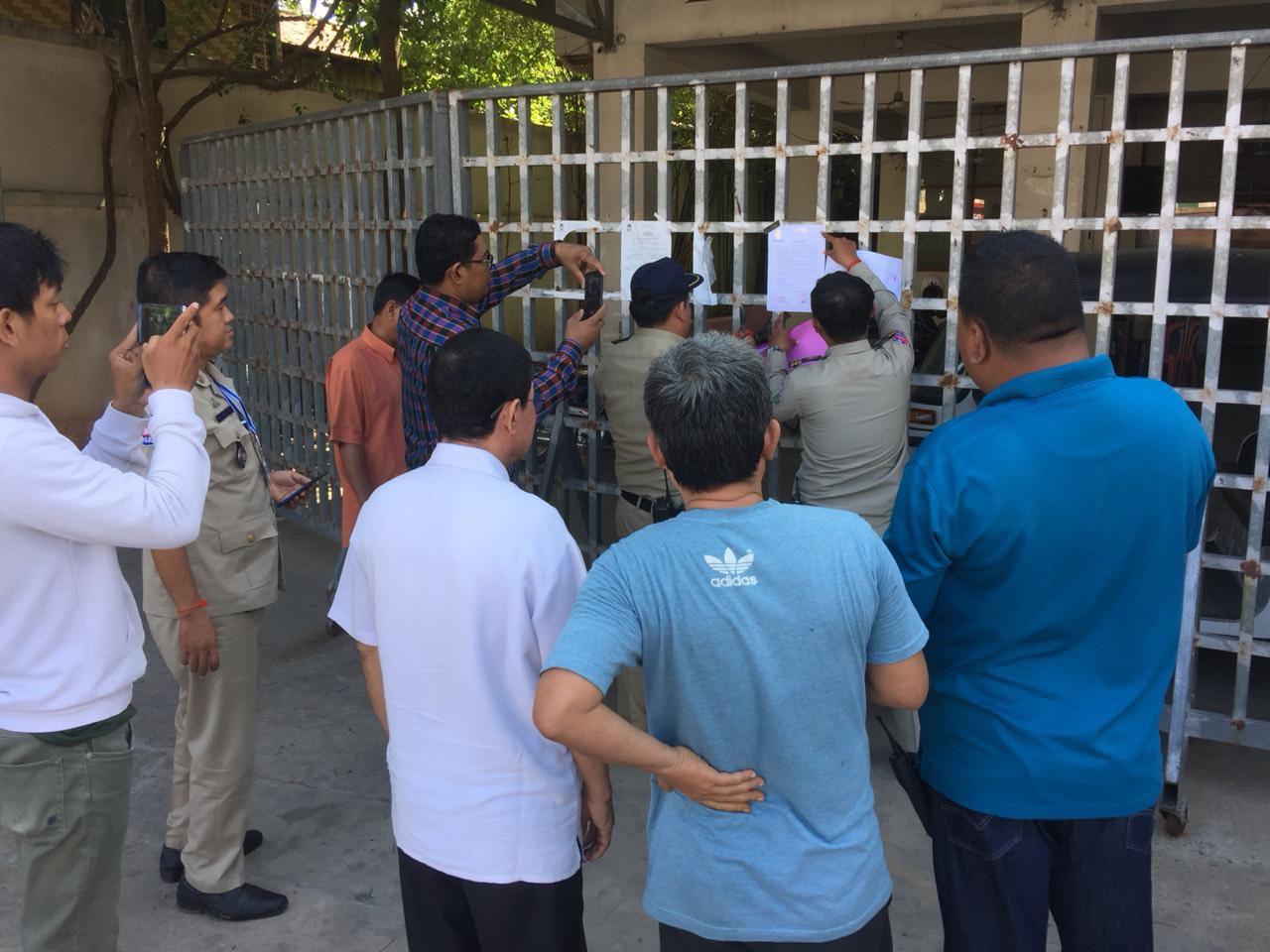 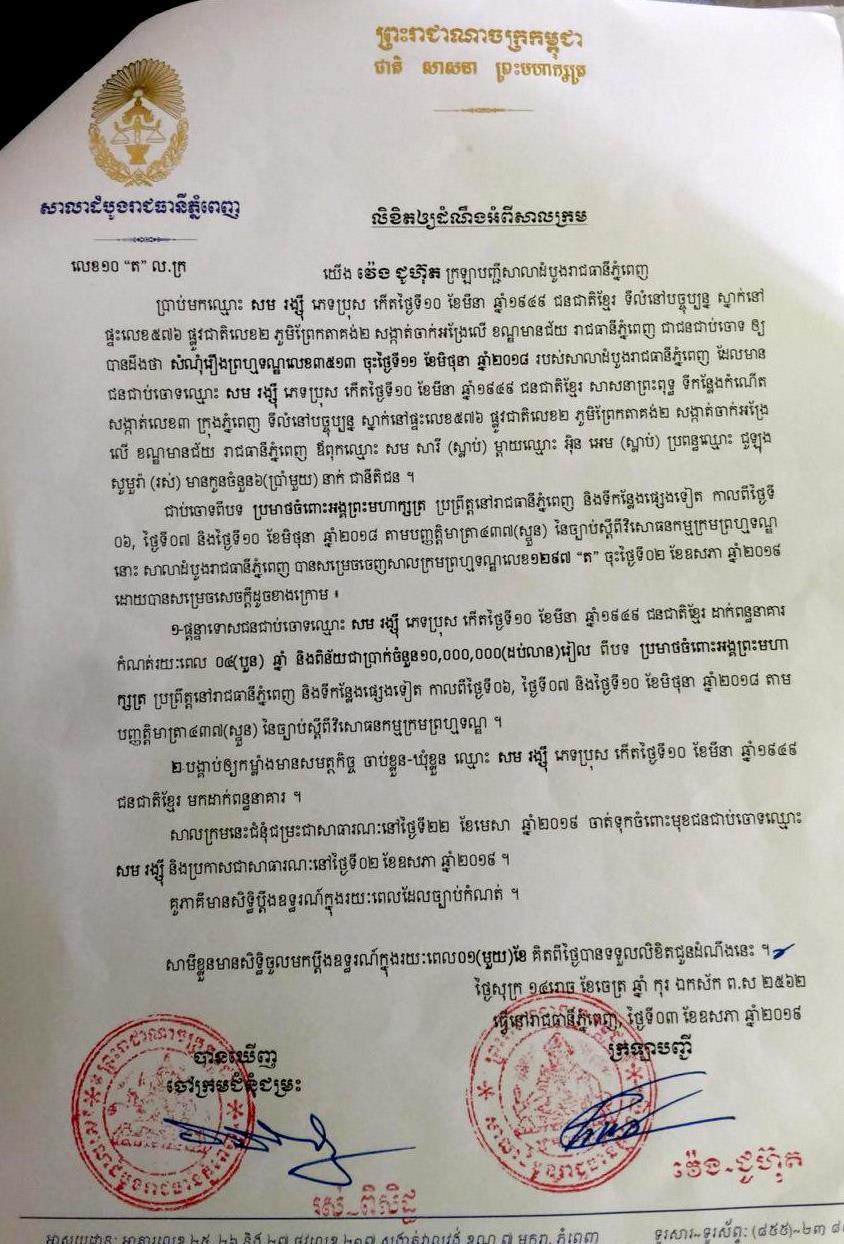 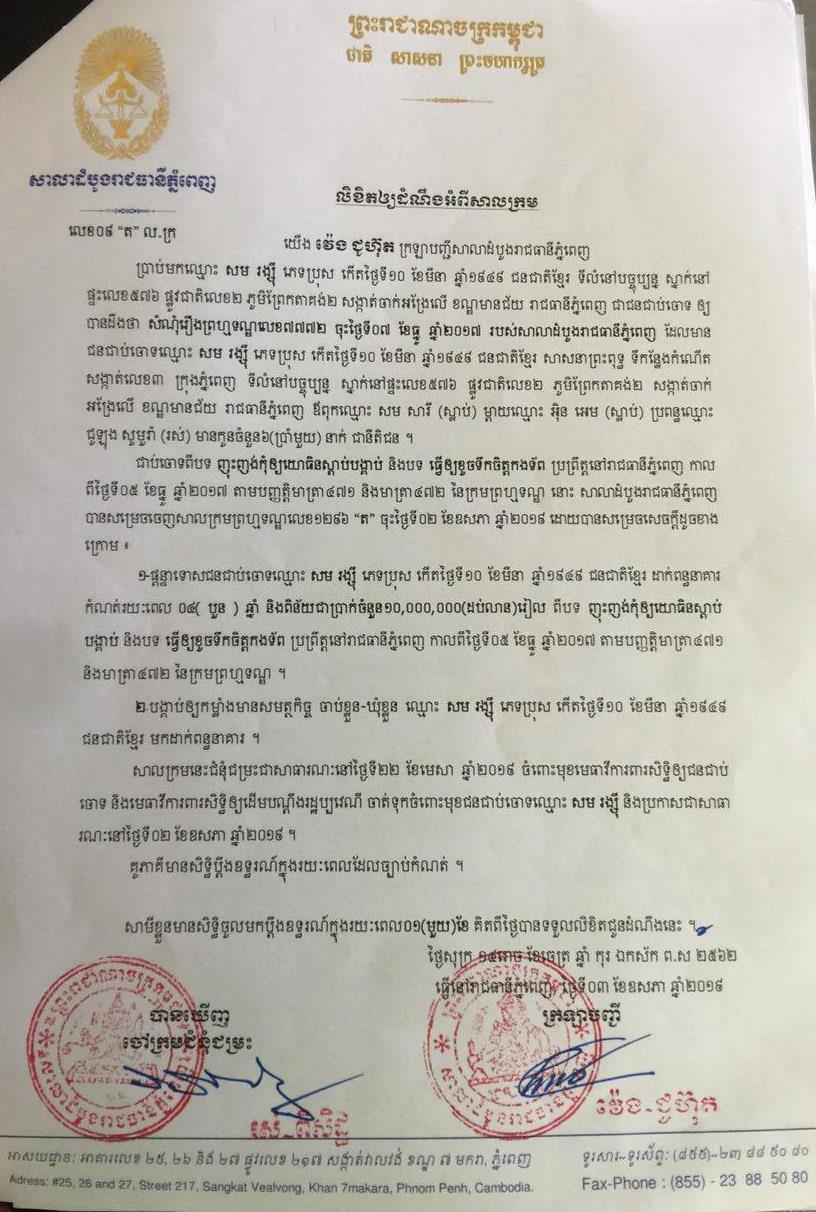 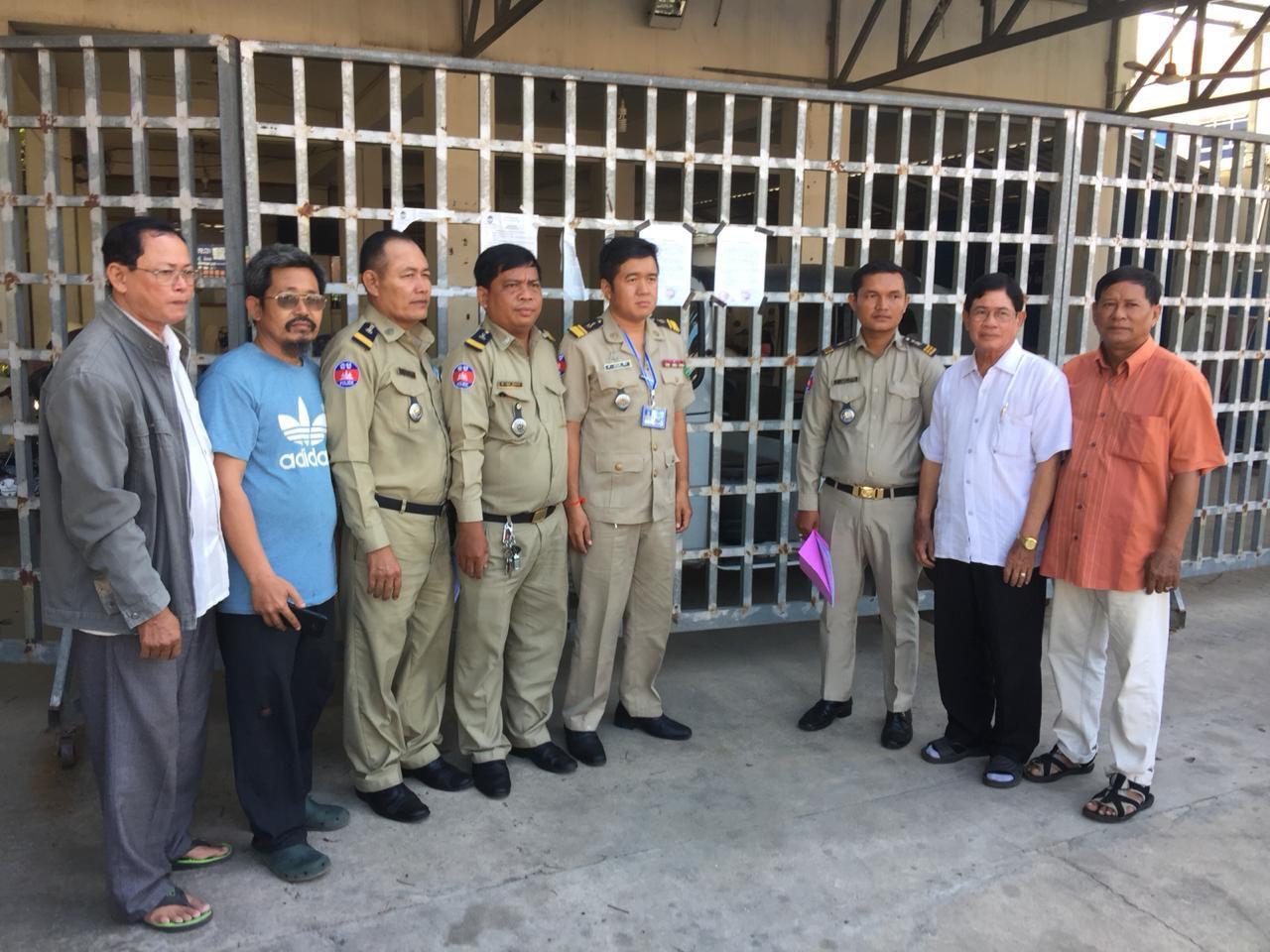 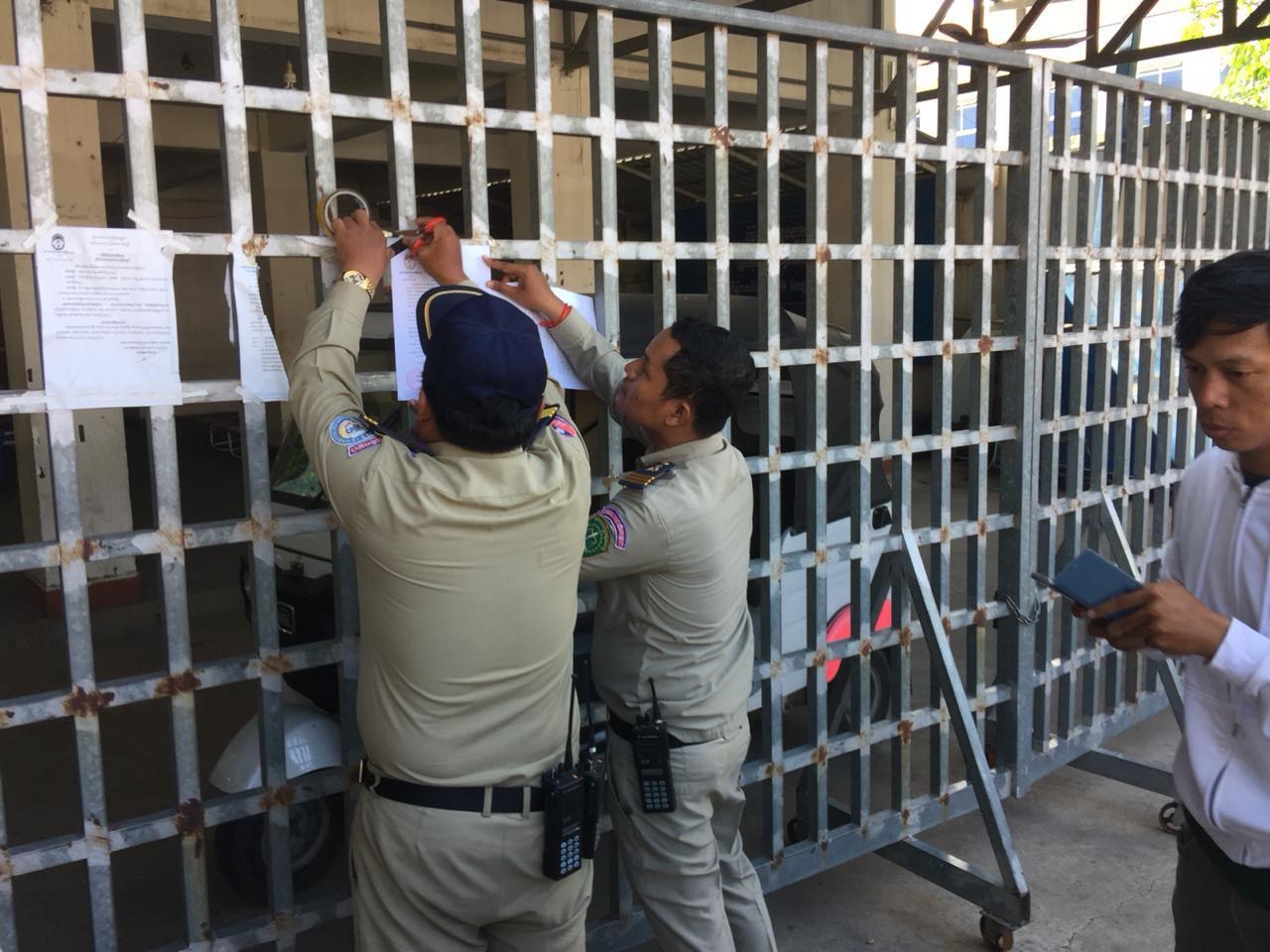 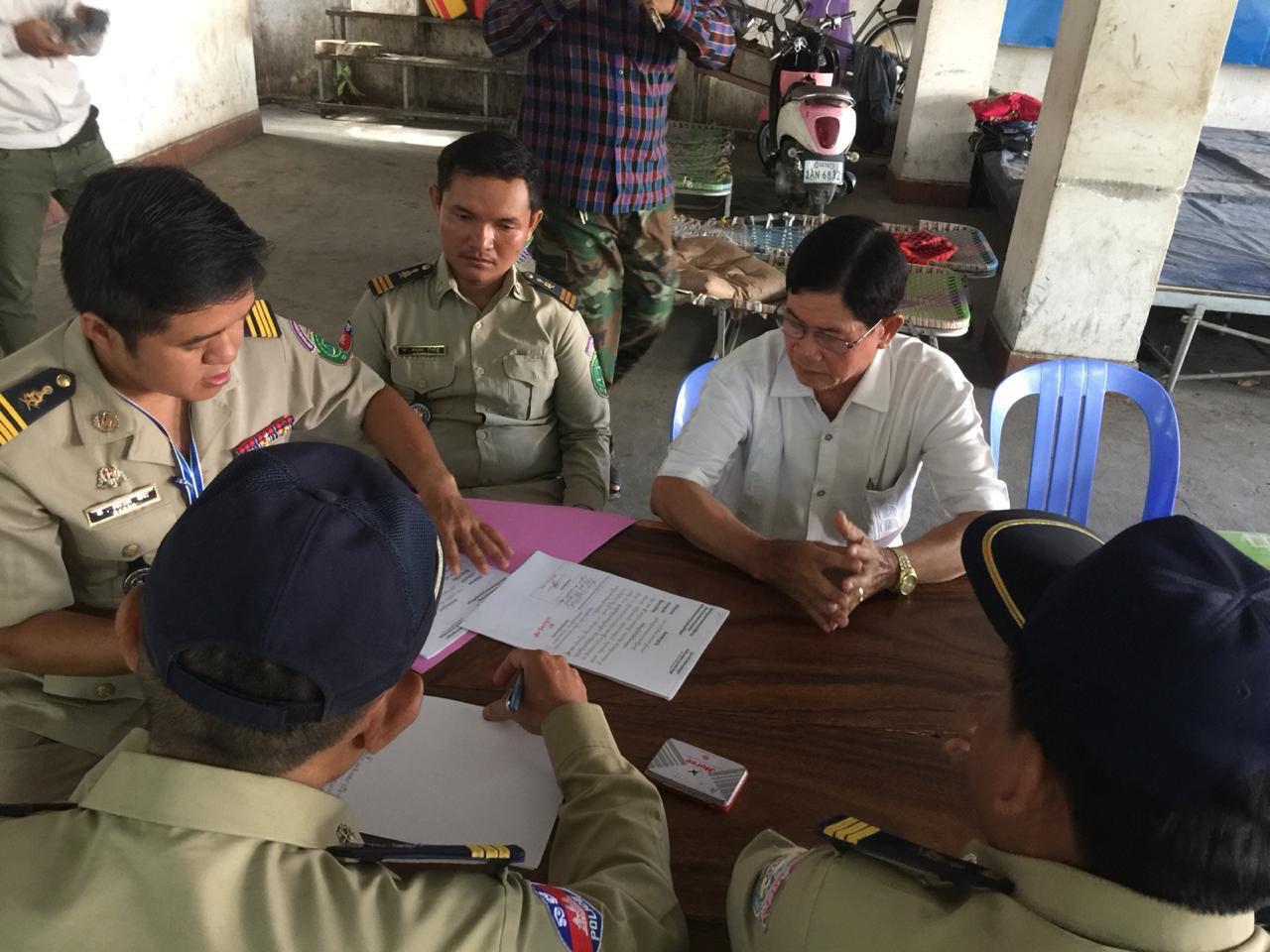 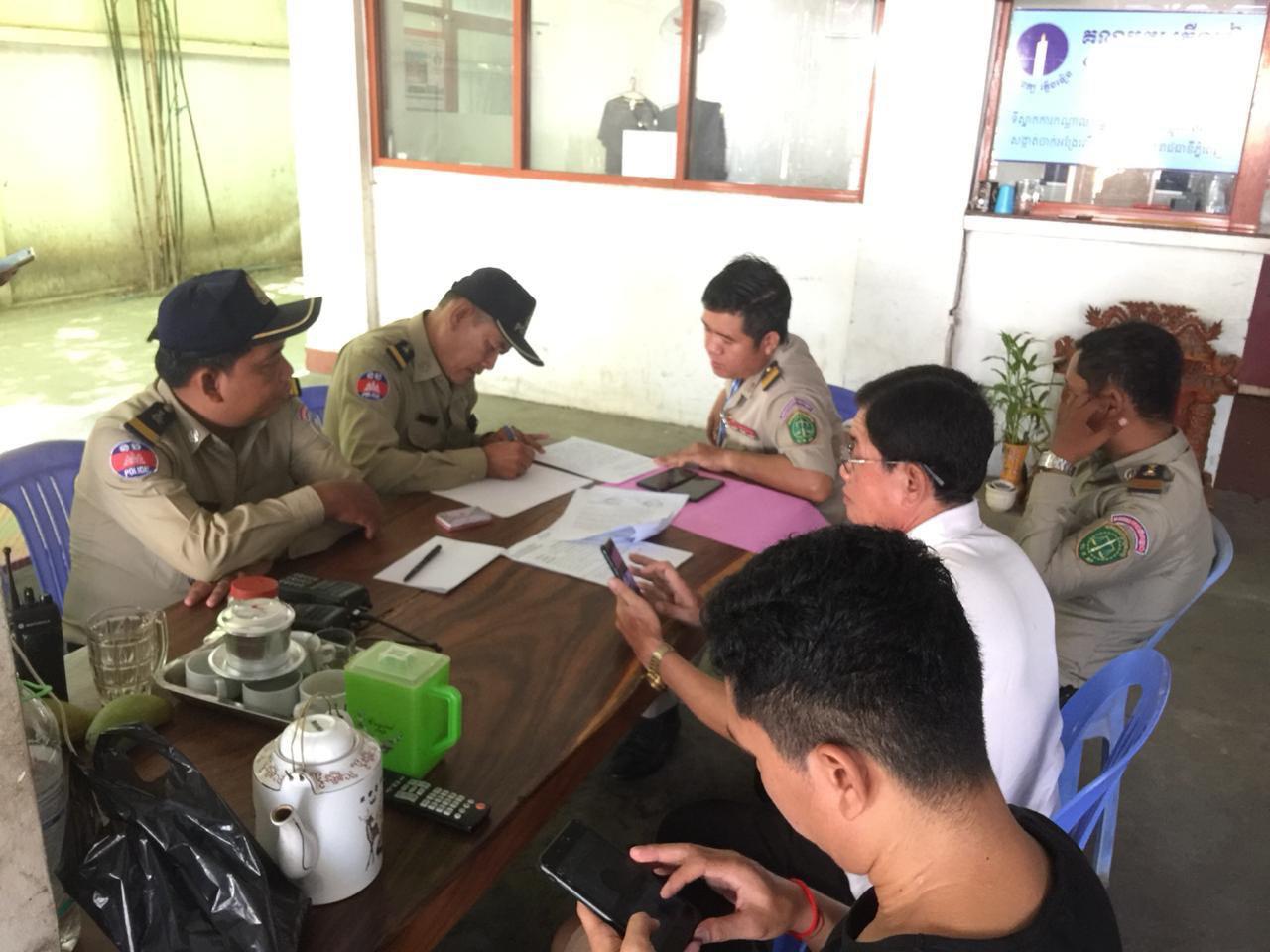 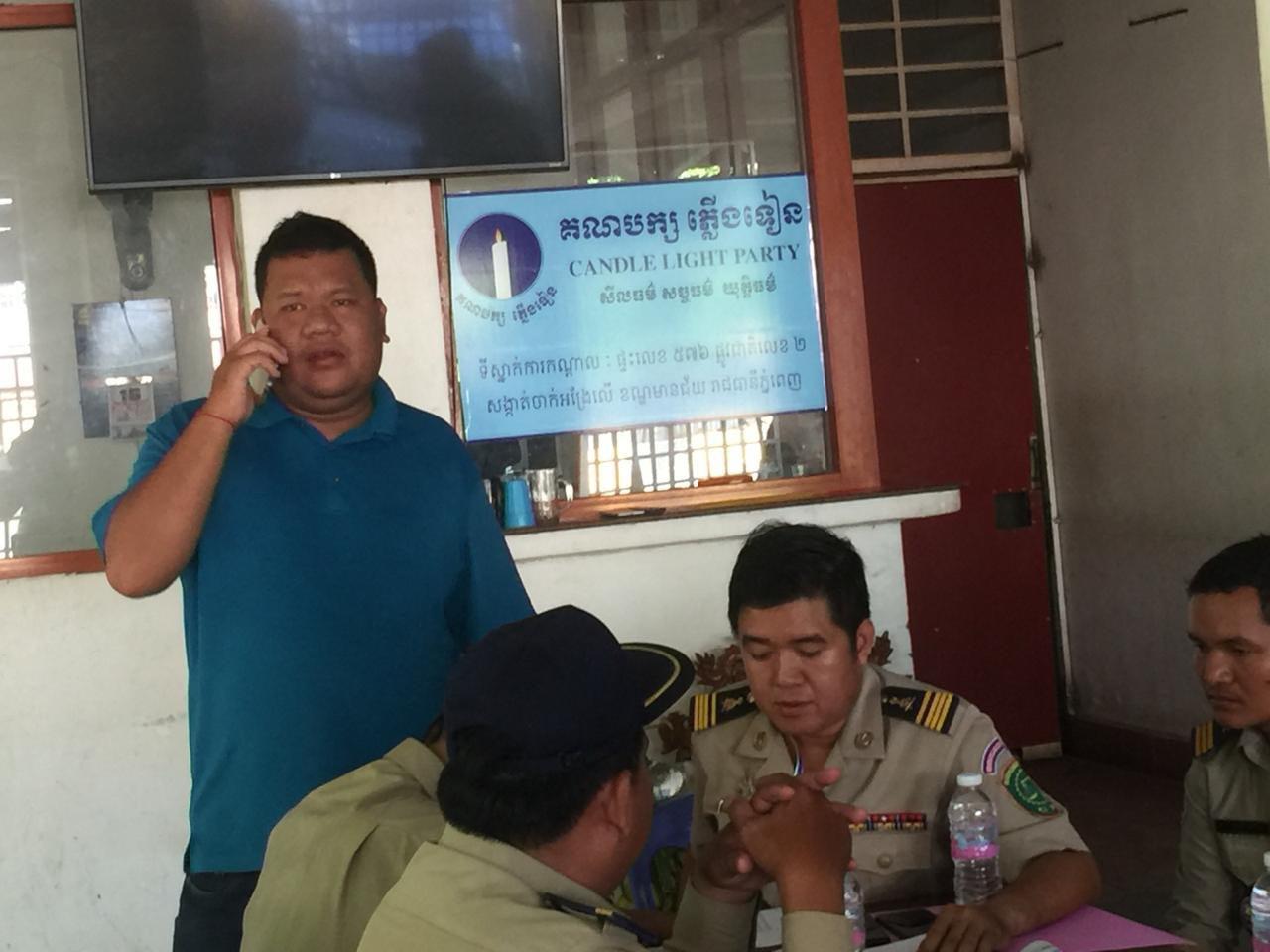 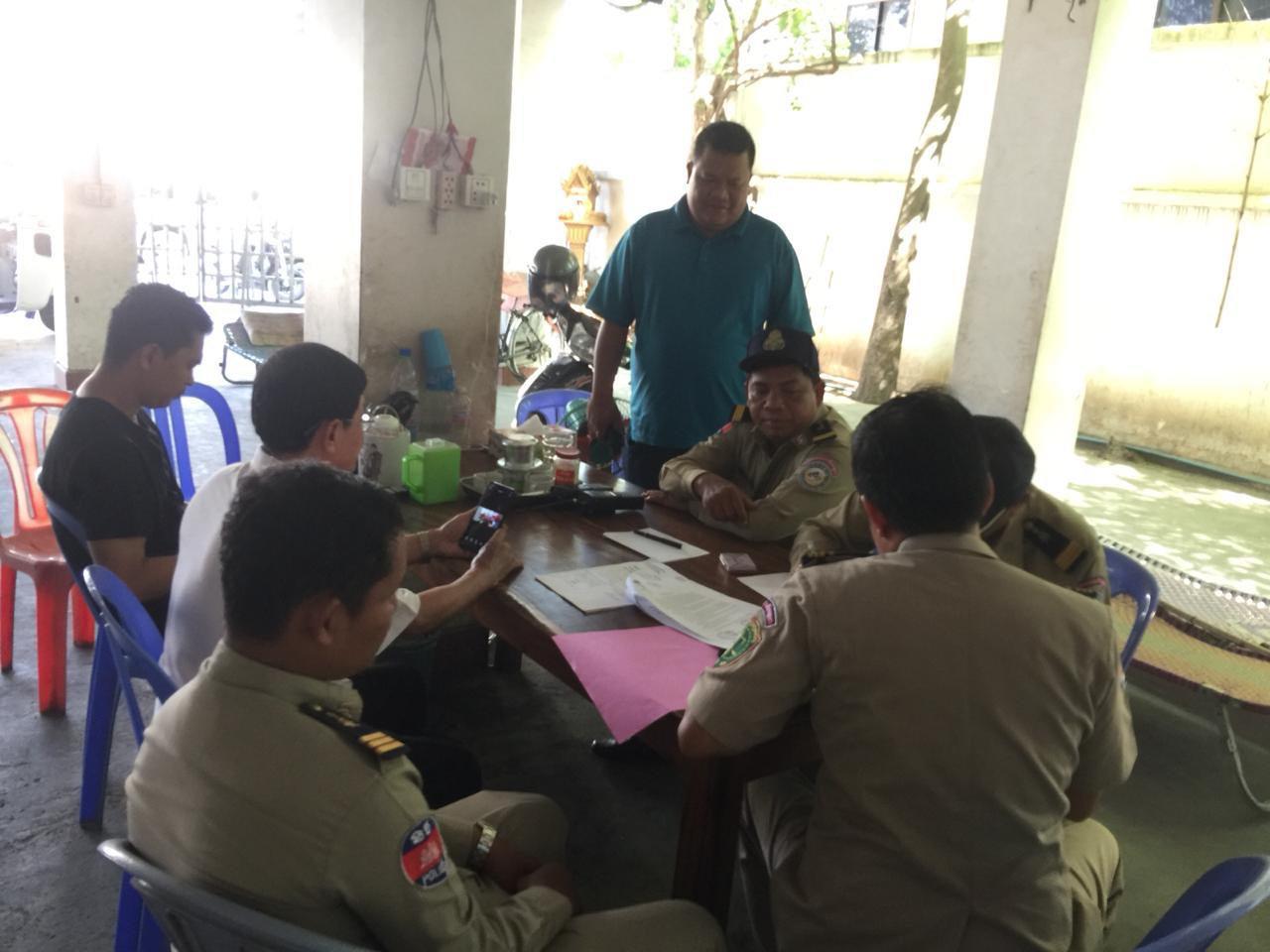