Reader’s Letter: US Reacted to the Demise of One of its Puppet While Remained Silent and Had No Apology on the Killing of Thousands of Cambodian by its Nearly-Three-Million-Tons Bombs!

Phnom Penh (FN), As a Cambodian citizen, I am very grateful to the Department of State and the US Embassy to Cambodia who had expressed their condolence to the demise of Cambodian convicted Tith Ran. However, why his demise attracted the interest of the State of Department and US Embassy to Cambodia while they had never said ‘sorry’ to Cambodian people in relations to the killing of thousands of Cambodians and the destruction of their shelters and farmlands by almost-3-million tons of the US bombs in late 1960s and early 1970s? It’s so ridiculous, but, of course, it has a reason behind.

Convicted Tith Ran was one of the former CNRP’s activists based in Kampong Cham. He was sentenced in absence on a premeditate violence committed in 2015 and was captured by the court ruling in April 2019. Based on a close source, convicted Tith Ran was a heavy alcoholic-addicted and his hands and feet appeared to be “unstoppable shakings”. He was found dead a few days following his capture in an apparent accidence where he slid in a bathroom. Like other cases in the past, the former oppositions branded his demise a “political case” – as everyone knows they are expert and skillful in doing business with the corpse and in turning normal cases to political motivated cases – sometimes the death of their activist’s pet was turned into a political case, too. There are several reasons why the Department of State’s Spokesperson and official from the US Embassy to Cambodia heavily reacted to convicted Tith Ran’s death as followed:

1. Taking the advantages on the corpse: It was long the expert of the former oppositions. While Mua Sokhua, who had conspired with Sam Rainsy and Eng Chhay Eang to rob the former CNRP from Kem Sokha, bowed her head to the foreigners to insist them to remove preferential EBA from Cambodia, in what was seen clearly as a move to stagnate Cambodia’s economy, she and her co managed to persuade some jealous and “white ears” officials in the US Department of State to issue a statement on Tith Ran’s case – to show off their accomplishment and to keep their unlawful guerrilla’s movement alive by telling their supporters that even though the former CNRP was dead, its activities were still on and their leaders still took care of their activists. This was what a group led by Sam Rainsy, who had orchestrated a party’s coup, has been trying to voice out and to “make a scene”, such as intimidation or incitement scenes, in a bid to test its power and to show off that they are important actors in Cambodia’s politics. But their efforts were meaningless and interested no one. The unlawful former opposition’s move was in deadlock and their hope gradually became hopeless. That is the reason why they had tried to take advantages on every single case – including their activist’s pet demise case – to claim “victory” in front of the public – though it was only a “fake victory.”

2. Their puppet’s death upset their boss: The statement made by an official of the Department of State, which was echoed by official from the US Embassy to Cambodia, equals to the political interference into Cambodia’s internal affairs and a “look down” on Cambodia’s sovereignty, where Cambodia is a sovereign and independent state. However, if we looked at what Kem Sokha talked about the role the US played in supporting the former CNRP and the “color revolution”, as well as the “bowing heads” of a group of traitors, the statement showed their “disappointment and upset” as a boss of the former oppositions.

Moreover, the “blindfold” statement based merely on the incitement of one side was seen as another strategy to anger the public, in parallel to the “color revolution” strategy usually employed and made “success stories” in many countries – starting from a small, personal issue to anger the public and to build “revengeful” environment and to ultimately change the leadership of that country. However, some American officials who were jealous and wanted to destroy Cambodia should accept their embarrassed failure in its “color revolution” plan – just because of Kem Sokha’s “long mouth”, who had confessed that the US was the one behind him and the former CNRP in a movement to topple Cambodian government’s leadership – like what the US had done in the former Yugoslavia and Serbia. The plan was foiled, the former CNRP, a political organization which was tasked to implement it, was resolved by the law, and the mastermind and some of their colleagues were arrested and some others fled the country. Facing such threatening on Cambodia’s peace and development, Cambodian people would stand by the Government of Cambodia to shy away the foreign interference into Cambodia’s internal affairs and, at any price, would not let a handful group of people to take Cambodian people as hostages and to harm Cambodia’s hard-sought peace and development. Cambodia has employed an “equal” and “same” rights diplomacy, binding with the principles of neutrality, non-alignment, and co-existing. Cambodia made no foe with any countries and instead was strengthening friendship with them. Cambodia respected the US as a sovereign and independent state, and the US, a self-claimed Democracy Father state, should see Cambodia the same. The US were not Cambodia’s patron, despite being likely the patron of the oppositions.

3. Low morality of some superpowers: If I were a US official or an official of the Department of State or a Cambodian staff taking the US salary, I would not have had written a useless message with such “interference” meaning to a country, and I would not even have issued such a “condemning” statement on the death of an alcoholic-addicted convicted whose demise was not a political cause – stirring things around as if the government of that sovereign state a Cambodia’s patron, while Cambodia, to whom the US was showing his “false” love, used to be “victimized” by their “interference policy” and more specifically thousands of its people were killed by their bombardment. It is likely that Cambodian people would recover from their trauma caused by the US violation of law and criminal acts in the past should the official from the Department of State or the US Embassy to Cambodia issued an “apology” statement or confessed its mistakes for the approximately 3 million ton bombardment on Cambodia and accepted to compensate or to be responsible for the clearance of the UXO and cluster bombs dropped by its B52 on Cambodia, which would help save many Cambodian lives. If the US really loves and takes care of Cambodia, they should rather issue a “statement” to express their condolence to the people who have lost parts of their body or even lives by its UXO. If the former oppositions, such as Mua Sokhua, who was expert in incitement and had an American spouse, really love Cambodia, she would rather request the US to apologize Cambodia for their bombardment on Cambodia in the past. However, it has been since more than half a century that the victims, Cambodian people, has never received any apology or expression of condolence from the US, but instead they have seen the “arrogant” Americans who want to “boss” Cambodia. Is this the morality of the developed nation who claimed itself to be the “Father of Human Rights”?

Actually, Cambodian people understand clearly that the statement issued by the Department of State and echoed by the US Embassy to Cambodia was only a “trick” among many in its strategy to cause riot and anger amongst people in support to their “color revolution” and such statement was a way to express its “disappointment” by the oppositions’ patron. 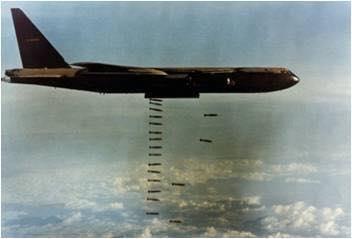 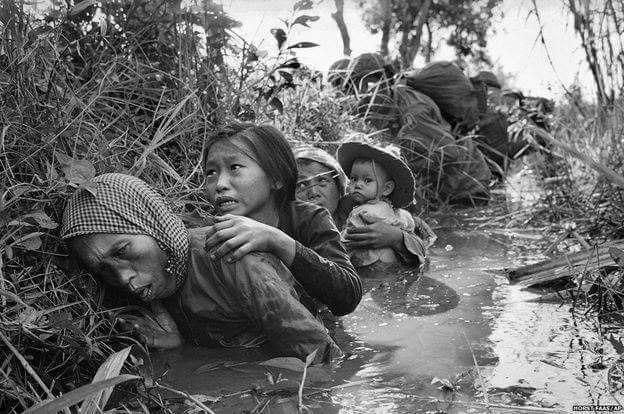 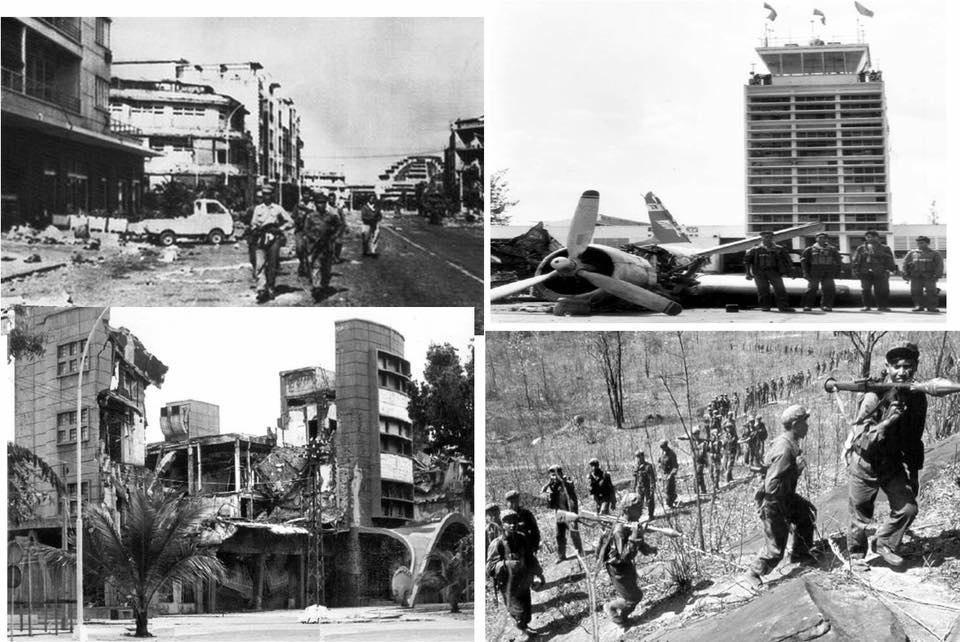 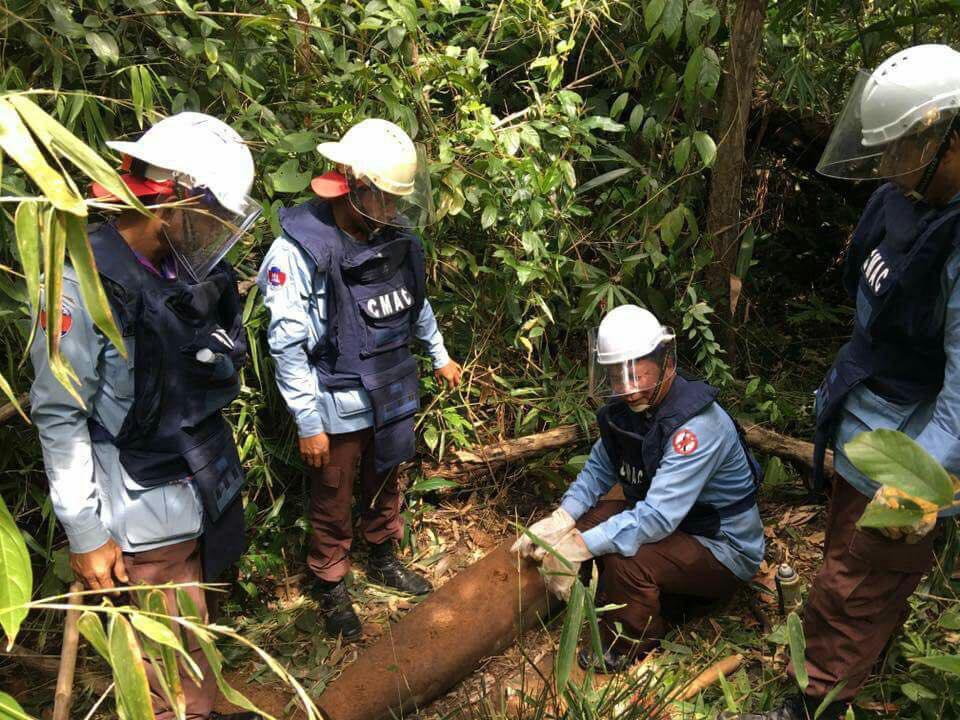