Phnom Penh (FN), May 23 – ‘Officials from a country promising to open for foreign counterpart’s interference’ has become a sensitive topic in Europe recently after a leaked footage of Mr Heinz-Christian Strache, head of Austria’s far-right party and Vice Chancellor, said in 2017 before the country’s national election that “we would do everything to help Russian oligarchs to claim business deals in Austria in exchange for Russians assisting us to win the election.” The scandal has ripped Austria’s government apart and resulted in a mass resignation and a full investigation into the scandal.

Referring to Strache’s scandal, EU top leaders, such as Germany’s Chancellor Angela Merkel. She said European politicians need to "stand up decisively" to populists and accused right-wing parties of "corruptibility." "We are confronted with currents... that want to destroy the Europe of our values, and we must stand up to that decisively," Merkel said to the applause of thousands of people assembled Saturday in Zagreb. "Europe is a project of peace, freedom and prosperity," she said, adding that "nationalism is the enemy of the European project."

What EU is facing now is not far different from Cambodia’s situation a few years ago when leaders of former CNRP, led by Kem Sokha and convicted Sam Rainsy, ‘bowed their heads’ to foreigners to execute their ‘color revolution’ plan in a bid to topple Cambodia’s legitimate government and to force their way through to the power undemocratically, when Cambodia would serve their foreign boss’s political geography.

It is too fast to conclude what consequences the former Vice Chancellor Heinz-Christian Strache and related far-right party’s members would face amid the scandal. However, concerns, condemnations and fears that a foreign nation would harm the whole community through its interference are the case now in EU.

The EU, which is the US’s closest ally, through some of its officials, attacked and warned Cambodia after the government exercised its lawful rights to curb and foil ‘color revolution,’ executed by the former CNRP – an important political organization that was directly attained orders, advices and training from some superpowers. Kem Sokha admitted in a video clip in 2013 after the 5th Mandate Election of the Members of the National Assembly that he had been backed by the US to overthrow Phnom Penh’s regime by taking the models in former Yugoslavia and Serbia.

His conspiracy case was far more serious than the former Vice Chancellor’s case since, apart from being trained and assisted in strategy planning, policy and finance, Kem Sokha, his counterpart Sam Rainsy and his co ‘brought down’ the pride of Cambodia’s sovereignty in exchange for foreign assistance to his former party and even ‘look down’ on his own nation and country’s independence, which showed clearly how they become ‘foreigner’s slave.’ They had appealed to the foreign donors, including the EU and the US, not to provide development assistance to Cambodia, not to invest in Cambodia, and not to order goods from Cambodia – a move that hindered its national economy and garment workers’ career. Moreover, they even spent thousands of dollars for foreign media outlets and journalists to attack Cambodia and harm Cambodia’s economy.

Cambodia understands how the EU is feeling right now – their concerns about the foreign interference and notorious intention to harm EU community – because Cambodia used to face it. Cambodia was not just a victim of ‘color revolution,’ which had threatened the country’s peace and development; following its successful repel of their notorious plan, Cambodia was welcomed by a wave of political and economic sanctions in the form of removing preferential EU’s EBA and US’s GSP on Cambodia’s goods, as well as other measures, such as imposing visa restriction on Cambodia’s government officials and the threatening to froze government officials’ assets.

Those EU and US’s measures were imposed, based solely on one-side, passive reports on Cambodia and the frame from the former oppositions and some national and international civil societies and NGOs, which served foreigners’ interest and their ‘color revolution.’ Officials from some EU institutions did not take goodwill, justified explanations from the Cambodia’s government. Some of them pretended not to see or accept the truth about Cambodia, where democracy, human rights and rights of expression are to the full extent, and pretended not to see the opposition’s law violations.

Instead, they condemned Cambodia for the measures taken against ‘color revolution’, the arrest of Kem Sokha, the Supreme Court’s ruling that saw the former CNRP dissolved and the 5-years ban refraining 118 members of the former CNRP’s Permanent Board and Central Board from political activities. Right now, the EU has undertaken the process of lifting preferential EBA on Cambodia’s goods and some of the US senators have been pushing for acts to mount pressures on Cambodia.

From the lessons learned from Strache’s scandal, Cambodian people believe that the EU top brass, especially the two female politicians – Cecillia Malmstrom, head of EU’s Trade Commission, and Federica Mogherini, EU’s Vice-Chairwoman in charge of Foreign Affairs, who were building up their popularity through intimidating, flexing their muscles and mounting pressures on Cambodia and initiating the idea of removing preferential EBA on Cambodia’s goods, based just on the incitement of the former CNRP members – should consider and ‘value’ the repelling of ‘foreign interference’ into Cambodia’s internal affairs and the fact that Cambodia dared to sacrifice everything at ‘any price’ to safeguard Cambodia’s hard-sought peace and development. Through Germany’s Chancellor Angela Merkel’s warning of the European lawmakers not to ‘bow their heads’ to a foreign nation, the EU and the US would understand better why Cambodia dared to ‘handcuff’ former opposition’s leader at mid night? The answer is because Cambodia wants to protect its national sovereignty and independence, as well as to safeguard peace, security and development of Cambodian people.

Strache’s scandal showed that Cambodia was right and acted with high responsibility to repel foreign interference into Cambodia’s internal affairs. Cambodia was one country that foiled the ‘color revolution’ – backed by the US and implemented successfully in a number of Europe and Middle East nations – and this created an opportunity for the historians to write about the failure of ‘color revolution.’ EU officials should learn from the experiences Austria was facing and should focus more on its internal affairs rather than misuse its power and make ‘incorrect’ decision based on the incitement of the ‘traitor’ politicians – which equaled to the destruction of its more-than-20 years-old achievements under its cooperation with Cambodia.

EU should not pressure Cambodia, which resorted to exercise necessary measures to fend off foreign interference and destruction of Cambodia through ‘color revolution’ implemented by the ‘traitor’ politicians. What was happening in Austria and in EU, in general, showed that the EU has become ‘a frog selling skin disease medicine’ in the case of foreign interference and showed the implementation of double standard towards Cambodia. Cambodia makes no foe with any country, but makes friends on the independence basis. Cambodia will not risk its own sovereignty and independence in exchange for assistance or anything. Cambodia do everything for the sake of its national interest and people! 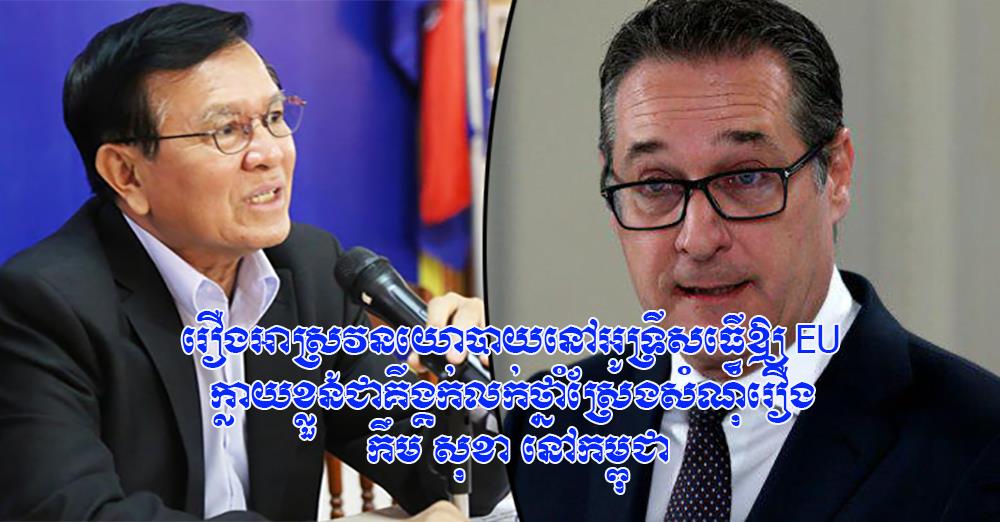 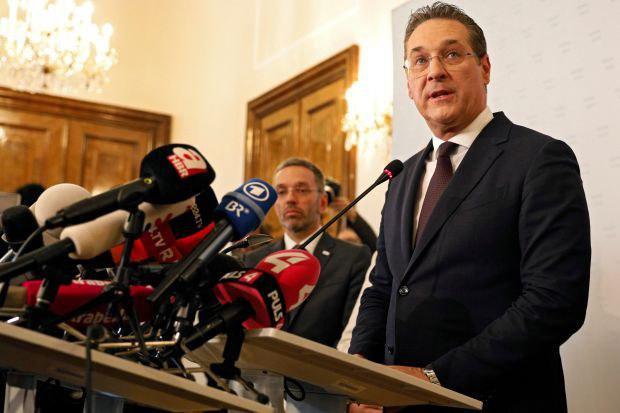 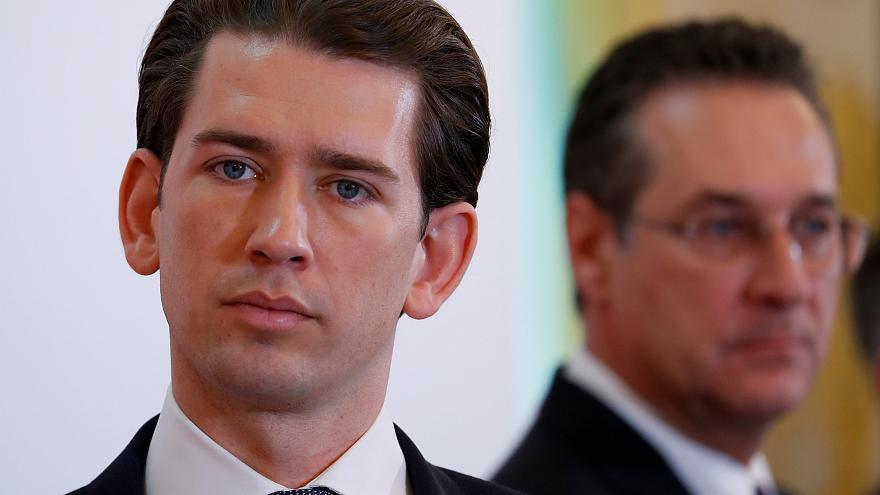 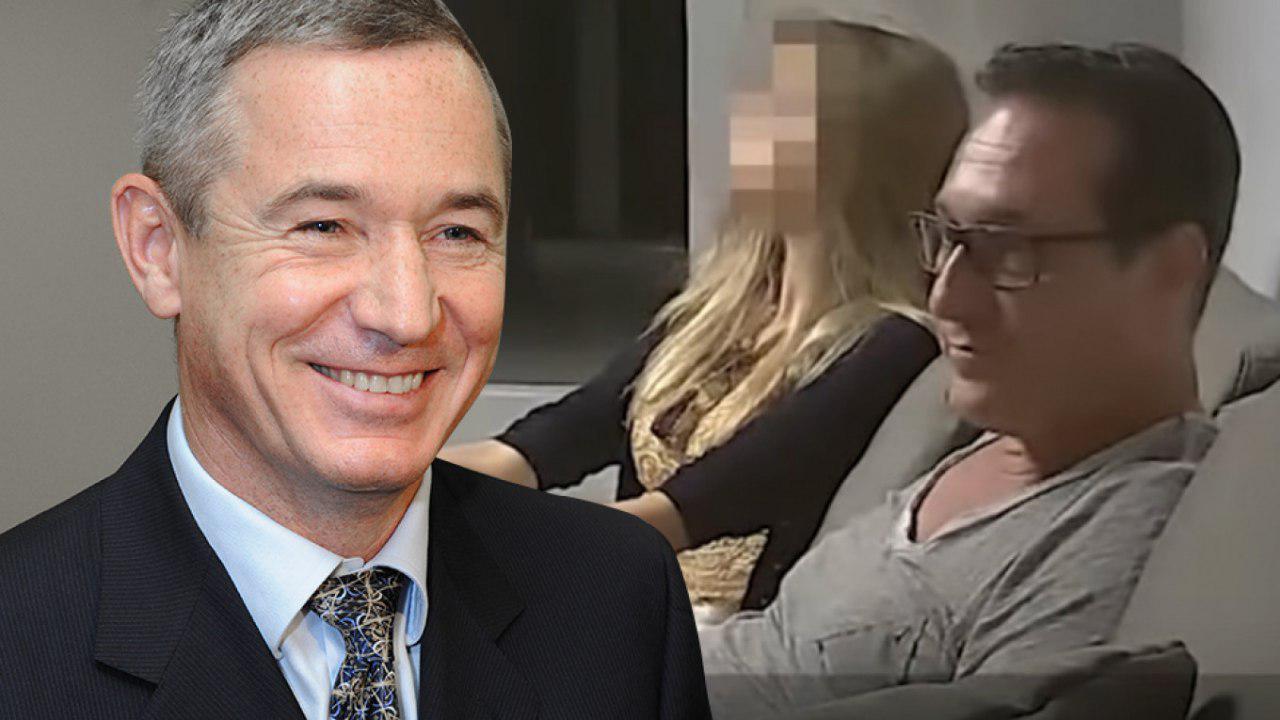 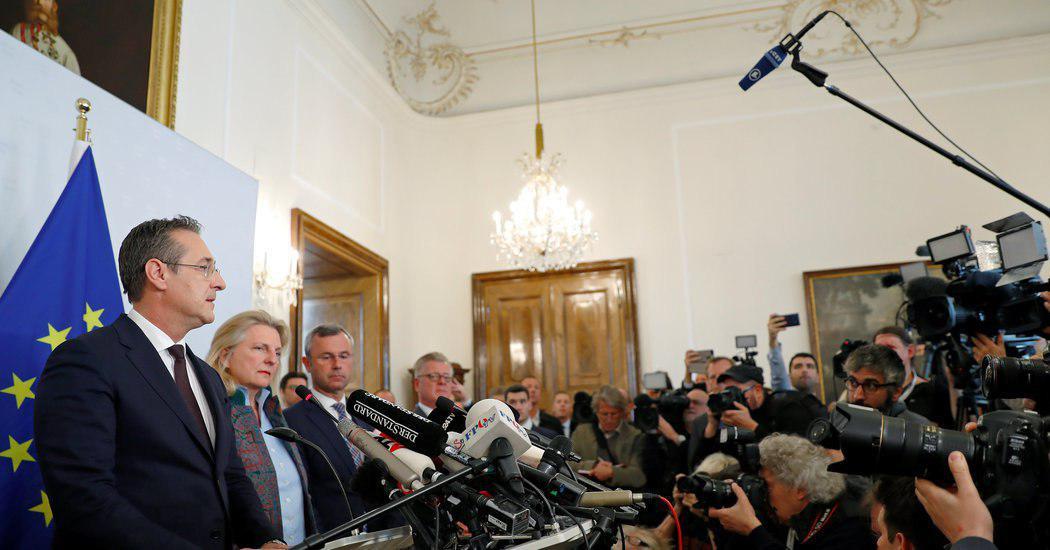 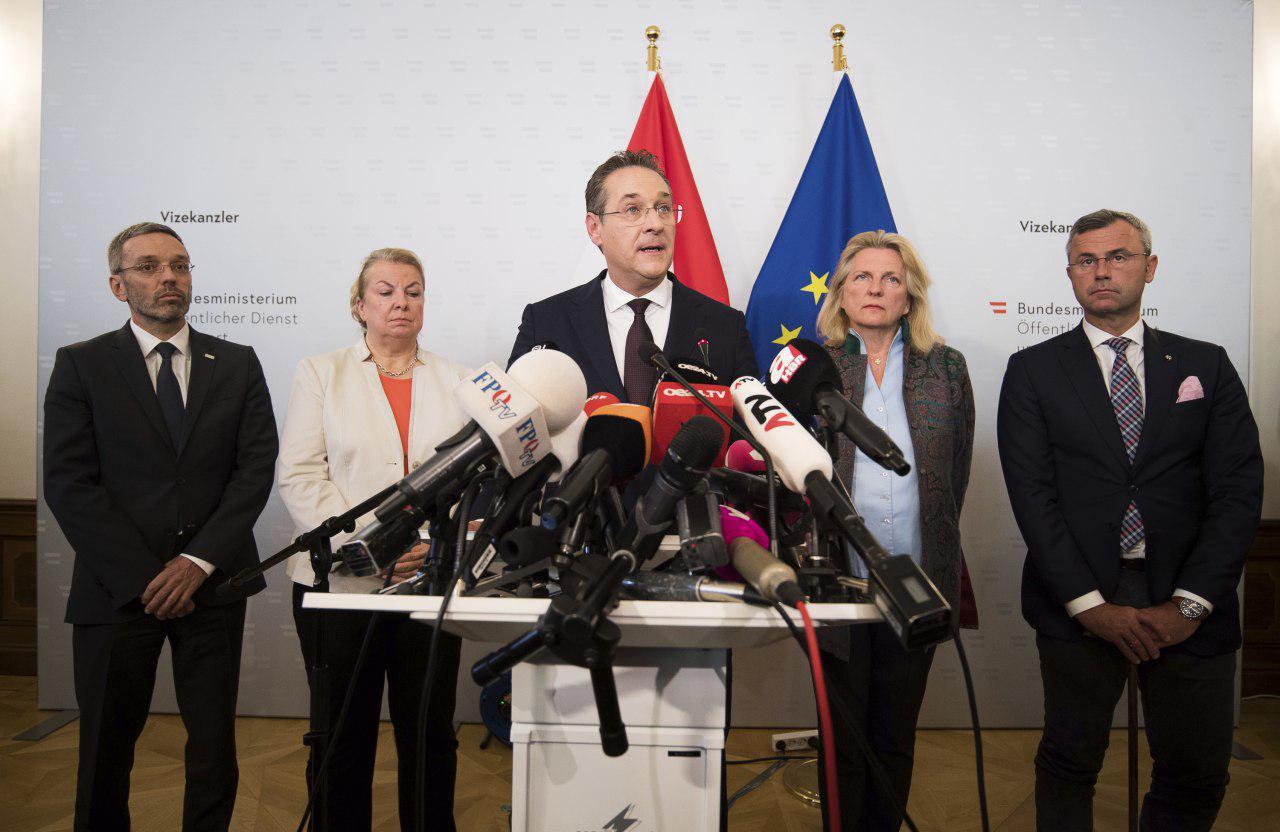 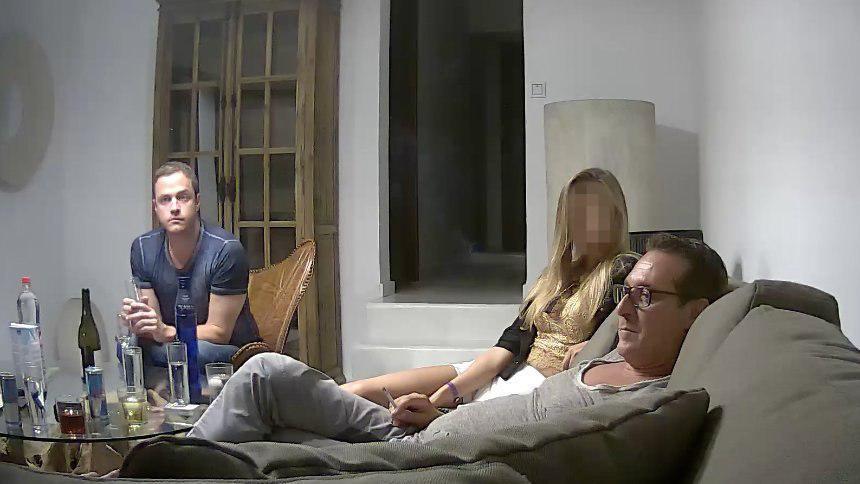 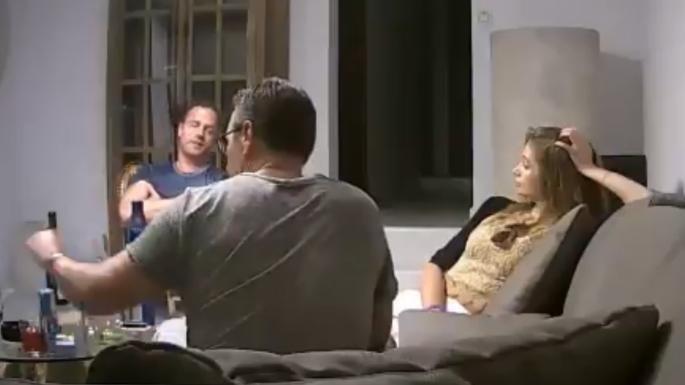