UN Thanks Cambodian Peacekeepers: Service and Sacrifice for Peace

Phnom Penh (FN), May 24 – The United Nations extended thanks to Cambodia for service and sacrifice for peace by participating in the peacekeeping missions around the world.

“Brave women and men from Cambodia leave their families behind and are serving for peace with United Nations Peacekeeping missions around the world. We thank them for their service and sacrifice,” the United Nations wrote Friday on Facebook page.

"Our peacekeepers abroad can only phone or send their voice messages to their families who are in Cambodia. We will not overlook the important roles our peacekeepers play in safeguarding peace and order,” Prime Minister stated.

On 9 January 2019, the Royal Government of Cambodia dispatched 184 blue berets, 13 female, to the Republic of Lebanon and sent the other 298 peacekeepers, 25 females, to Mali on 17 May 2019 after the kingdom spent USD 15 million budget to purchase armored vehicles for them.

In late March, at the graduation ceremony held at National Institute of Education in Phnom Penh, Cambodian Prime Minister Hun Sen reiterated his commitment to sending more Cambodian peacekeepers to serve under the United Nations framework.

“What do you think of Cambodia when we deploy more forces to peacekeeping missions in war-torn countries, while other countries already withdrew their forces?” Prime Minister Hun Sen addressed to the countries who tried to sanction Cambodia.

“Peacekeepers serving under the UN flag work in difficult and dangerous environments, risking their lives to protect some of the world’s most vulnerable people” the United Nations Peacekeeping Division stated.

“Since 1948, more than a million women and men have served as UN peacekeepers. Every day, they make a tangible difference in the lives of millions of the world’s most vulnerable people, and every day they save lives. In places like the Central African Republic and South Sudan, our peacekeepers protect civilians against violent attacks and support the delivery of crucial humanitarian assistance,” it continued.

Peacekeepers come from diverse cultures and speak different languages, but share a common purpose: the protection of vulnerable communities and the provision of support to countries struggling to move from conflict to peace.

The United Nations’ report indicated that over 3,500 peacekeepers have lost their lives in the cause of peace.
=FRESH NEWS 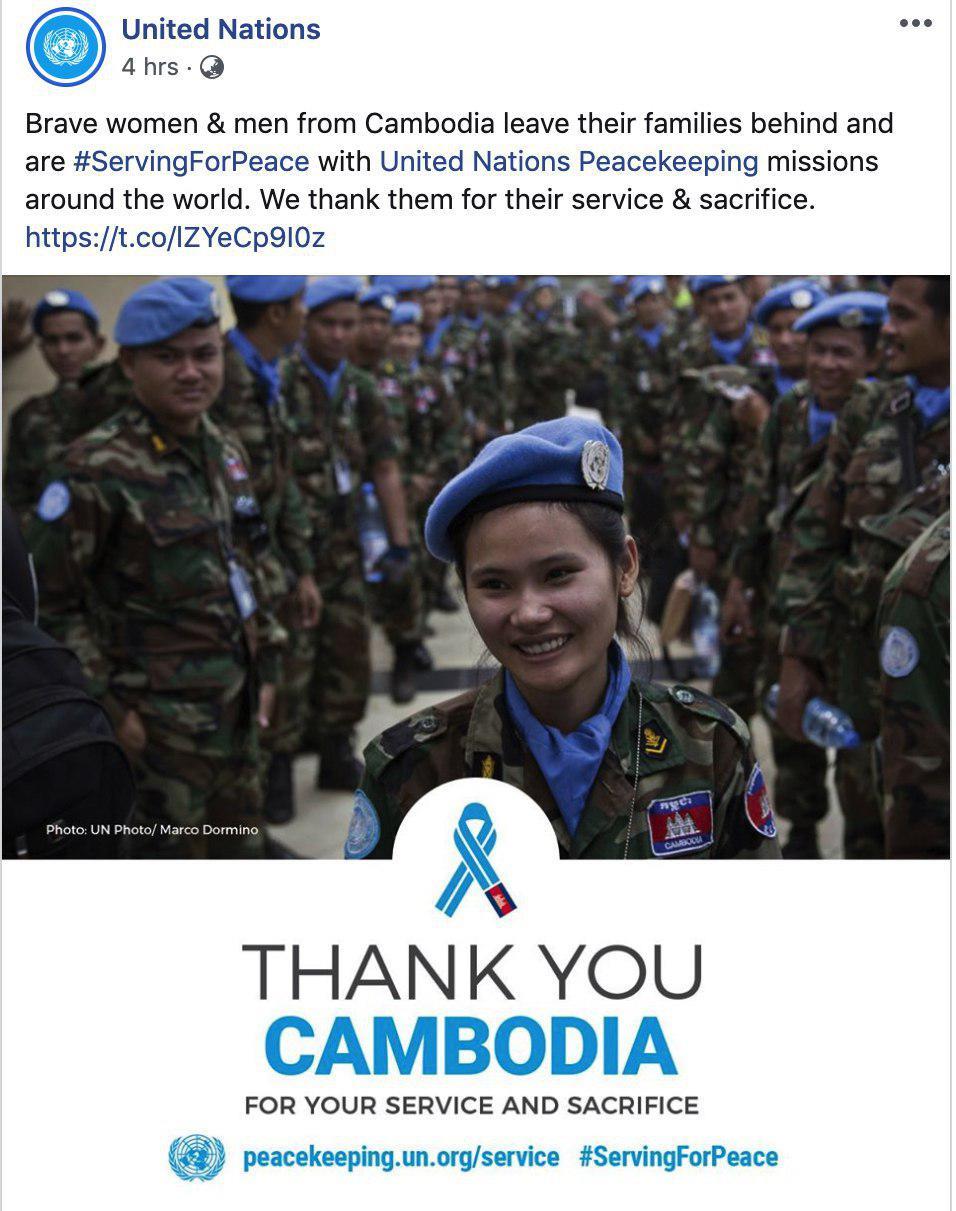