Bangkok (FN), May 27 – Cambodian Prime Minister Hun Sen attended the 75th Session of the United Nations Economic and Social Commission for Asia and the Pacific (UN-ESCAP) under the theme “Empowering people and ensuring inclusiveness and equality” held from from 27-31 May 2019, at the invitation of Armida Salsiah Alisjahbana, the United Nations Under-Secretary-General and Executive Secretary of the UN-ESCAP.

Prime Minister Hun Sen, on Monday, shared with participants in the 75th Session of UN-ESCAP the Cambodia's success in ending the civil war and promoting inclusivity for all Cambodian people, at any social levels and any political preferences, through the Win-Win Policy.

Prime Minister began with peace and reconciliation that the Kingdom of Cambodia has enjoyed for the first time in the history in late 1998.

“The war, which lasted more than 30 years, ended when the Khmer Rouge defected and joined the legitimate government. This is the result of the Win-Win Policy, which were laid out by ourselves without any external order or assistance,” he said.

Win-Win Policy allowed Cambodia to resolve all kinds of problems based on the trust developed between Khmer and Khmer, which is the factor bringing about peace that has deeply rooted in the society for over the last 20 years.

“Peace is the main and the most important prerequisite for building economic foundation and social development,” the Premier underlined.

On this basis, Cambodia has achieved a strong economic growth at the rate of 7.7% per annum over the last two decades and has become one of the fastest-growing economies in the world and graduated from low-income country to lower-middle income country in 2015.

“The poverty rate in Cambodia has continued to decline from 53% in 2004 to 13.5% in 2014 and recently estimated to be around 10%. Health and education have made remarkable achievement even though there are some remaining issues that the government needs to address. With this tremendous achievement, Cambodia has ambition to grab the national pride by transforming herself to become upper-middle income country in 2030 and high-income country in 2050,” the Premier stated.

Prime Minister of Cambodia also took opportunity to highlight the effort and commitment of the Royal Government of Cambodia toward achieving the goal “Leaving No One Behind” by promoting the implementation of three key development policies:

Thirdly, introducing the National Ageing Policy 2017-2030, aiming to support and address the issues of ageing population, focusing more on demographic changes with the vision of ensuring that ageing population could participate freely and respectively in the families, communities, economic activities, religious and political activities as they desire; and young population also obtaining knowledge and skills, which enable them to have productive, healthy, active and respective living when they get elder.

Cambodia's experiences have made clear that peace and stability are indispensable foundations for development, and in turn an inclusive and equitable development are necessary conditions for strengthening and ensuring peace and social stability. On the basis of these experiences, the nation as a whole highly honors the most to the efforts in pursuing peace and stability as well as promoting inclusive development, which currently is bearing fruitful benefits to Cambodian people across the country.
=FRESH NEWS 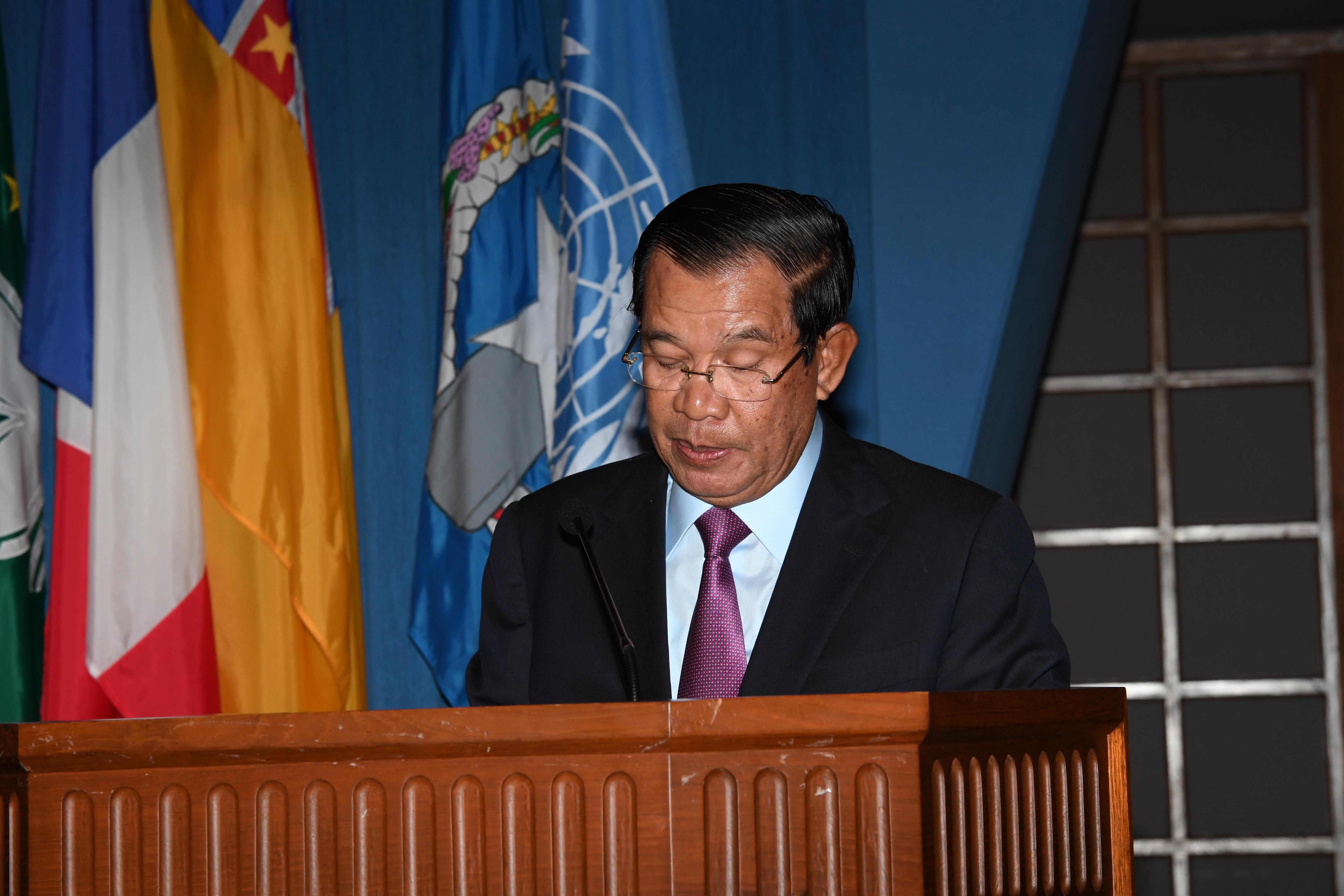 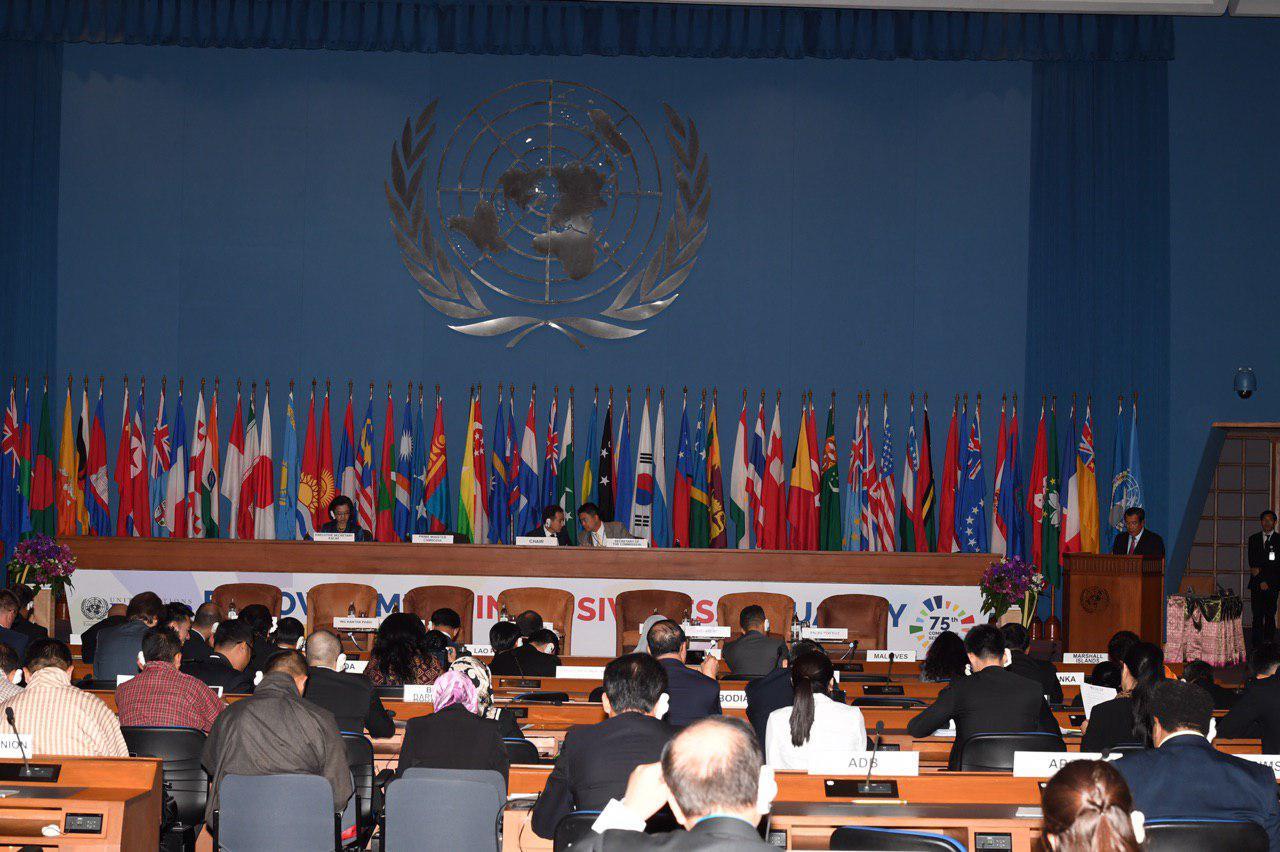 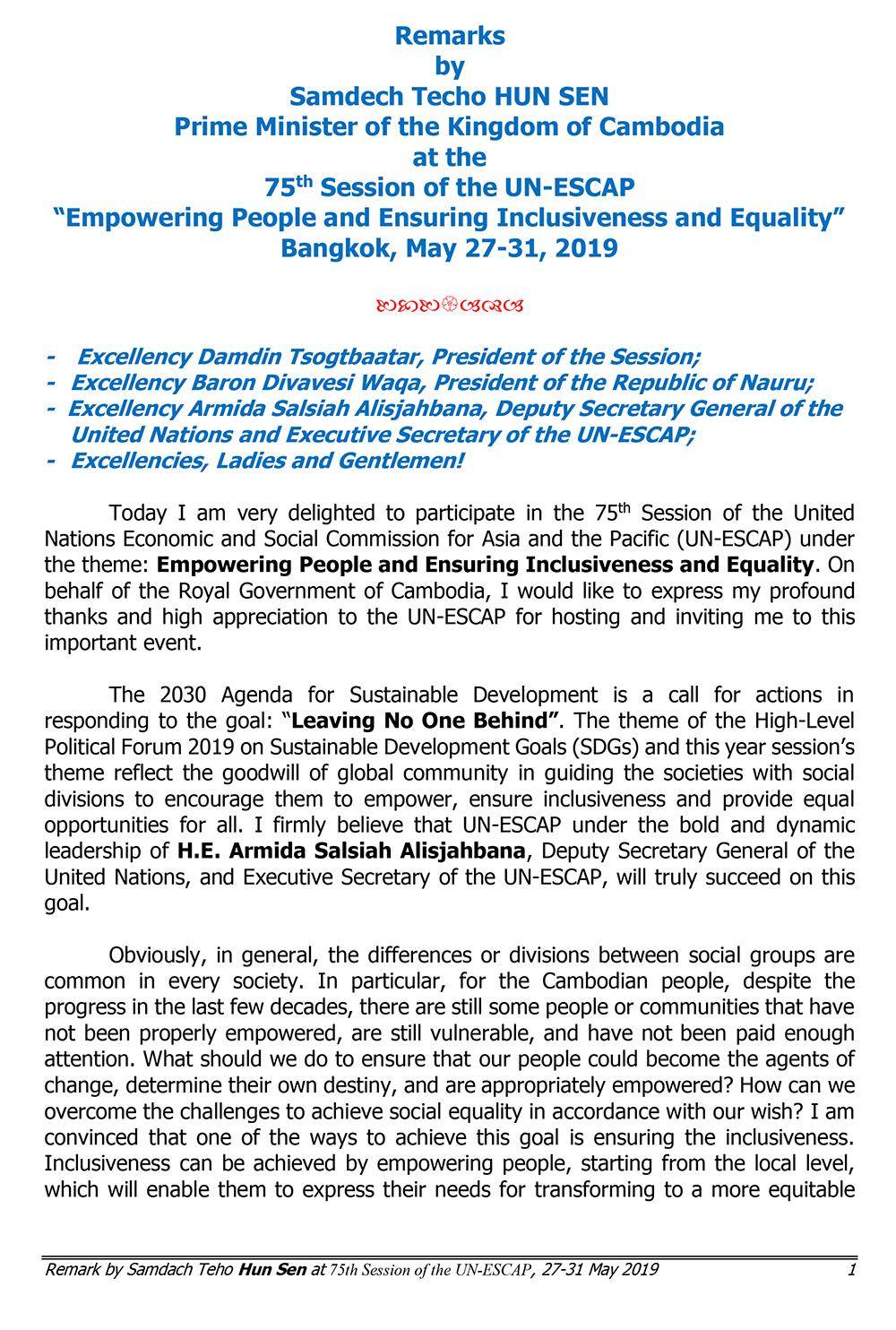 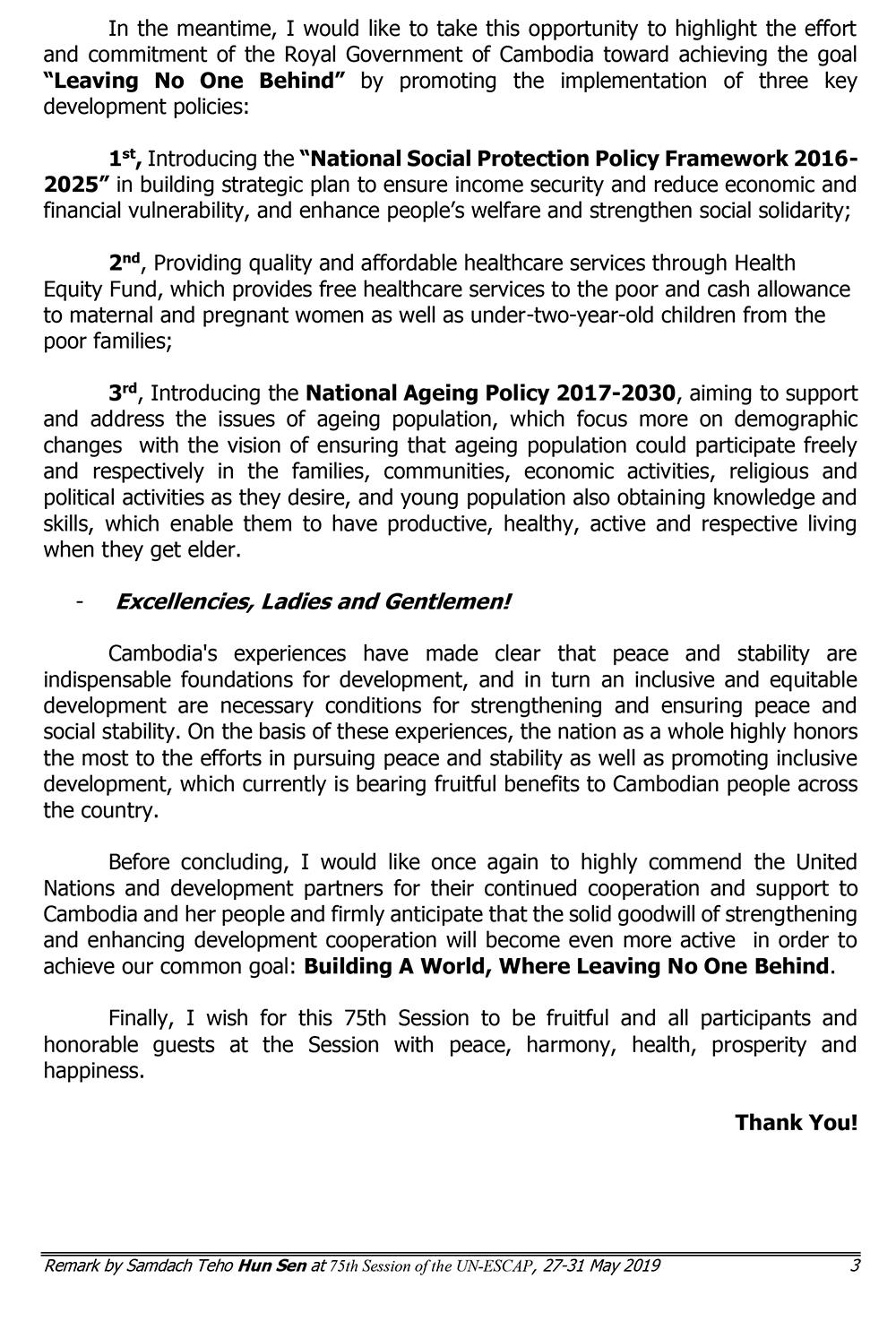