Cambodia’s Past and Future Growth Can’t Be Dissociated from the Support of Japan: PM Hun Sen (Video inside)

Phnom Penh (FN), May 29 – The kingdom’s past and future growth could not be dissociated from the support of Japan, Cambodian Prime Minister Hun Sen addressed Wednesday at the Cambodia Investment Seminar at the 25th International Conference on the Future of Asia and a series of events in Tokyo, held from 29-31 May 2019.

“On this auspicious occasion, in the name of the Royal Government and the people of Cambodia, I would like to express our sincere gratitude and appreciation to the government and people of Japan for their significant contributions to our quest for peace, national unity as well as rehabilitating and developing the Cambodian economy through cooperation in financing, infrastructure development, technical assistance, and human resource development in addition to investment by the Japanese private sector,” the Premier addressed before 300 Japanese investors.

Between 1992 and 2018, Japan provided the equivalent of more than $2.8 billion in Official Development Assistance (ODA) to Cambodia – about 15 percent of total financing by all development partners. Japan has supported major infrastructure projects – building the Kizuna Bridge and the Tsubasa Bridge, improving National Roads No. 1 and 5, developing a new container terminal at Sihanoukville Autonomous Port, and improving flood protection and drainage in Phnom Penh.

Upgrading the two highways is making these roads vital strategic routes in the southern economic corridor between Bangkok and Ho Chi Minh City – the two economic poles of the Greater Mekong Subregion. Phnom Penh is the main city along this corridor, furthering promoting Cambodia as an investment destination for both small and large Japanese companies adopting Thailand +1 or Vietnam +1 strategies.

“Kizuna Bridge and Tsubasa Bridge, the longest bridge across the Mekong in Cambodia, have not only facilitated the movement of people and goods between Cambodia, Vietnam and Laos but have also made tourist destinations more accessible for the Cambodian people. The two bridges are featured on our new 500 riel banknote, a rare case for a flag of one country to appear on the banknote of another – a clear testimony to the deep ties between our two countries,” the Premier underlined.

Cambodian Prime Minister and his counterpart Abe will witness the signing of a letter of exchange for grant aid for a 339 million yen human resource development scholarship program and a 200 million yen project to build a container terminal in the special economic zone of Sihanoukville Autonomous Port.
Japan’s provision of 23 billion yen in ODA for the new container terminal at Sihanoukville Autonomous Port will help Cambodia become a transit hub of goods in ASEAN with an annual capacity to handle up to 900,000 TEUs – a two-fold increase from the current capacity. The new terminal will be able to accommodate the large vessels increasingly used to transport goods through international waters, helping to reduce future freight costs.

The Japan International Cooperation Agency (JICA) has acquired a strategic shareholding in Sihanoukville Autonomous Port, a further confirmation of the Japanese government's faith in the future of the port – and the future of Cambodia.
=FRESH NEWS 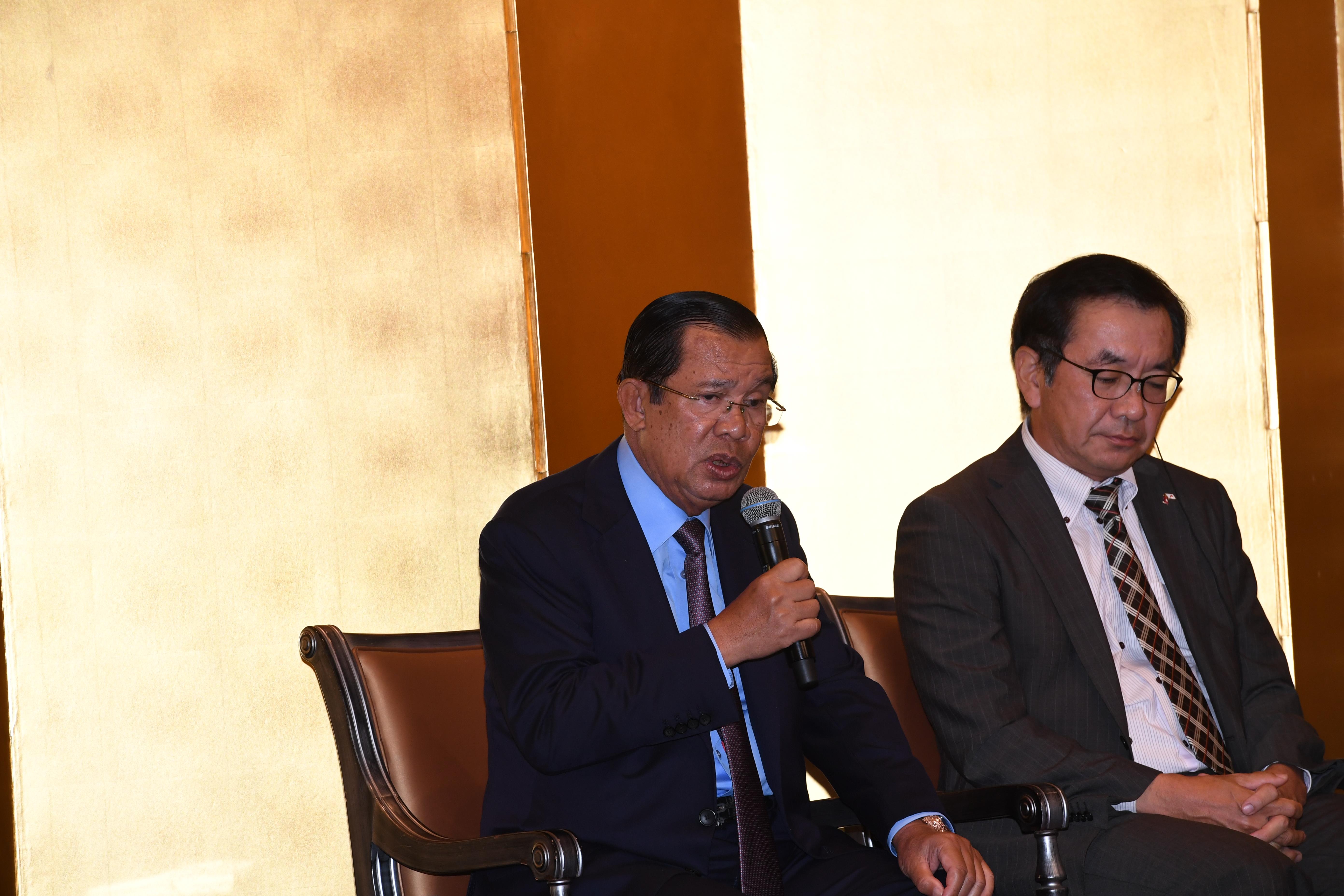 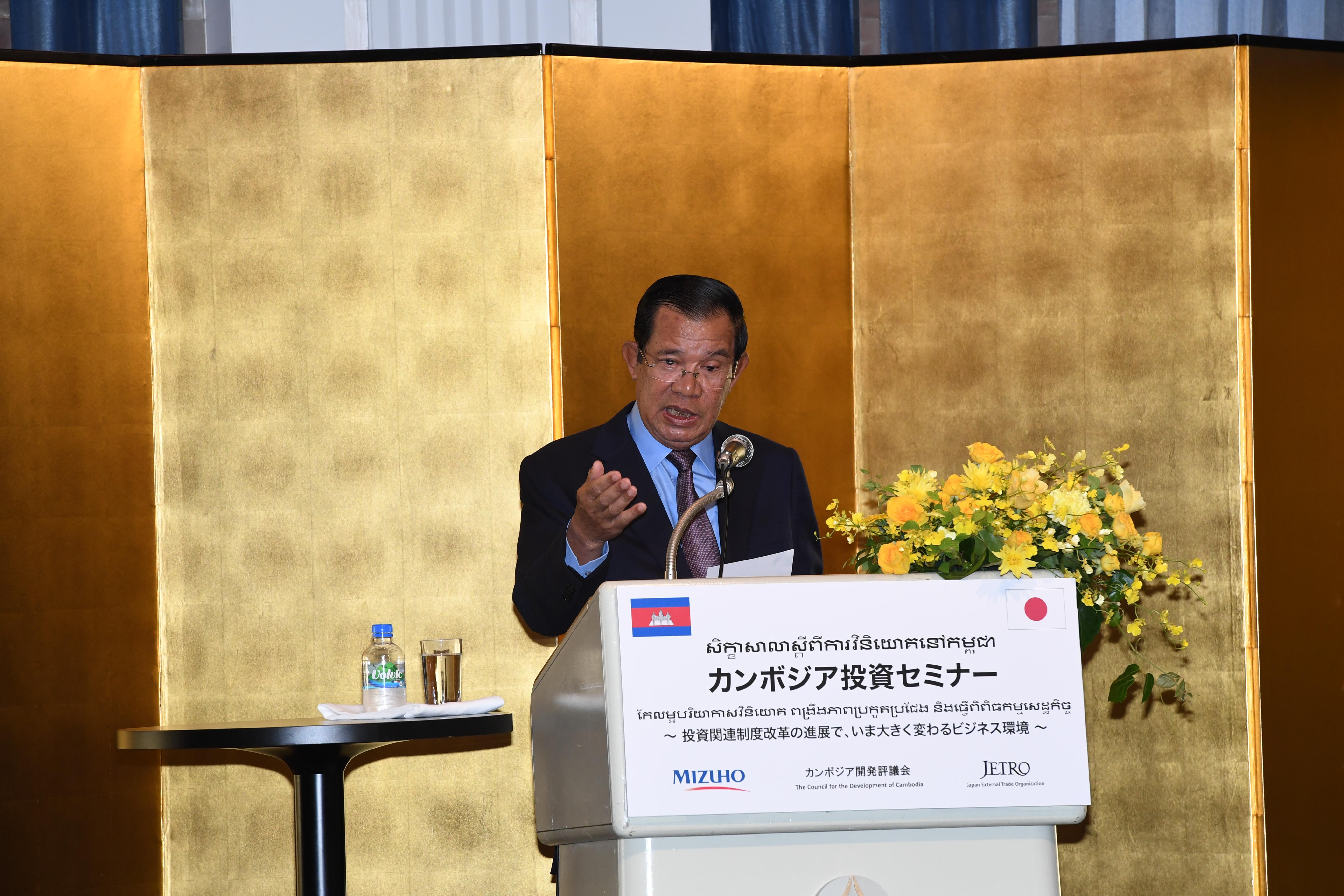 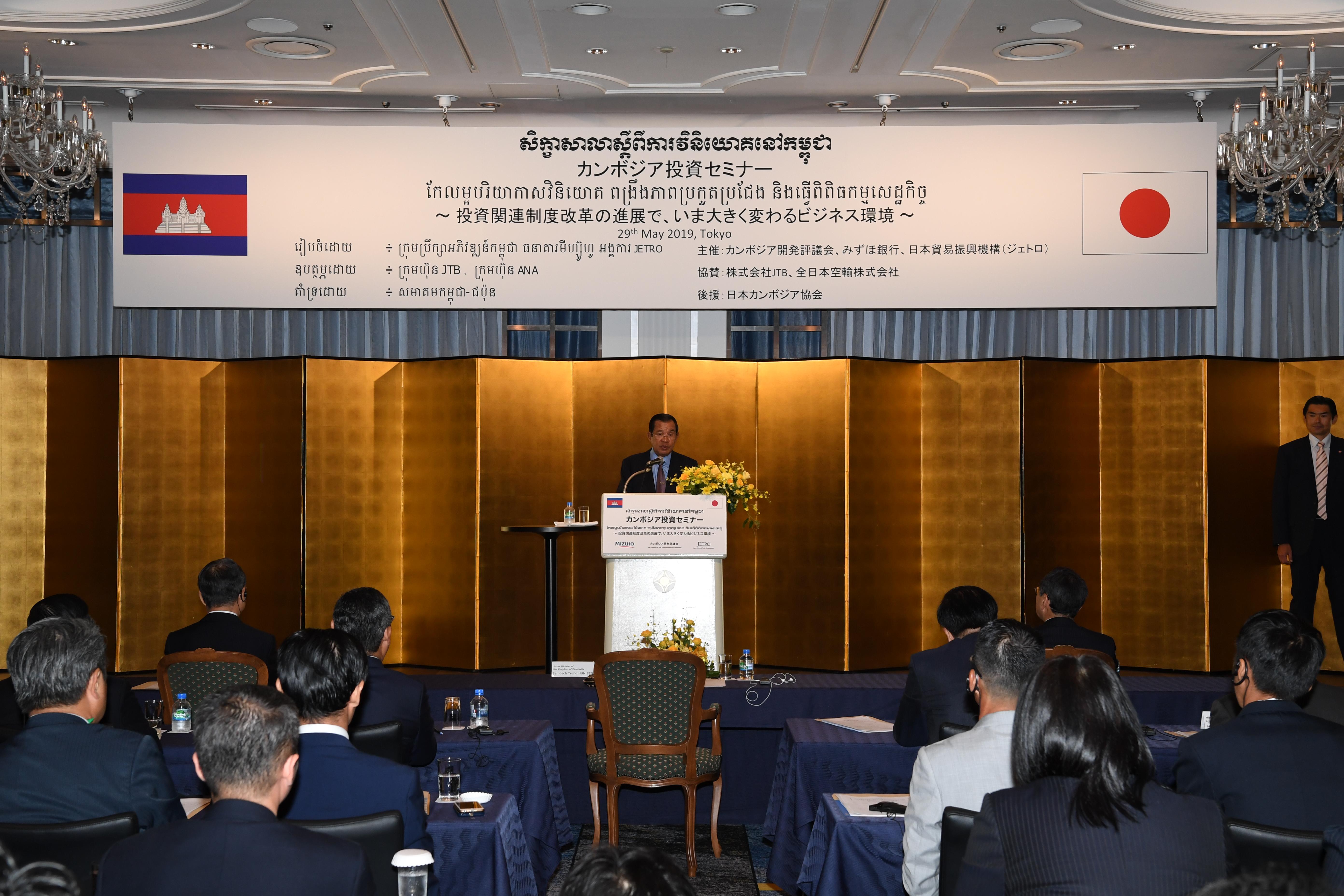 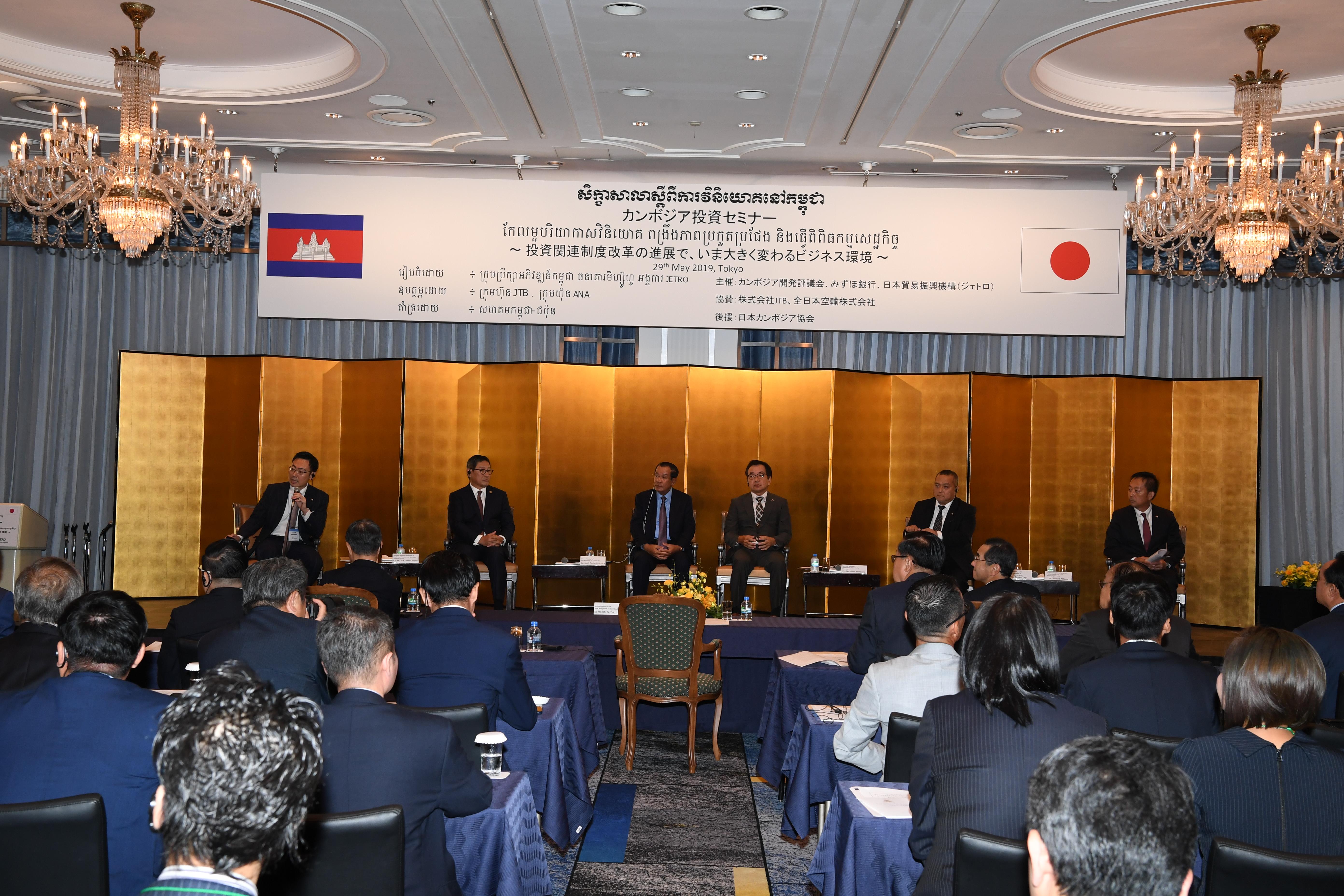 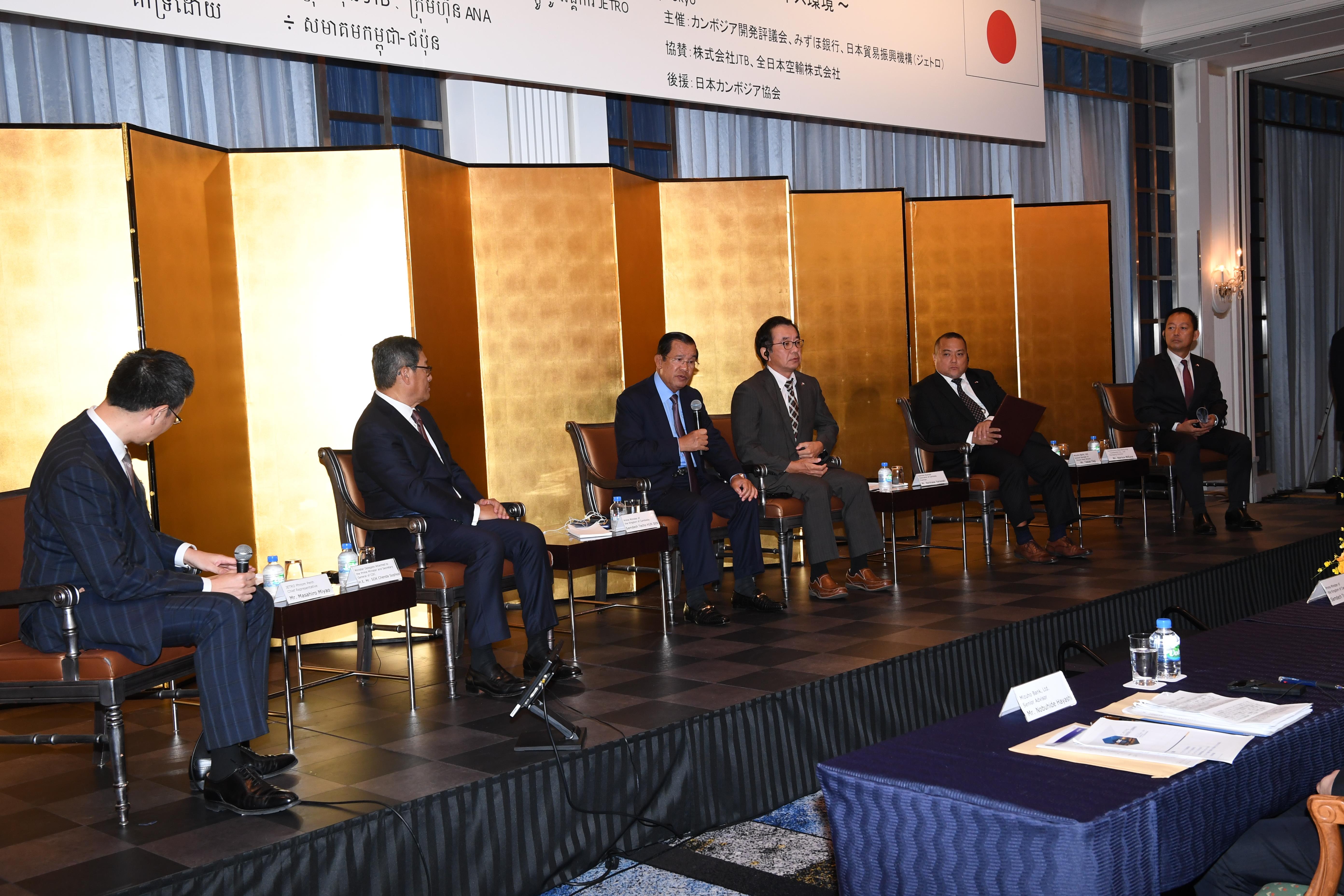 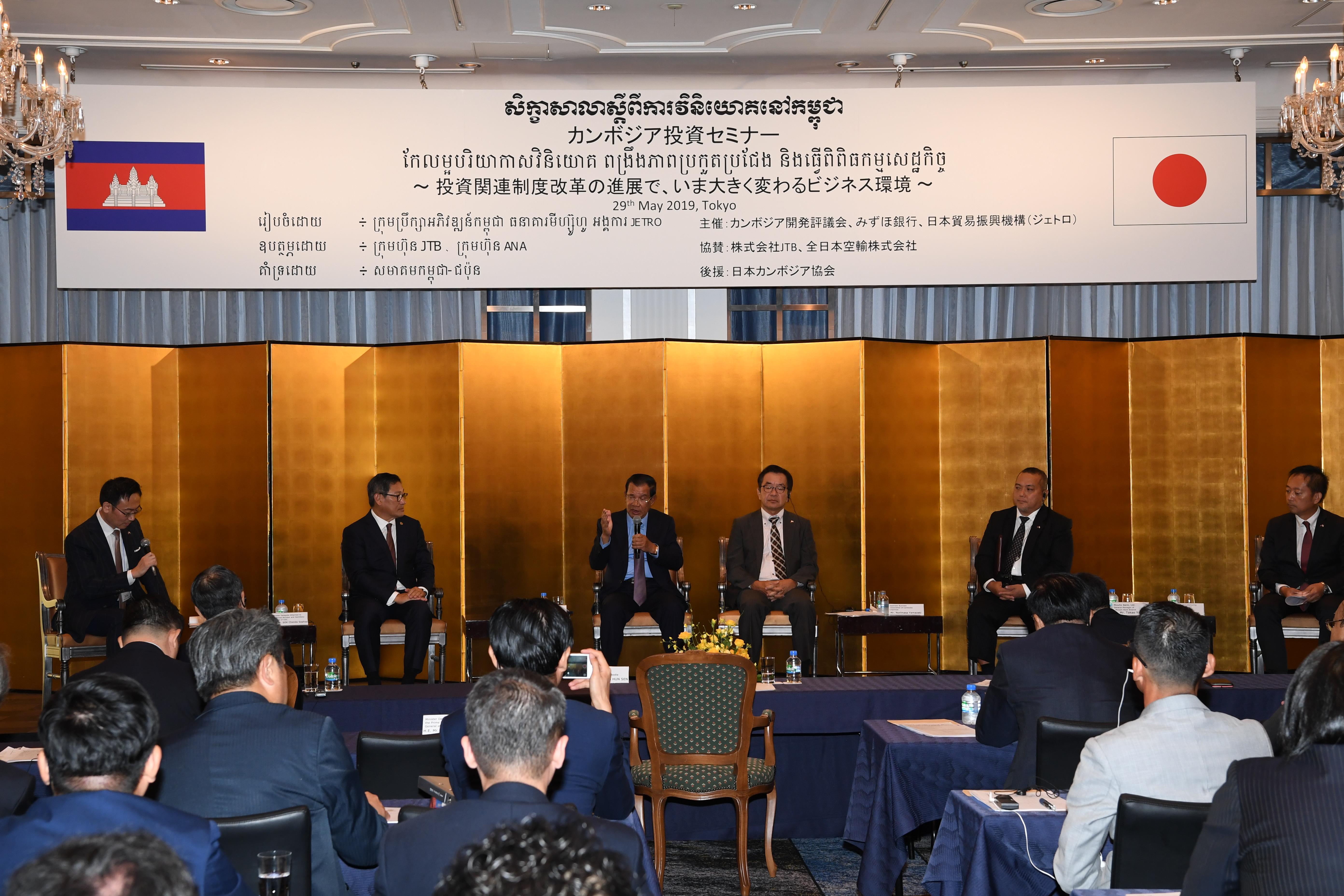 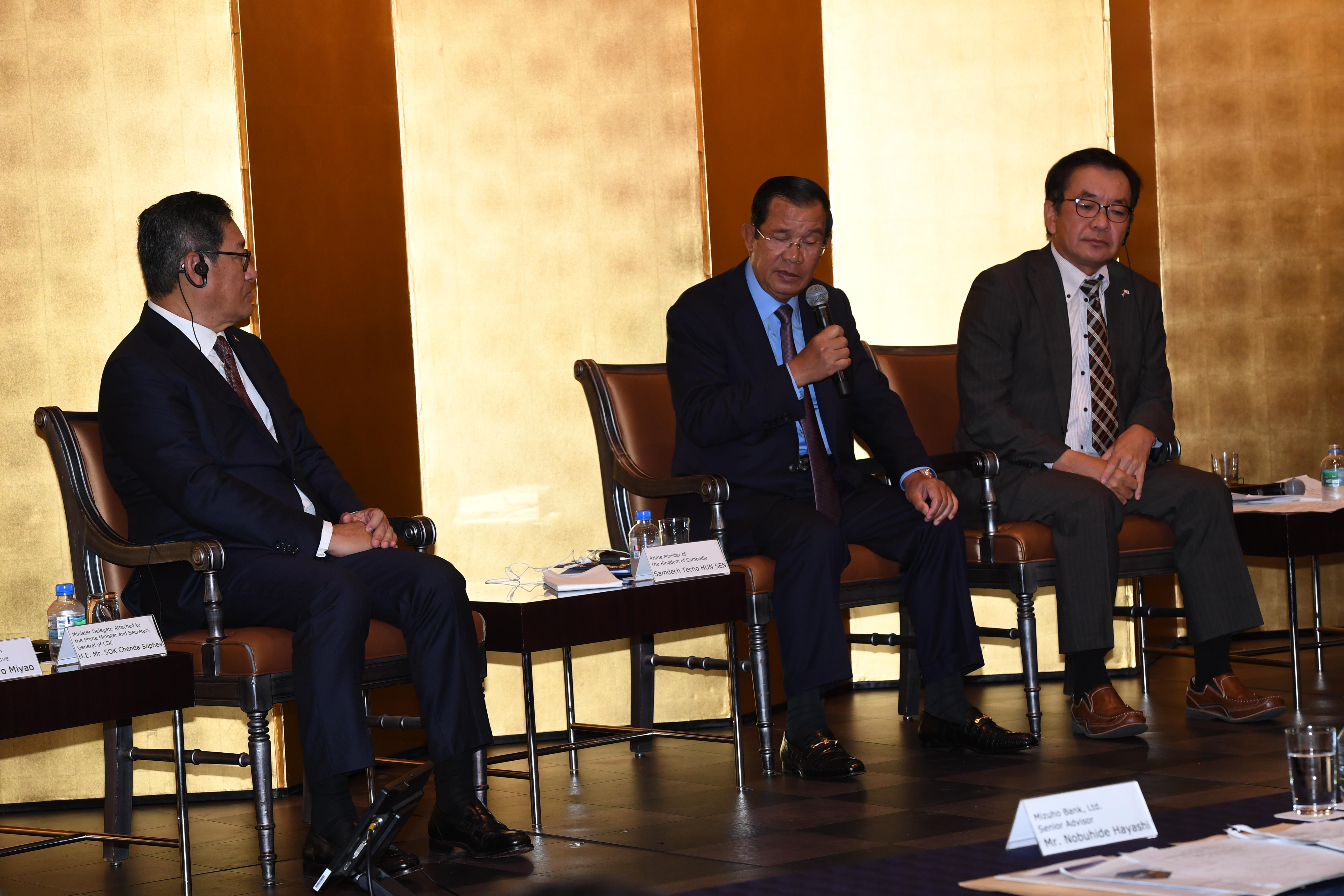 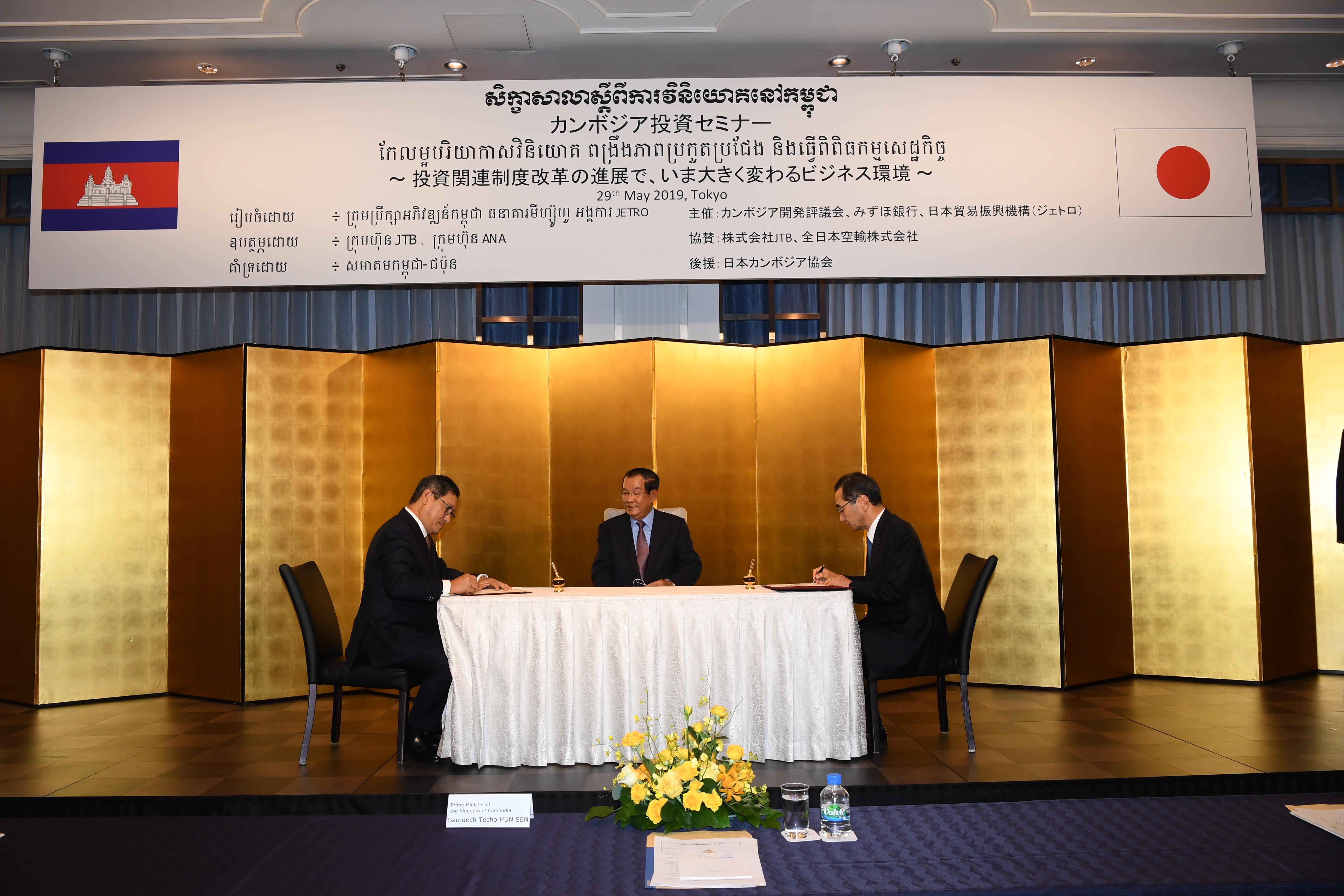 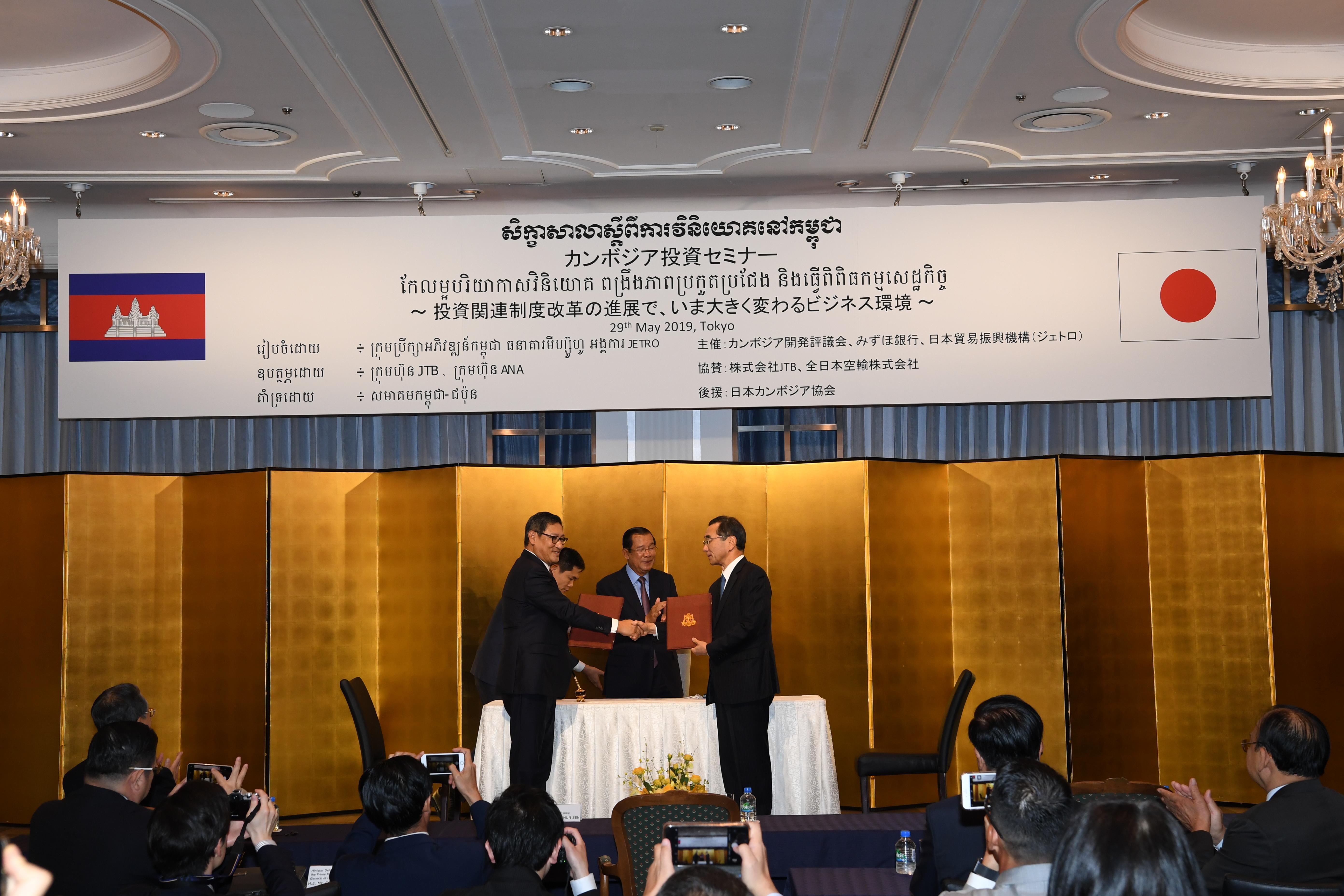 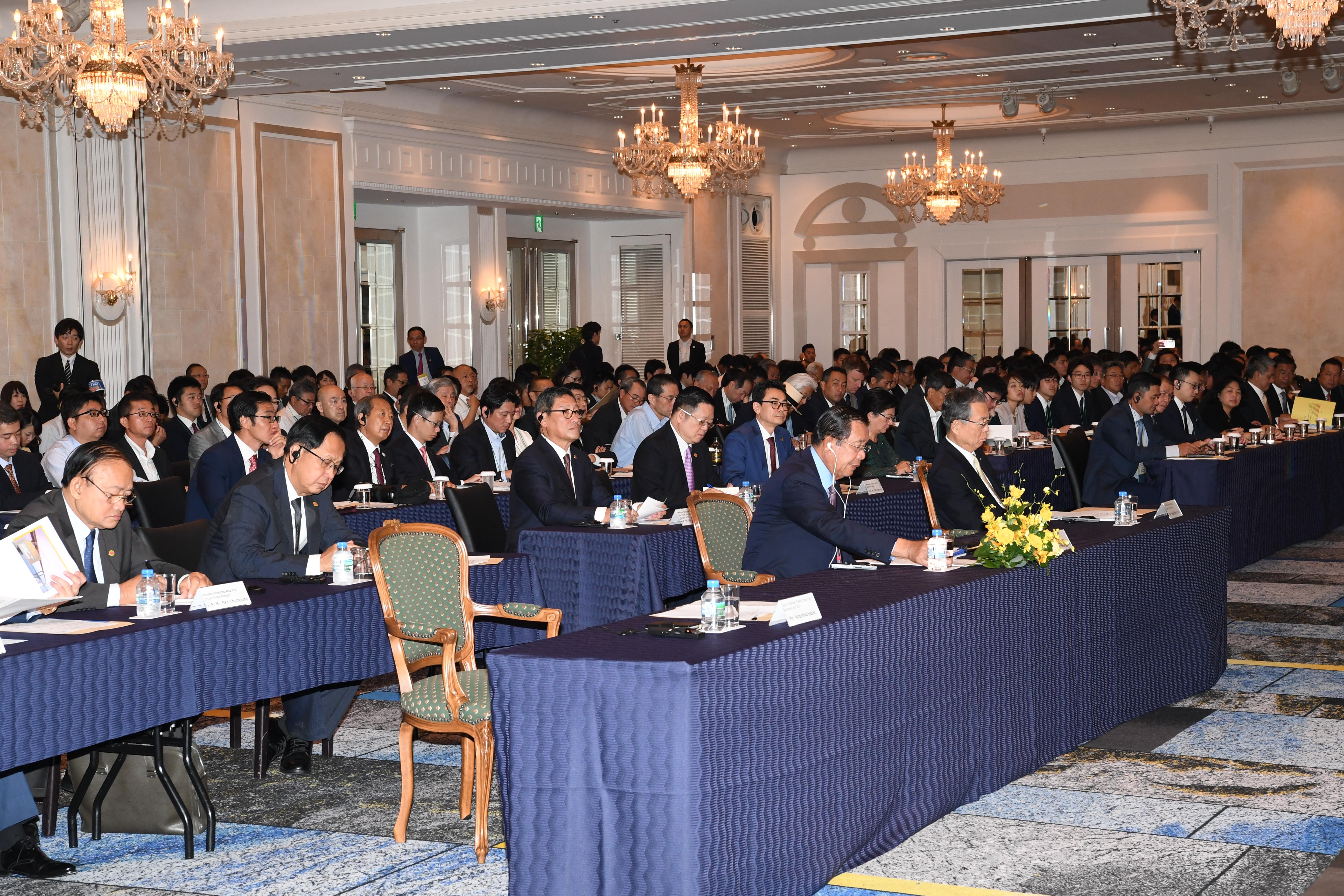