Russia and Cambodia: Crescendo of Cooperation

Phnom Penh (FN), June 12 – Today, on 12 June, we celebrate the National Day of Russia, which symbolizes the unity of our country and highlights the values we cherish. This day the Russian people recalls its glorious past, which paved the way to nation’s present solid position, allowing us to face future with confidence.

The Russian Federation continues its balanced development, emphasizing good governance and protecting financial stability by improving investment climate and diversifying trade connections. A number of ambitious mega-projects in various spheres are being implemented: last year we finished construction of the Crimean Bridge connecting the peninsula to the mainland and successfully hosted FIFA World Cup, which spectators managed to enjoy hospitality and witness modern Russia –dynamic, creative, and open to the world.

Progress of our society partially owes to wise and sustainable foreign policy aimed at preserving international relations system based on primacy of universal principles of international law, invincibility of state sovereignty, mutual respect, which together secure reliable and predictable world community order.

This approach we share with Cambodia, a country that remains a close friend of Russia for many decades. In restless times, when certain powers are trying to push conceptions detrimental to the established international order for own benefit, when violent extremism and terrorism are rising heads to dismantle peace and stability regionally and globally, when ill-minded groups are seeking to topple legitimate governments via «color revolutions» under the banners of «good intentions», we greatly value such trusted and reliable partner as Cambodia to have common ground against these unhealthy trends.

Therefore it brings me delight and satisfaction to note continuing development of our bilateral relations on the same basis they were established 63 years ago – mutual respect and understanding, trust and support – these are not just words, but unchanging principles of our interaction that remain unfaded with time.

The history of this relations can be tracked to the middle of XX century, when Soviet Union assisted the Kingdom in developing infrastructure, needed after gaining independence from colonial rule under King Norodom Sihanouk. Moscow lent a helping hand again in late 1970’s and 1980’s to support Khmer nation which rising after terrors of Pol Pot genocidal regime. In addition to restoration roads, production facilities, hospitals and schools, USSR welcomed thousands of young Cambodians into its universities, who later applied obtained knowledge to serve their country and significantly strengthen national economy, defense potential and changed lives of millions of compatriots to the better. During that time I myself had a luck to meet many of them pursuing their education, knowing that success in classrooms would be converted into building up peaceful and thriving Cambodia, where people could enjoy stability and economic growth.

We continue to value our friendship: it is true to say that in recent years we observe a reboot of bilateral cooperation – the level of interaction now is the highest since the collapse of the Soviet Union, and it keeps growing. Last year witnessed continuation of trend, set in 2015–2016: Russian Prime Minister H.E. Mr. Dmitry Medvedev was among the first leaders to congratulate Samdech Akka Moha Sena Padei Techo Hun Sen on tremendous success in the elections to the National Assembly, just few months before their talks during ASEM Summit in Brussels in October 2018. Another meeting between Samdech Prime Minister Hun Sen and President H.E. Mr. Vladimir Putin in Singapore on the sidelines of Russia-ASEAN Summit (November 2018) consolidated practice of regular top-level contacts.

Economic ties represent important field for collaboration. Despite the fact that bilateral trade increased by 21,5%, it is clear that current trade volume is yet far from its full potential. Therefore special attention is paid to this matter though the mechanism of Intergovernmental Russian-Cambodian Commission on Trade, Economic, Scientific and Technical Cooperation (IRCC), which co-chairs H.E. Mr. Dmitry Kobylkin, Minister of Natural Resources and Environment of the Russian Federation and H.E. Mr. Prak Sokhonn, Deputy Prime Minister, Minister of Foreign Affairs and International Cooperation met in January 2019 in Phnom Penh. The talks proved major interest of Russian locomotives of economy in investing in Cambodia and launching joint projects in fields of energy (including geological exploration and extraction), transport, machinery-building and servicing, agriculture, tourism, etc. We must actively work within IRCC format to encompass these ideas and put them into realization in near future.

Along with gradual development of trade, multilateral format of interaction is gaining momentum. In line with MoU between the Eurasian Economic Commission and the Government of the Kingdom of Cambodia dated 2016, on the 2nd Session of Joint Working Group «Eurasian Economic Union–Cambodia» held in Russia in May 2018, parameters of Kingdoms possible integration into a large common market designed to connect the Eurasian and Asia Pacific space were discussed (today EAEU links economies of Armenia, Belarus, Kazakhstan, Kyrgyzstan and Russia). The parties agreed to maintain this dialogue and meet again in 2019.

It is worth mentioning that additional impulse was given to inter-party dialogue on the basis of relevant Agreement signed between All-Russian political party «United Russia» and Cambodian People’s Party in 2016. Close interaction of representatives of «United Russia» and CPP favored official launching of ACC of International Conference of Asian Political Parties earlier this year.

Tendency of broadening of humanitarian cooperation continues, especially in areas of education, youth policy, and culture. Every year more Cambodian students get Russian government-funded scholarships and travel to study in our universities. What is more, establishing of direct dialogue between the leading diplomatic high schools of our countries – Moscow State Institute for International Relations (MGIMO) and National Institute of Diplomacy and International Relations (NIDIR) – and signing profile Memorandum of Understanding is another important step in this field, allowing exchange of experience in preparing professional diplomats for their career in Foreign Ministry.

As for youth policy, it is worth mentioning that participation and valuable contribution of the Cambodian delegation to the XIX World Festival of Youth and Students (Sochi, October 2017) won great recognition by organizers of the event, and in this regard a commemorative medal, instituted by President Vladimir Putin, was awarded to H.E. Mr. Hun Many, Chairman of the Commission on Education, Youth, Sport, Religious Affairs, Culture and Tourism of the National Assembly, President of the Union of Youth Federations of Cambodia.

Recent organization of Days of Cambodian Culture in Moscow marked advance in cultural ties, and we eagerly expect to reiterate 2016 success of reciprocal Days of Russian Culture in this year.

Since Cambodia is becoming more attractive destination for Russian travelers due to swift development of tourist infrastructure, we are more than positive about perspectives of cooperation in this sphere, including opening direct flights between our countries.

Treasuring our decades-long amity, Moscow continues its support in preserving and advancing its true symbol – Khmer-Soviet Friendship Hospital. This year the feasibility study on restoration of KSFH was completed and we expect further implementation of this impressive project.

I am adamantly confident that Russian-Cambodian ties would continue to grow stronger and diversify into numerous areas of common interest. Our solidarity in addressing pressing international challenges, solid experience in bilateral dialogue, acceleration of all-level contacts on different platforms, deeply-rooted mutual understanding and respectful approach will undoubtedly navigate us to greater achievements both nationally and globally.

H.E. Mr. Dmitry TSVETKOV is Ambassador of the Russian Federation to the Kingdom of Cambodia
=FRESH NEWS 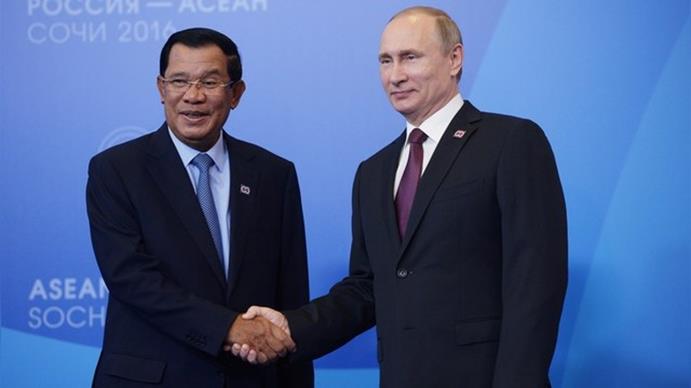 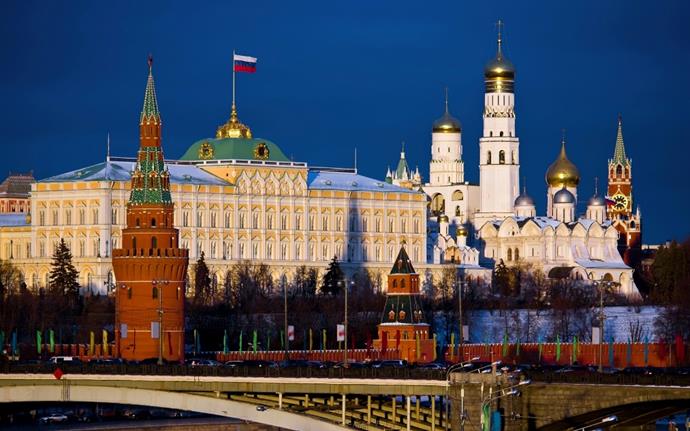