Cambodia-Turkey to Promote Trade Worth to $1B

Phnom Penh (FN), June 16 - Cambodian Prime Minister Hun Sen and H.E. Recep Tayyip Erdoğan, President of the Republic of Turkey, pledged to promote Cambodia-Turkey trade worth to USD 1 billion, speaking in the bilateral meeting on 15 June on the sideline of the 5th Conference on Interaction and Confidence Building Measures in Asia (CICA) in the Republic of Tajikistan from 13-15 June 2019.

The president pledged to promote businesses and invest on Cambodia's prioritized sectors, particularly infrastructure, and promote tourism through direct flights.

Cambodian Prime Minister stated that he will purchase land in Ankara, the capital of the Republic of Turkey in 2019 to open Cambodian Embassy, as Turkey already had her Embassy in Phnom Penh since 2013.

The two also wish to commemorate the 60th anniversary of Cambodia-Turkey official diplomacy in 2020 by creating cultural activities for people-to-people exchanges and conducting exchanges of foreign ministers.

Prime Minister applauds the appointment of co-chairmen of joint committee of the two countries.

He also took the opportunity to invite the President to visit Cambodia at his conveniences.

The president said that Turkey highly values ​​the cooperation with ASEAN, and expressed interest to become ASEAN comprehensive dialogue partner. For this proposal, Prime Minister extended support and pledged to work with other ASEAN members to further promote Turkey's cooperation with ASEAN.
=FRESH NEWS 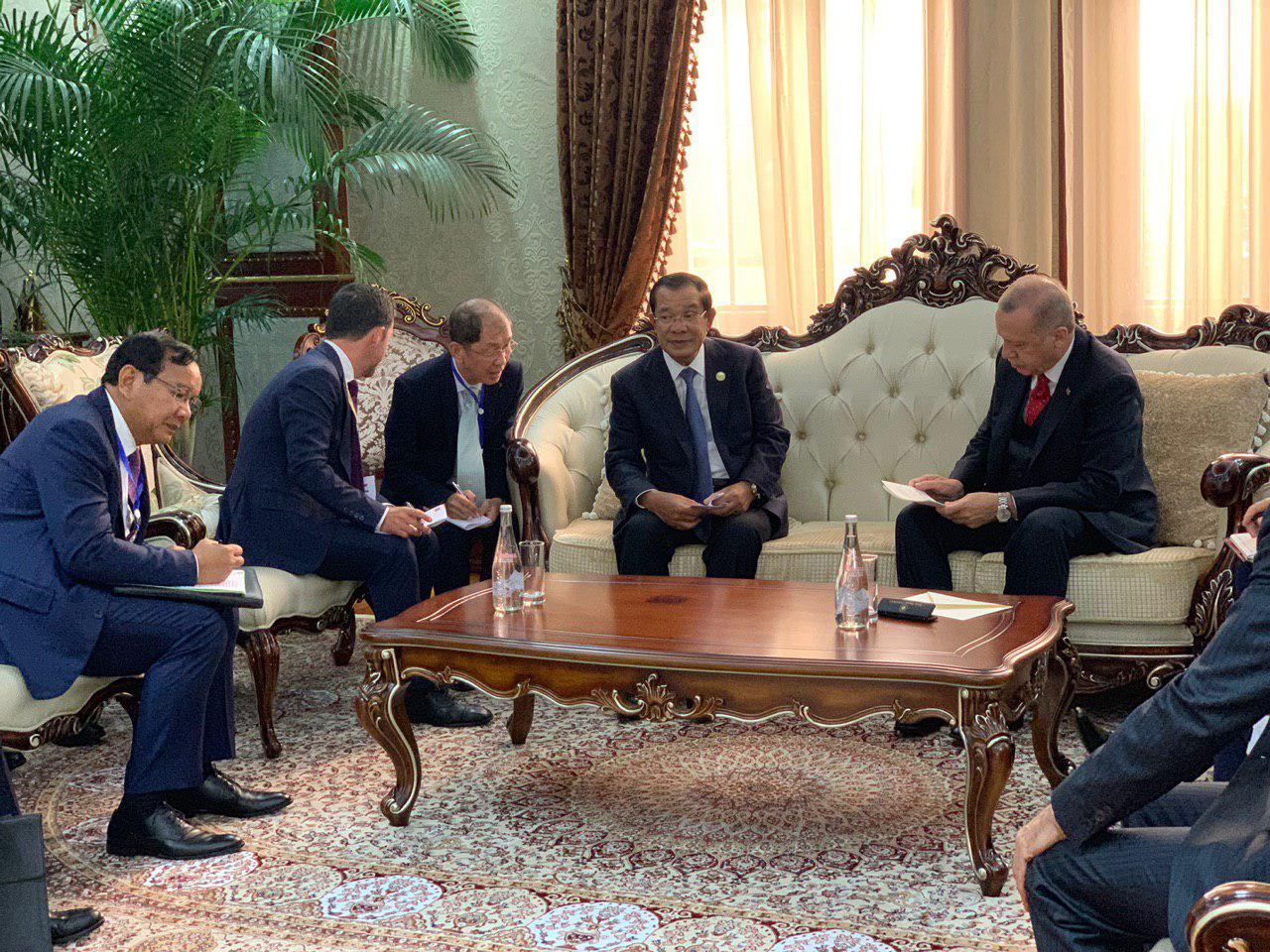 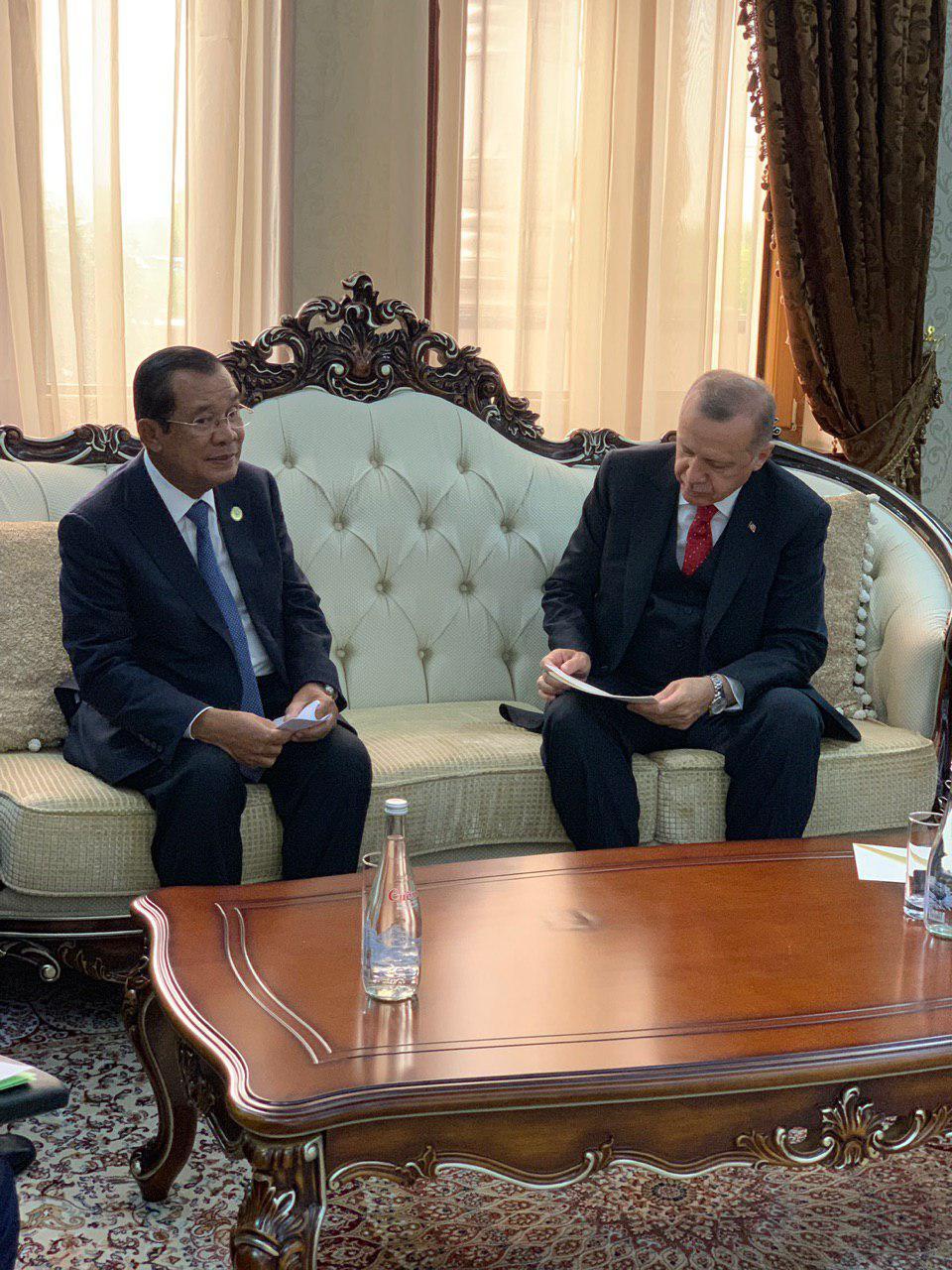 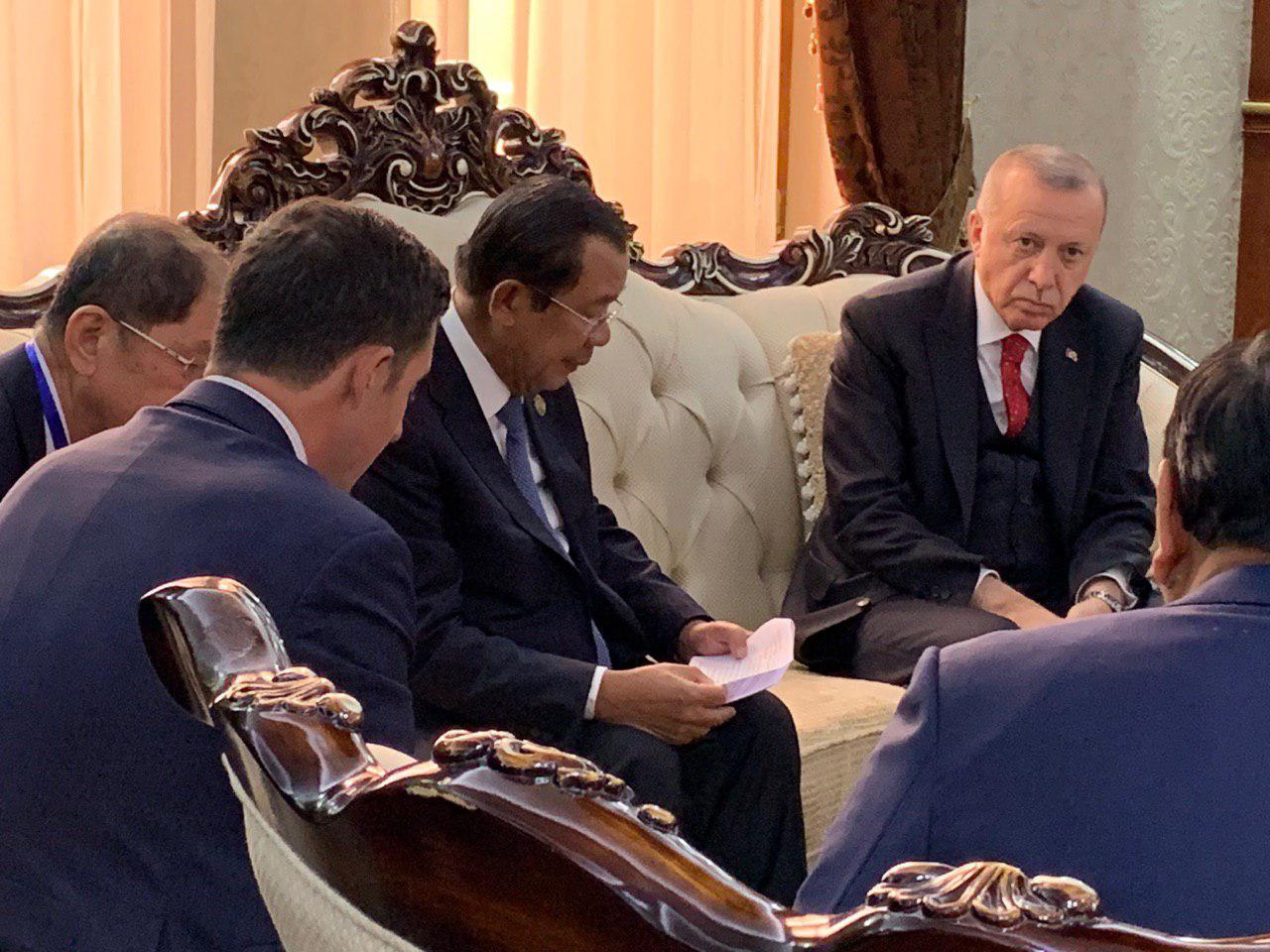 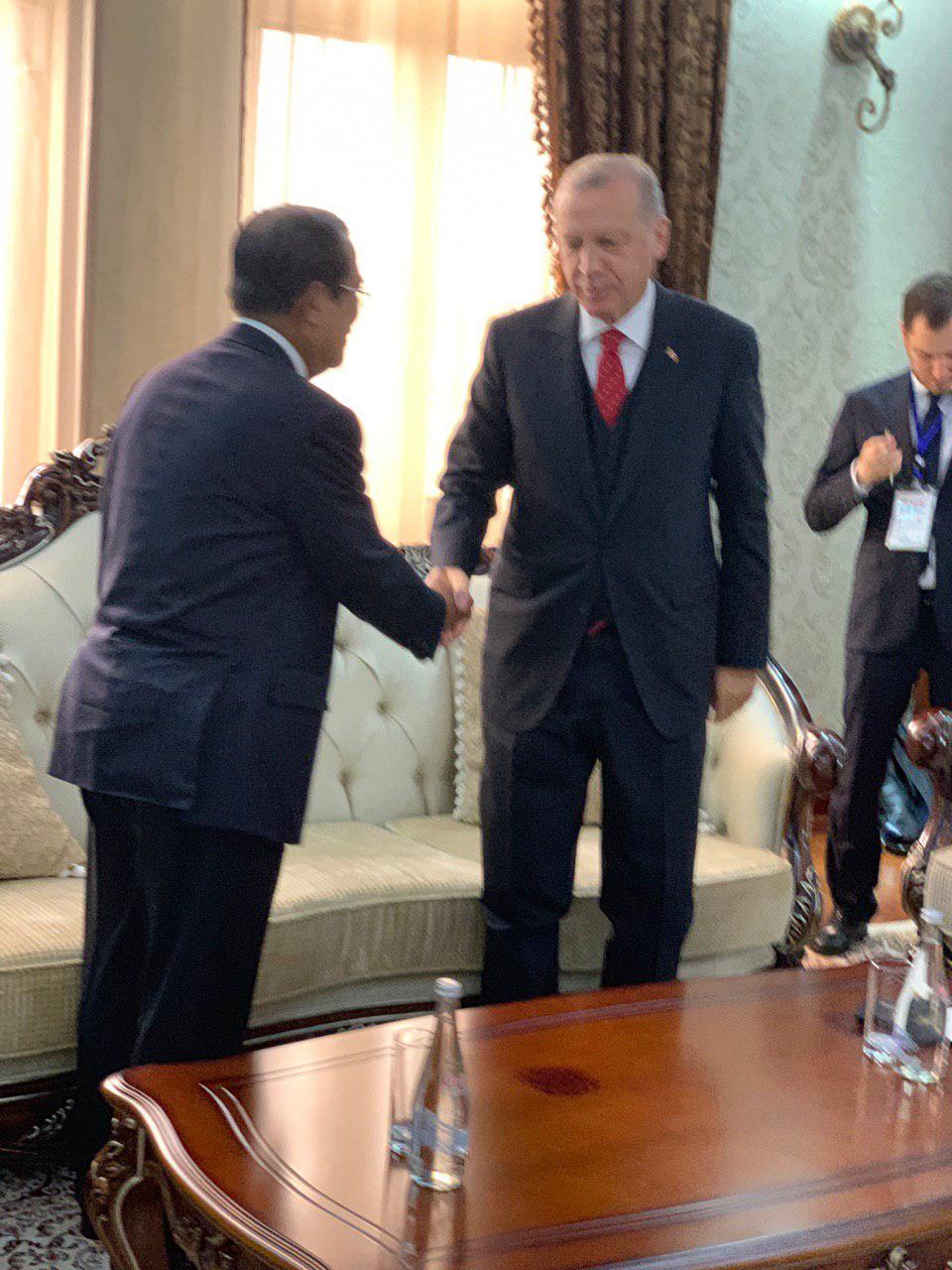 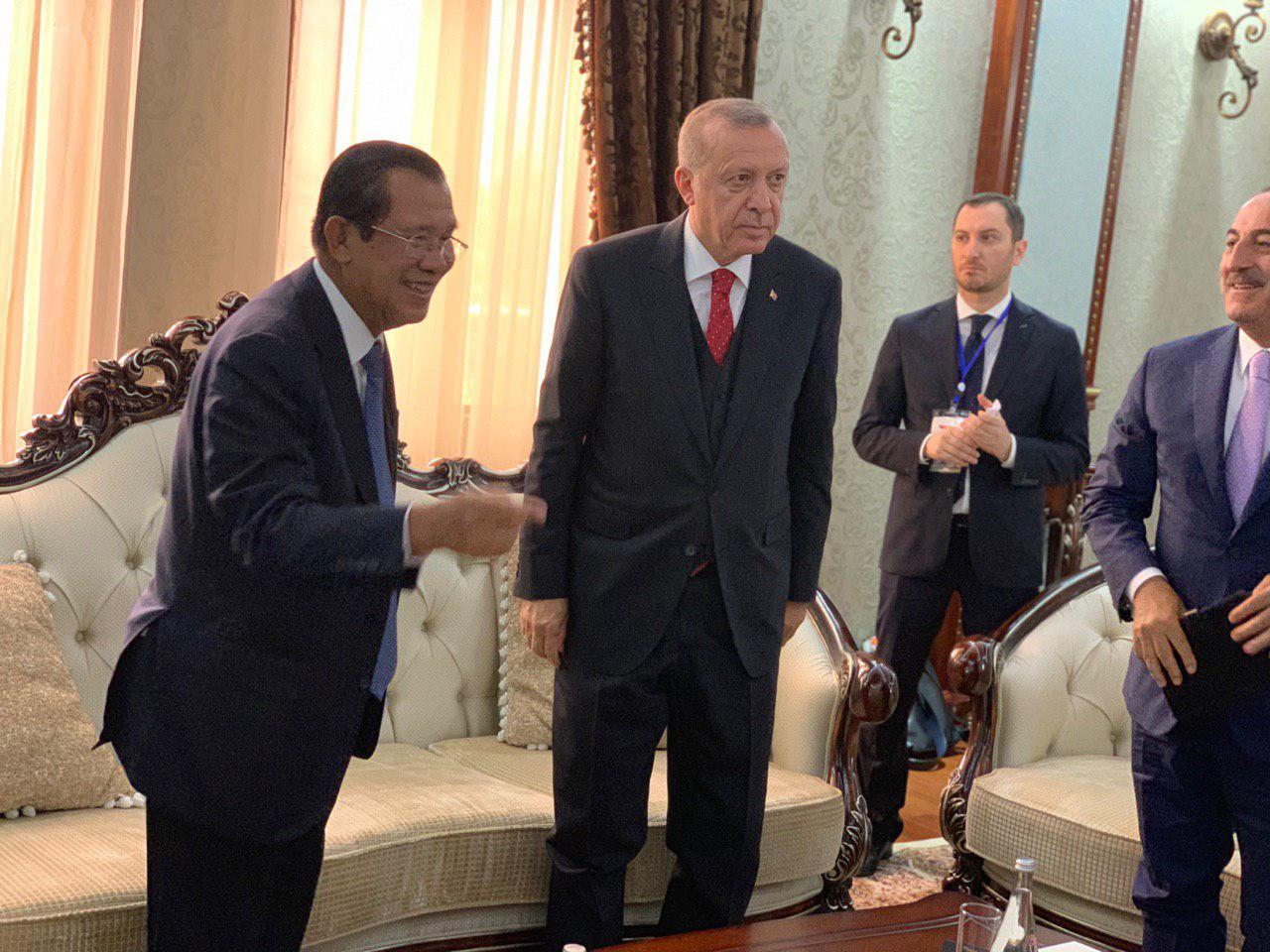