Phnom Penh (FN), June 18 - The lawsuit by World City Co., Ltd., which is investing in the satellite CAMKO CITY, has been dragging on and has been involved by Korean politicians, which has made Cambodia’s judicial procedures more complicated.

Procedures to end the dispute are even harsher, although World City has always shown its willingness to resolve the case. The case was filed in 2014, and has so far continued to the present as the case goes to the Appeal Court before the case ends.

World City’s General Managerin Cambodia Mr. Kim Sang Joo said on 16 June that South Korean CongressmanMr. Jeon Jae Su, who came to Cambodia and attended the Appeals hearing last week, accused World City of causing Busan bank, a bank financing the establishment of the first satellite city in Phnom Penh, to collapse. Mr. KIM responded that the statement by the Korean Congressman was not proper because during the time of the bank’s collapse, totalbad debt was over US$4 billionbut only about US$137 million was invested in Camko City project.

He continued, explaining that after the collapse of Busan Bank, Korean Deposit Insurance Corporation (KDIC) was responsible for collecting back bad loans the bank provided to various projects prior to its bankruptcy. Noticeably, this institution,KDIC could collect onlyless than 40% of the entire loan for other projects that Busanprovided in Cambodia. The institution hasn’t collected the fund provided to CAMKO CITY project yet as World City complained about the excessive amount the institution demanded from it.

He added that World City didn’t borrow from Busan Bank. In fact, the bank lent money to a Korean company called LMW, and LMW lent World City around US$137 million. Therefore, WorldCity is obliged to pay only to LMW, and LMW and Busan Bank should settle their dispute directly and should not involve World City in it. But World City also wants to end the dispute between the two companies. Therefore, it has proposed to cede 50 hectares of land worth up to US$ 500 million to KDIC, but it claimed from World City up to US$ 600 million, which was an unacceptable claim.

Kim Sang Joo said, “World City still welcomes and is willing to sit down for negotiation to end the case and has no intention to escape from the repayment,” adding, “We want to end the case so that the company can continue to develop this project, and even if World City wins the case in Cambodian courts, it still intendsto give back the principal plus proper additional amount of payment to Busan Bank.”

He described South Korean Congressman Jeon Jae Su—who had intervened in the case and went to the Appeal Court on 14 June—as personusing his personal emotion in what he claimed to help the Korean people, but in fact, he wanted to be popular to gain votes from the public because Korea would conduct its Legislative Election in 2020.

“If the Korean Congressman intends to really settle this issue and has goodwill to settle this issue to help Korean people, he should push KIDC to accept World City’s proposal in order to provide to the people, whom he claimed that are victims,” he continued.
Mr. Kim Sang Joo addedthat the Cambodian court had tried to conciliate the case, but KDIC continues to reject the conciliation, and World City is also trying to facilitate to end the case.
=FRESH NEWS 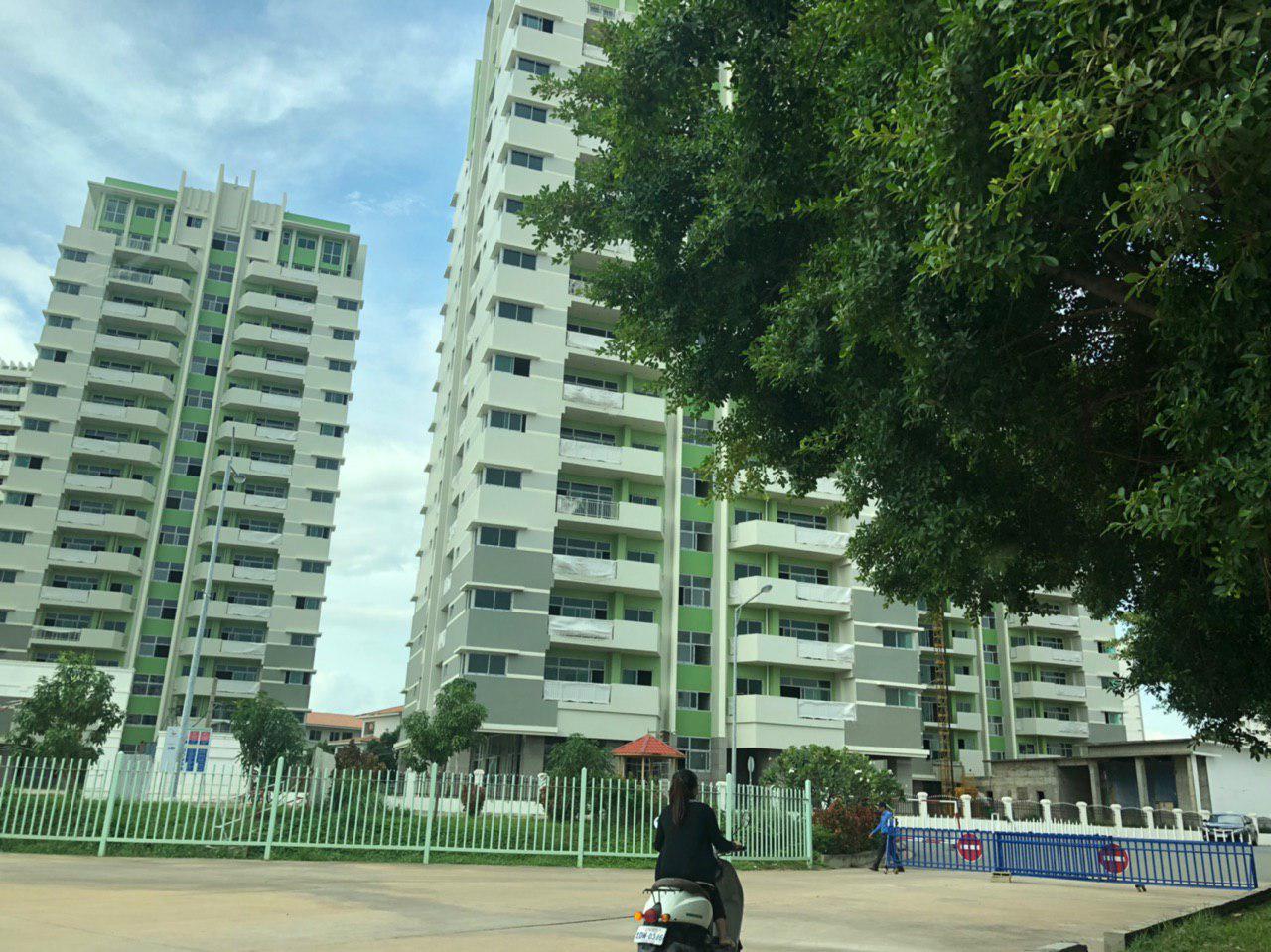 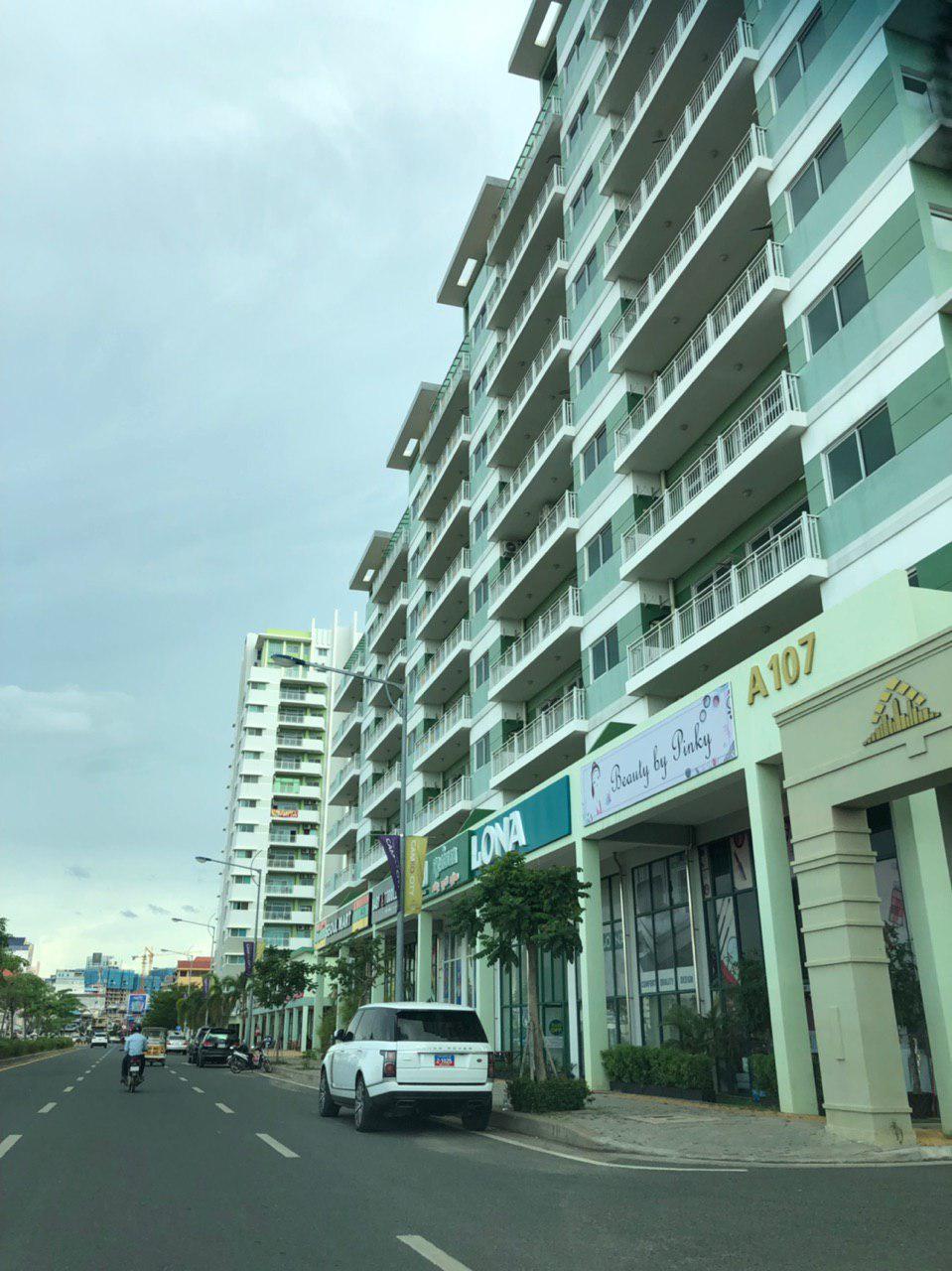 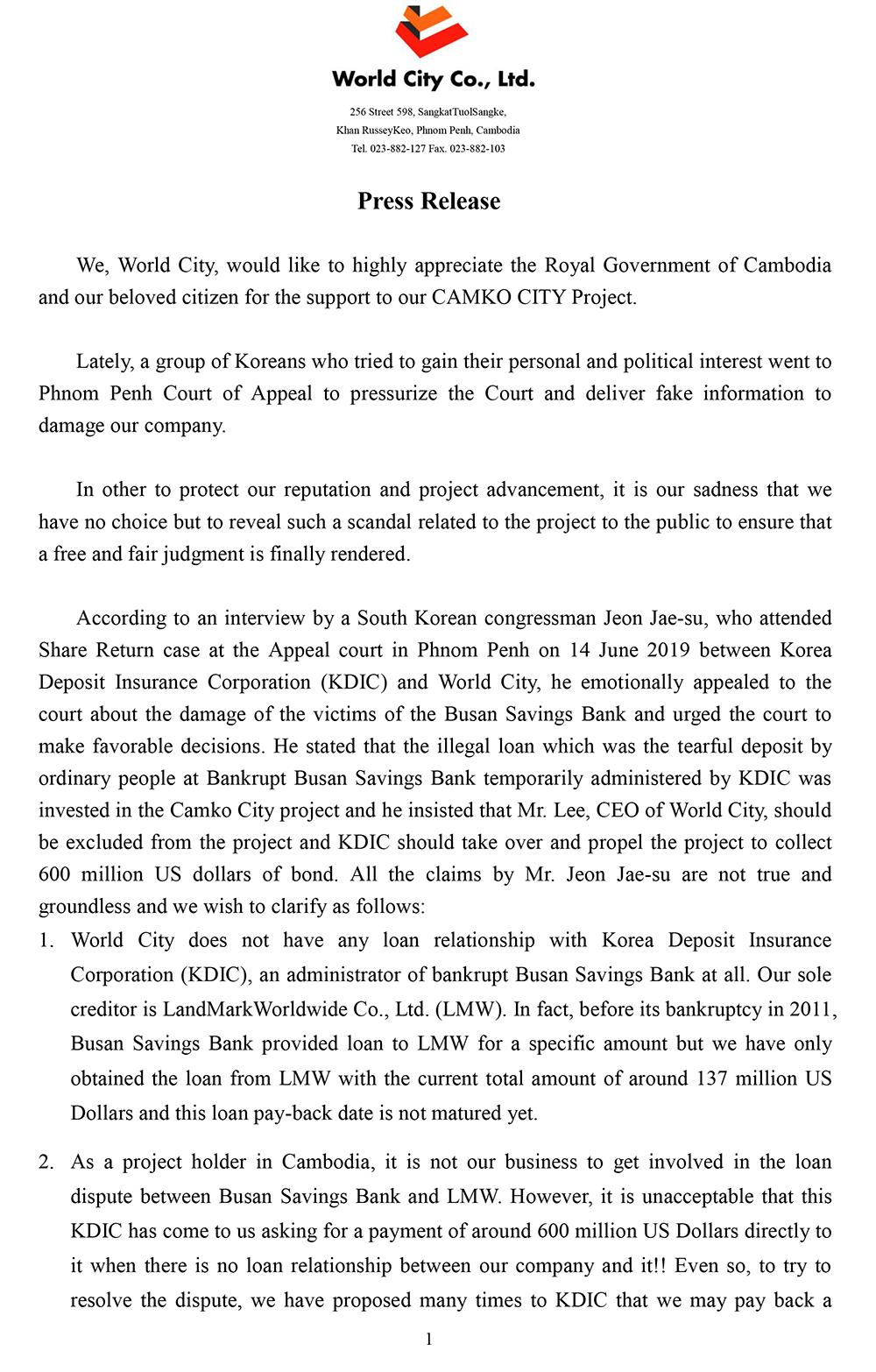 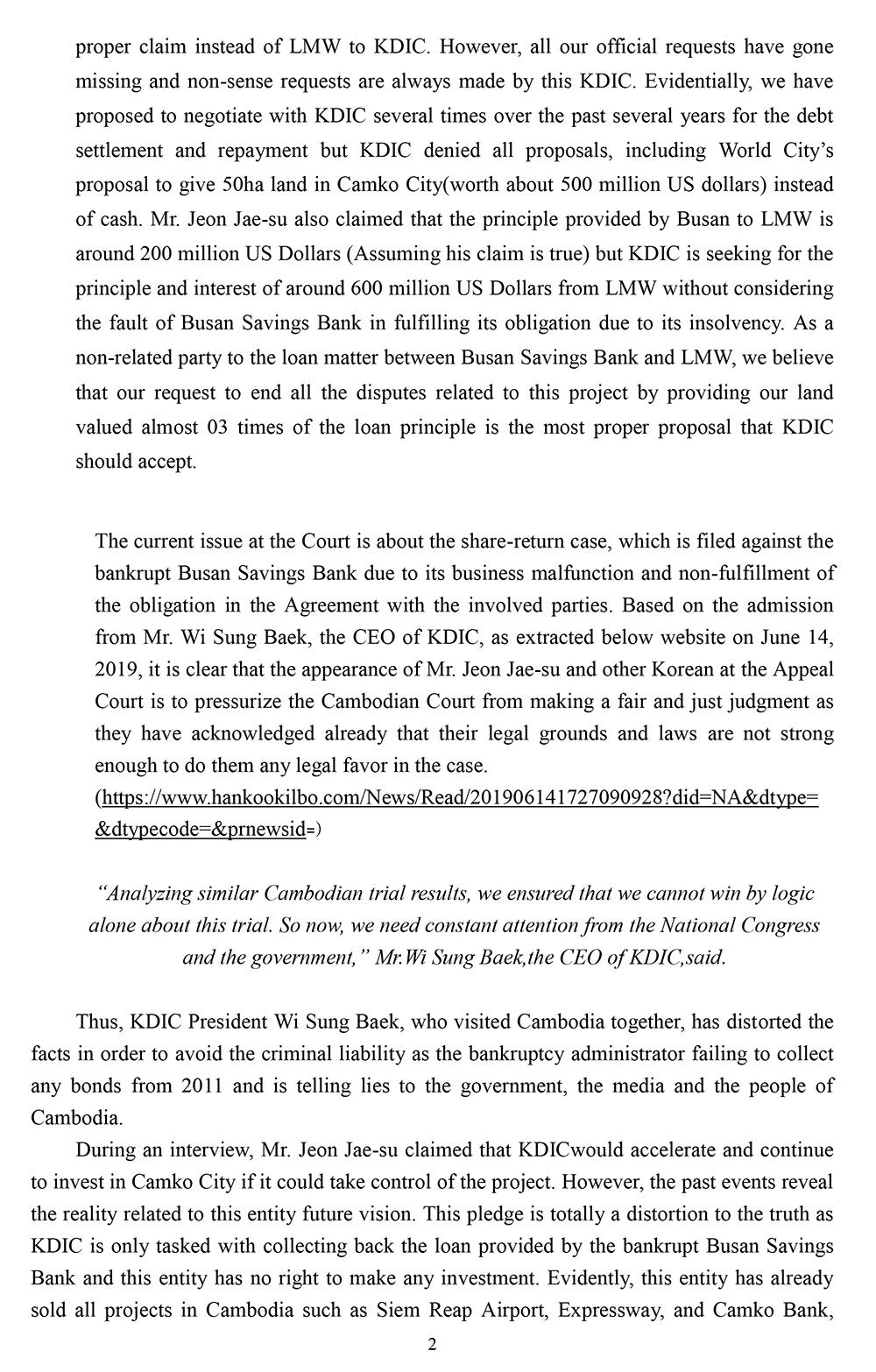 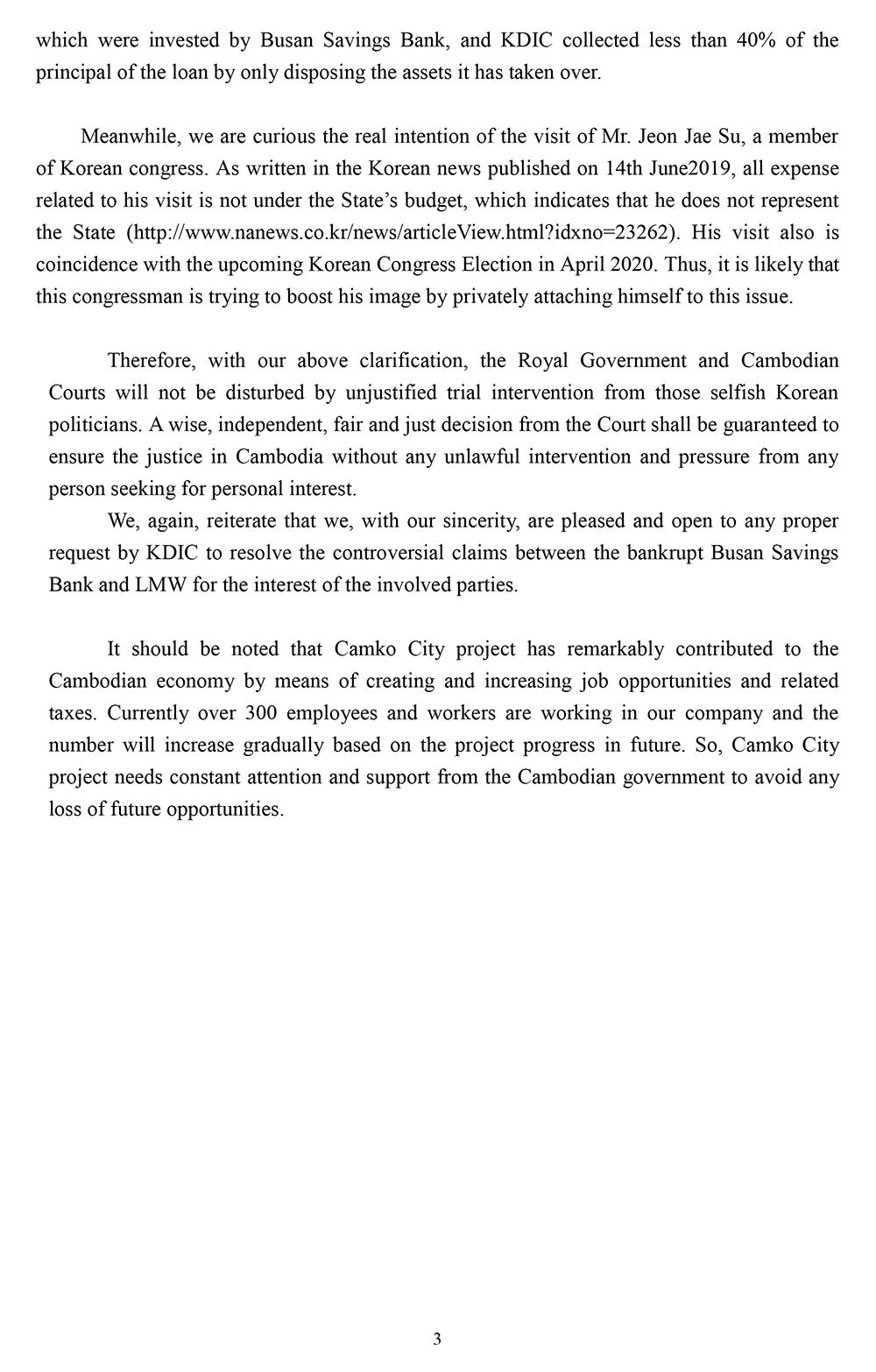