His statement was made in response to Sam Rainsy's statement on Facebook on 17 June 2019, saying that Sam Rainsy wins over Hor Namhong in two separate legal cases, one in 2011 and in 2016.

I have also filed a lawsuit against Sam Rainsy at the Khmer Rouge tribunal for his defamation and incitement. The Cambodian court convicted Sam Rainsy. Therefore, Cambodian court and French court all decided on the same legal basis. 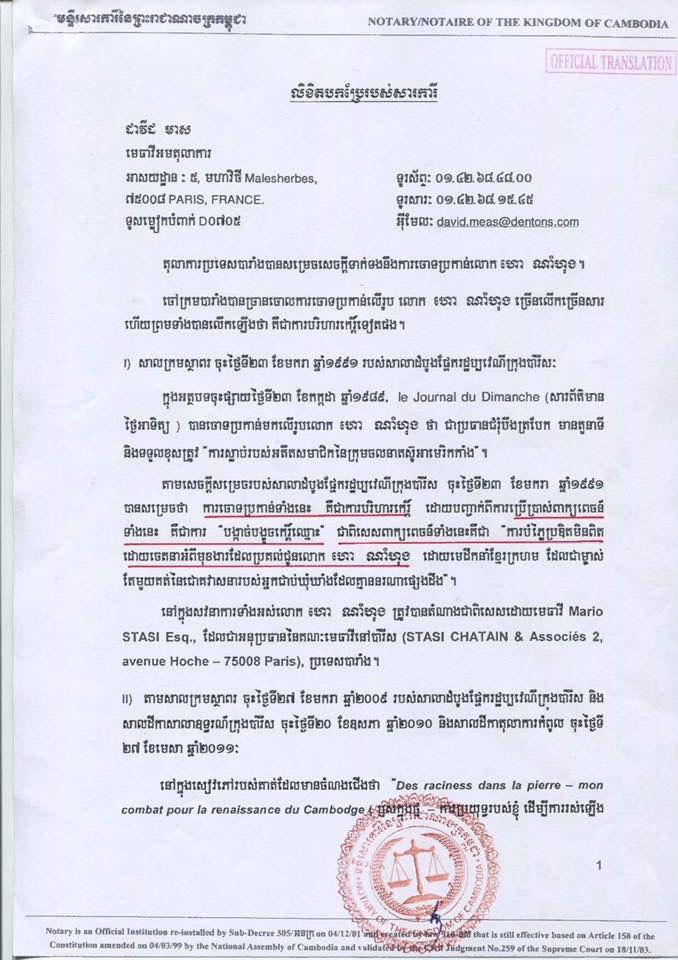 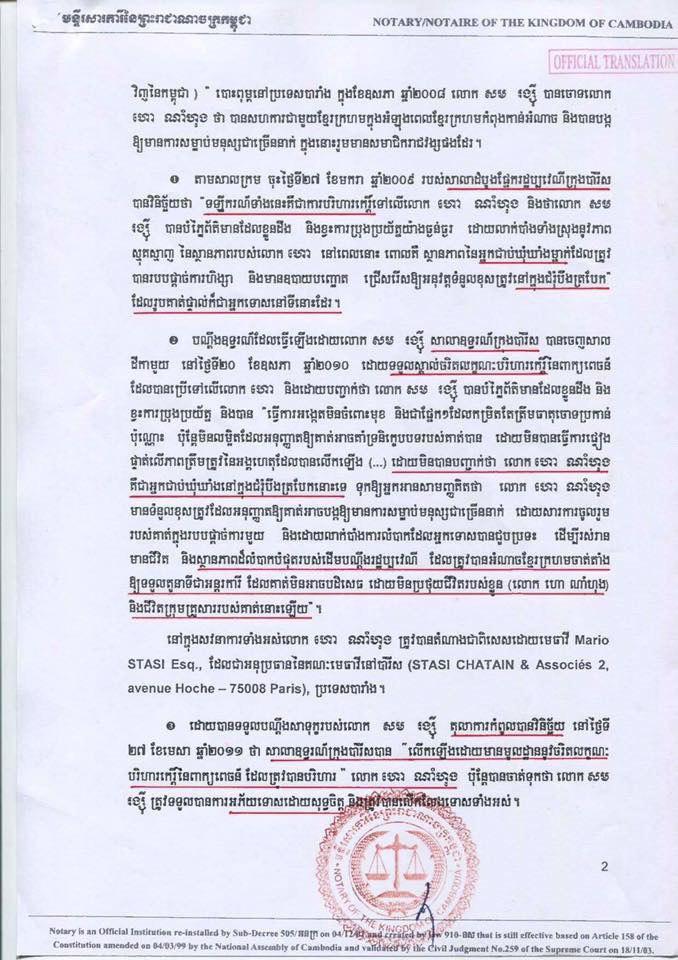 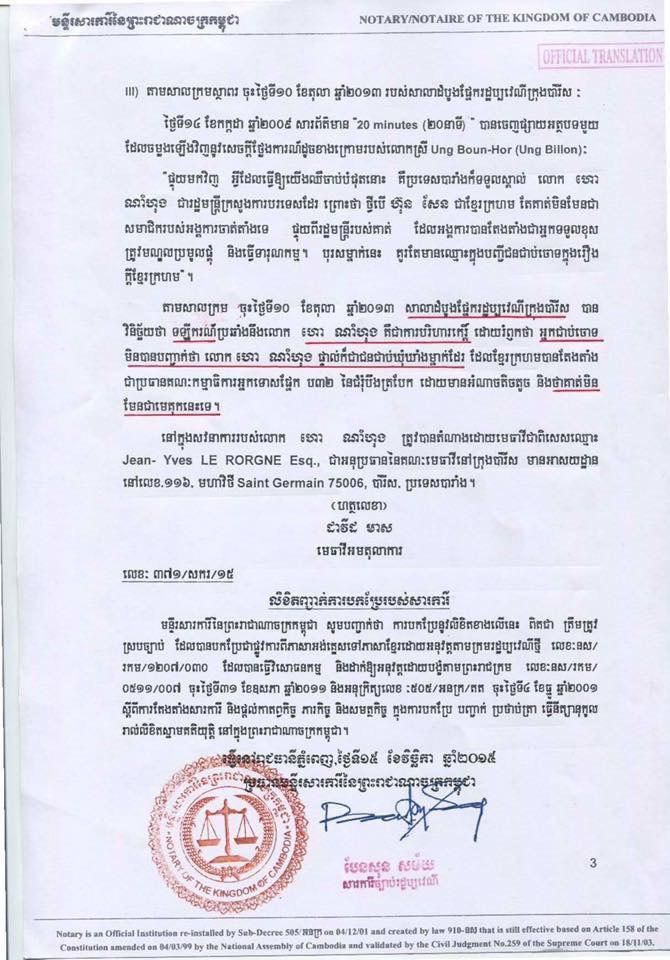 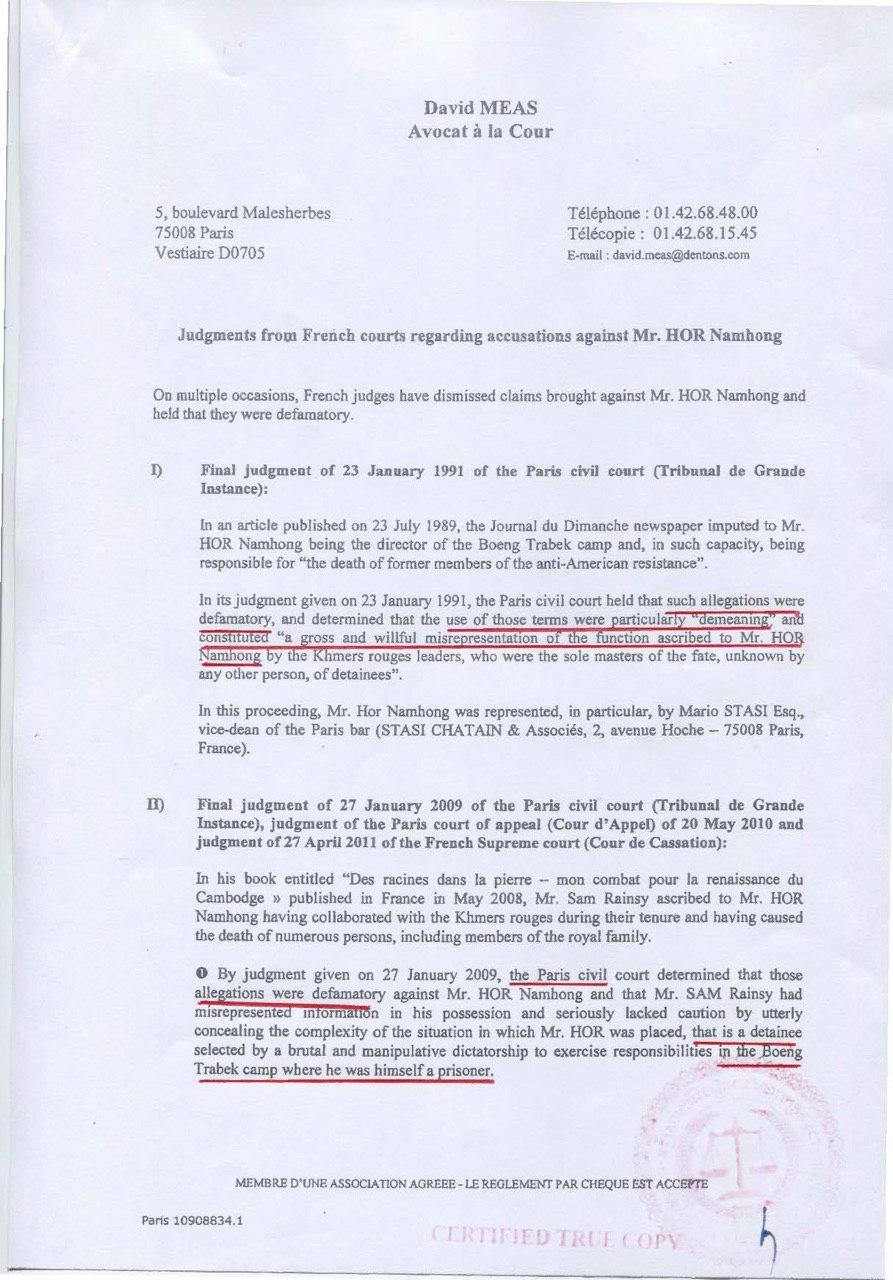 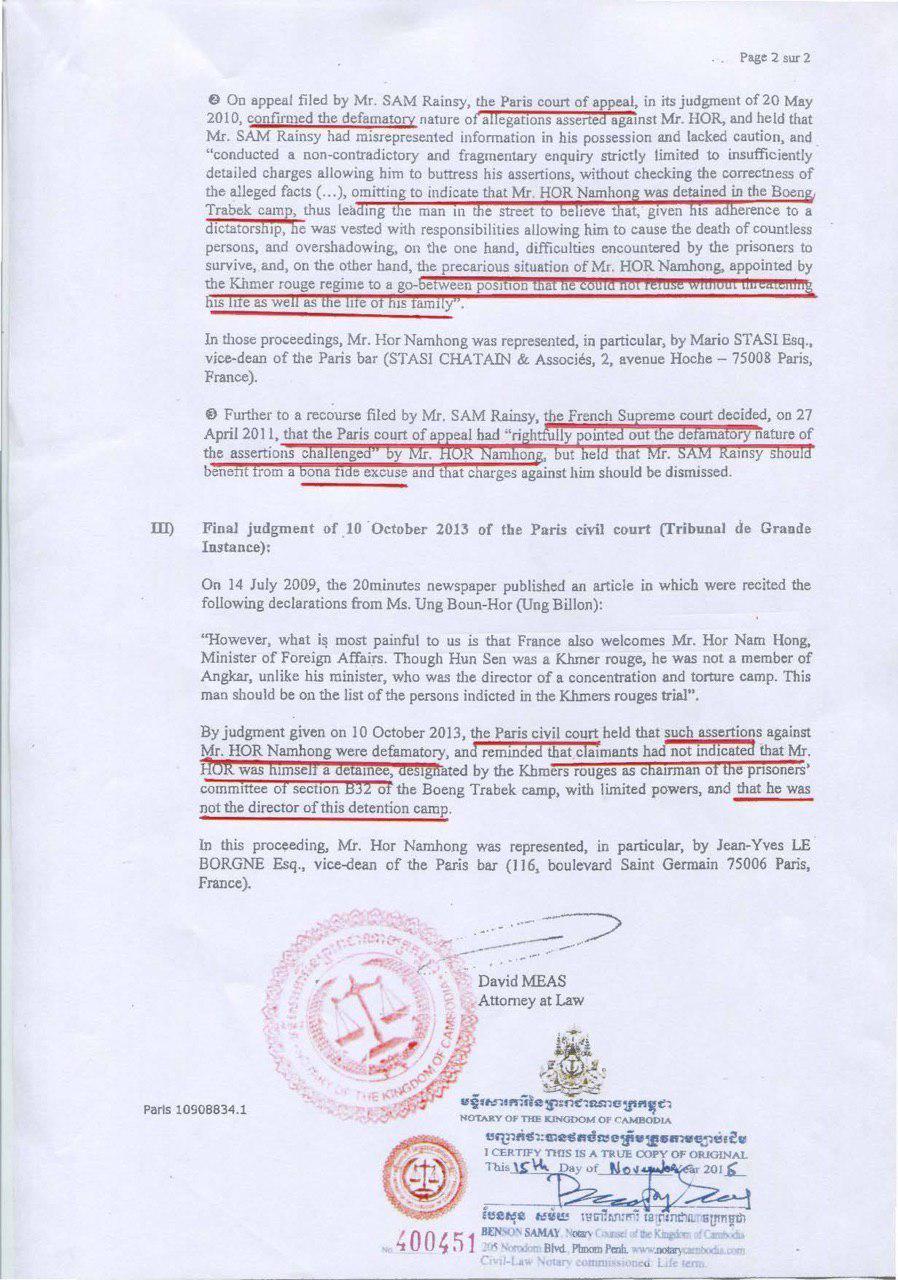 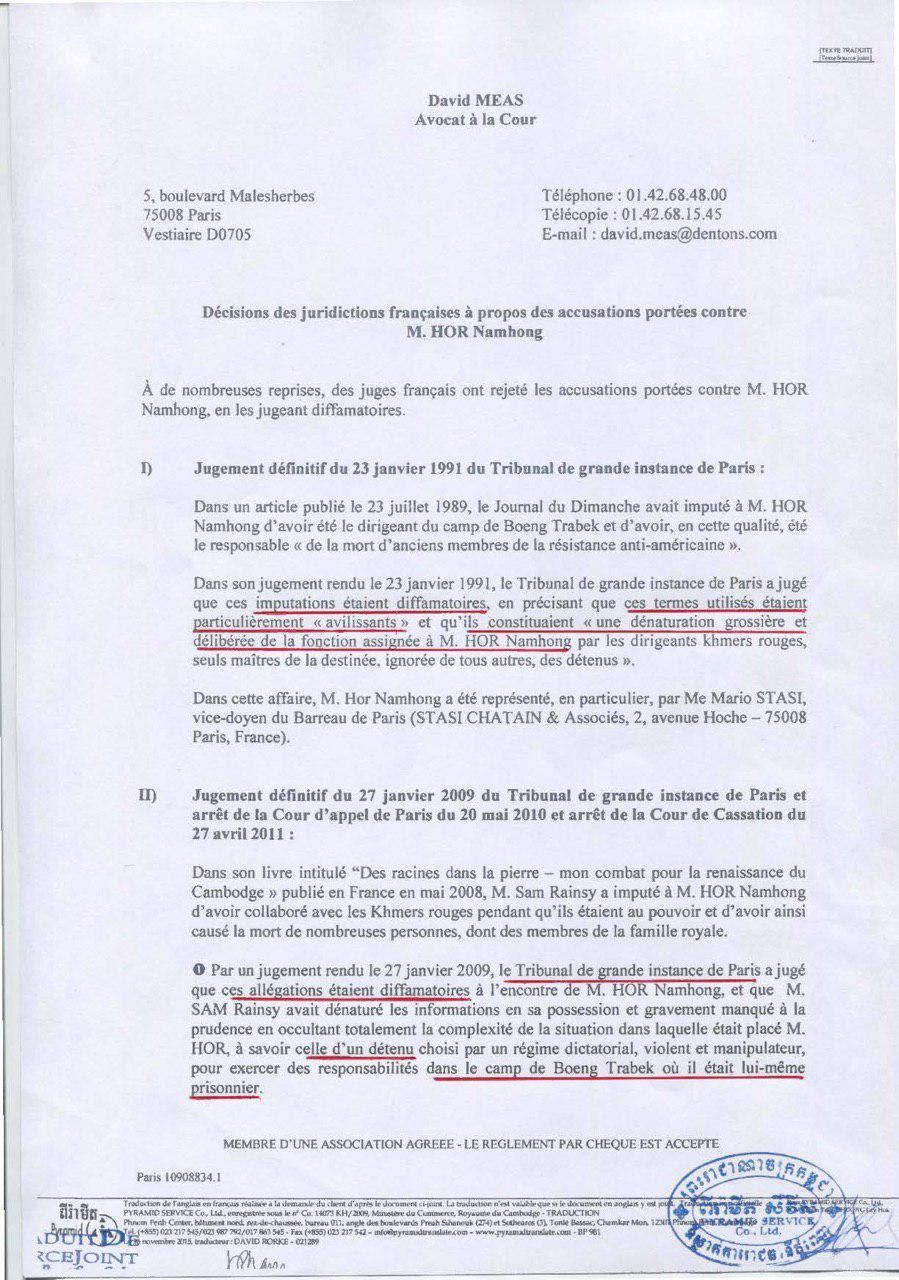 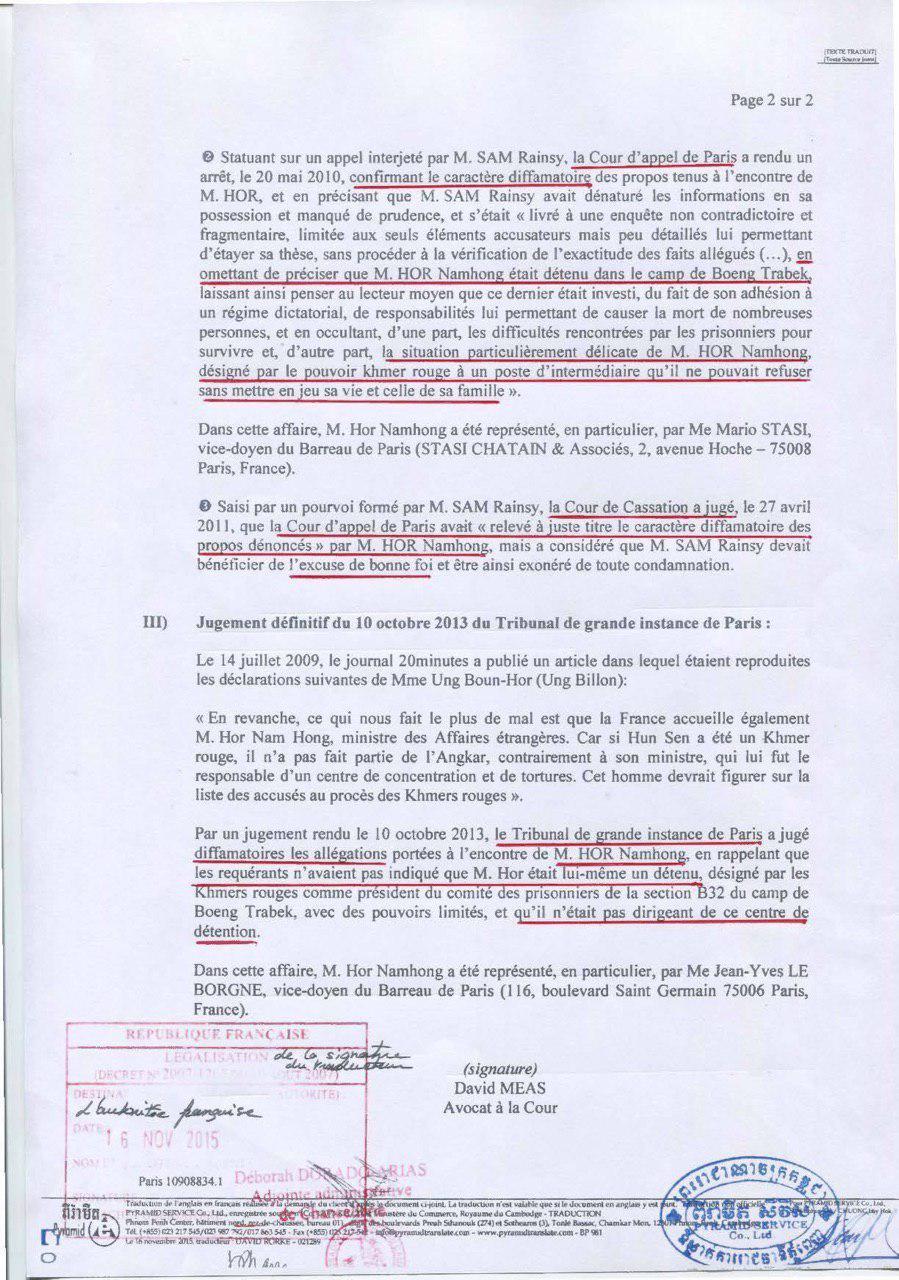