The meeting, hosted by the Cambodian People’s Party, aims to support the development of a concrete plan to strengthen ideas by establishing the CDI Institute, in addition to a discussion of cooperation initiatives and relevant issues, the press release stated.

The meeting took a unanimous decision on submitting a proposal to the CDI Executive Committee for the establishment of the CDI Institute to serve the interest and needs of CDI member parties, it added.

The essence of the meeting leading to the endorsement of the CDI Institute can be explicitly expressed as due to the followings.
- A strong momentum and consensus among CDI leadership and CDI member parties that have recognized the significance of having its own think tank;
- A strong, continuous support by the CDI in favor of the interest of CDI member parties; and
- A tremendous amount of efforts and devotion of CDI member parties worldwide to forge closer and deeper cooperation among themselves, think tanks and scholars, and policymakers through connectivity, dialogues, and exchange of experience and expertise, trade, technology, innovation, and culture.
This major achievement marks a historical milestone of CDI and is attributed to continuous cooperation, critical mass of support, and synergy we have advanced.

CDI also recalled the resolution urging the EU to treat Cambodia fairly which adopted in April 10th 2019 in Brussels.

“We, the members of the Centrist Democrats International (IDC-CDI), urge the European Union (EU) to treat Cambodia fairly with regards to the Everything- but-Arms (EBA) scheme. Cambodia, as a post-conflict and least-developed country, has benefitted from such trade preferential treatment,” CDI wrote in its resolution done in Brussels on 10 April 2019.

According to the resolution, about one million Cambodian factory workers, mainly women from rural Cambodia, have been employed by textile industries which have enjoyed tariff-free and quota- free access to the European market.
=FRESH NEWS 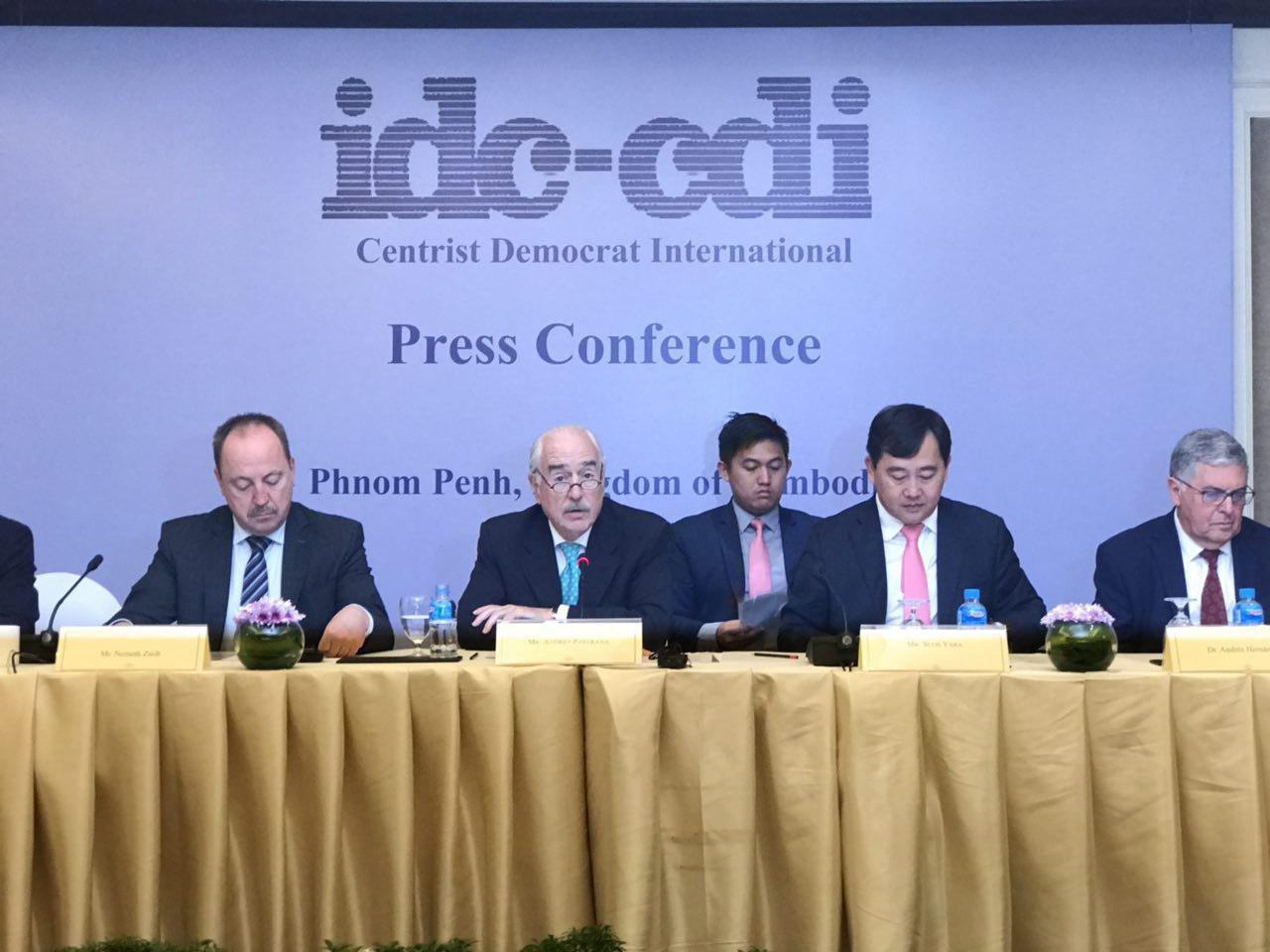 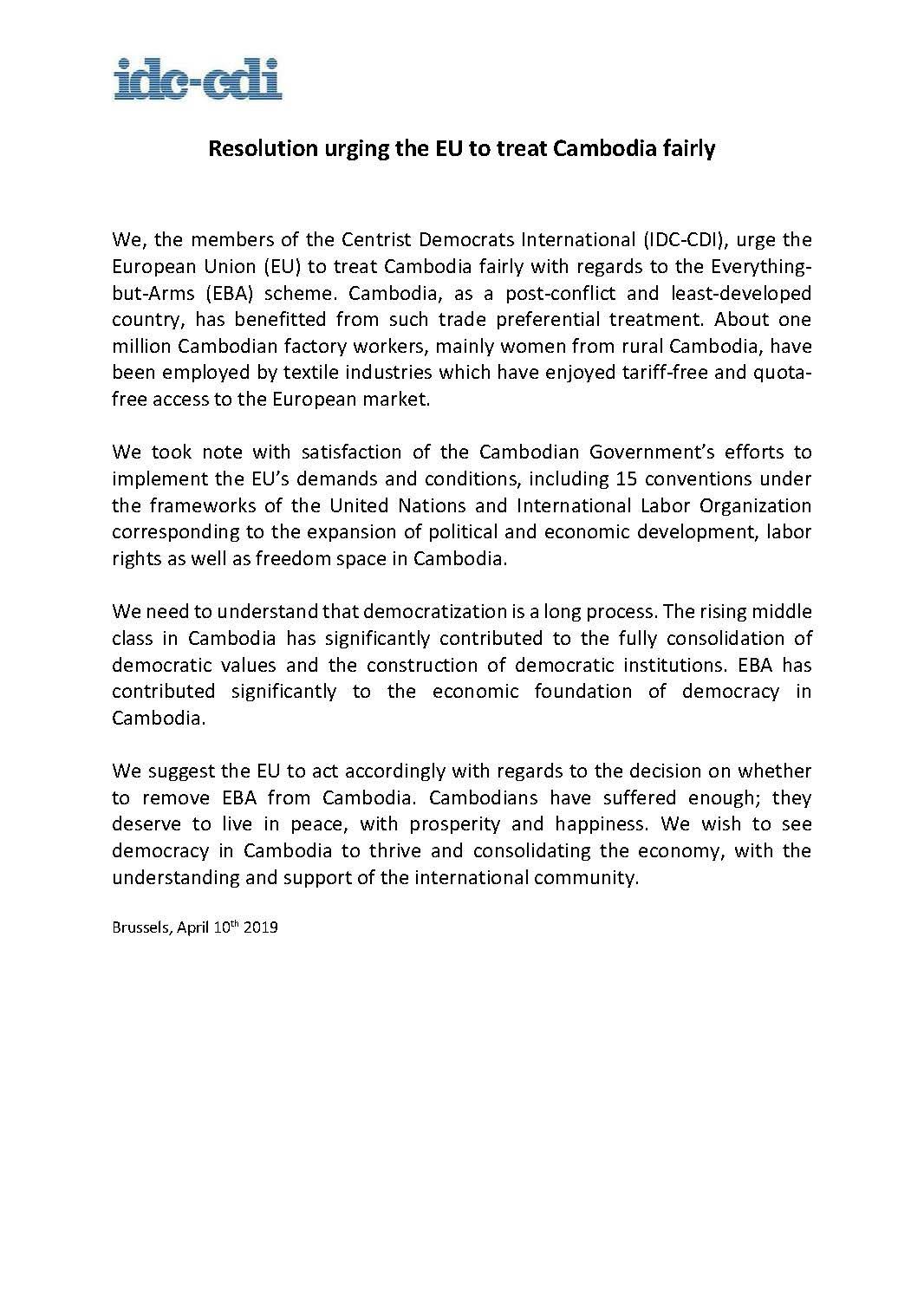