The ministry’s reaction was made in response to US Embassy spokesman’s statement to Reuters.

“The United States has fined several companies for exporting goods via a Chinese-owned special economic zone in Cambodia in a bid to dodge President Donald Trump's tariffs on Chinese imports,” the US Embassy spokesman Arend Zwartjes told Reuters in an emailed statement on Wednesday.

The Ministry of Commerce stated today that: “The US Embassy official’s statement does not have proper ground. The management of SSEZ is implemented under a clear legal frameworks. For a company to operate, it shall be legally registered; have investment license and specific production bases to produce, process, and export; and a master list with details of inputs issued by the Council for the Development of Cambodia, and verified by customs and excises departments.”

SSEZ also denied the allegations and said that an internal investigation had revealed that none of the companies operating in the zone have been fined by the United States, SSEZ general manager Cao Jianjiang told Fresh News on Thursday.

“SSEZ has paid highly attention to this issue and immediately conducted an investigation. The results show that 29 enterprises at present in SSEZ with products exporting to the USA have not been investigated or punished by the U.S. Customs recently,” said. Cao Jianjiang.

“We deeply regret the damage to the reputation of SSEZ caused by the above [embassy’s] false reports,” said SSEZ general manager,” he continued.

SSEZ is located in the west coast of Cambodia, Sihanoukville, 230 kilometers southwest of Phnom Penh. It is created on 17 March 2008 on the 1,113 hectares land plot. At least, 200 factories and enterprises of China, Cambodia, US, Japan, France, South Korea, Ireland, Vietnam and Thailand are producing textiles, clothing, bags and other leather goods and accessories. The zone provides 20,000 jobs to local people.
=FRESH NEWS 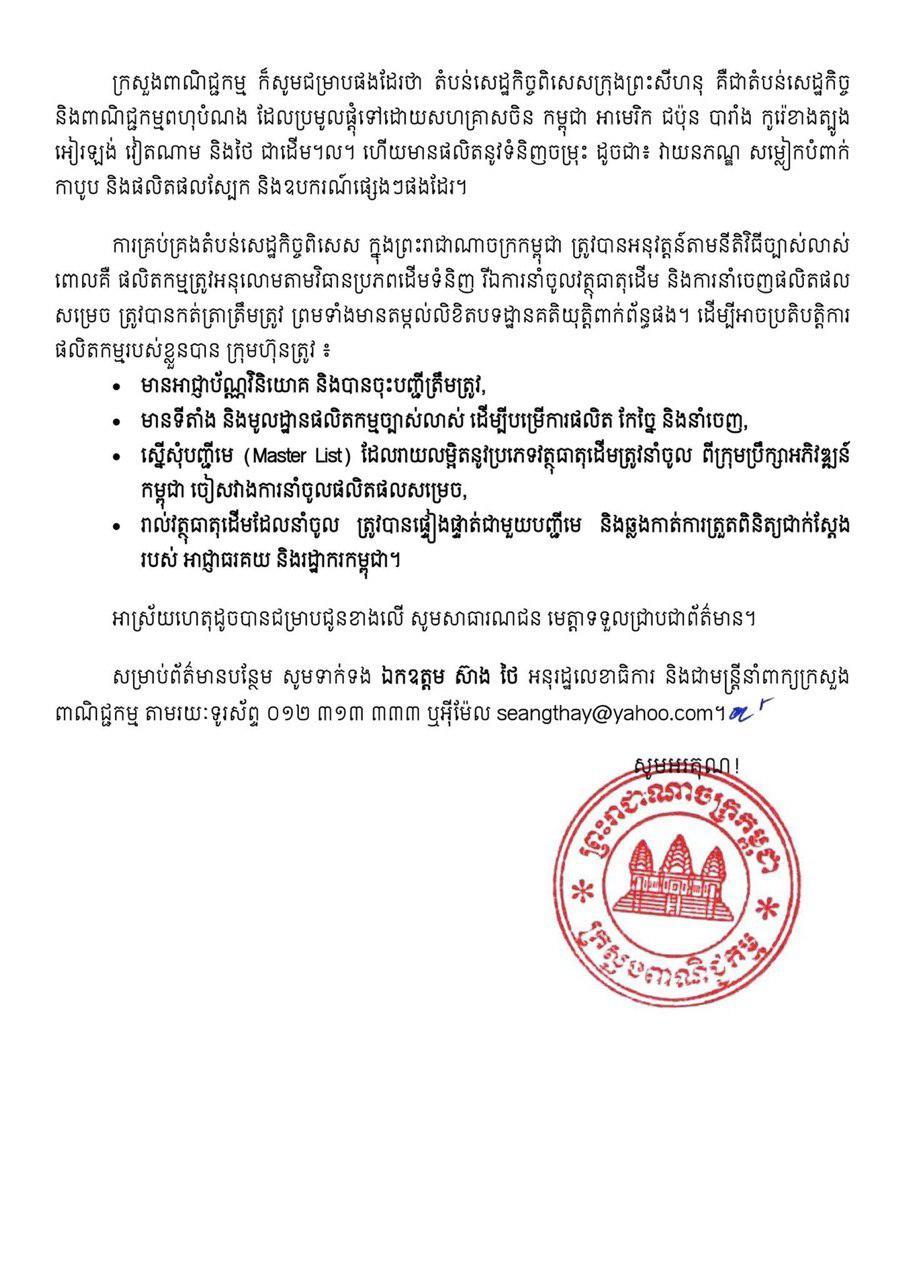