The premier informed WTO leaders and members that: “Cambodia is working closely with 15 other Asian countries to negotiate for the completion in 2019 a Free Trade Agreement (RCEP) in which its 2018 GDP is USD 85 trillion, accounts for 30% of world's GDP.”

The Regional Comprehensive Economic Partnership (RCEP) is an under-negotiation modern and ambitious regional Free Trade Agreement participated by 16 countries: 10 ASEAN Member States, and 6 ASEAN-free trade partners namely Australia, China, India, Japan, South Korea, and New Zealand. This Agreement incepted from the initiative by ASEAN based on consensus in decision making, endorsed for negotiations since 2012 in Kingdom of Cambodia. RCEP comprises a net GDP of 30% of global GDP (2014) with combined peoples of almost half of the global population, 31.6% of global production, 28.5% of global trade, and one-fifth (1/5) of global foreign direct investment flow (2016).
=FRESH NEWS 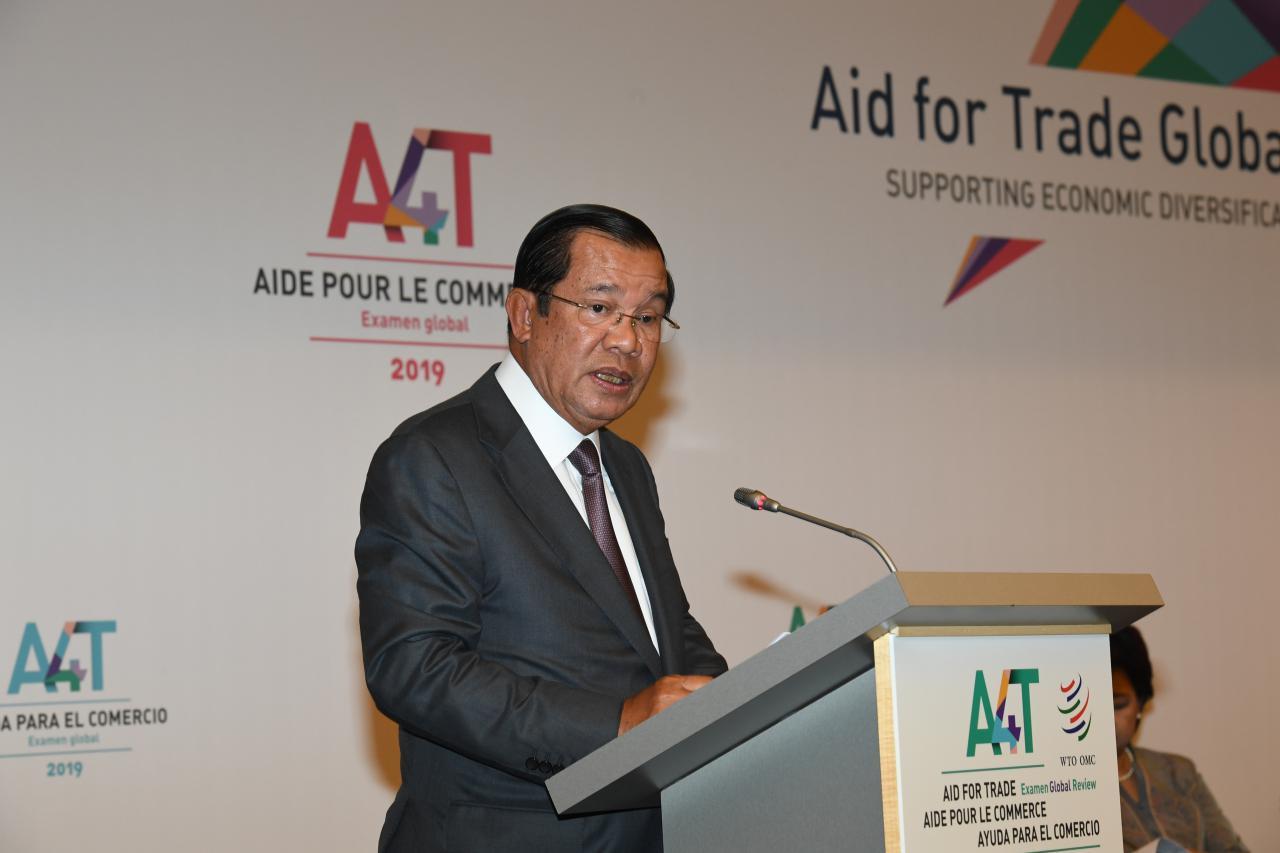 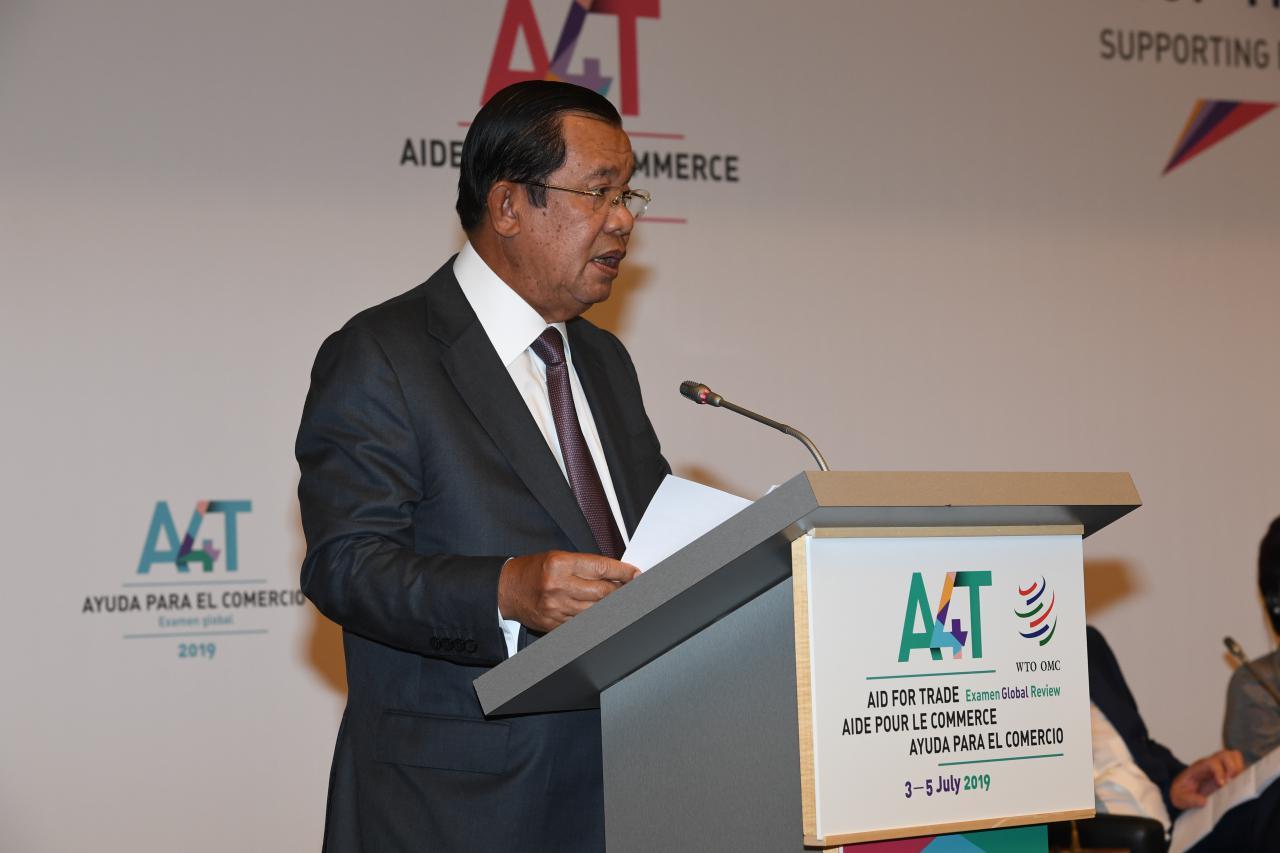 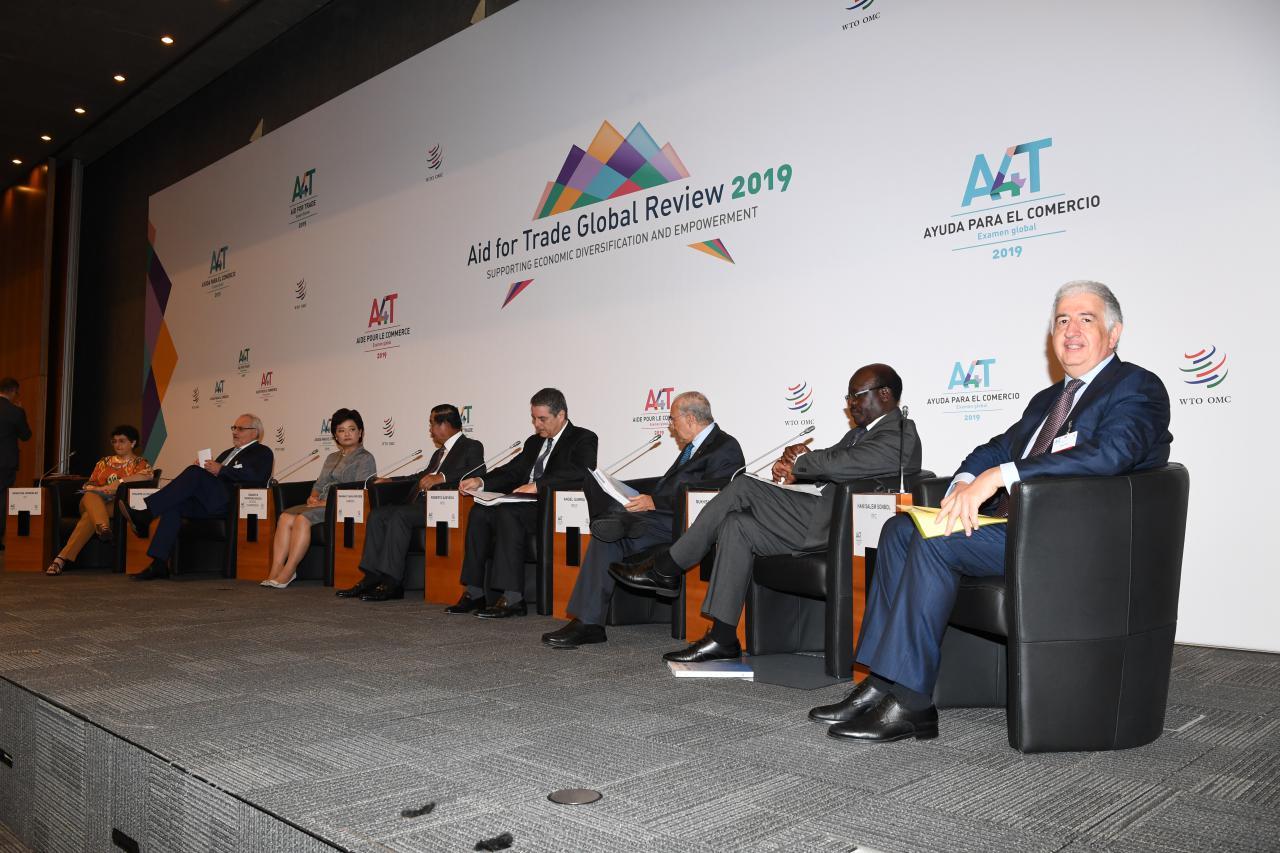 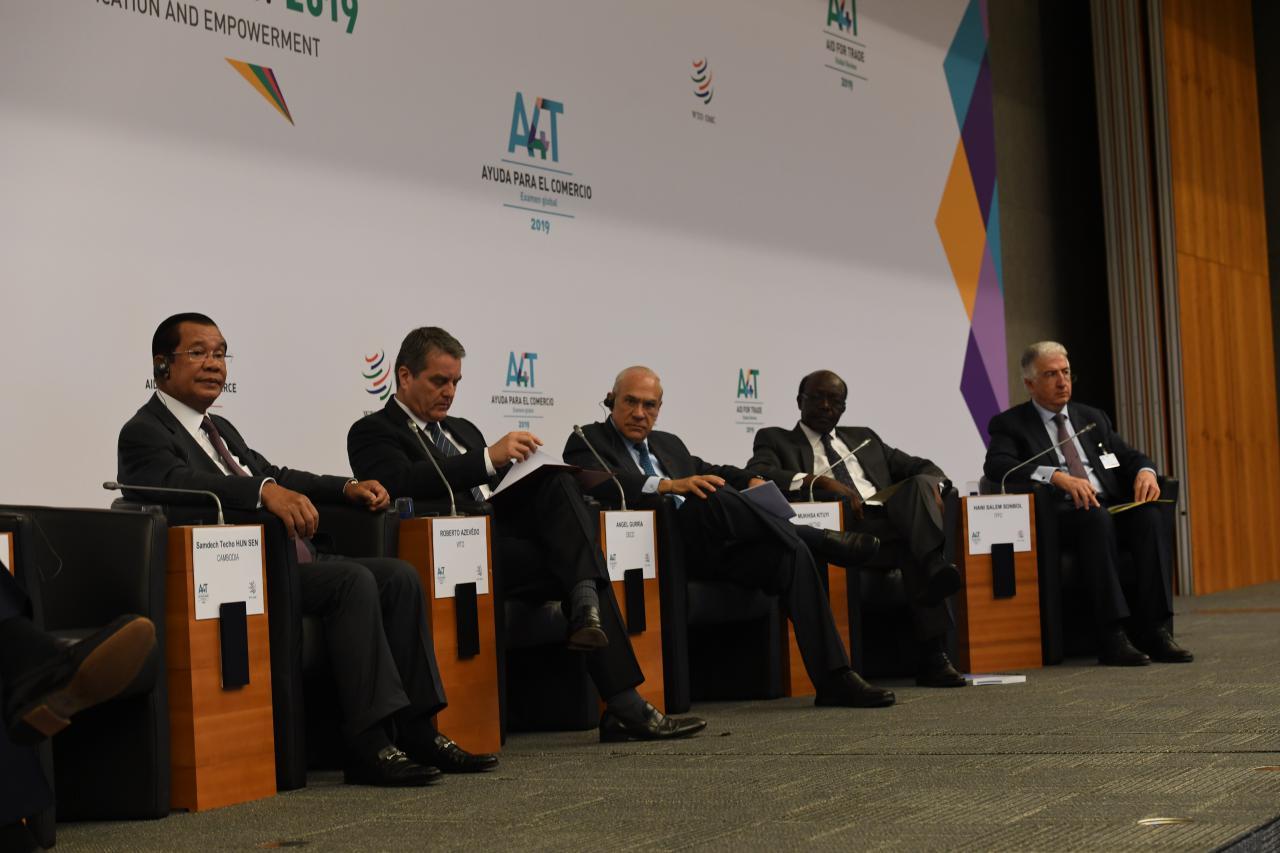 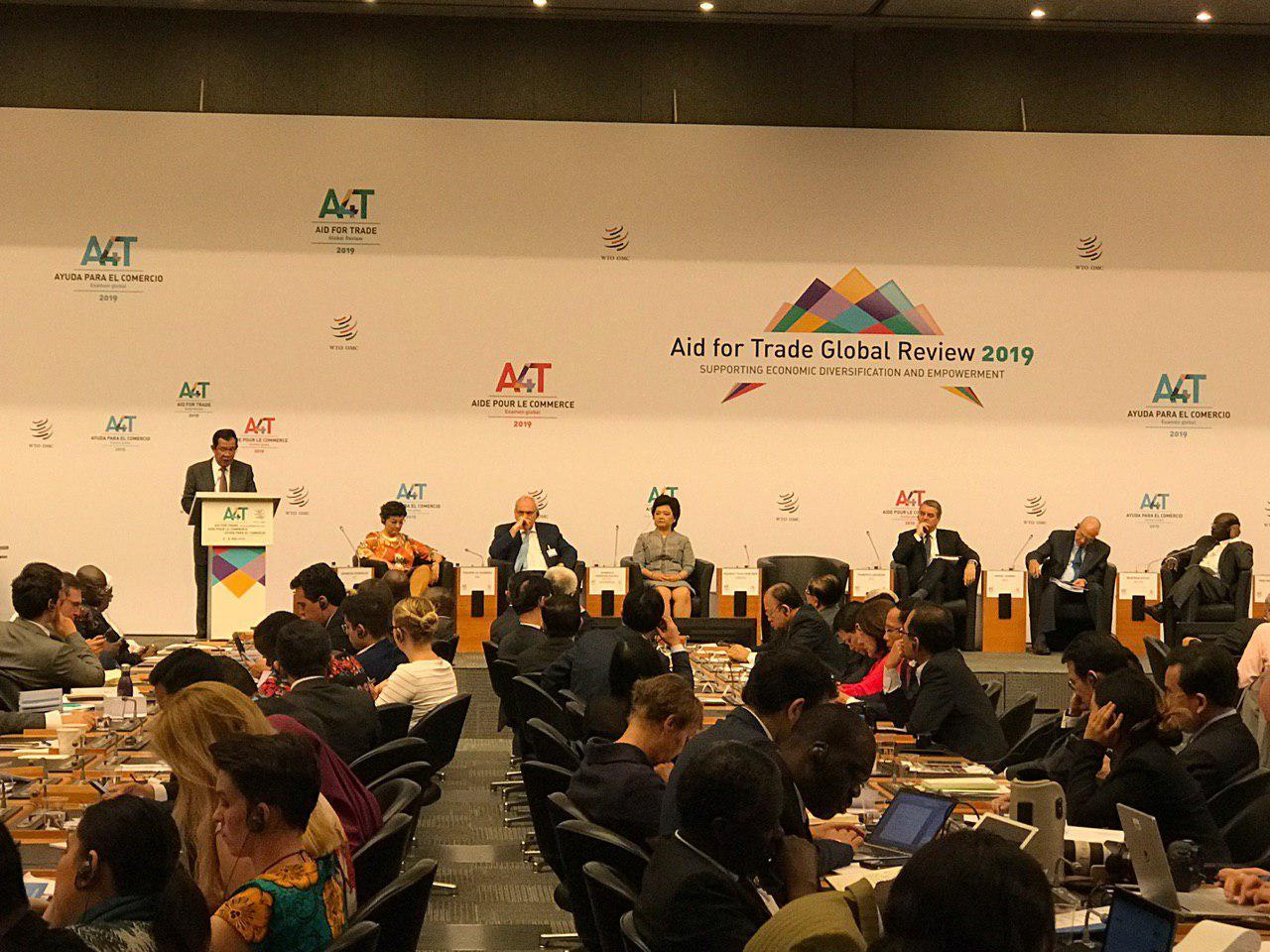 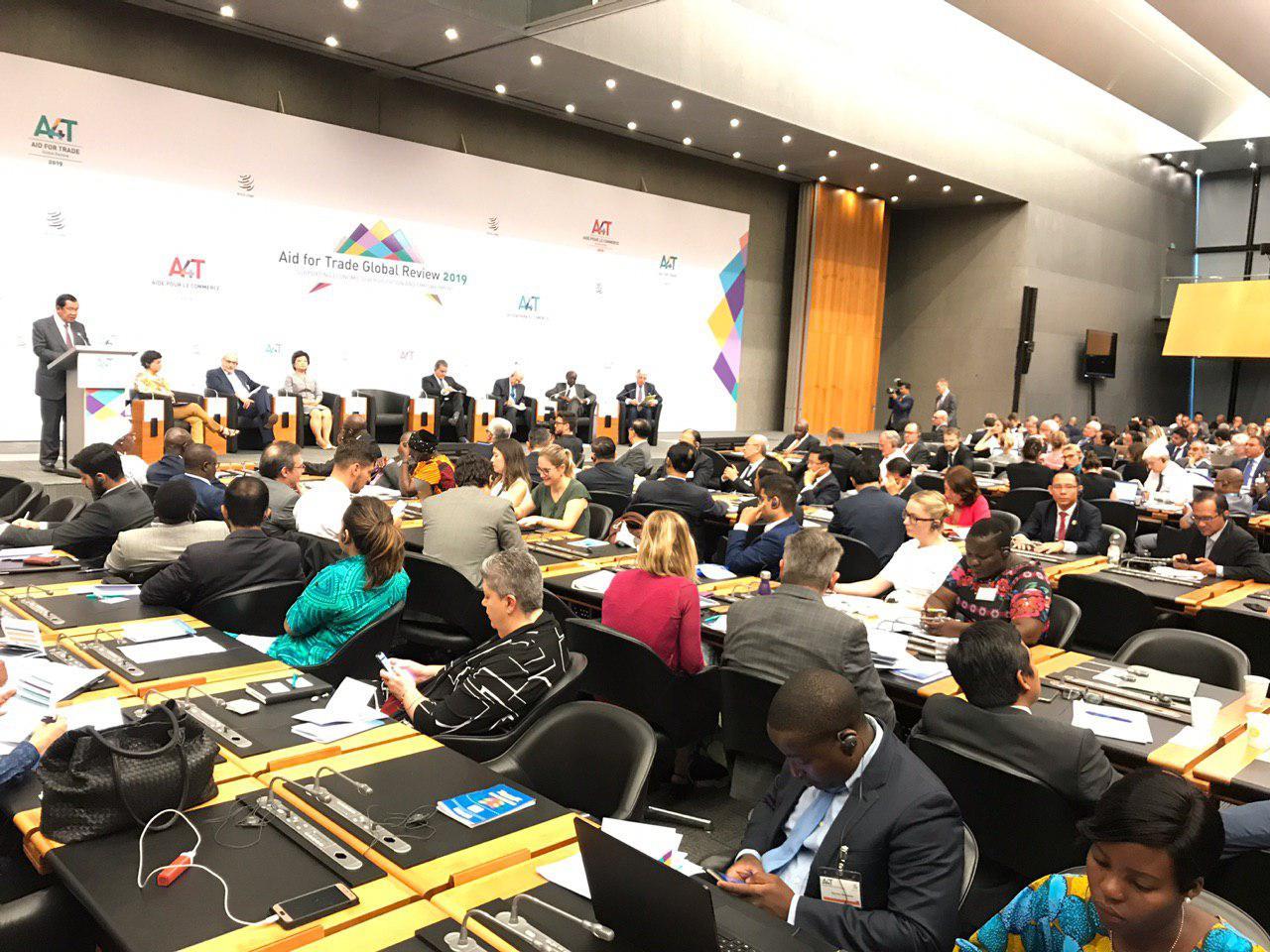 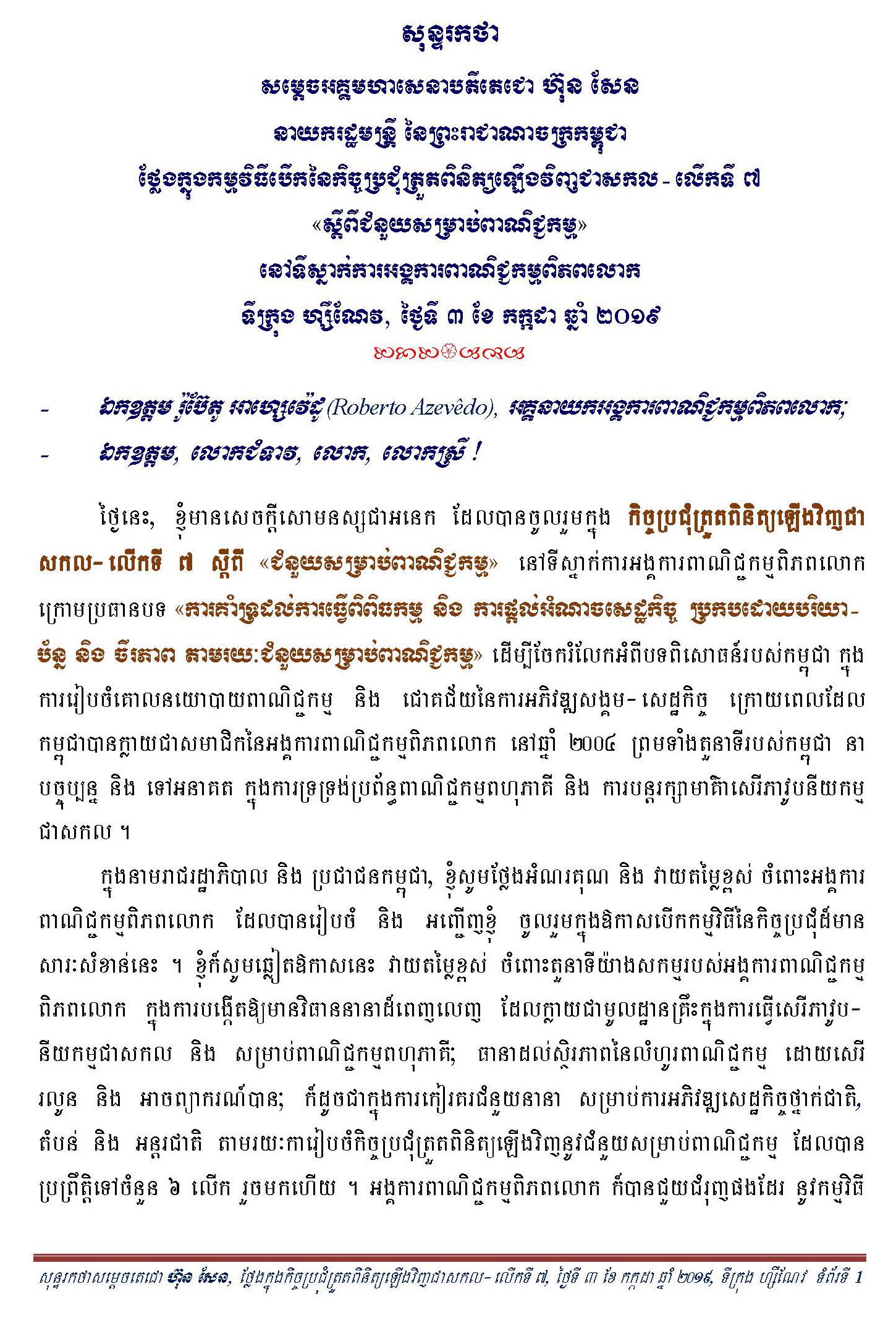 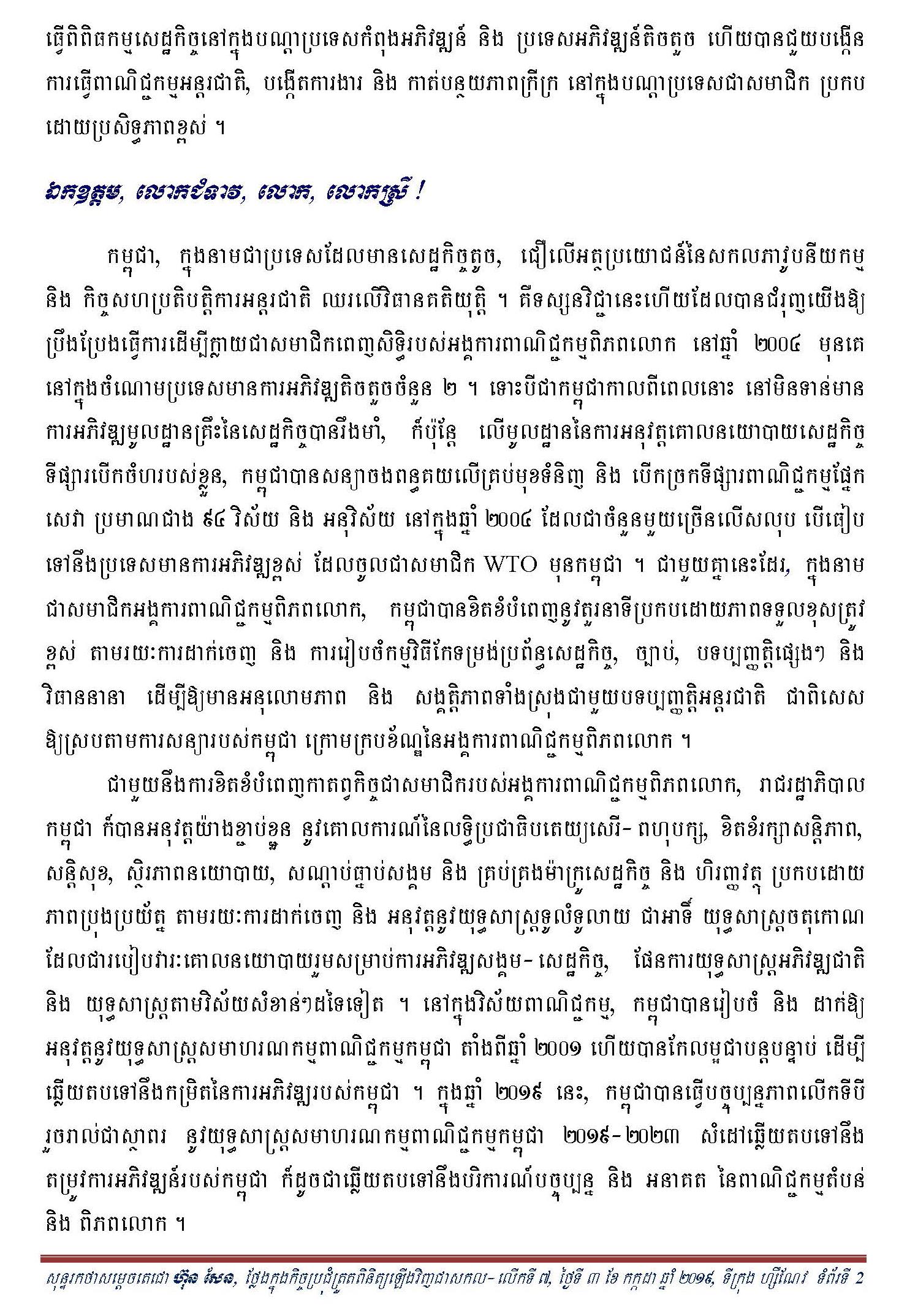 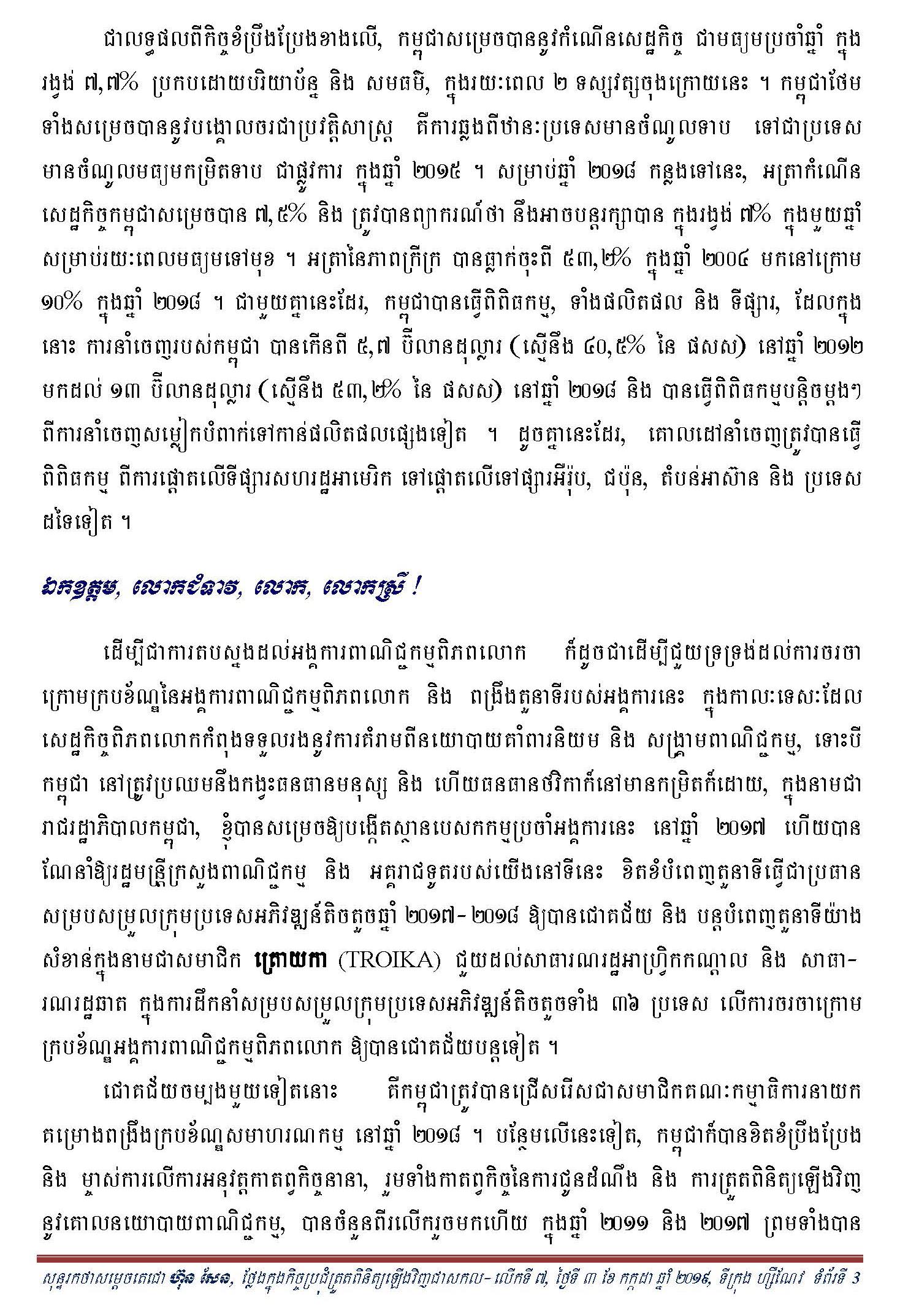 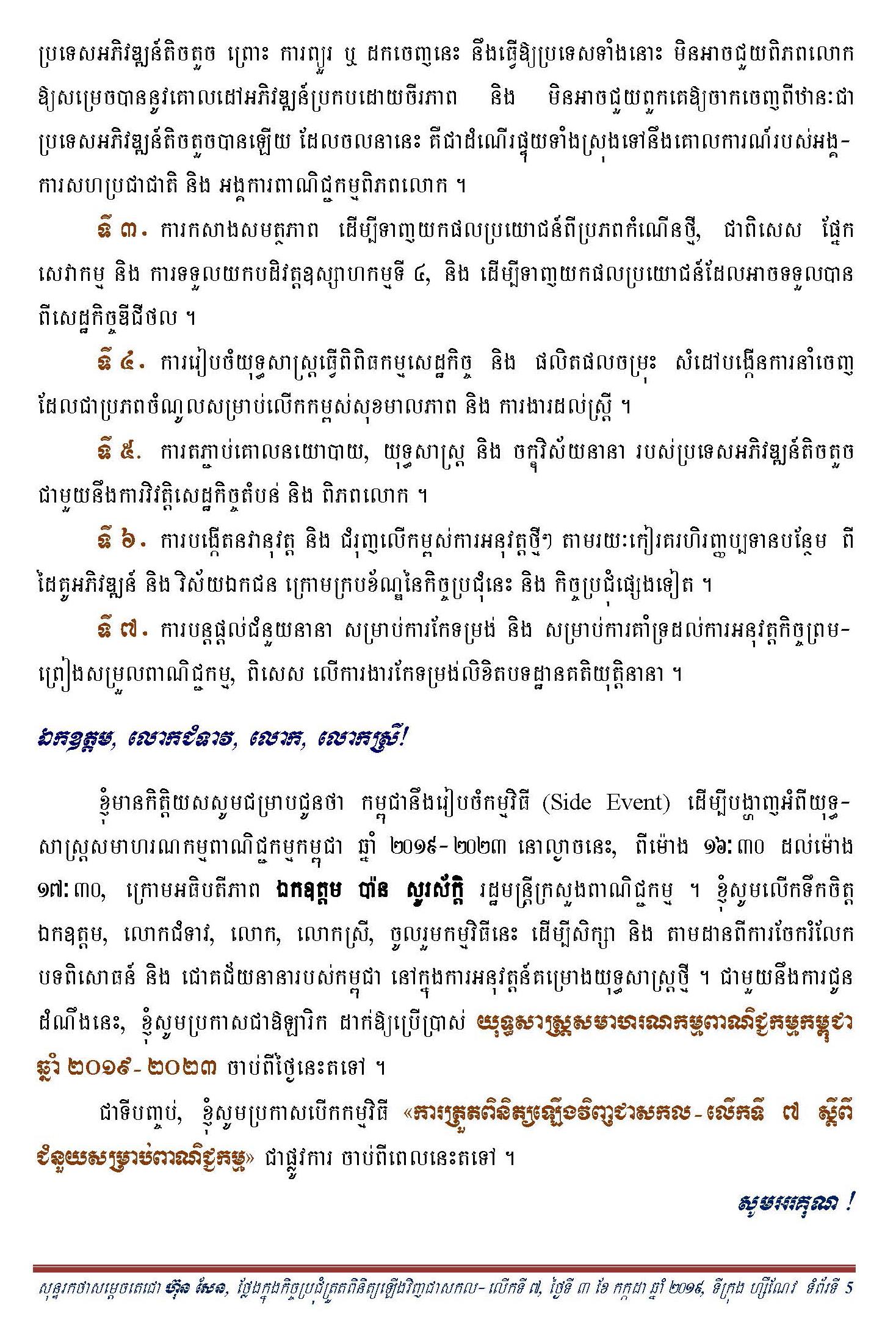