Phnom Penh (FN) July 4 - Dr. Hun Manet, the eldest son of Cambodian Prime Minister Hun Sen, on Thursday 4 July, taunted the dissolved opposition party for failing to protest against the presence of his father in Switzerland.

“I wonder why those [oppositions] who announced to protest against the presence of Prime Minister Hun Sen in Switzerland did not do it during his presence, yet mobilize people to protest when the premier repatriates,” Manet wrote on his Facebook.

“It would be such a waste of time if ones hold protest after the premier repatriated,” he advised.

It is worth noting that Prime Minister Hun Sen led a high-level delegation to attend the "Aid-for-Trade Global Review 2019" at the World Trade Organization In Geneva, Switzerland from 3-5 July 2019.
=FRESH NEWS 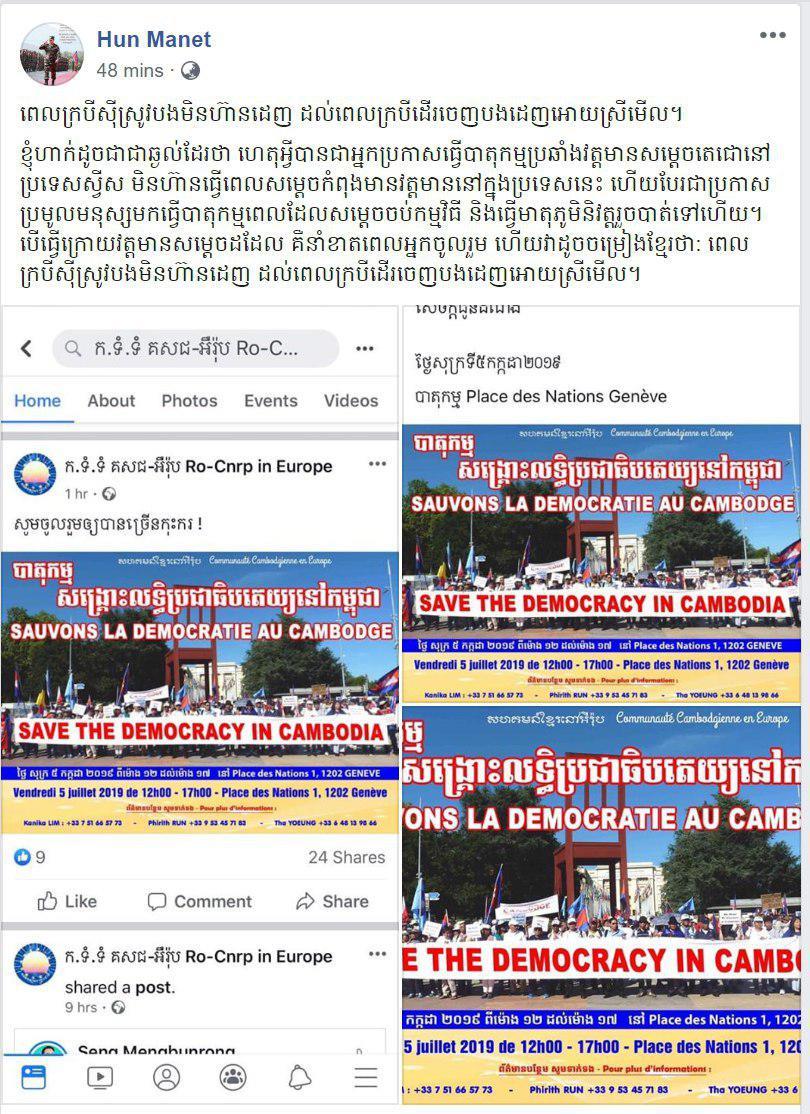