“This plan was supported by [Interior Minister] Sar Kheng, as Sar Kheng also knows that Hun Sen is preparing to remove him,” Rainsy added.

Kheng’s lawyer told Fresh News that the lawsuit was filed since 2 July 2019 and that the PPMC is proceeding the case.
=FRESH NEWS 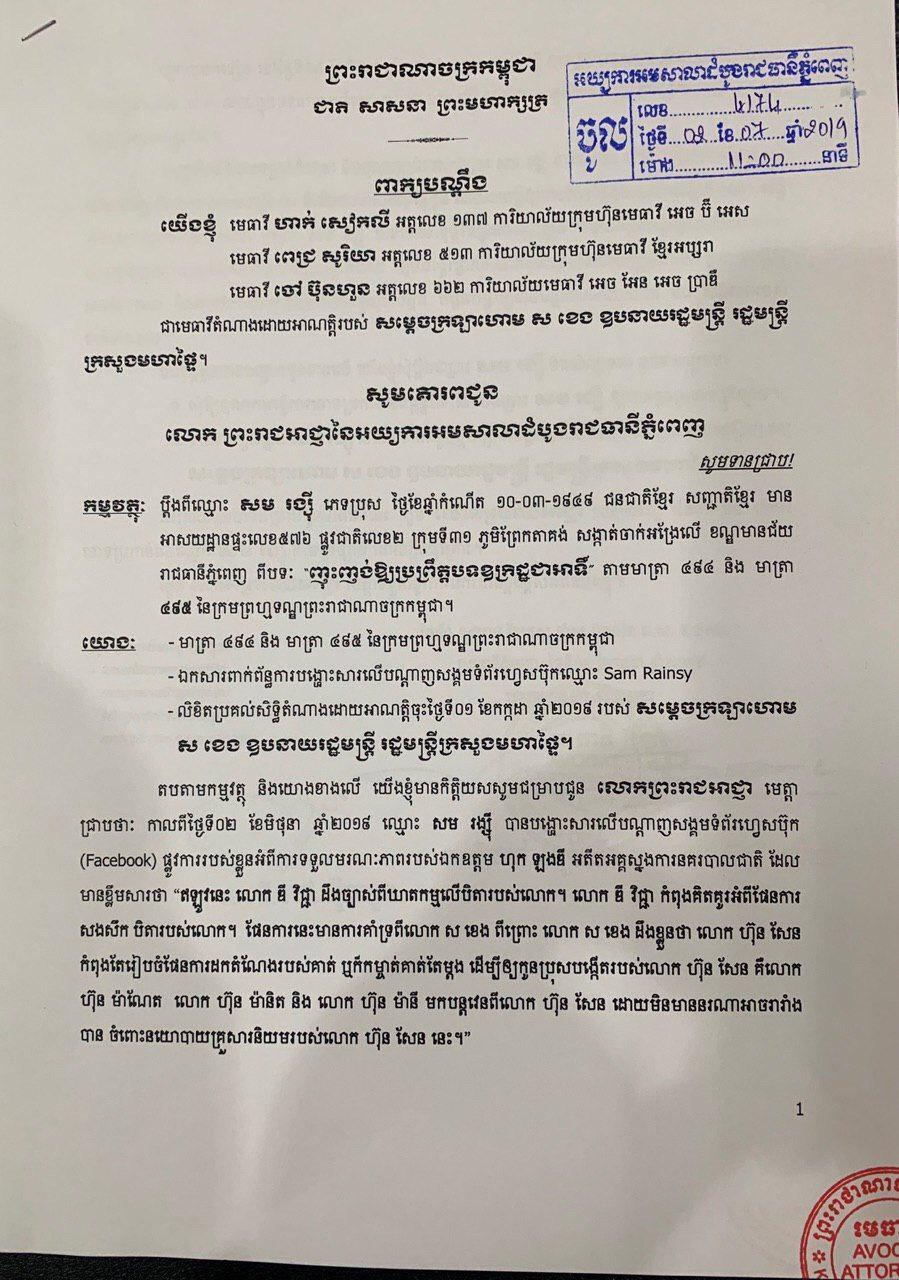 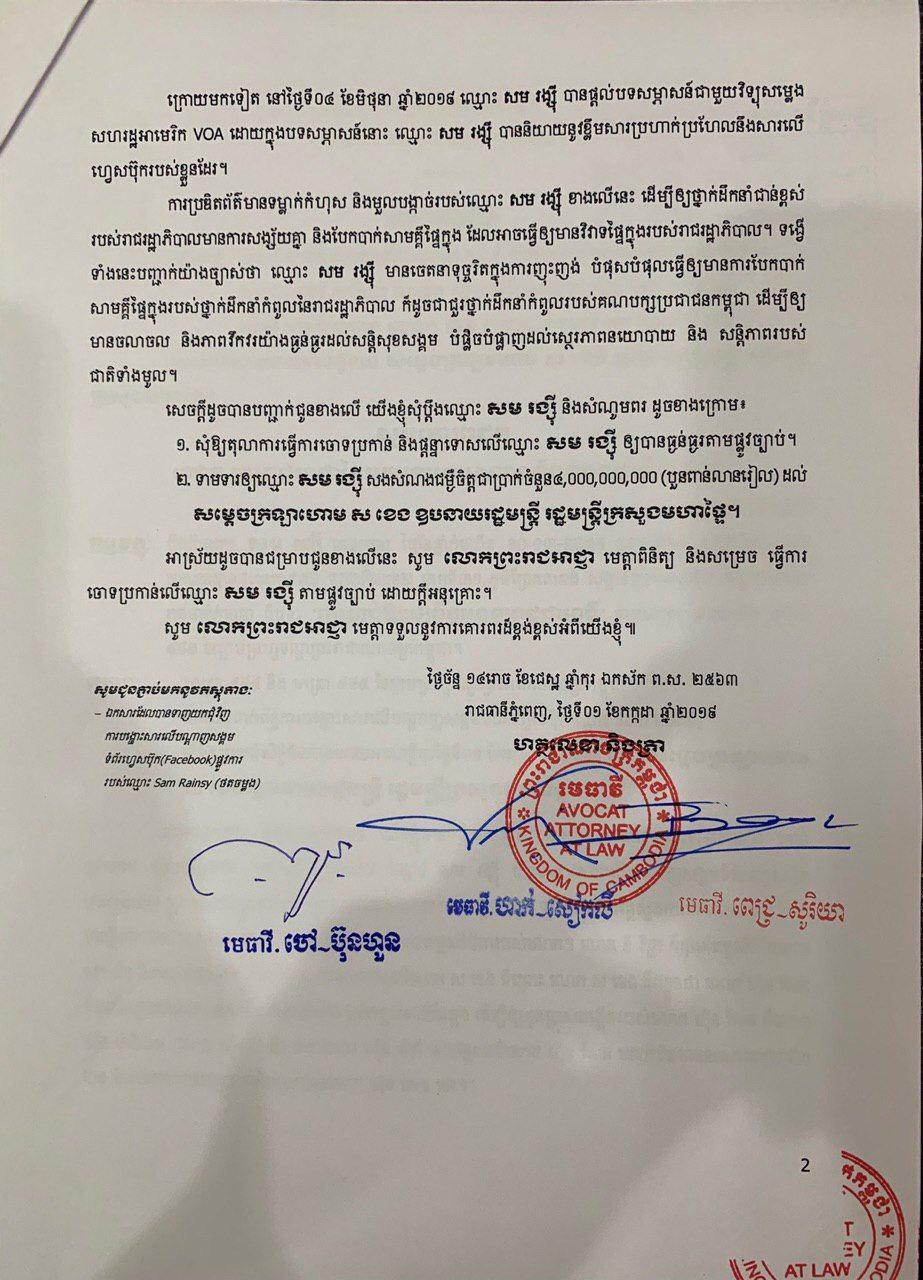