Phnom Penh (FN), July 6 - It is with great surprise that a handful of “European parliamentarians” reportedly announced their intention to escort an escaped convict Sam Rainsy repetitively declaring his return to Cambodia in an undetermined date, the Ministry of Foreign Affairs and International Cooperation wrote in her statement dated Saturday.

“The MoFAIC wishes to recall that Sam Rainsy has been charged of and sentenced with jail terms for many counts, namely treason, incitement to commit felonies, insult to His Majesty the King Norodom Sihamoni, demoralization of the armed forces, just to name a few,” the statement continued.

In this regard, the MoFAIC registers its utmost dismay over such a conduct and categorizes the step, if taken, as undiplomatic and disrespectful to the sovereignty and rule of law of the Kingdom of Cambodia. 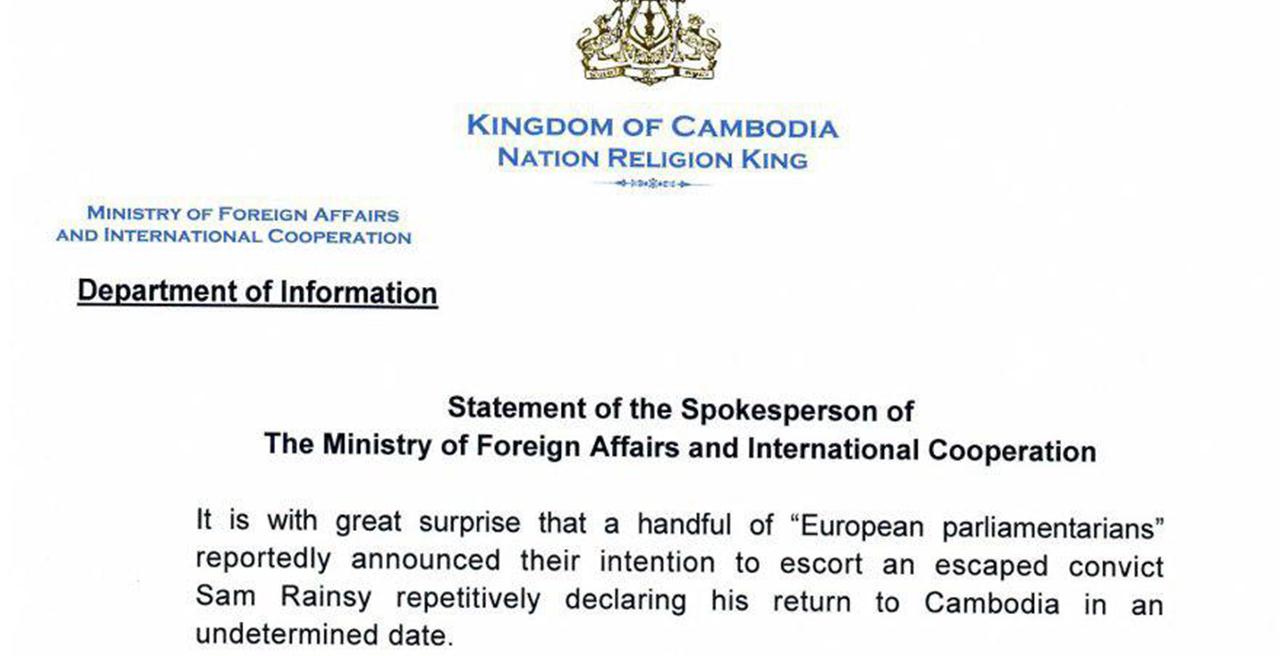 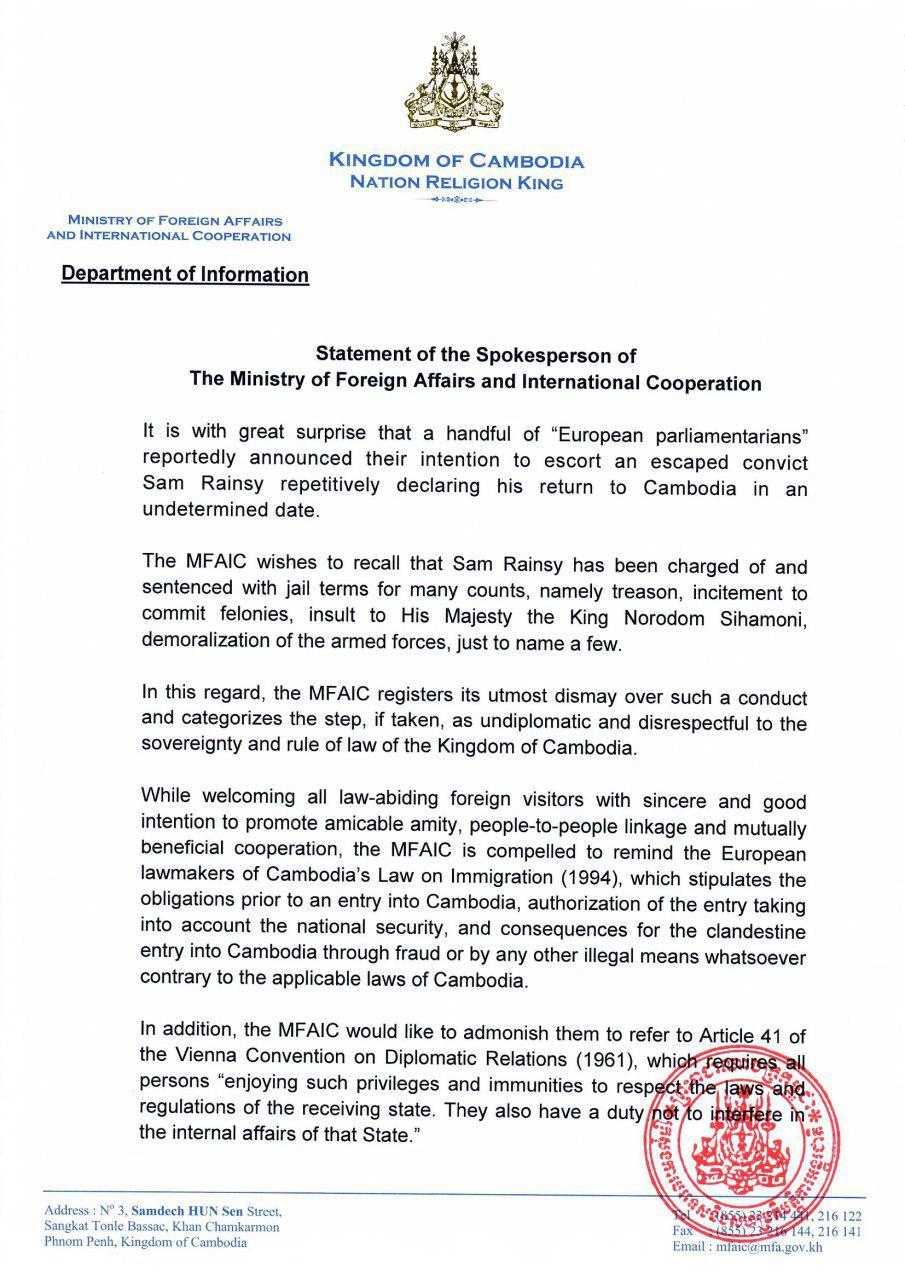