Affected, Not Deterred: US Companies Strengthen Presence in China

Shanghai, July 6 (Xinhua) -- For Ker Gibbs, president of the American Chamber of Commerce in Shanghai, he knows American business in China like the back of his hand.

Known as the "Voice of American Business" in China, AmCham Shanghai, which has 3,000 members from 1,500 US companies mostly operating in Shanghai, aims to strengthen US-China commercial ties through providing relationship-building opportunities.

"Overall, American businesses are doing quite well in China. The relationship itself has been very productive. American consumers have huge benefits from this relationship," said Gibbs in an interview with Xinhua.

His words are echoed by many US companies doing business in China. They believe openness, cooperation and joint development are the right approaches for both countries.

A survey jointly conducted by AmCham China and AmCham Shanghai in May showed that 74.9 percent of respondents said the increases in US and Chinese tariffs are having a negative impact on their business.

The impact of the tariffs is felt through lower demand for products, higher manufacturing costs and higher sales prices for products, according to the survey.

"It tells you that this trade war is hurting everybody," said Gibbs.

Far from abandoning the market, some US companies are actually expanding their business presence in China, counting on the long-term growth of the Chinese market.

Dow Inc., a US materials science giant that has been operating in China for 40 years, broke ground last month on a new silicone specialty resin line in Zhangjiagang City of eastern China's Jiangsu Province, one of the largest in the Asia Pacific, to meet growing needs for high-performance materials from segments including transportation, home and personal care and consumer electronics.

"China is not only a strategic market, manufacturing and innovation hub for Dow but also an important part of the international supply chain of Dow," said Dow CEO Jim Fitterling, who attended the groundbreaking ceremony.

For US coffee giant Starbucks, China is its largest and fastest-growing international market. The Seattle-based coffee chain has planned an ambitious expansion in China by doubling its number of coffee shops to 6,000 by fiscal year 2022.

"Our surveys have consistently told us that American companies view China as one of their top markets for growth. For global companies, the China market is indispensable," said Ker Gibbs, president of AmCham Shanghai.

US industrial conglomerate General Electric Co. (GE), one of the first multinationals to enter the Chinese market over a century ago, sees tremendous opportunities provided by China's economic restructuring and high-quality development.

Duan noted that, over the years, GE has invested more than 1.2 billion US dollars in Shanghai, its headquarter in China, benefiting from China's market vitality, industrial upgrade and preferential policies on capital, talent and land.

"China's determination to reform and open-up has given us confidence in expanding our business in China," said Duan, GE's first home-grown CEO in China.

For Dow CEO Jim Fitterling, he believes China's sustainable urbanization is a great opportunity for the company.

"To support the 300 million people expected to move to cities in the next two decades, China will need to offer energy efficient and comfortable housing, advanced infrastructure and clean air and water -- several challenges which match Dow's product offerings," he said.

A land of innovation

As a veteran businessman who has been living in China for years, Ker Gibbs said China is a very good place to do business and a great place for innovation.

"Anyone saying that China is not innovating is just not paying attention because there is a lot of innovation here, especially in technologies and mobile," said Ker Gibbs, president of AmCham Shanghai.

In the meantime, US firms are also innovating their business to adjust themselves to the Chinese market, developing the strategy of "In China, for China."

"In China, for China" is a strategy to localize manufacturing and sourcing within China to mainly serve the China market. Such strategy constitutes a rational choice for many companies to insulate themselves from the effects of tariffs while maintaining their ability to pursue domestic market opportunities.

Customers are invited to immerse themselves in the first Starbucks augmented reality (AR) experience, which is accessible through the custom-designed Shanghai Roastery digital web-app platform or on Alibaba's Taobao app, by simply pointing their mobile devices at key features around the Shanghai Roastery to bring to life information about the Starbucks bean-to-cup story.

"Thanks to the elevated customer experience delivered by our over 53,000 partners, Starbucks is growing and innovating faster in China than anywhere else in the world," said Kevin Johnson, president and chief executive officer at Starbucks Coffee Company.

Talking about China's economic prospect, Gibbs suggests China to further keep its market open and ease market access for global companies, adding that US companies are investing behind the idea that China will rise and continue to rise.

"In the business context, when we look at China's rise, we are not afraid of it; in fact, we are predicting it, and we are counting on it," he said.
=FRESH NEWS 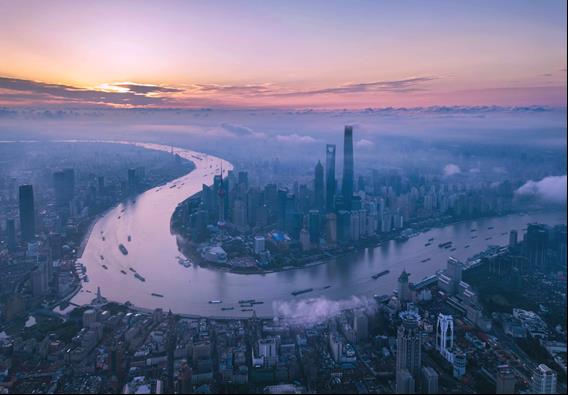 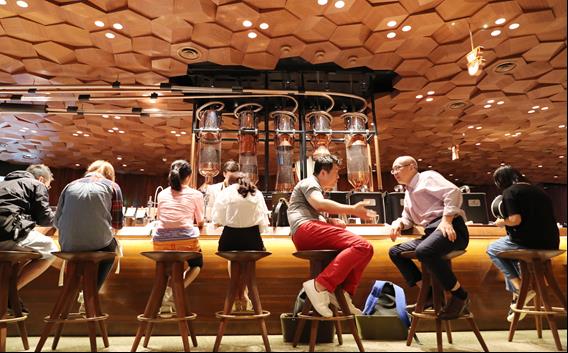 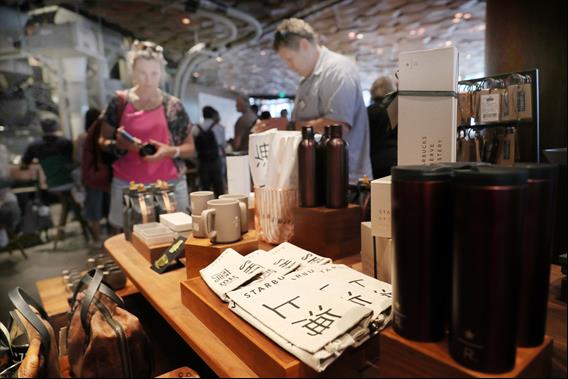