Phnom Penh (FN), July 8 – African swine fever has continued to spread to Svay Rieng and Takeo provinces of Cambodia, Tan Phanara, the director of the Animal Health and Production department within the Ministry of Agriculture, Forestry and Fisheries, told Fresh News on Monday.

He said as of 8 July, the fever has hit pigs in four provinces, including Rattanakiri, Tbong Khmum, Svay Rieng and Takeo – all of which are eastern parts of Cambodia bordering Vietnam.

Ministry of Agriculture, on late Tuesday, 4 July, announced to destroy all the pigs in two villages of Kompong Serey and Soy of Ou Reang Ov district of Tbong Khmum province; and temporarily halt the rearing of pigs, buy-sell, and transports of pigs and pork. 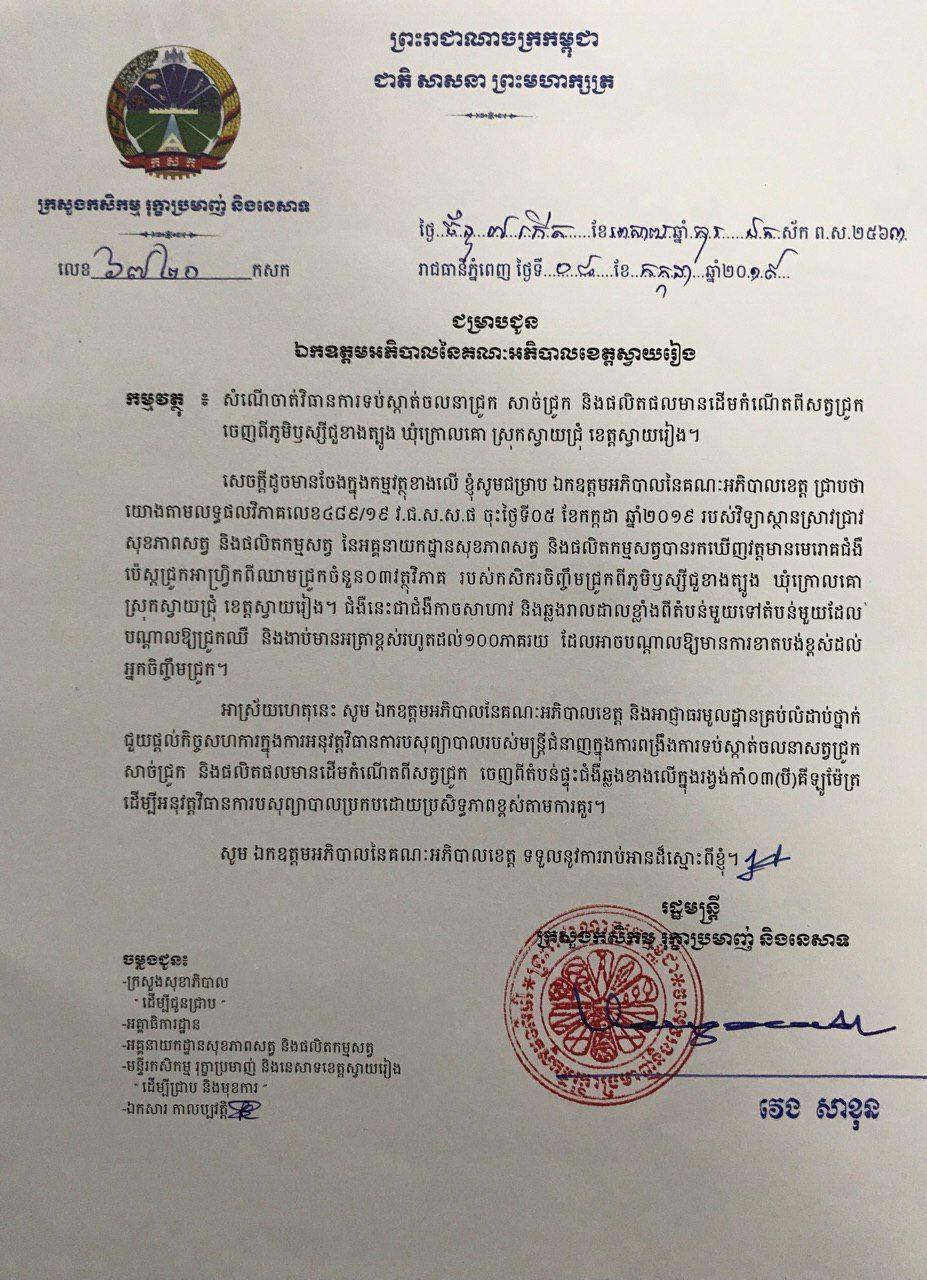 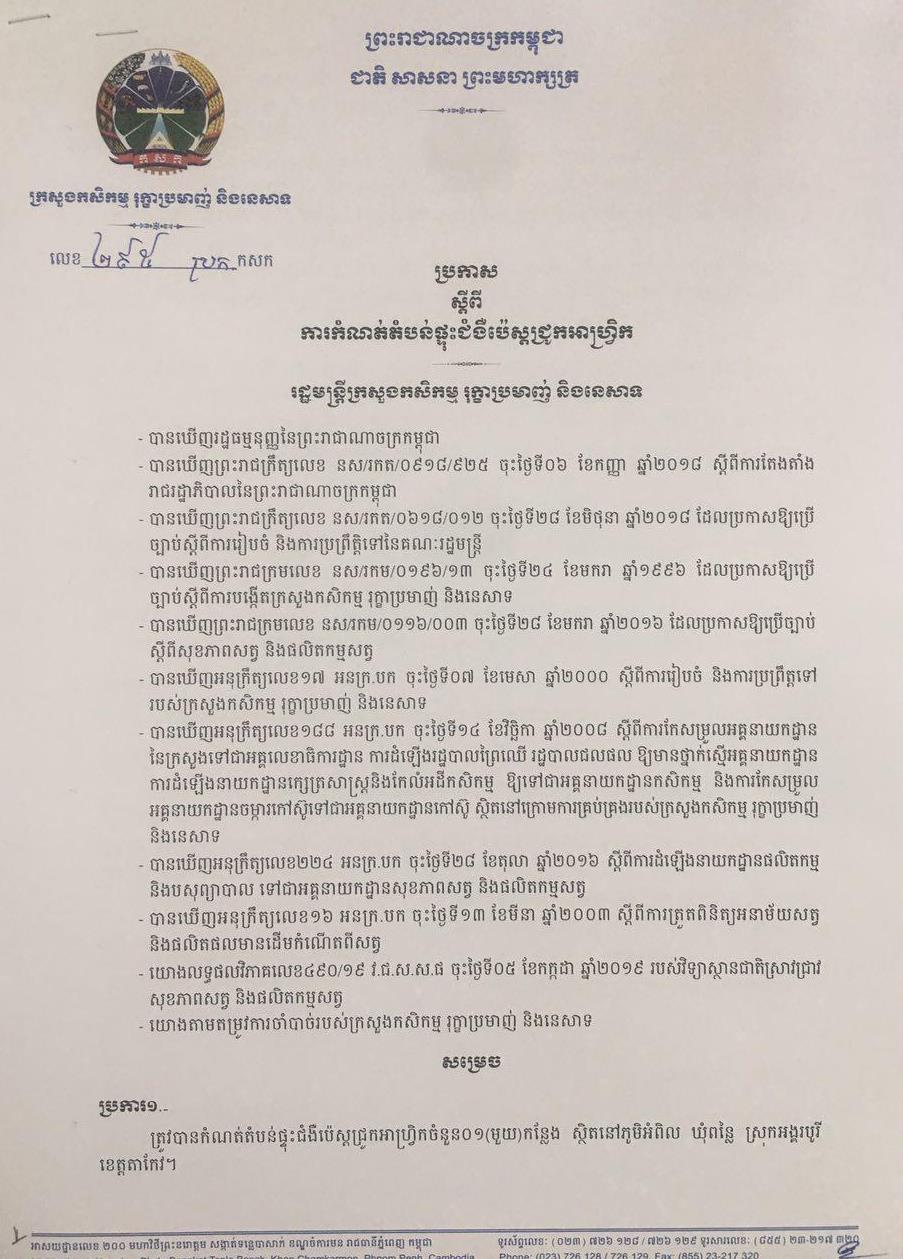 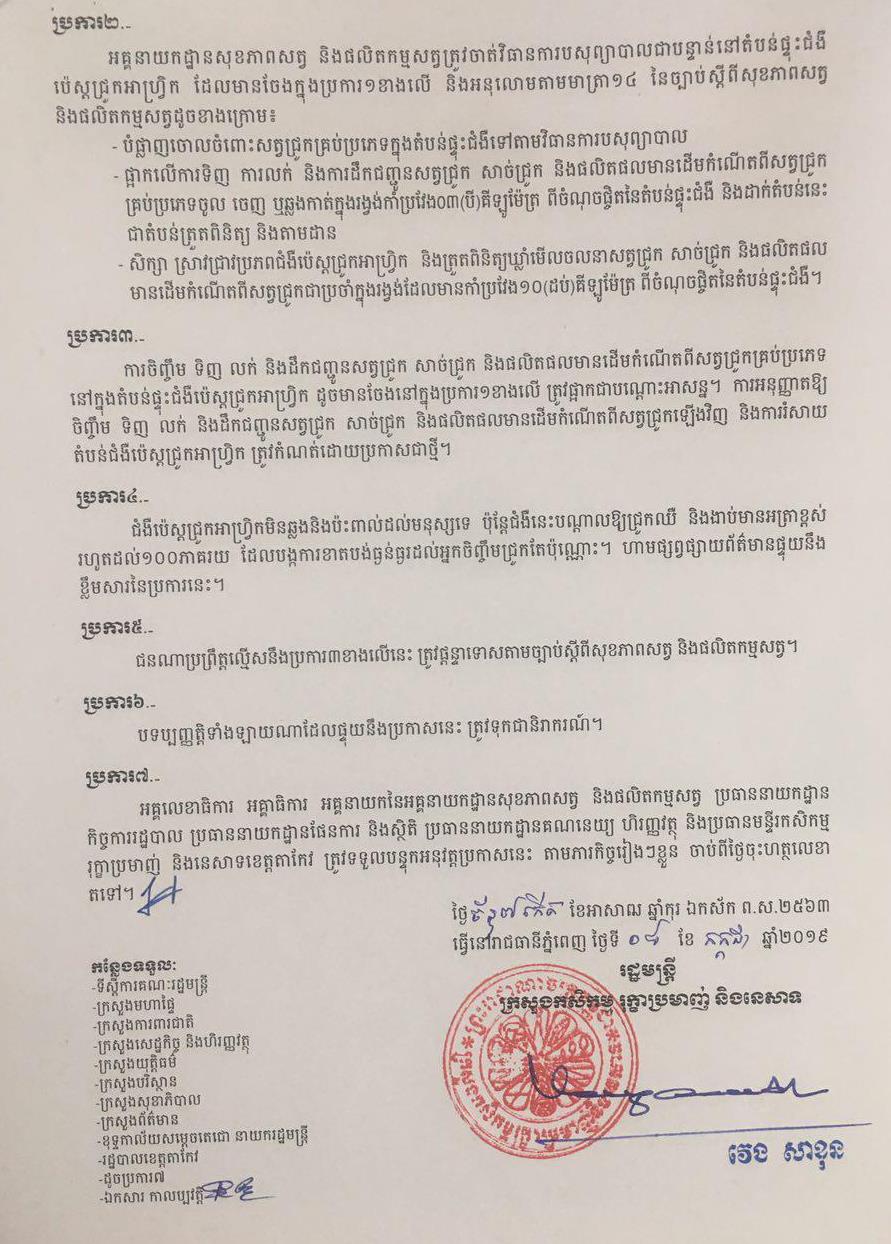