Phnom Penh (FN), July 10 – Trade and investment policy of the Cambodian and Chinese Governments have attracted many Chinese people to the kingdom in recent years. They are investors, construction workers, and tourists.

Kirth Chantharith, director general of General Department of Immigration, stated that these days, about 2 million Chinese are coming into Cambodia. Among those, 250,000 Chinese are settling and conducting business in the kingdom; some Chinese also hide here to commit crimes and anarchic activities that cause insecurity.

However, not only the Chinese commit criminal offenses; other nationalities also do.

Gen. Kirth Chantharith stated, “We acknowledge that criminal offenses exist, but the number of crimes committed by the Chinese is small compared to the overall crimes, according to report of the National Police Commissariat.”

“No group is perfect even if our family members and our community. So, we do not expect that all the Chinese living in Cambodia, over 200,000, are good people. After all, most of the crimes committed by the Chinese are among their people. We rarely see the case between Chinese and Khmer, but between Chinese and Chinese. They have issue of daily life, like the debt. It is not an organized crime like a triad, or a syndicate. It is not,” he added.

Phnom Penh, the heart of Cambodia, and the center of cultural, economic, and tourism hub, has become an attractive site for Chinese investment. About 120,000 Chinese are staying and working in Phnom Penh, including tourists. Despite the many Chinese in Phnom Penh, the number of crimes is very low. Within six months under the term of Phnom Penh commissioner Sar Thet, Chinese nationals committed only two crimes (cyber).

“The news always generalized that all the Chinese are bad, but that is not the truth," said Gen. Sar Thet.

Apart from Phnom Penh, Sihanoukville is a potential province to invest in the eyes of Chinese investors due to the presence of deep-water port, serving as the main import-export corridor. Currently, Sihanouk province has 53 foreign nationalities living and working. Among those, the number of Chinese is on the top, more than 70,000, followed by Indonesians and Malaysians.

General Choun Narin, Sihanoukville provincial police chief, acknowledged that crimes always happen in all development areas, but it is not always the Chinese who commit the crimes. Other nationalities also do.

“In Sihanoukville, we have a lot of migrant workers, more than 50 nationalities. The first measure [to ensure social order] is that we educate them and raise their awareness to understand Cambodian law; second, we prove to them that our authority is competent enough to obstruct them. Third, we enforce the laws strictly,” Sihanoukville police chief stated.

In fact, illegal acts and other unfortunate incidents caused by Chinese people provoked angers and criticisms from the locals. Cambodian people are concerned of further insecurity caused by the Chinese that would go beyond the control of the authority. However, General Kirth Chantharith in charge of immigration claimed that these crimes are fully under control, thanks to the close cooperation between Cambodia-China Governments to crack down and deport the criminals back to China.

“Ministry of Interior has close cooperation with China's Ministry of Public Security. At the end of March, our minister led the delegates to review the 2018 cooperation result and sign three more cooperation agreements, including MoU on 5-year cooperation; MoU on combating cybercrime, and MoU on law enforcement year. This year, the two ministries have set a clear plan and set 2019 as the cooperative year of law enforcement. We cooperate to crack down on all crimes, especially committed by the Chinese people,” Gen. Kirth Chantharith stated.

Phnom Penh commissioner Sar Thet echoed that Cambodia will apply measures to prevent and obstruct the crimes to everyone, not just Chinese, but all foreigners and Khmer people. The suspects and criminals must be obstructed to maintain security in Phnom Penh as well as in Cambodia nationwide. Foreigners who commit misdemeanor will be deported to their homeland. Those who committed felony will be prosecuted in Cambodia before deportation.
“In the past, we have met [with embassy] in private and official and they asked us to supervise their people who come to Cambodia as tourist and investor. They asked us to take legal action against those who commit crimes in accordance to Cambodian laws, and support the good Chinese who come here to invest and contribute to Cambodia’s economic growth,” said Phnom Penh commissioner Sar Thet.

“They [Chinese Embassy] do not protect criminals, but they do protect investors,” he added.

Both the Cambodian and Chinese authority commit to prevent and obstruct crimes committed by Chinese people in Cambodia.

Political counselor of China’s Embassy in Cambodia Zuo Wenxing stated that the Chinese side has called on Chinese people coming to Cambodia to adhere to the laws and regulations, and to respect the traditions of the locals. In addition, the Chinese Embassy actively take measures in response to crimes and problems committed by the Chinese people in Cambodia.

She stated that, “2019 is the year of law enforcement cooperation between China and Cambodia. Chinese and Cambodian authorities have jointly arrested and deported 525 Chinese nationals back to China, which is a serious warning against the Chinese criminals.”

The Chinese Embassy believed that all the transnational crimes will be resolved under the strategic leadership of the two leaders, and between law enforcement authority of both countries. The security cooperation of the two countries will as well continue to advance to a new level, providing a strong support for the development of the two countries' relations, particularly under the framework of Belt and Road Initiative.

Chinese businessmen and investors have played an important role in the development of Cambodian economy. As of April 2018, China has invested approximately USD 17 billion in Cambodia, and that 2 million Chinese tourists visited the kingdom in that year alone.

“Cambodia-China, the ironclad friend, have struggled together, defended, and supported each other for many years. In recent years, the relation between the two countries has grown rapidly, and all-sector cooperation has achieved an unprecedented level,” Chinese Embassy’s political counselor Zuo Wenxing stated. 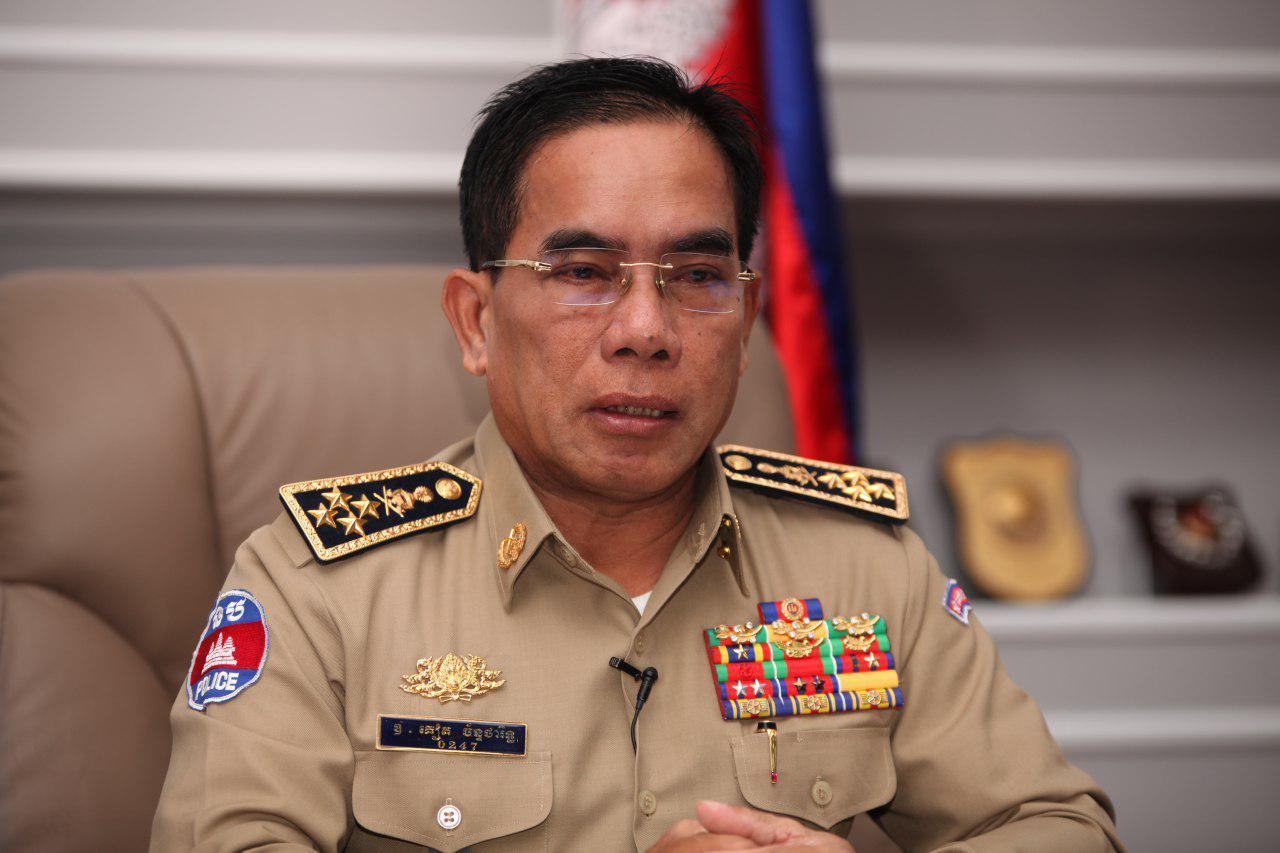 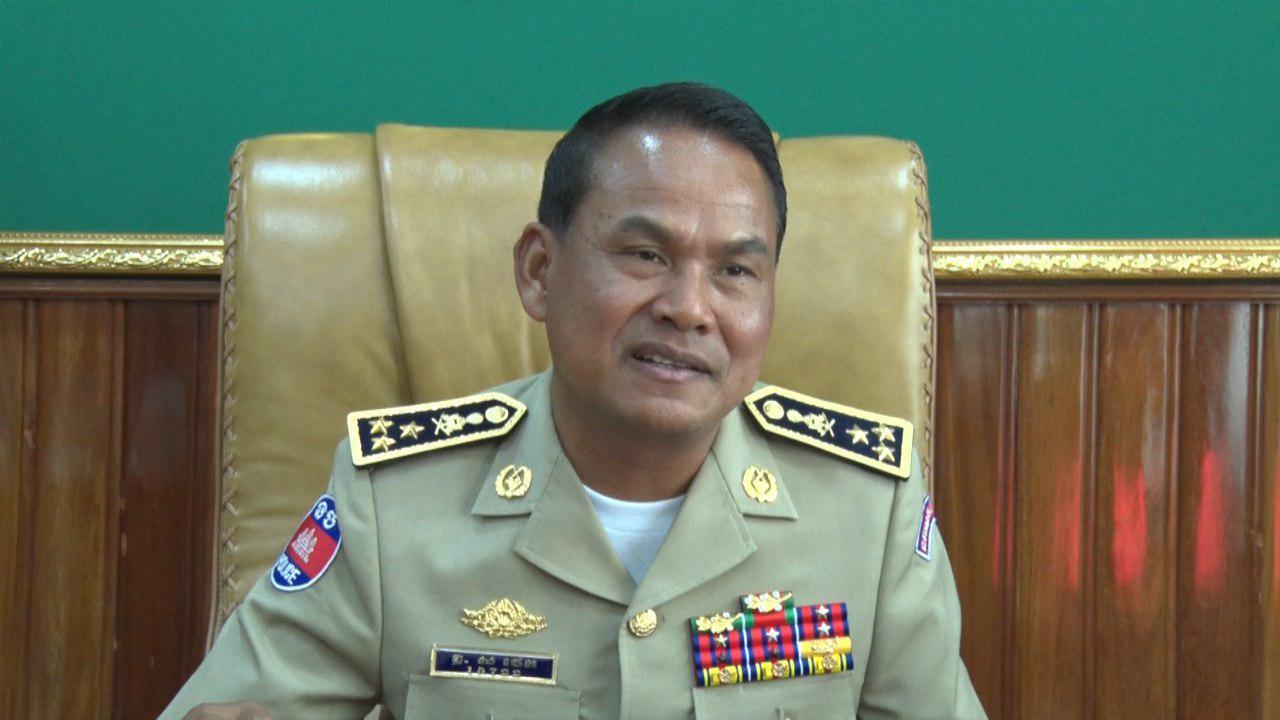 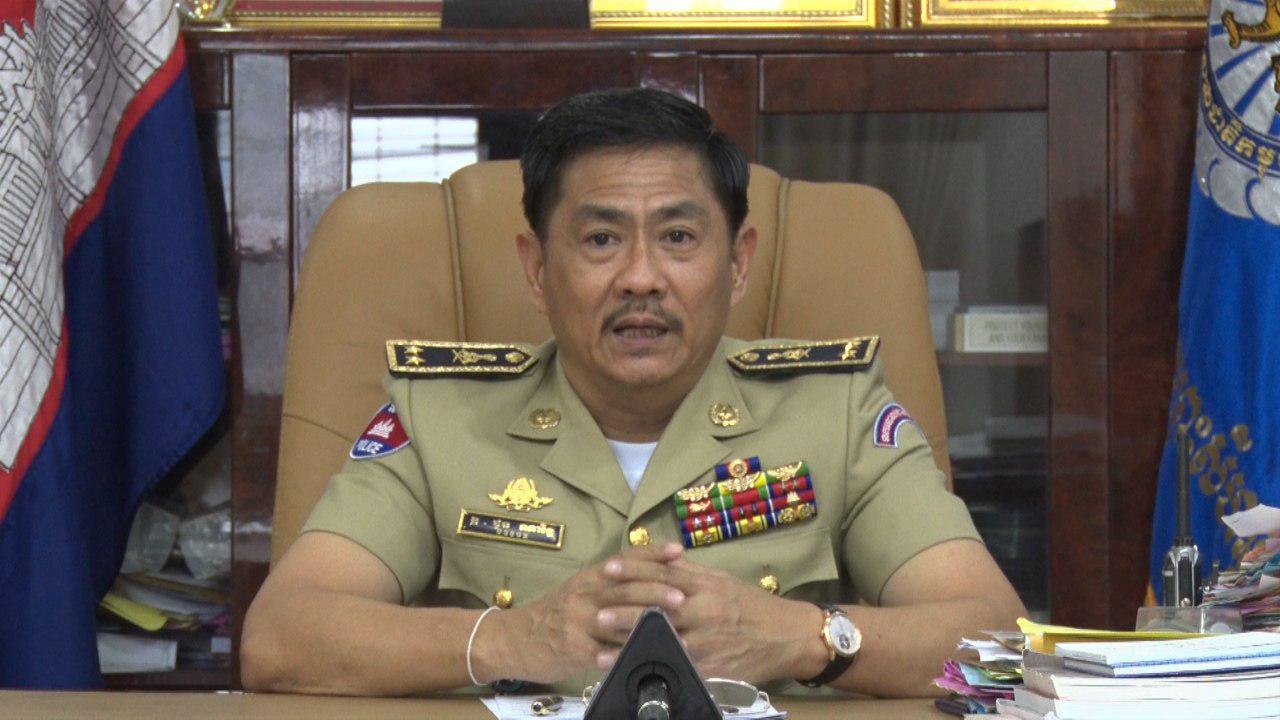 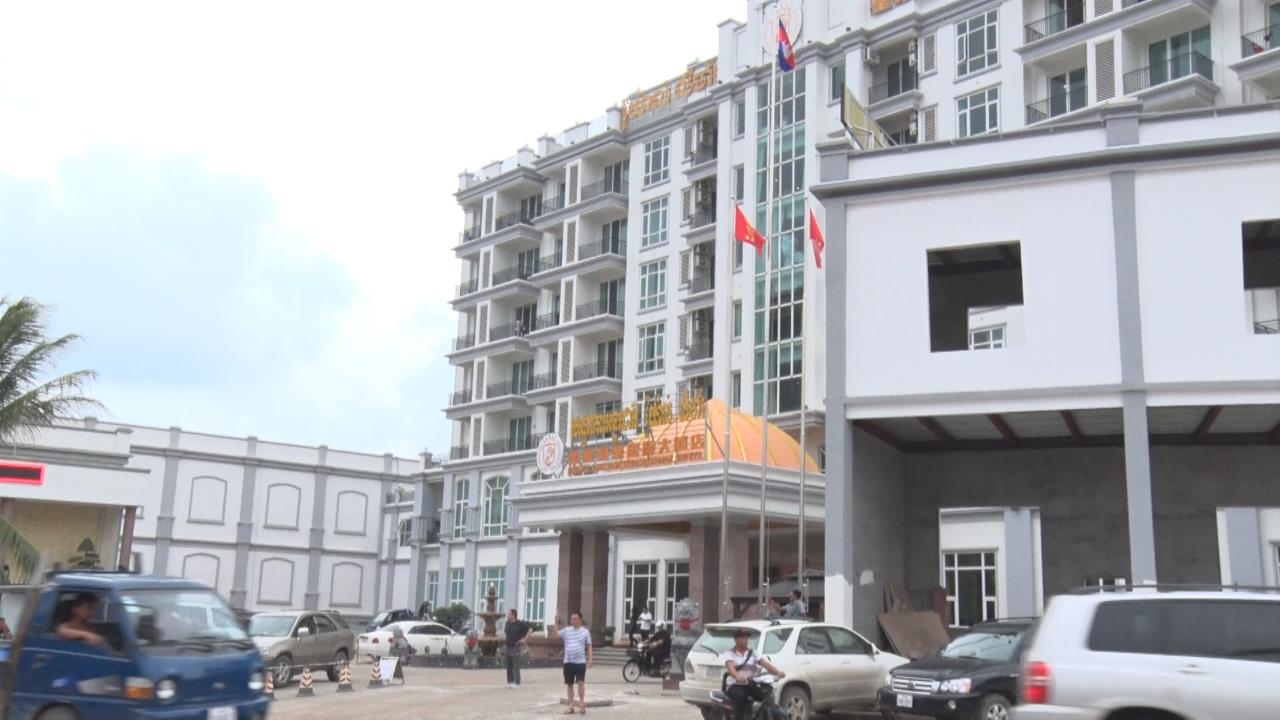 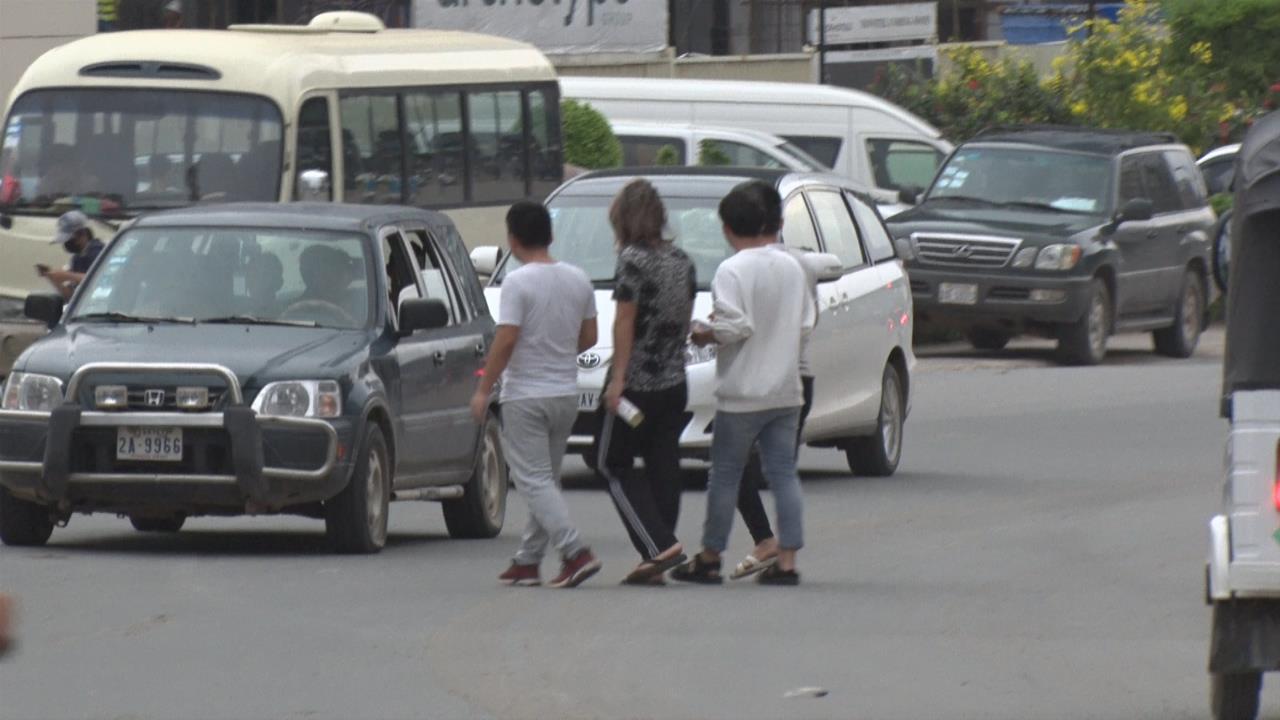 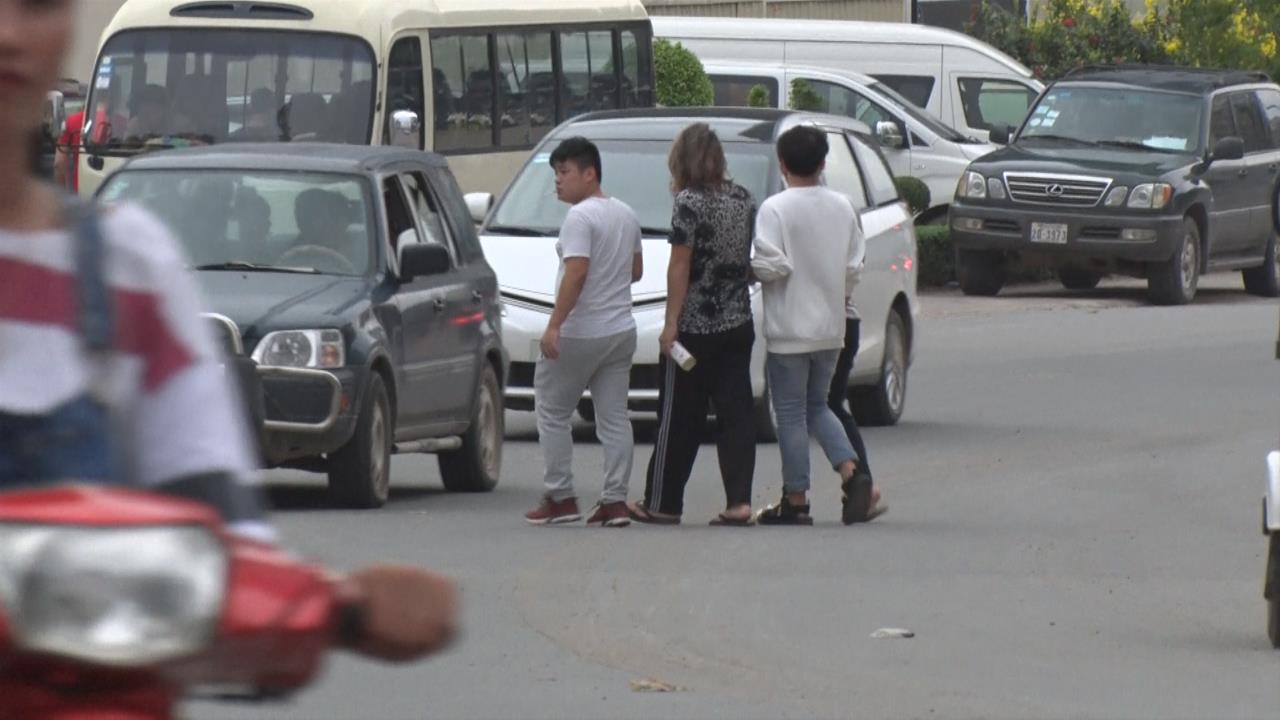 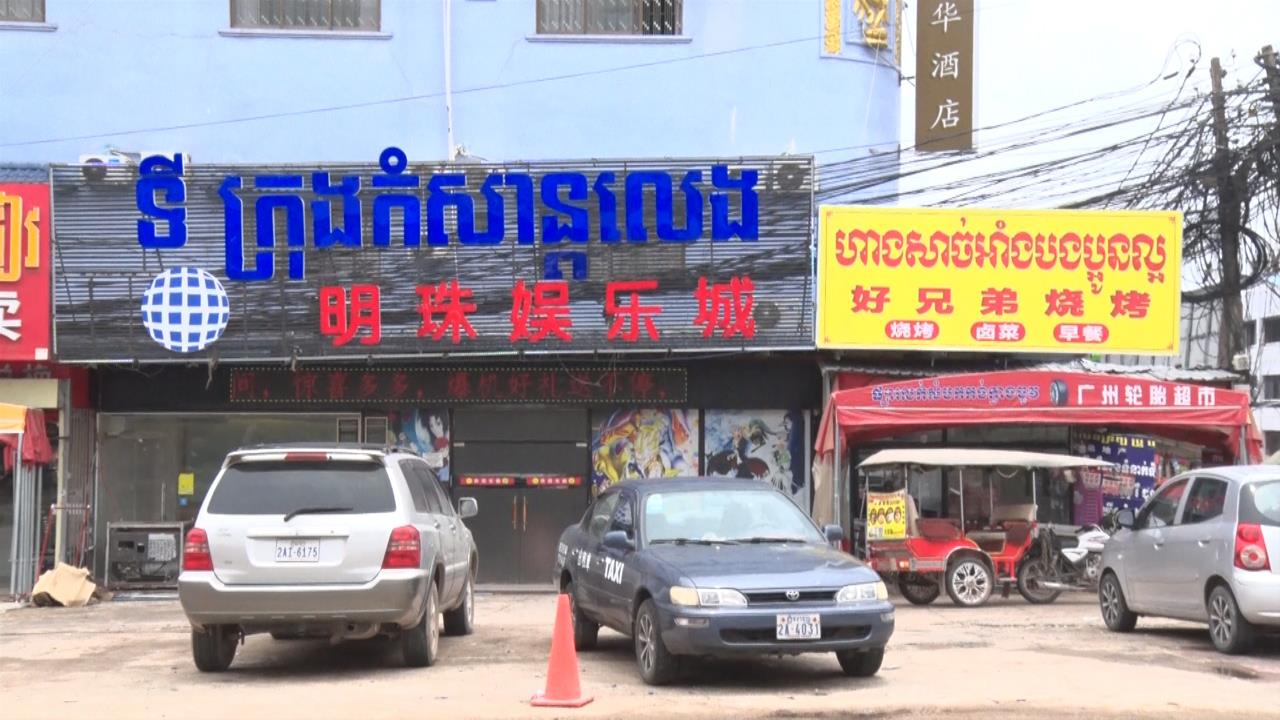 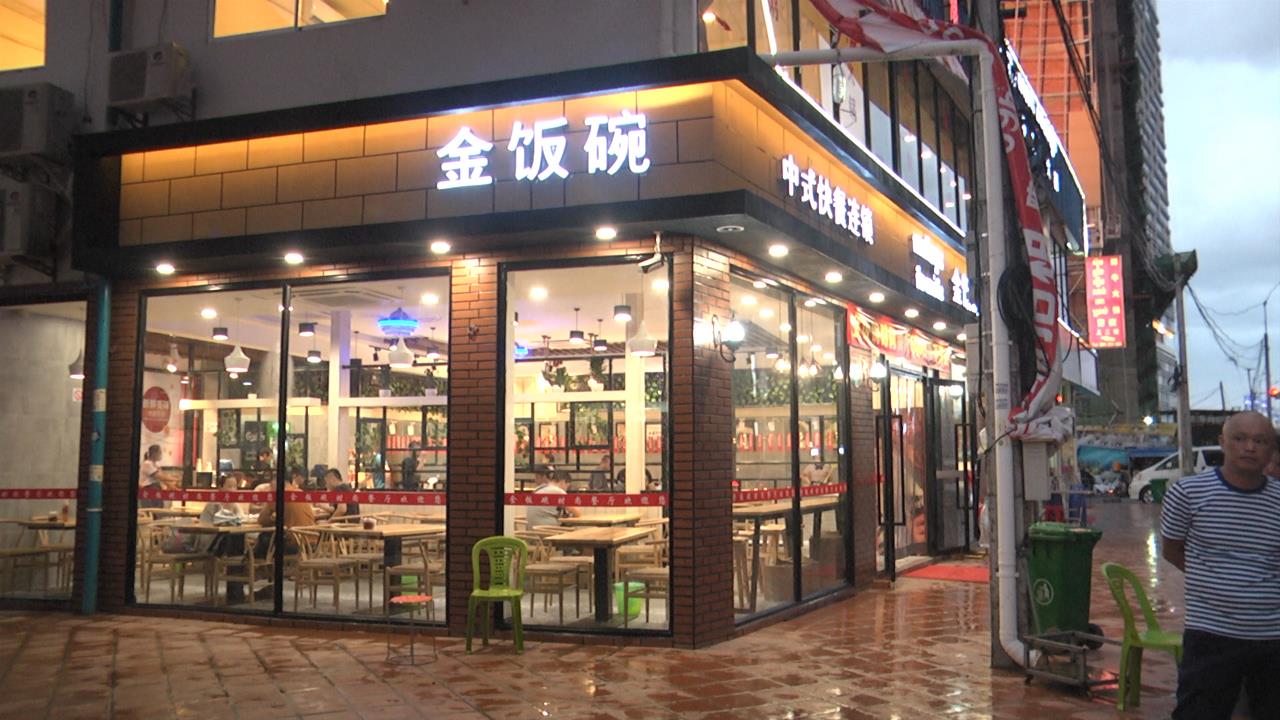 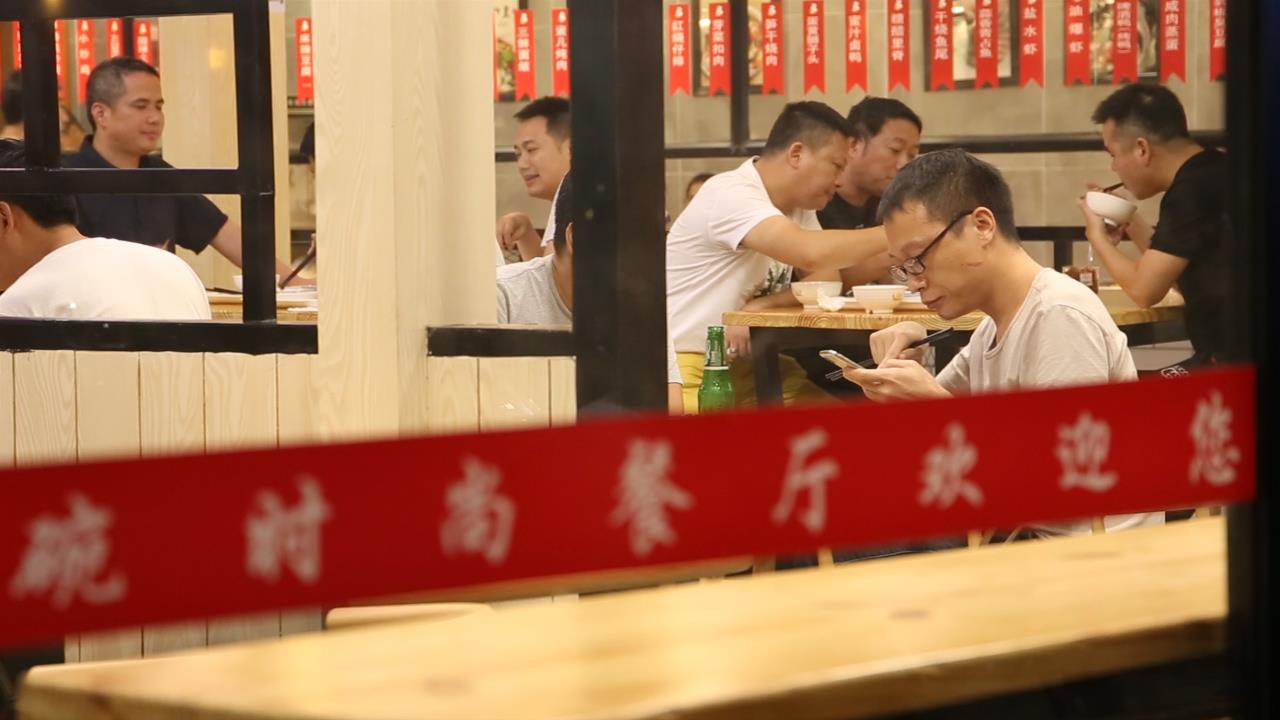 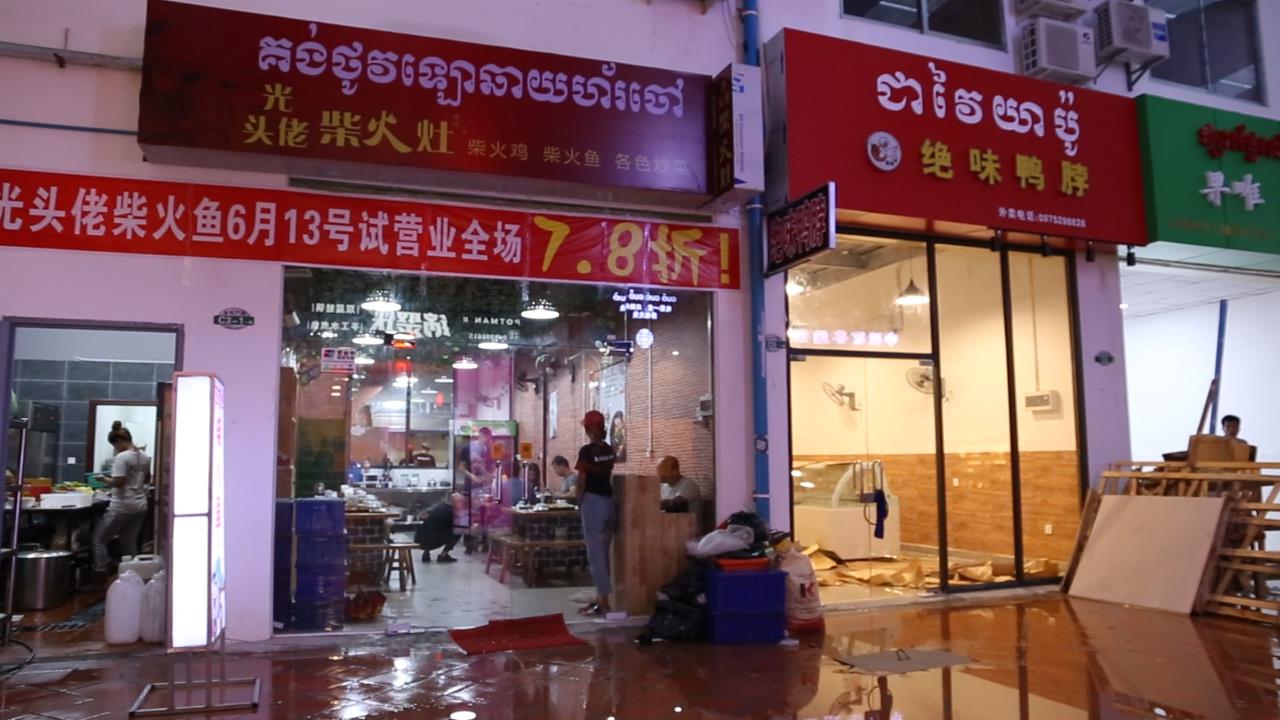 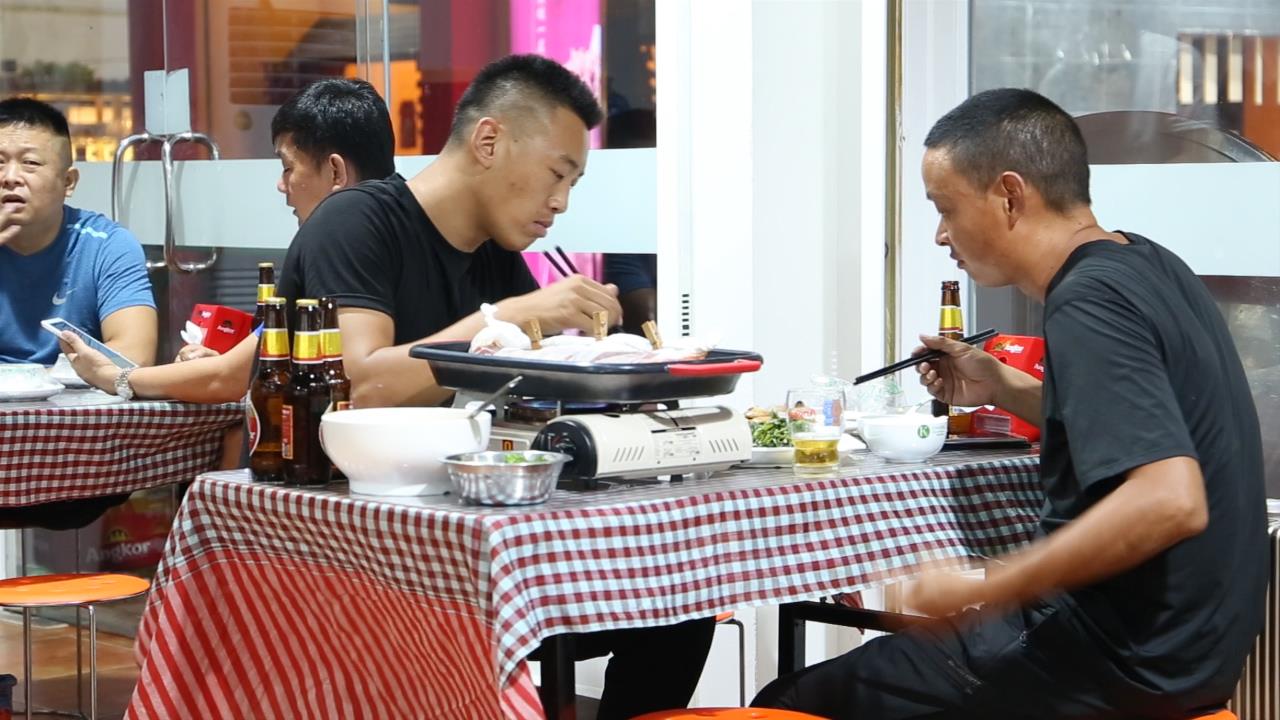 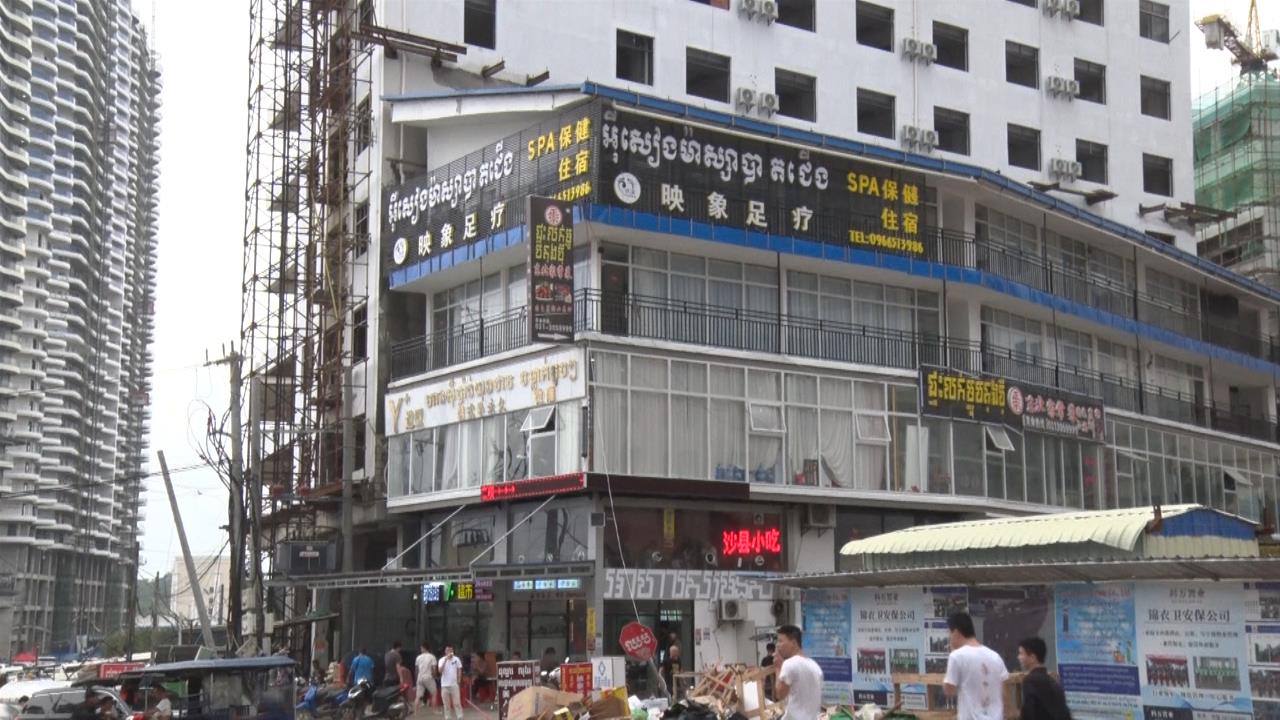 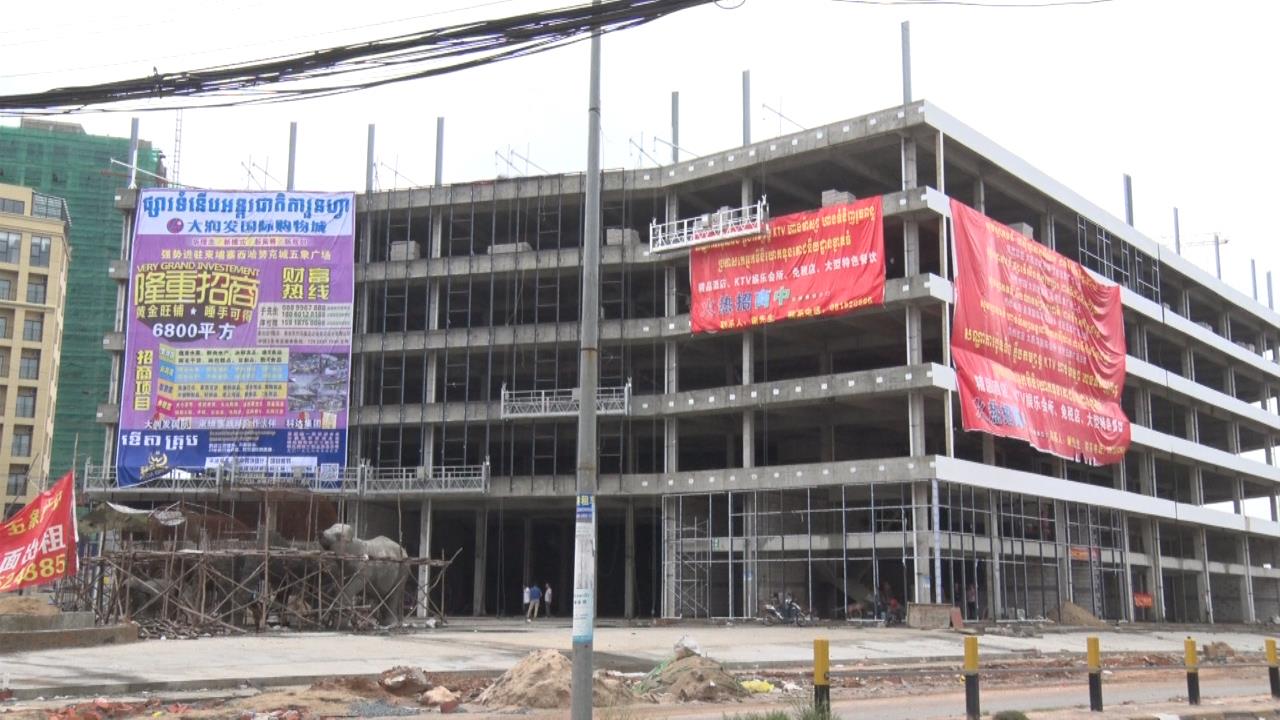 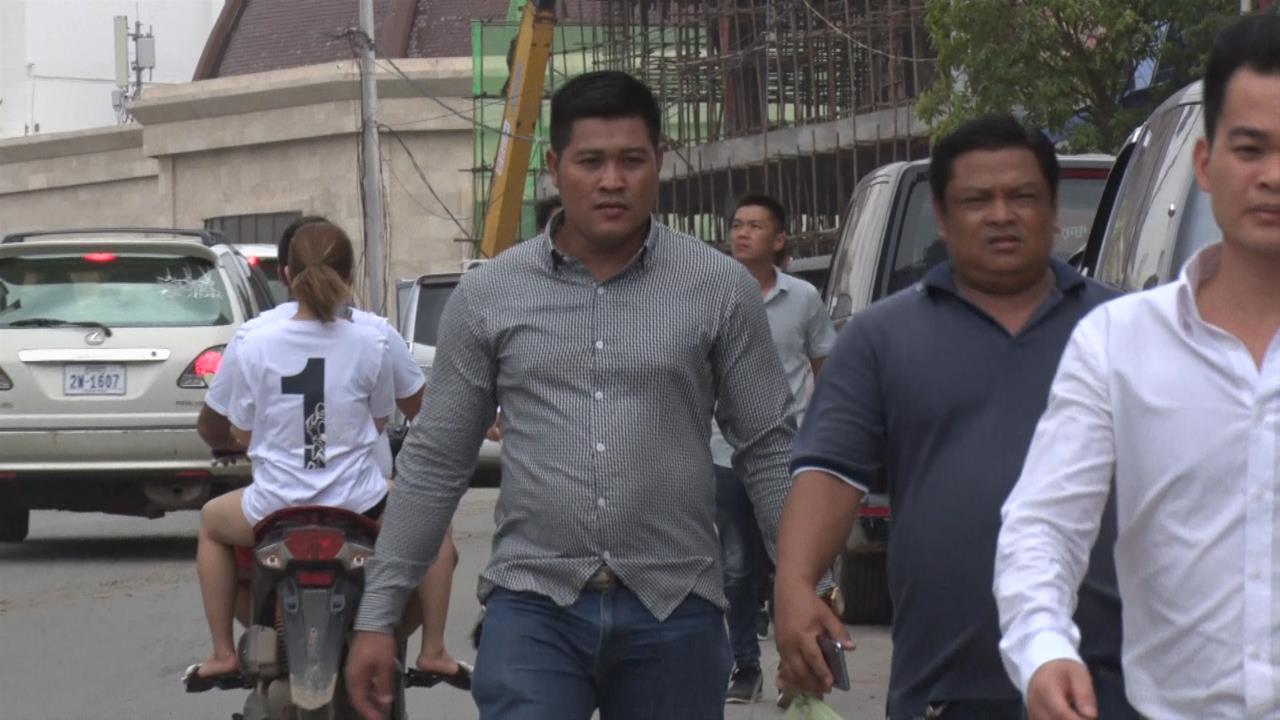