The diplomatic ties between the two countries will promote mutual understanding and strengthen relationships, friendship, and cooperation between their peoples, following the purposes and the principles of the United Nations Charter and the international law; particularly, the respect and promotion of peace and international security, equality, national sovereignty, independence, international treaties, territorial integrity, and non-interference in the internal affairs.

Cambodia-Monaco diplomatic relations will be based on the provisions of the Vienna Convention on Diplomatic Relations 18 April 1961.

To date, Cambodia has established diplomatic relations with 172 countries with a total of 60 overseas representative offices. As of 2018, Cambodia has signed a visa exemption agreement for holders of diplomatic and official passports with 34 countries.
=FRESH NEWS 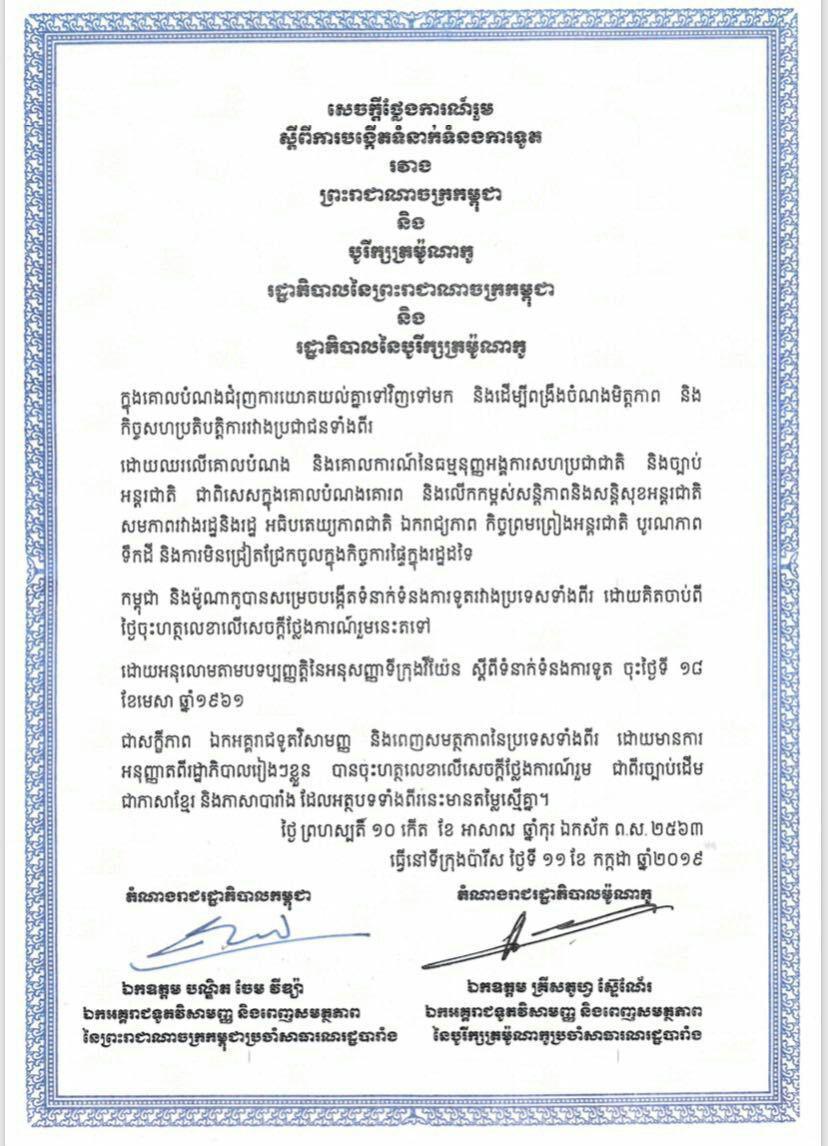 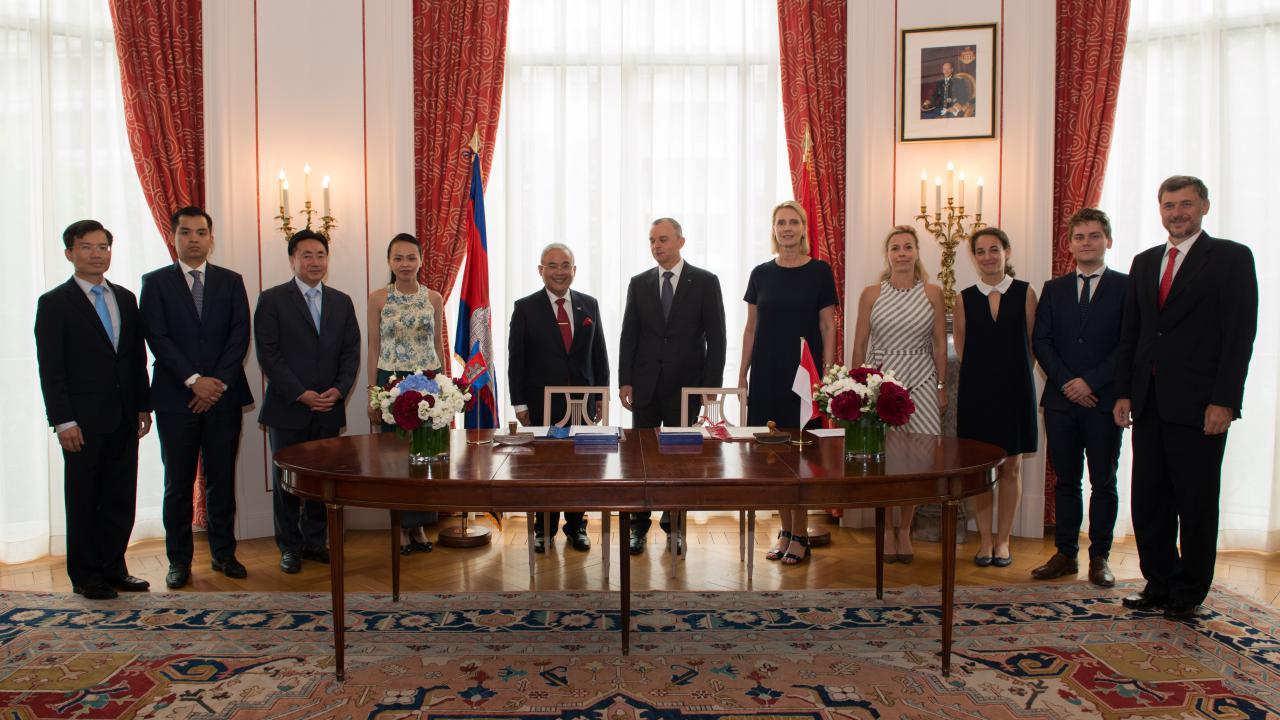 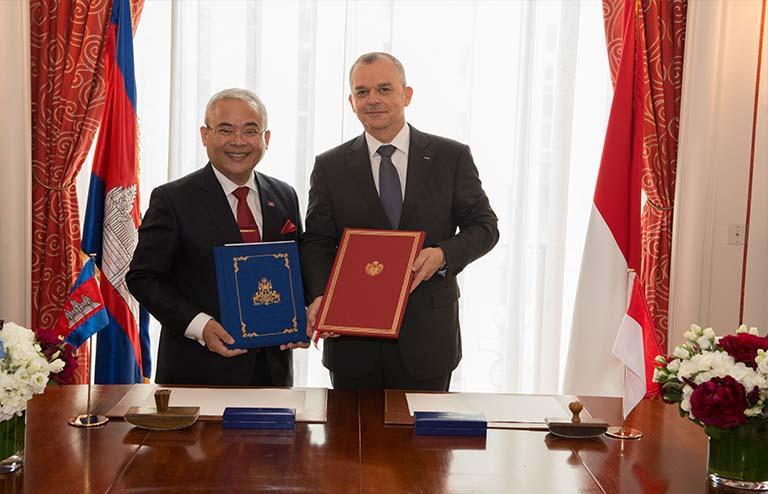 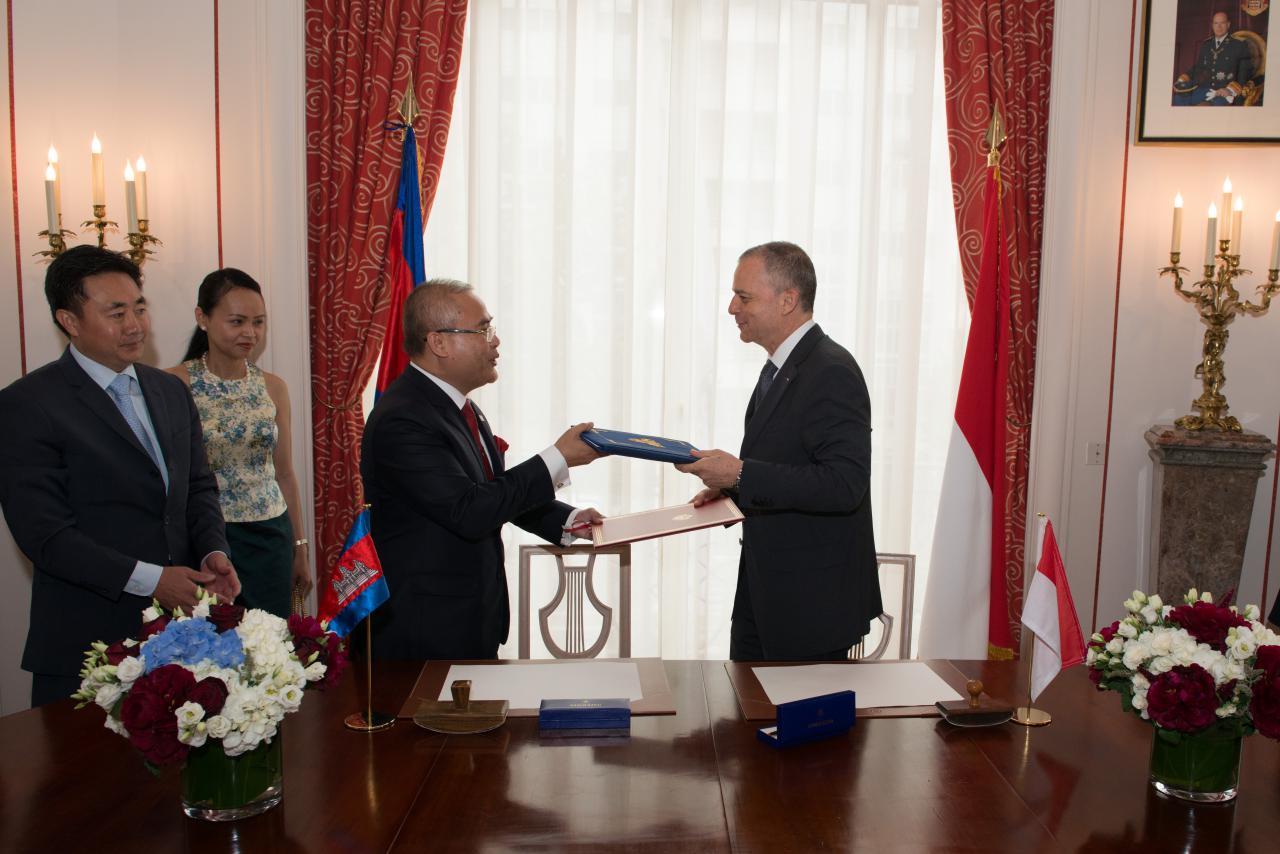