The National Assembly considered the adoption of the bill “backwarding of Cambodia-United States efforts to promote all-sector partnerships based on mutual interests and respect”, according to the statement dated Wednesday.

The statement continued that despite the injustice and unilateral sanctions imposed by the United States, the Royal Government of Cambodia has chosen a positive and sincere approach to further embrace cooperation with the United States in all fields.

The spokesman for the National Assembly called on the US Congress to rethink its biased positions toward Cambodia, which is committed to exercising its democracy.

The spokesman also supported the statement of Cambodian foreign affairs ministry dated Tuesday, which stated that the ministry is utterly disappointed over the bill’s content, and emphatically dismisses its groundless accusations against the Cambodian government based on twisted, selective and out-of-date information and driven by political motivation and double standards. 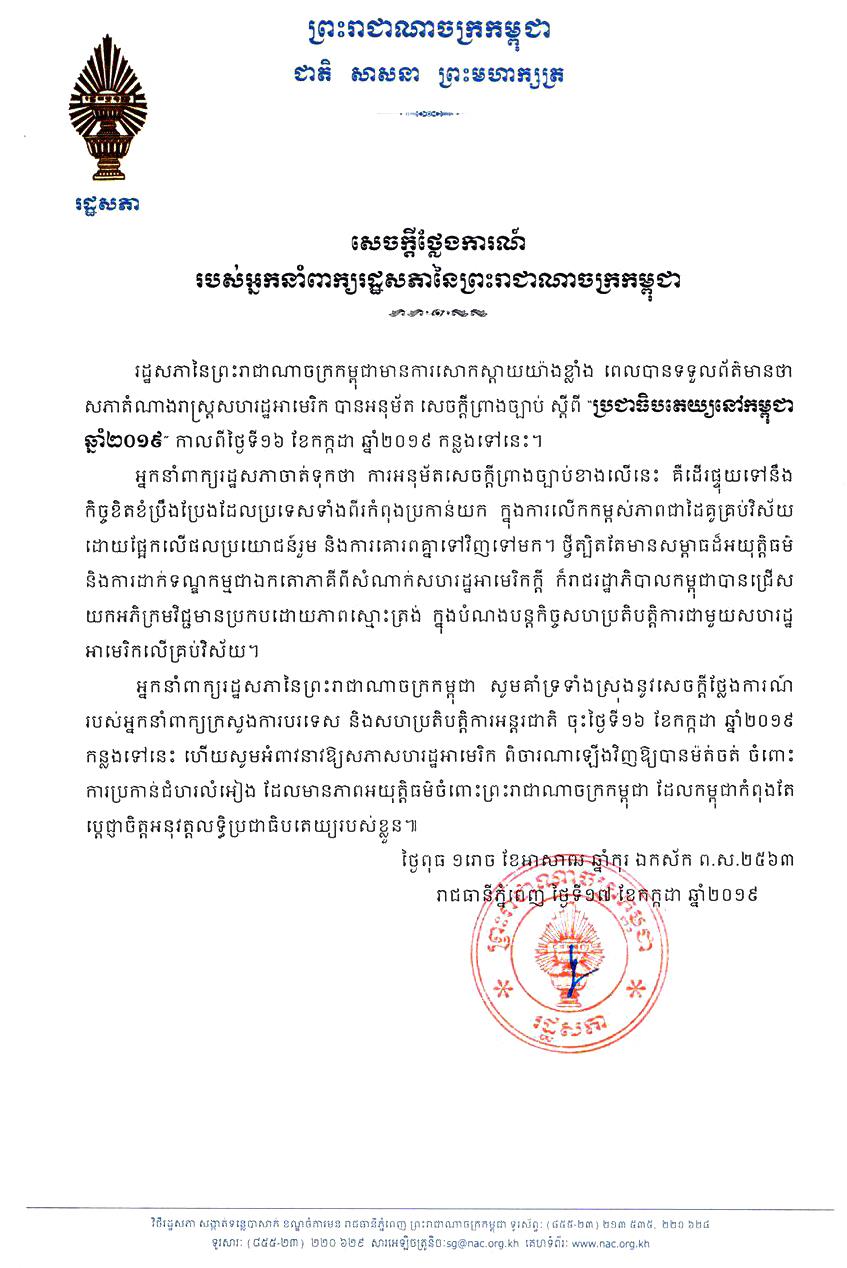