Phnom Penh (FN), July 18 – Cambodia’s Senate regrets to learn the passing of Cambodia Democracy Act of 2018 by American lawmakers, according to the statement released on Thursday.

The Senate considered the adoption of the bill an interference in internal affairs of Cambodia as a peaceful, independent, and sovereign nation; and pledged to absolutely fight against interferences in any forms.

The Senate urged Cambodia-United States to promote relations and cooperation in all fields for based on mutual interests and respect. 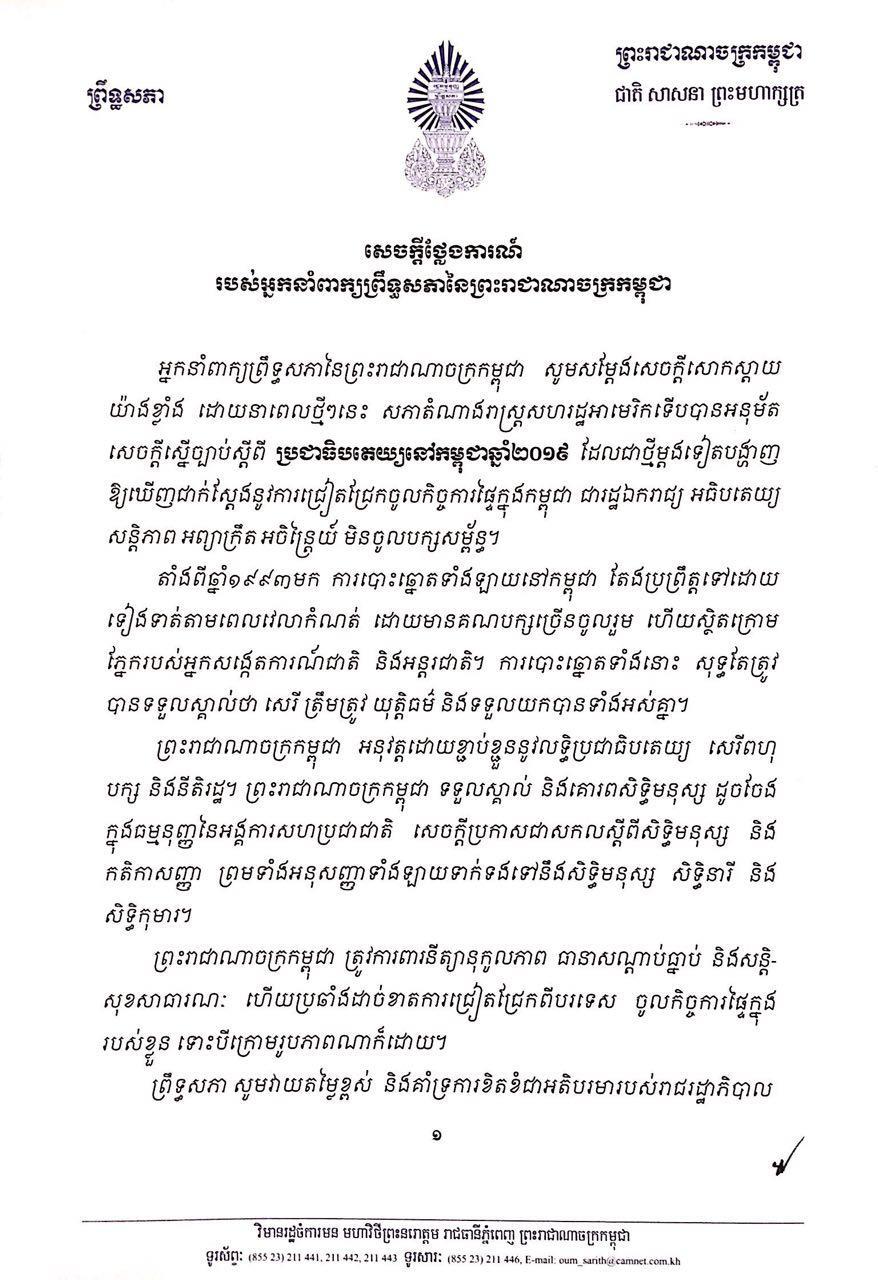 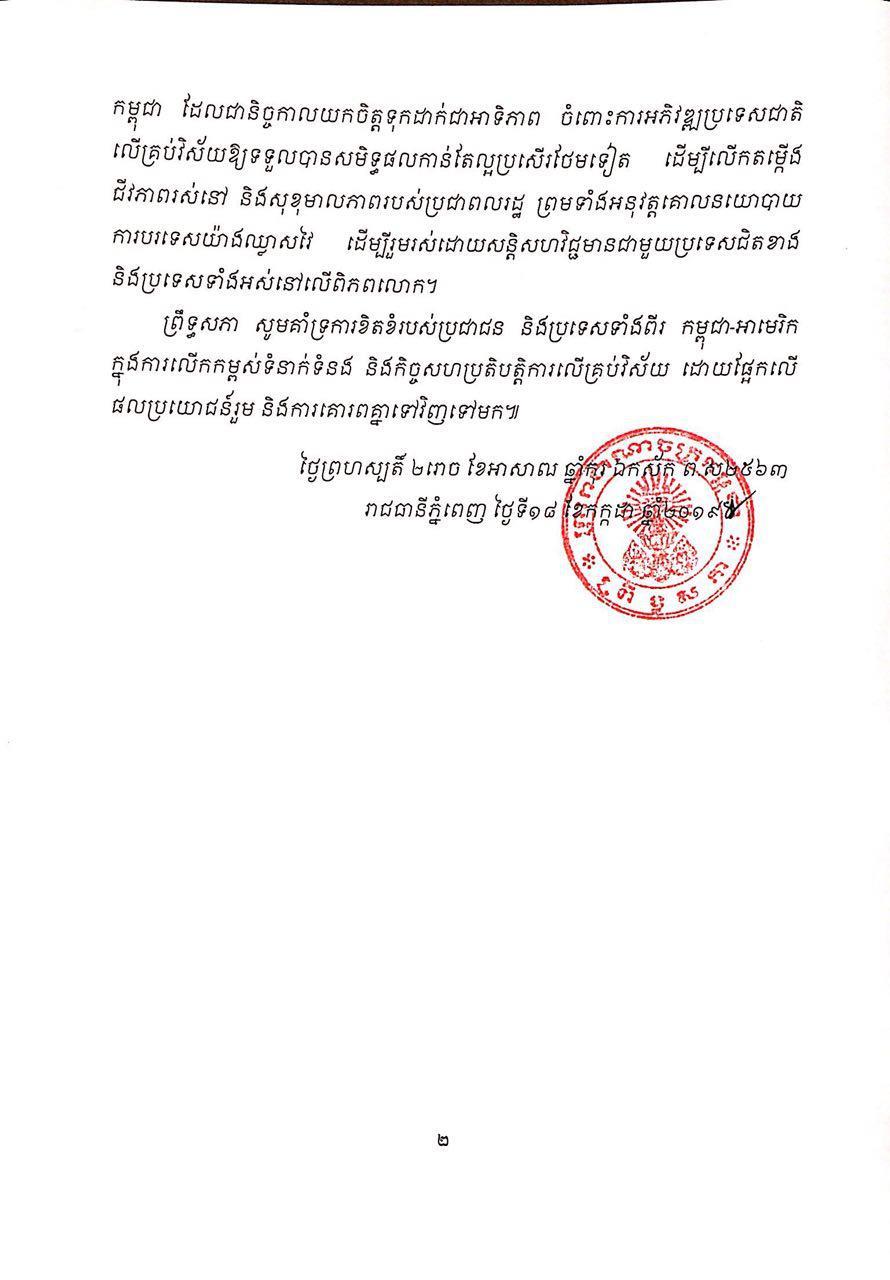