The Withdrawal of 190-hectare of Land from ING Holdings Company of Oknha Ing Bunhoaw Does not Affect the on-going ING City Development Project, Only a Small Part Adjusted from the Chheung Ek Lake Reservoir of 520-hectare.

Phnom Penh (FN), July 22 – ING Holdings Company of Oknha ING Bunhoaw, a major player in Cambodia's property and finance industries, issued a corporate notice to inform the public about the revocation of 5 ownership titles of immovable properties of the company, an equivalent to the size of 190 hectares of land in relevant to the permission for the Company to develop physical infrastructures in Chheung Ek Lake Reservoir.

In this matter, the Company assures that “the revocation of the five land title deeds of ING Holdings Co., Ltd, an equivalent to 190-hectare as stated in Government Decision #694 dated 21 May 2019 and Announcement #064/19 dated 15 July 2019 of Phnom Penh City Hall is a part of the Chheung Ek Lake Reservoir of 520-hectare only and does not affect the whole on-going development of ING Holding’s satellite city in Phnom Penh’s Mean Chey District, Dangkor District and Kandal’s Takhmao City (see the map and layout of the 190-hectare area of Boeung Choeung Ek reservoir),” ING Holding wrote in its announcement dated 22 July 2019.

The notification of ING Holdings takes place after many people misunderstood that the Royal Government cancelled the whole development of Satellite City.

In regard to this issue, the Phnom Penh City Hall also confirmed through her Spokeperson, Mr. Meth Measpheakdei to Freshnews on 22 July 2019 that “The recent announcement made by Phnom Penh City Hall on 15 July 2019 on the allocation of 190-hectar for the development is being adjusted from the 520-hectar of the Reservoir Lake which is the state public property”.

It is worth noting that on 1 November 2018, ING Holding Co., Ltd. was granted the development projects by the Royal Government to develop canal system, water treatment station and grand water pumping stations and in return ING Holdings received the 190-hectare of land, part of the total area of 520-hectare Cheoung Ek Lake reservoir. The company planned to develop this granted area into commercial complex, residential zone, hospital, school and green space as stated in the Government Decision #801 dated 17 July 2018 and Sub-decree #148 dated 01 November 2018 of the Royal Government of Cambodia to adjust Chheung Ek Lake in Mean Chey District, Dangkor District of Phnom Penh City and Takmao City of Kandal Province.

Currently the said 190-hectar of land had been transferred by the Royal Government to the other developer in order to continue the development as stated in Government Decision #749 dated 30 May 2019 of the Council of Ministers. Phnom Penh City Hall also issued a letter #064/19 dated 15 July 2019 on the Land Measurement and Boundary Determination in Chheung Ek Lake locates in Mean Chey District and Dangkor District of Phnom Penh City (the 190-hectare of Land in the Chheung Ek Lake).

Therefore, the development area of 190-hectare of Chheung Ek Lake in which the Government withdrew from ING Holdings Co., Ltd and transferred to other developer does not affect the development of Satellite City of ING Holding Co., Ltd. 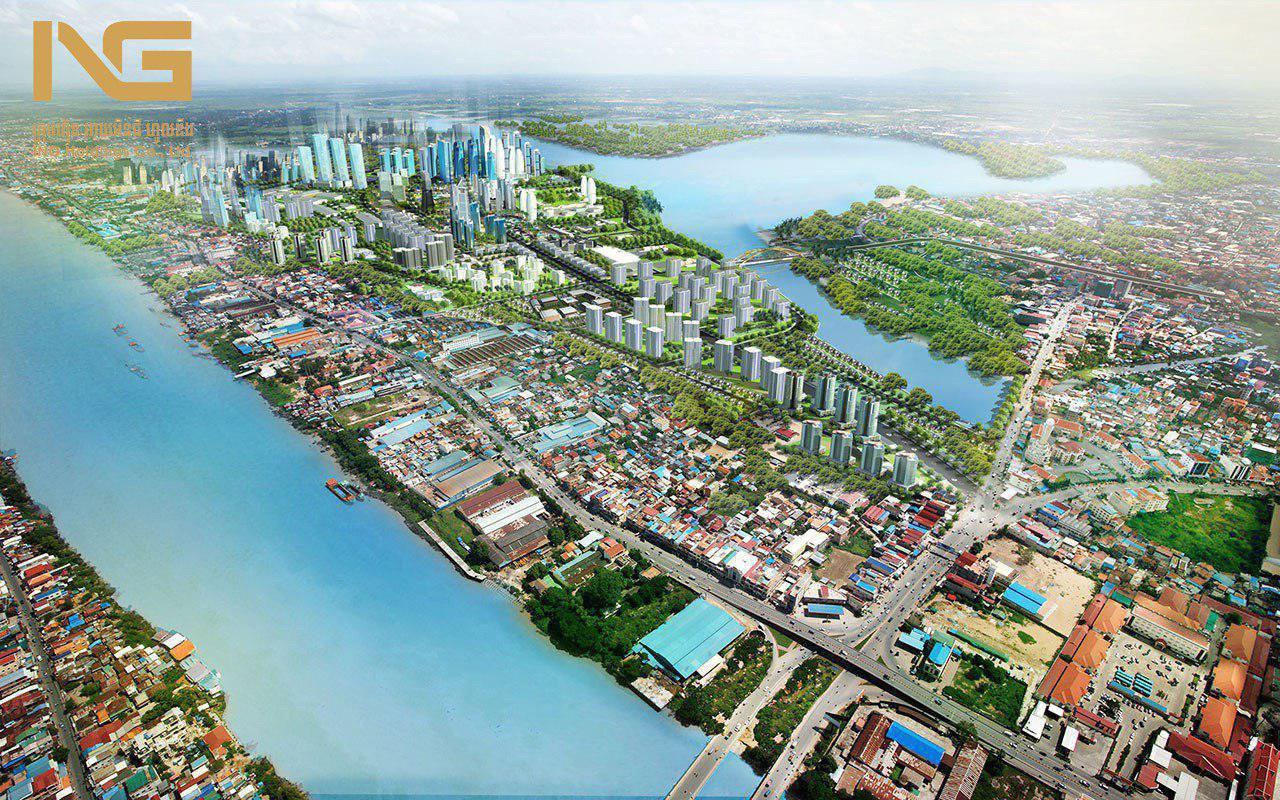