Gen. Hing Bun Heang also announced on Monday morning a serious action on those people who disseminate fake news to cause social chaos and political instability.

His reaction came after a Facebook account Seng Ratana posted earlier Monday that, "Hing Bun Heang is in Thailand, ready to accompany and protect the acting president Sam Rainsy for his return to Cambodia in September, so this is a very enjoyable and exciting news. More than 20 other generals are also ready to accompany him at the Khmer-Thai border.”

General Bun Heang announced that the bodyguard forces under his orders were indeed ready, with a handcuff, to arrest the convict Rainsy when entering Cambodia.

Cambodian Prime Minister Hun Sen warned to arrest an exiled former opposition leader Sam Rainsy if he dares to return to Cambodia, speaking in the meeting with more than 1,200 Cambodians living in Europe in the evening of 4 July in Geneva, Switzerland.
=FRESH NEWS 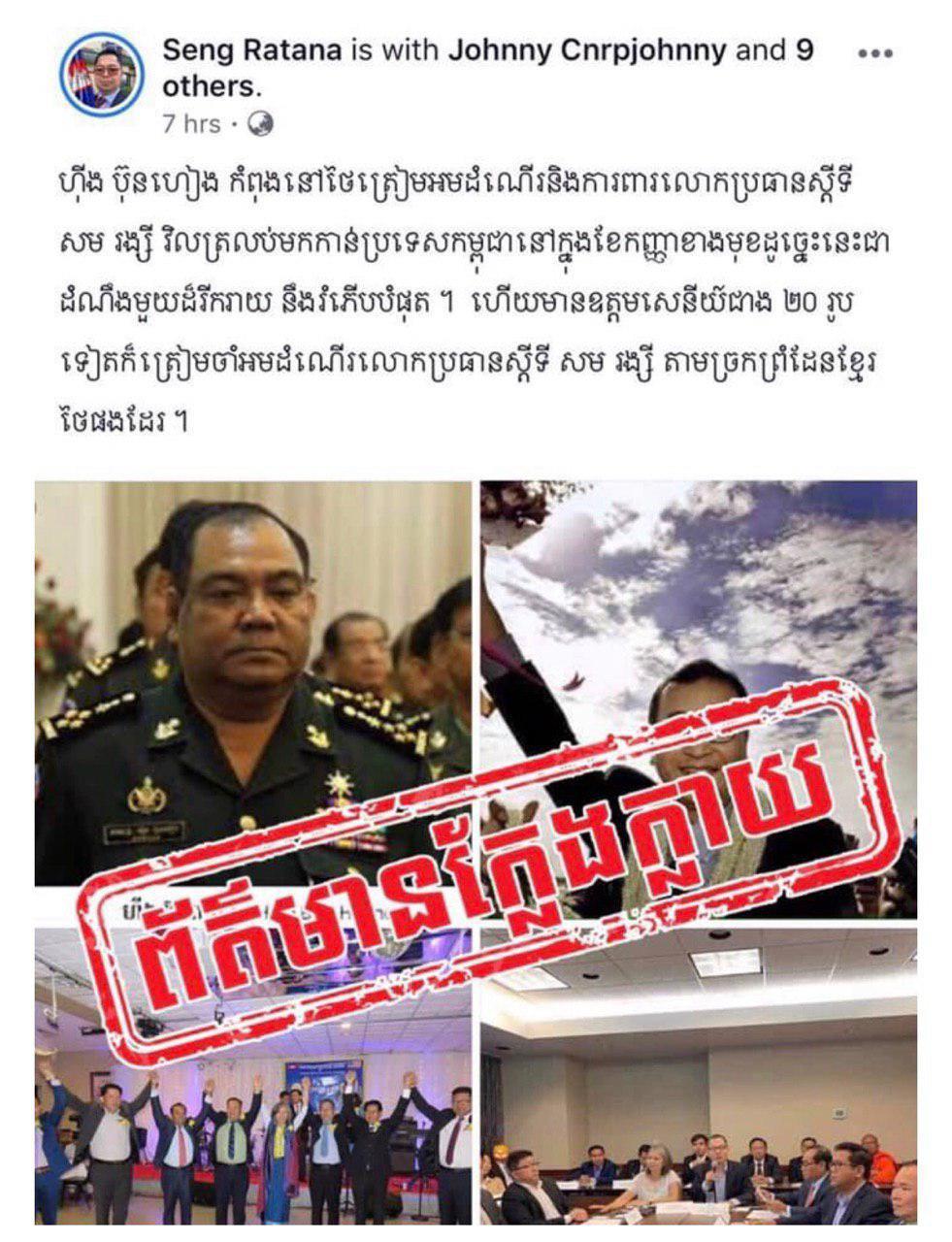