Phnom Penh (FN), July 22 - Ouch Borith, Secretary of State of the Ministry of Foreign Affairs and International Cooperation, led a Cambodian delegation to attend the Ministerial Meeting of the Coordinating Bureau of the Non-Aligned Movement (CoB-NAM) in Caracas, Bolivarian Republic of Venezuela on 20-21 July 2019, according to the ministry’s press release dated Monday.

Delivering Cambodia’s statement, H.E. Ouch Borith highlighted that: “The world is witnessing occurrences when foreign countries impose standard of governance upon others, voice out their preferences of other countries’ leadership, decide on a country or government’s legitimacy, claim to act on behalf of other countries’ people, and rank other countries by their multiple standards based on their own national and geopolitical interest.” 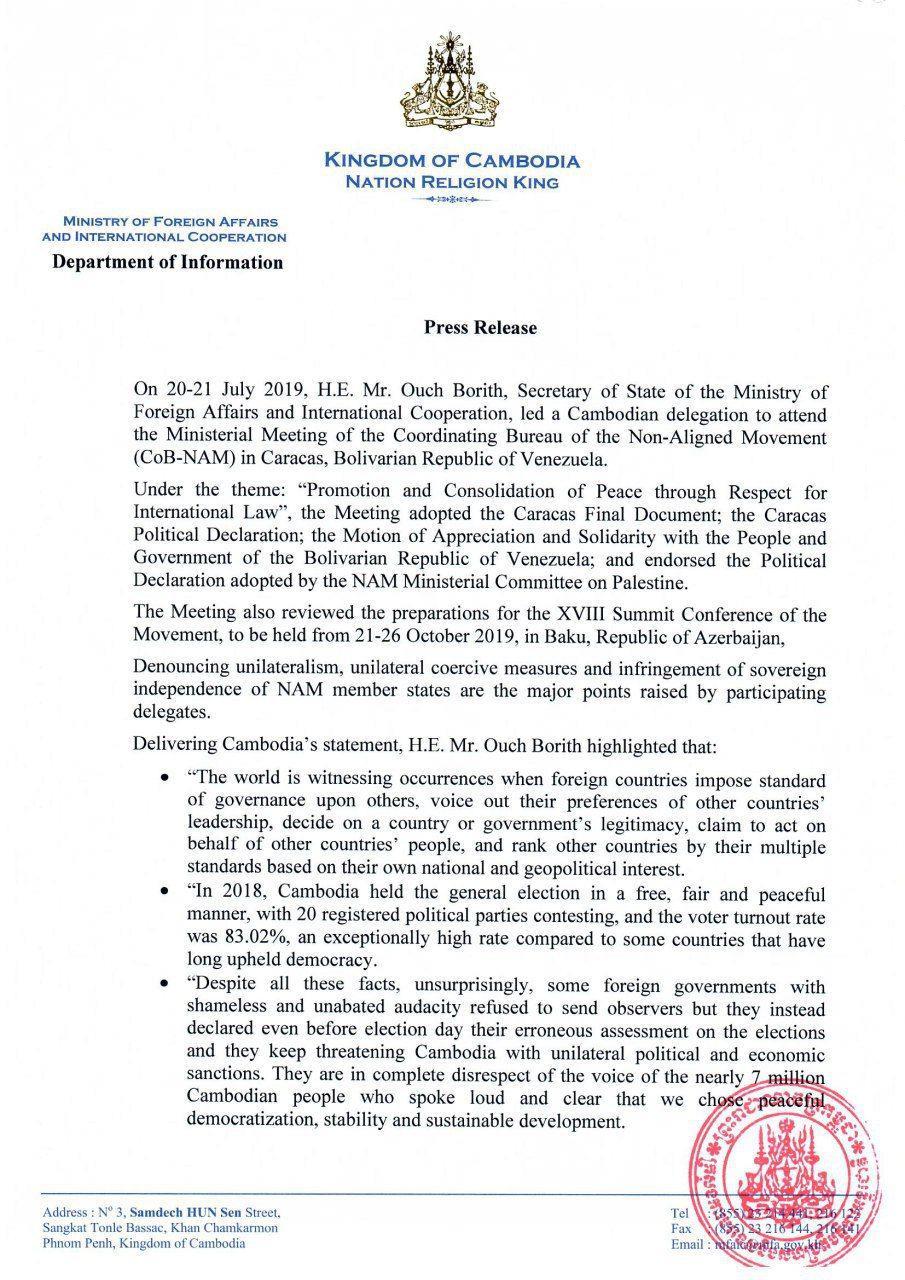